Its been interesting to continue to hear stories of events that occurred in the state tournament this past weekend. Rick has had a challenging time trying to sort through a season's worth of photos and video for the high school boy's banquet next Monday. He managed to compile a handful to share with me. Its a bit tricky trying to navigate the rules of photography at the state tourney level and how to share your work publicly. 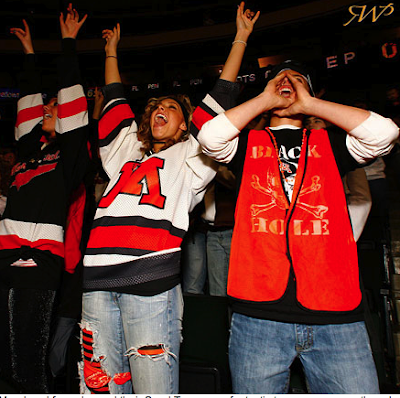 Rick rented a fish eye lens for some cool shots of the fans and the crowd. This was taken right before the Championship game. 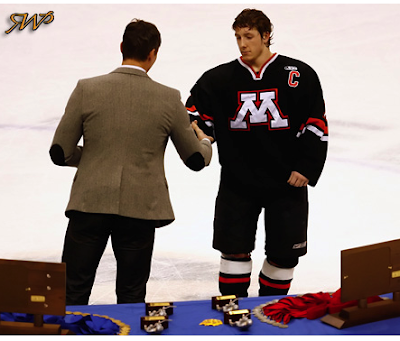 This picture, to me, is one of my favorite moments of the tourney. Let me explain. In 2005, Cory Johnson played in the state tournament hockey game. Nolan, who was 4 at the time and in his first year of hockey, looked up to Cory. At the semi-final game we sat next to a woman wearing a button with Cory's picture on it. Nolan spotted it right away. So I asked her about it and she told us she was his mom. Nolan's eyes got big. I shared with her how much of a fan Nolan was of him. She replied, yes he is a good player, but he isn't my only one. She went on to say she also had a son named Trent who was a good hockey player as well. We chatted throughout the game and I couldn't help but notice the way her eyes danced with excitement when she talked about her sons. The game was a battle and we cheered in awe of the boys and their talents. I learned later on, Mrs. Johnson was in a fight of her own. She had lung cancer with a poor prognosis. She passed away later that year.

Flash forward to 2009. It is now Trent's senior year. He is a captain of the hockey team. I couldn't help but think how proud his mother would have been to see him play the game of his life Thursday night when he helped knock off the #1 team in the state. But the most fitting moment came at the awards ceremony. If you know any hockey history, you may recall the coach of the "miracle on ice" 1980s team, Herb Brooks. He is famous for helping the United States win the gold medal by beating the Russians. And he is also well known for his saying that the name on the front of your jersey is more important than the name on the back of your jersey. You can read more about it here. Sadly, the beloved coach was killed in a car accident in 2003. His family has created the Herb Brooks foundation and because of his love of the Minnesota State Hockey Tournament, one player is selected for the Herb brooks award at the end of the Championship game. It is given to the most qualified hockey player in the state tournament who strongly represents the values, characteristics, and traits that defined Herb Brooks. Trent Johnson was the recipient of the 2009 award. In the eyes of every person I have talked to, he is very deserving. 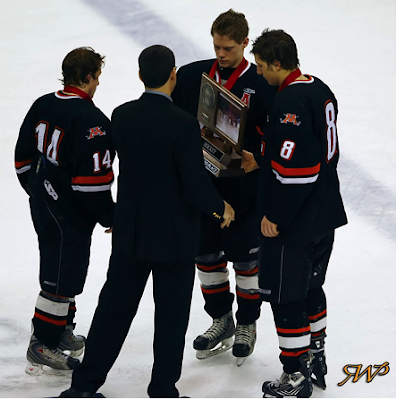 Here are the Captains of the Moorhead team accepting their second place trophy. 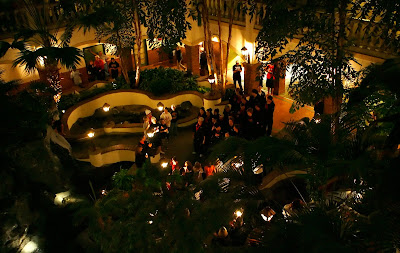 This happens to be another of my favorite moments of the tournament. We had a big reception for the players at our hotel after the game. They had been emotionally devastated after the game and when they walked into the courtyard of the hotel it erupted into literally minutes of loud clapping and cheering. Every balcony from the second through the sixth floor was crammed with fans leaning out cheering for them. It was 11 o'clock at night and there was an ambient glow throughout. We hoped they could feel how very proud we all were of them. 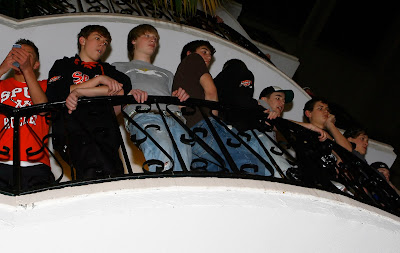 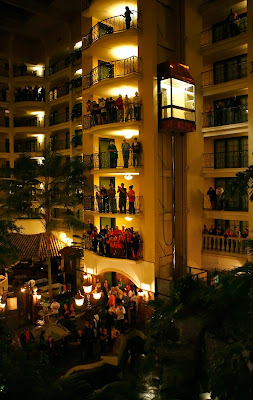 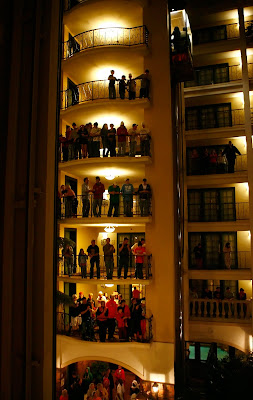 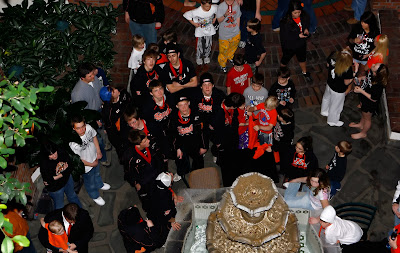 The rest of the night our young hockey loving boys ran circles around their favorite players asking for autographs and wanting to just be close to them.  The younger boys have seen the blood, the sweat and on this night the tears that go into playing the game of hockey. The older boys are who they look up to. Its who they want to be when they grow up. I am totally fine with that. In fact, I can't think of anything else I'd rather see them want to be.
Posted by Vicky at 2:05 AM