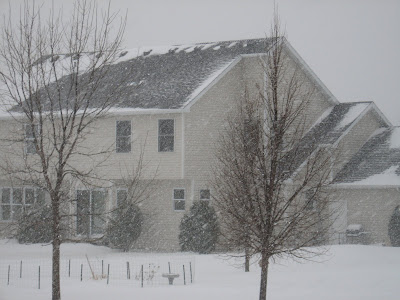 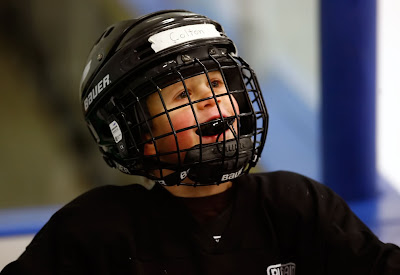 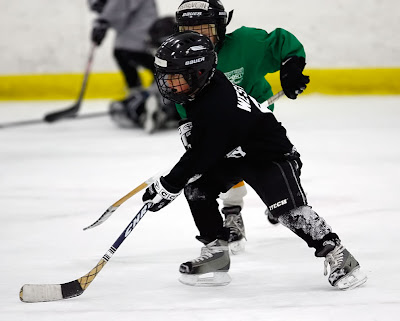 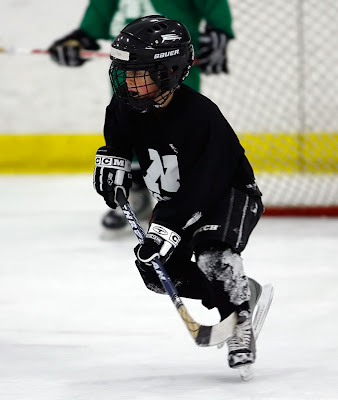 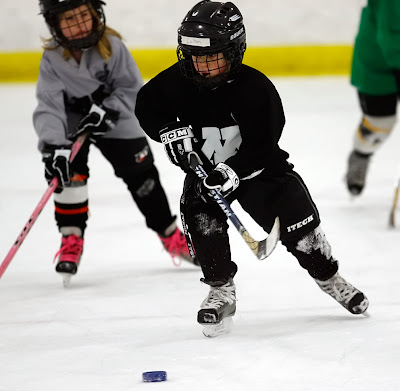 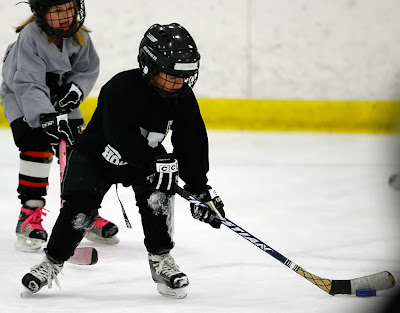 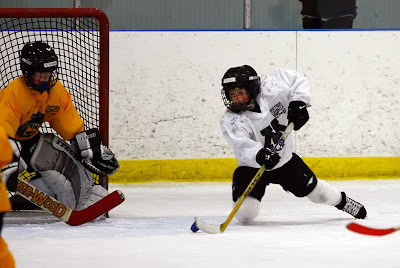 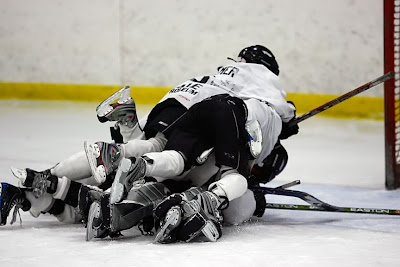 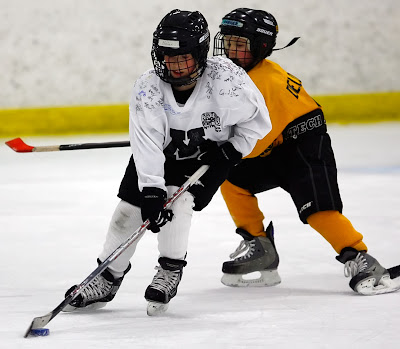 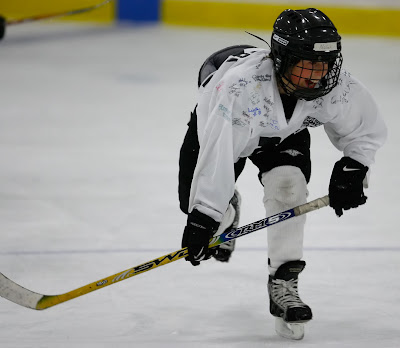 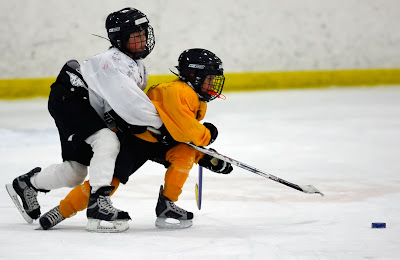 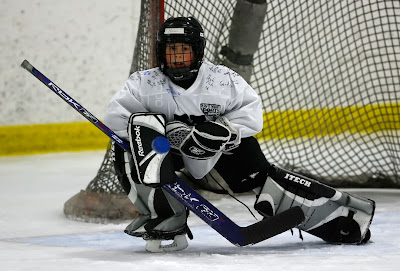 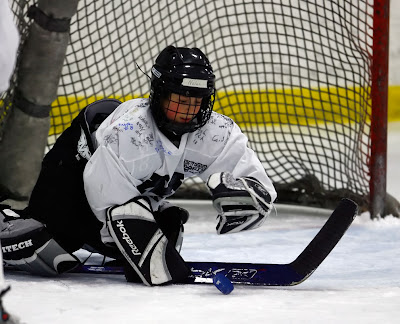 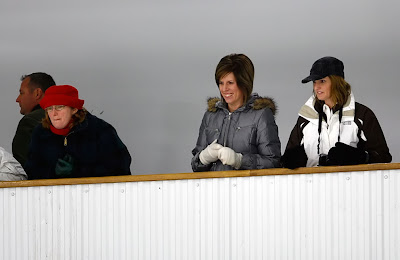 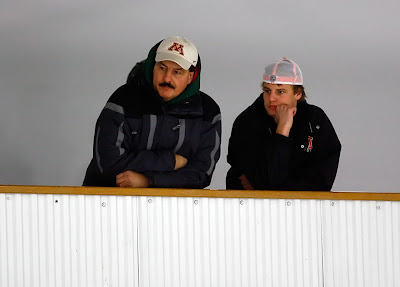 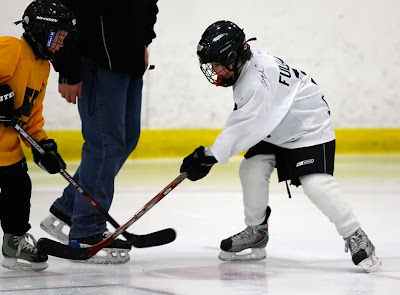 We were in the hockey "zone" this weekend. We were either getting ready for hockey or at the rink playing hockey, those were our two modes. So it caught us a little off-guard this morning to wake up to snow. Serious snow. It isn't officially blizzarding today, the temps have to drop and the wind has to pick up, but that is what they forecast for tomorrow. In typical March fashion we are expecting 10-12 inches of snow. Hello spring :)

Both boys had their end of the season hockey jamboree. Rick took over 1000 photos this weekend. Now the task of going through them all.  For our youngest players they don't keep score.  Well, officially we don't keep score.  But ask the players and you'll know they keep track of goals. Colton was fired up. It helps that both sets of Grandpas and Grandmas were at his game. He had 5 goals and he was clearly enjoying himself.

At Nolan's level they do play a tournament and keep score.  If they win their first game they go to the winners bracket and if they lose they move to the consolation bracket.  So Nolan's team, which is loosely rated to be in last place going into the tournament, had to play the #1 team his first game.  And Nolan was in the net.  And mama.  Was.  Nervous.  Seriously!
I anticipated a blowout.  But Nolan remained calm.  He was composed and made save after save.  And his teammates were amazing. They fought and won many battles. They went on many break-aways. But the orange team had a great goaltender too. In the end it was too much for us to overcome. We lost 4-2. But on an excitement level that was probably my favorite game of the whole year. After the game we were looking through the photos and found some surprise fans watching. Dan Kostich and his son Blake who happens to play on the high school Spud hockey team that is headed to State. Blake had given a broken stick to Nolan at the game last week after the Spuds big win against Roseau. Nolan had the stick cut to his size and had a blade put on and was using it in his next game. And Blake's dad, Dan, happened to be the head football coach of my brother's state champion football team in 1988. Five years ago, the Kostich's were very instrumental in encouraging us to get Nolan into hockey in the first place. I think this is one of those full circle moments!

Nolan's team went on to win their next two games and ended up the consolation champions. We teased them and said they were #1, on the left hand side of the brackets :) But in the end, friendships were cemented, all the hockey players were celebrated and it was a fitting way to end our season. And now we have a week off, in which we will take time off from taking our kids to hockey, and instead we will be watching more hockey! Then the following week, we start hockey again with March 3 on 3 hockey. Yes, its true, you haven't heard the last of hockey yet.
Posted by Vicky at 8:35 AM