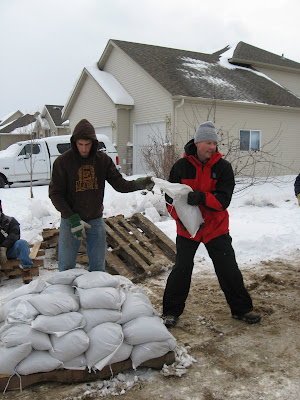 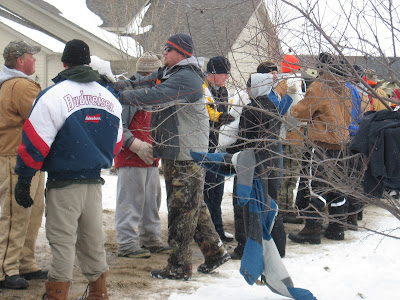 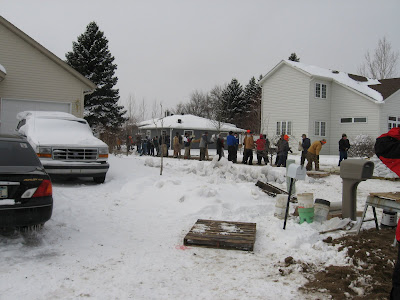 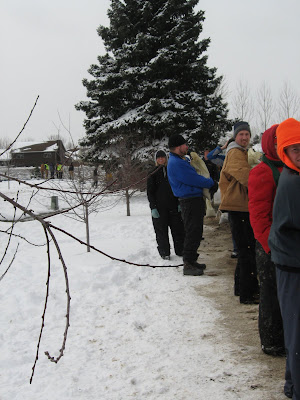 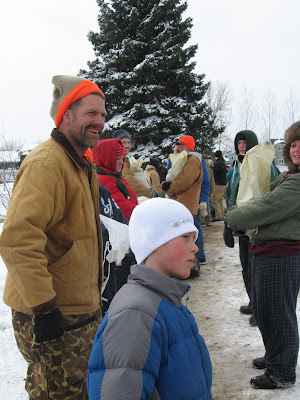 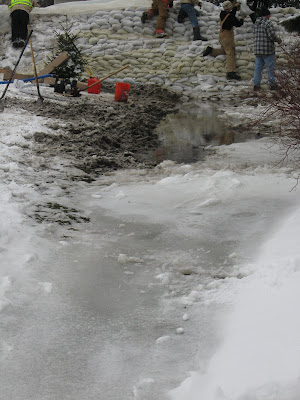 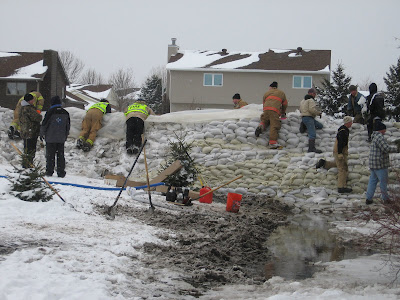 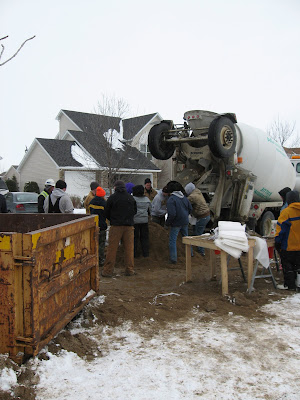 This is the sandbag line going to build the contingency dike now needed as a back-up to the first dike. With both boys at home I had little choice but to stay close to home this morning, as we would otherwise be in the way of some critical work being done.


As I stood in the backyard looking at all the volunteers streaming in, my phone rang. I looked at the number... 911 and some other 9's. Code red. It was a recorded message that said "Prepare to evacuate if you live... " well right where we live. The next call we will get will be the "go" call. While no dike has been breached, with visions of the hurricane Katrina evacuation running through our heads, we can't be too prepared.  And yet, the parts of the highway still open, are already clogged with cars.

I don't know what to even think, but autopilot has kicked in. We've brought what we can upstairs. We've packed our bags and got our paperwork in order. We know and feel we still have a fighting chance and nobody is throwing in the towel. We've been out sandbagging most of the afternoon, what our aching backs and weary minds will allow us to do.

The jokes are still flying along the lines. We were talking about our lack of showers. I said I broke down after three days and showered today, and the man next to us said he'd once gone 110 days. We all said what? 110 days, why, where were you? And with the wind whipping, I kid you not we thought he said Iowa. And we were like, the last time we checked Iowa was fairly civilized with showers and all... but it turns out he had said Iraq, and that just made a whole lot more sense. Sure was good for a hearty laugh though.

But there is still concern. We just heard the new prediction is 42 feet... which doesn't even register anymore. Because the very last two pictures are of the seepage occurring from the dike we built on Sunday. And for every foot up we have to build, we have to widen the base by that much more to support it. Look at how high those firemen are standing on that dike... I can't even fathom how high the water is on the other side. And they've made good on their promise. The last person they caught going on a dike to look at the water, is in jail. So I am limited in what I can physically get to.  I'll just take their word for it.

Thank you everyone for the calls and the emails and the friends who drove all the way over here to just check up on us :) We appreciate all of your concern and will do our best to keep you posted on our whereabouts. 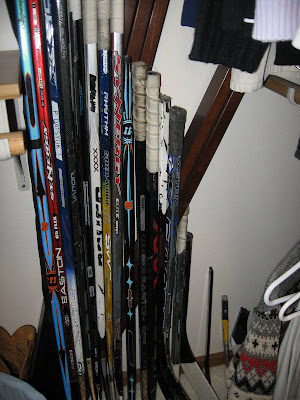 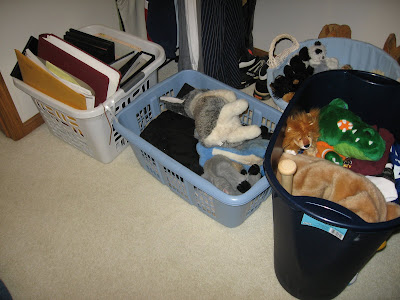 And this is the "vital" stuff the kids want to "save" from the flood. Hockey sticks and stuffed animals. What 8 and 6 year old wouldn't think these are vital?
Posted by Vicky at 2:21 PM