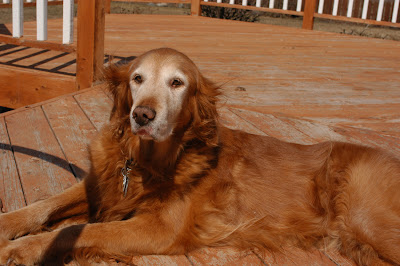 I didn't hear officially how warm it was today but I know it was supposed to be 60. The sun felt warm, but the winds always kick up in the spring and they were still a little cool. But we were outside as much as possible today. Dakota was queen of the deck today, it was good to see her enjoying her favorite perch. Even a tired old girl has perked up a bit with the sunshine and fresh air.
I decided to take Kota for a walk down to the dikes to see what the water is doing.  I know its rising again and due to crest this weekend.  I walked across a lot of places that looked like this...  sidewalks and streets alike that just a couple of weeks ago were under water, now with a layer of dirt left behind. 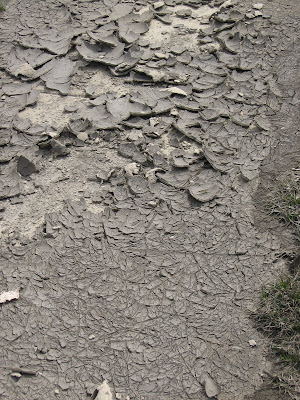 This is behind the house where I first started sandbagging.  The water is rising again, but it looks deceptively calm.  Theres even a duck floating along out there as if it always hangs out in the coulee.  Oh, and any "white" that you see, is sandbags.  I'm happy to report its NOT SNOW! 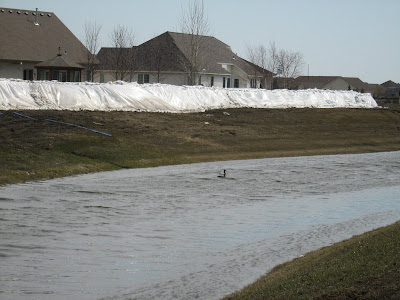 This is the other side of the road.  This whole area had water running over the road and the dike went across the street. 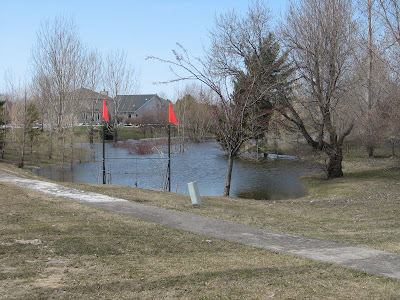 The sign on the fence is pretty tattered and weathered.  But the message rings true. 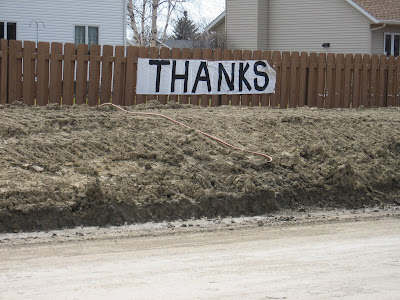 This is the dike to the south of us, down by our park.  You can see the pump gushing water at a pretty good rate.  But there is still lots of room before the water even hits the bottom of those sandbags. 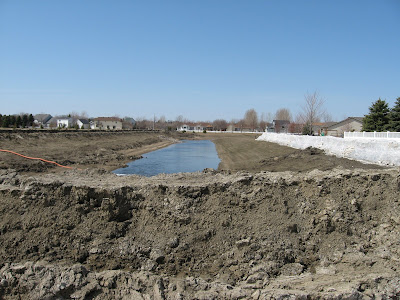 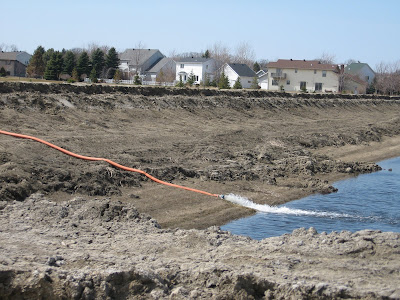 There is just starting to be some increased patrol and watch over these areas.  I couldn't get down to the actual river as workers were starting to haul in pumps and begin setting up again by the area closest to the river.
But I have to admit I feel better this time.  The national weather service has steadily decreased their prediction for the level of the second crest saying now it should be just less than 38 feet.  And when you've already survived over 40 feet, 38 feet doesn't seem so catastrophic.  Plus we aren't being asked to evacuate.  The Moorhead Mayor however said a 38 foot crest would still be in the top five highest river levels recorded on the books.  So he is cautioning people to be vigilant.  Although most people I talk with have one eye on the water and the other on plans for all those sandbags to dismantle.