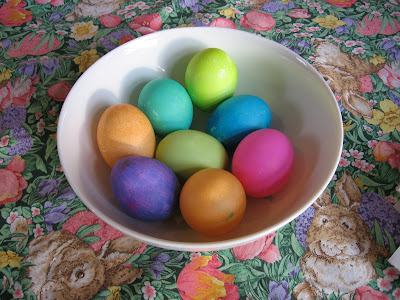 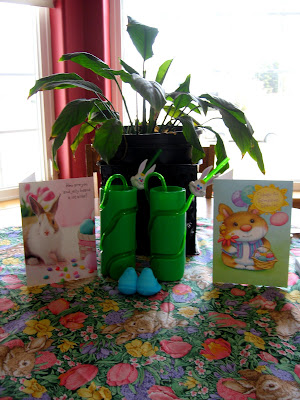 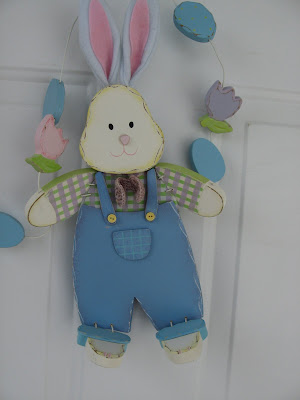 Would it be a surprise if I said Nolan was up at 5 this morning ready to start hunting for eggs?  I didn't think so.  He held off till 6 and I finally acquiesced and got out of bed.  The sun was just coming up and the sky was glowing in hot pink and orange swirls.  I grabbed my camera and threw a coat over my pj's and scampered outside to get the shot.  I stood precariously balanced on one slippered foot, with the other stuck in the side of the clay dike, and squinted adjusting the lens of the camera to get the shot.  I stood there contemplating the pastel-colored sky and jumped when the newspaper delivery guy came around the corner, catching me in all of  my pj and slippers glory.  I scooted back inside the house, and sat down to see what I had captured only to have my card reader tell me my files were corrupt.  Hours later, Rick confirmed, all of the photos on my camera card were lost.

But on this day, this Easter Sunday, I somehow couldn't find it within me to be upset.  I started thinking that while I didn't have the photo of the moment I wanted to capture, I still had the moment, and that can't be changed, or undone or lost.  I was there, all bed-head and sleepy-eyed, but the sunrise was mine for the viewing this morning.  And so I let the computer drift back to sleep and began the day in earnest.  I made cinnamon rolls and got the eggs boiling to be decorated.  Later, the boys even let me sort out all the eggs plastered in Luke Skywalker and Anakin, and let me keep the pretty eggs in the bowl for one of the three photos I did get to keep.
Nothing about our Easter Sunday was picture perfect in the first place.  But aren't we always editing out the photos  we don't like?  We don't want to keep the ones of closed eyes and cheesy grins or the unexpected photo that catches you with your mouth hanging open.  So while we had some less than stellar experiences today, they aren't the ones I am going to hang on to.  Instead, I am keeping the images of the boys putting their suits on for Easter, with minimum complaint.  And the eagerness in which they sought out their eggs this morning.  And the wonder on their faces when pastor Dan's plastic eggs at children's moments, contained nails and a rock, and the last one which held nothing. I may have lost a few pictures, but I'll treasure the images in my head that I choose to carry with me instead.
Posted by Vicky at 6:11 PM