Part of the reason our time in Chicago was so limited was because of the distractions we indulged in along the way! While we have visited the Mall of America in Bloomington, MN, many times, we have always had kids in tow. And its a great place to spend time with the kids, but I assure you very little shopping occurs. So we managed to spend a few hours just looking at all the fun stores we so often have to walk right past. (Just a side note here, I may not be getting a kitchen remodel, but Rick did finally show me how to post a link!!) So please check this out if you'd like to know more about the Mall:
Mall of America Fun Facts

We finally arrived at the new Intercontinental Hotel just off O'Hare airport at 10:30 pm. Thank you hotwire for finding this ultra modern brand new 4 1/2 star hotel for the mere price of $99. We've paid more for a Super Eight in the past! Add in the fact that we only spent 38 dollars in gas because we drove the Prius you will understand why we decided we could afford to go. The hotel in keeping with its modern "theme" had all kinds of artwork displayed all over the lobby and the convention center. It had a museum quality feel to it and we spent a lot of time just going through it all.

We awoke day two to rain, lots of it! It somewhat altered the course of our plans hence the lack of pictures. But I think I'll jump ahead to day three in order to share with you what we awoke to. 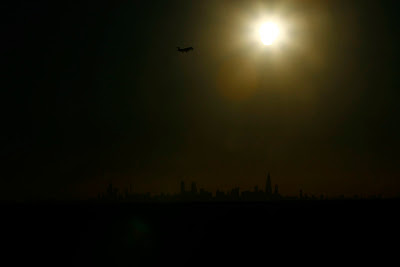 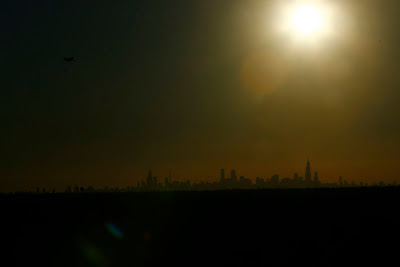 Its a little misleading as the sun was actually streaming through the window. However, Rick ( the professional photog) adjusted his settings on his camera to make the skyline go black as well as the plane coming in. He was so excited he continued to shoot for a long time as plane after plane descended upon us. However, the clouds were rolling in already as you can see here in the two photos I took. 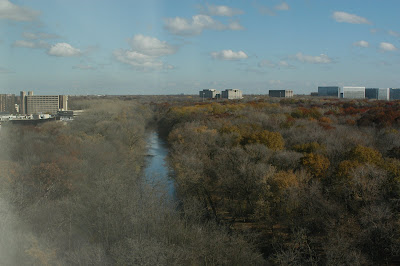 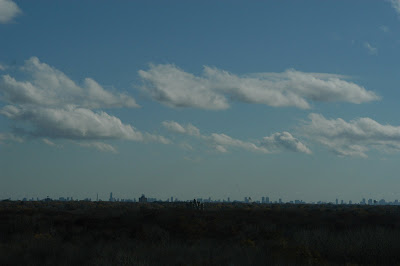 So we quickly packed up the car and headed for Lake Michigan and the beach. Chicago definitely lived up to its billing of the windy city and gosh was it cold as you can see in these next photos. 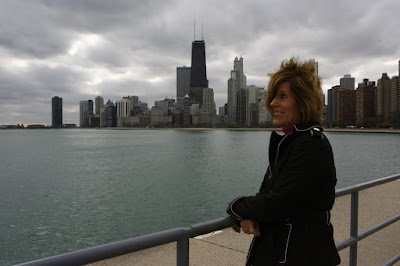 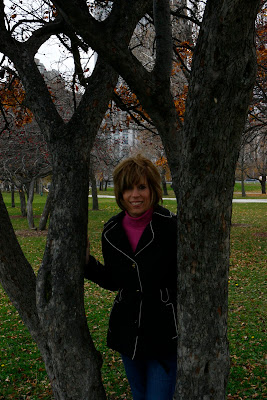 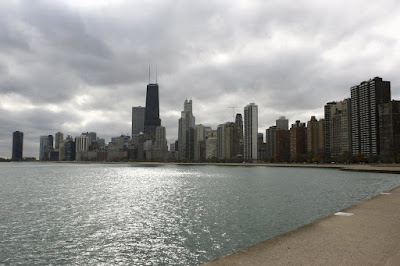 On our way out of town from here we passed by Grant Park where Obama gave his acceptance speech. We also drove past Hyde Park and discovered that is where Obama resides with his family. I only wish we could have taken a little more time to stop in a few of these places and take more photos. But sometimes its enough to just be in the environment and take it all in. More to come...
Posted by Vicky at 10:55 AM