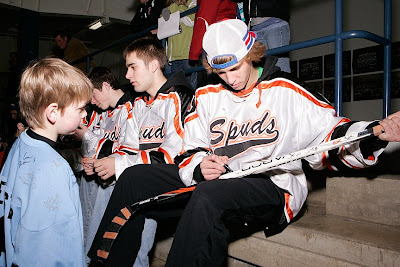 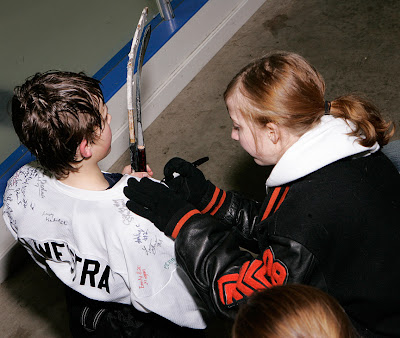 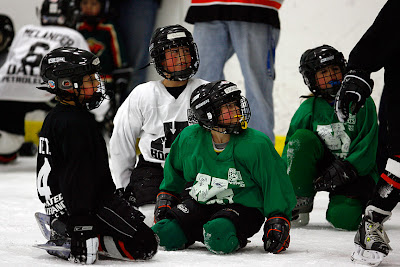 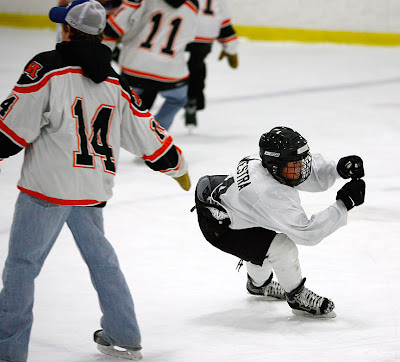 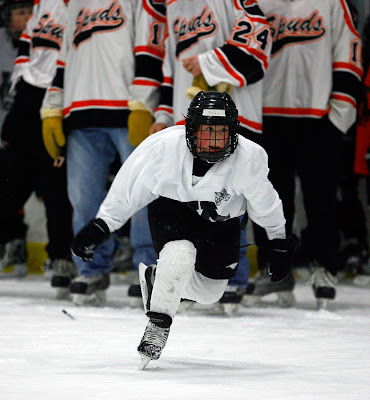 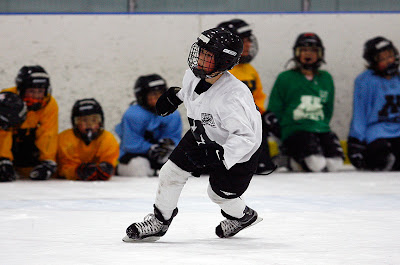 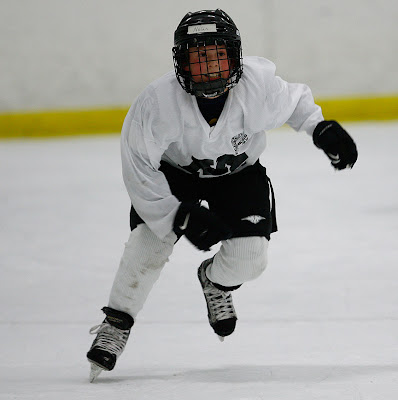 For Valentines day I got to watch a lot of hockey. Come to think of it a majority of my weekend was at the rink. But, have I told you how much I love our hockey program, lately? I know I say it all the time, but it is just worth repeating. Our young hockey players look up to, admire, hero-worship and want to be just like our high school hockey players. So while Colton got to go and skate in-between the periods of a high school game, Nolan's age group got to skate with the high school players. Rick brought his camera and it wasn't until I saw some of his photos later that I really SAW the hero-worship. Taking into account the younger ones have to literally look up to hear what is being said, I assure you it doesn't matter how tall some of those coaches are, those boys are not nearly as intent on their words!

It was fun to see our little boys try to mimic the moves of the older boys. They skated with passion and gusto doing what they could to either beat a Spud in a race or keep away from a Spud trying to catch them. Afterwards they lined up with their sticks and jerseys to get autographs from the both the girls high school team, and the boys high school team. Go here to view the photo of the entire group and for more images.

We asked Nolan when he got older if he would know what to do if younger kids looked up to him. He said, "yeah, dad its going to cost YOU a lot of money, because I'll probably have to keep giving my sticks away." I think we both groaned when we heard that. Its the right idea, but at 150 dollars a stick, we hope he finds other things to give away.
Posted by Vicky at 10:50 PM