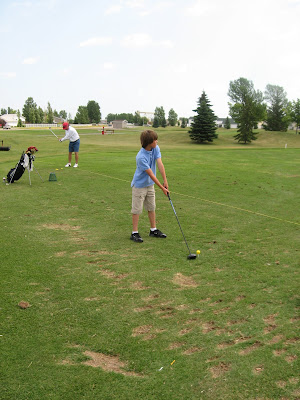 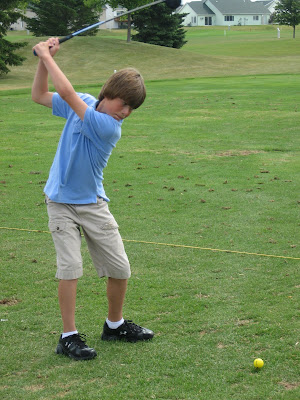 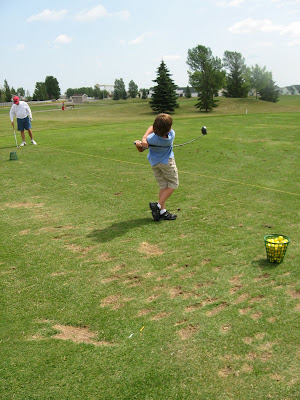 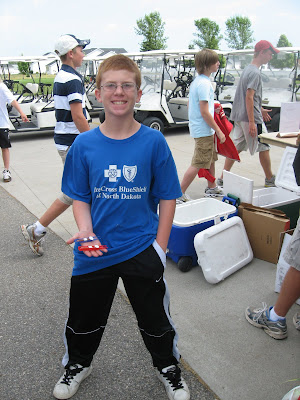 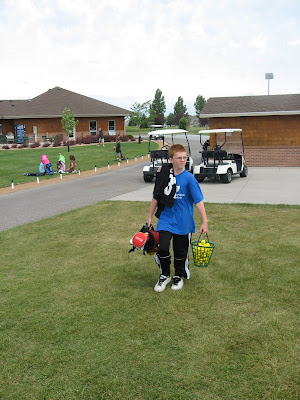 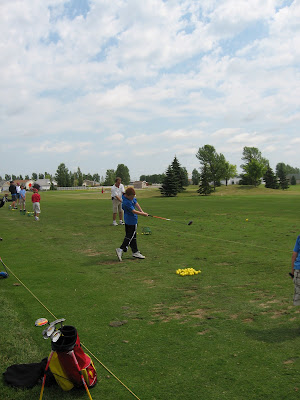 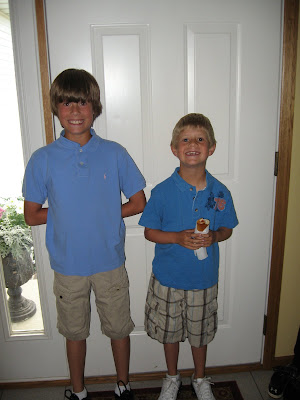 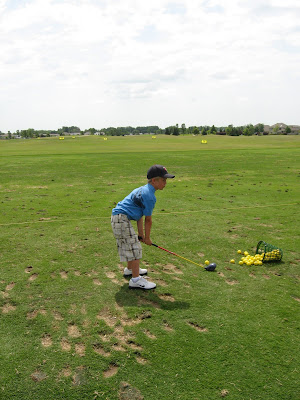 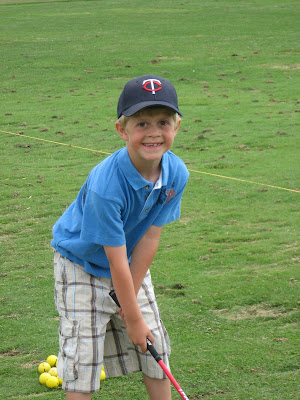 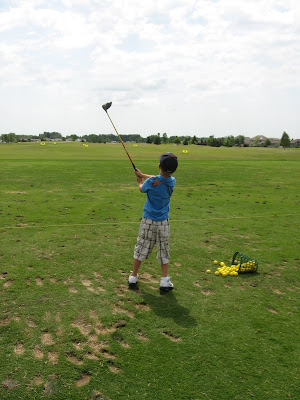 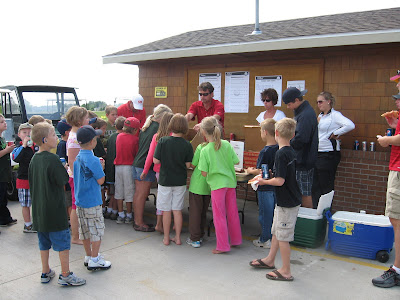 Nolan, Colton and their cousin Gunnar competed in their end of the season golf tournament on Monday. We awoke to thunderstorm clouds and the threat of rain, but it held off long enough for our tournament. Each of the boys played in their own division. Colton in the 8 and under. Nolan in the 9 and 10 year olds and Gunnar in the 11 and 12 year olds.

They each played a number of holes either on the course or on a manufactured spot on the driving range for Colton. All three of them putted the same course roped off on the putting green. We couldn't have been more pleasantly surprised at the little awards ceremony at the end of the tourney. Gunnar got first place in putting for his age group with a 20. I think he had plans of retiring the clubs for next year, but Uncle Rick says "no way." You are a for real golfer when you take first place and you need to continue!

And Nolan tied for first place in his age group with an 18. Not to be forgotten however was Colton who also won his age group with a 19! And Colton got 3rd place overall on his holes. Leave it to the 7 year old to show everyone how its done. He had his own little following of kids who clapped and cheered for him when he won and he absolutely beamed.

But our early morning showed a bit in our baseball games later that night. Nolan struggled with pitching, as did the other two boys who had played in the golf tourney. We won the first game and lost our second one. We will need a big win tomorrow night to earn a spot in the championship bracket for Thursday and Friday.

I've been messing with the blog design all day. I've settled on this for a bit. I'll try it on and see if it fits. What do you think? Rick cast a no vote because he says all of my links are at the bottom and nobody will scroll down to see anything. But I love the clean look. What do you think? Which do you prefer, content in the sidebar, or clean design?
Posted by Vicky at 12:05 AM