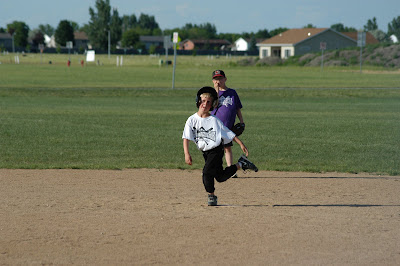 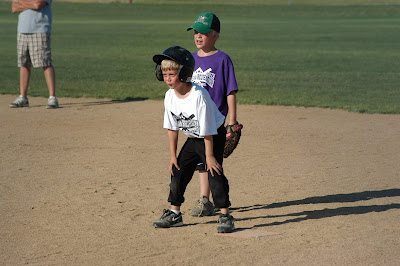 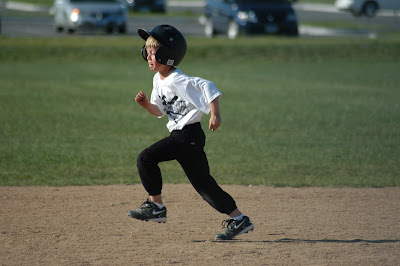 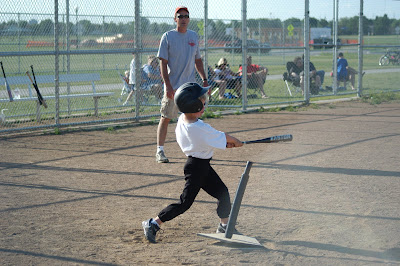 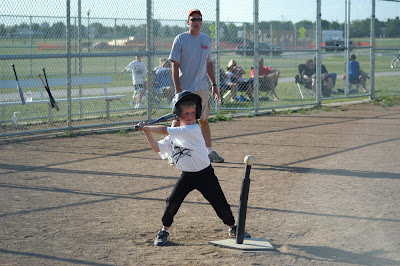 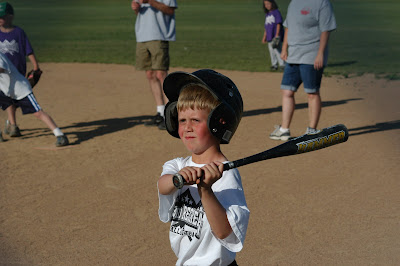 What makes him so endearing to me could be just how "into" baseball he is this year. Its his first year playing on a team. He keeps track of the score, mostly HIS team's runs and he tends to forget a few runs the other team makes. So the scores are really lopsided in his little mind. I'm fairly certain he said they won their game 40-15 the other night.

He hasn't figured out the proper sliding technique, but he gets low and propels himself forward to the base if he thinks its going to be close. Its usually not. even. close. but he looks good trying!

And he listens to his coaches. He watches so intently for the signal to keep running, that when the signal didn't come the other runner reached Colton before he figure out he'd better run!

But the dead giveaway that he is really into baseball this year? Click on one of his pics for a closer view. His love for what he is doing is written all over his face in all of his expressions. Did you also notice a common element? In almost all of them, when he is deep in concentration, his little tongue is hanging out of his mouth! Its something my younger brother used to do all the time and I was instantly reminded of him while looking at Colton. My brother is very tall, and was a good athlete in school. He is funny and smart and compassionate. But I can't help but laugh, out of all the traits Colton could inherit from his uncle? He got the "tongue hanging out of his mouth" gene!
Posted by Vicky at 12:05 AM