Anita over at Mud and Coffee did a fun post today which you can find here about a brush with fame that she had. Because she lives in the Nashville area running into Roy Acuff while definitely exciting, isn't a stretch of the imagination.

Rick and I had a very different kind of brush with fame on a smaller scale while in Nashville, although it was HUGE in our world. On our way to visit Rick's brother and wife and to meet our niece Mackenzie for the first time, we stayed the night in Nashville. We stayed at the Loews Vanderbilt Hotel by Vanderbilt University our first night. With just a couple of hours to spare before we got back on the road, we stopped at the Parthenon for a look around. according to the Metropolitan Government of Nashville and Davidson County website, "The Parthenon stands as the centerpiece of Centennial Park. The re-creation of the 42-foot statue Athena is the focus of the Parthenon just as it was in ancient Greece. The building and the Athena statue are both full-scale replicas of the Athenian originals. Originally built for Tennessee's 1897 Centennial Exposition, this replica of the original Parthenon in Athens serves as a monument to what is considered the pinnacle of classical architecture." It was of course closed at the time of our early morning visit and we so badly wanted to see inside. 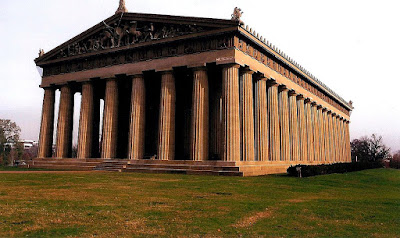 After a few jam-packed delightful days with Mackenzie and her mom and dad we headed back to Minnesota again stopping in Nashville on the way home. Hot-wire on this night afforded us a room right across the street from the Capital building. 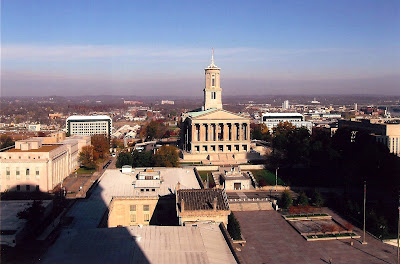 One of the sometimes drawbacks we have discovered is not knowing for sure if we will have our choice of rooms. When we arrived at the Hilton, much to the dismay of my extremely height-phobic husband, we discovered our room was on a very high numbered floor. The movement of the glass elevators as they seemingly swayed and shuddered their way up to our room, did not help matters. But what we were about to discover outside our hotel on a quick walking tour of our surroundings more than made up for it. 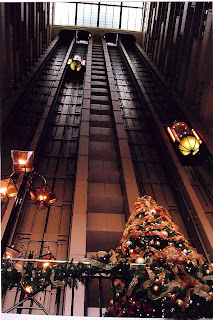 We discovered we were within walking distance of both the Grand Ole Opry and Ryman Auditorium. Having limited time, Rick took some photos and we moved on. Rick has something else on the agenda for the boys who had been at home with Grandpa and Grandma Westra. The Sommet Center is the home of the Nashville Predators, an NHL team. We knew the boys would be thrilled with a souvenir. So we went inside and discovered the pro shop wasn't going to be open for awhile. Rick in the meantime chatted with the security guard whose first question was if we were from Canada... cause only the Canadians get super excited for a tour of the ice. He figured Minnesota was pretty darn close to Canada so he shook his head and led us inside.

On our way out we happened to ask who the Predators were playing. One of the other workers told us it was the Bluejackets from Columbus. As we were leaving we noticed what appeared to be NHL players arriving for their morning skate. They were standing around, chatting in small groups and completely by themselves. And here is where our story gets interesting.

I told Rick he should ask if we could take a picture with them to bring back for our boys. Our little boys would be so excited that we saw real NHL players... they wouldn't care which team they were from. So we approached them and Rick said "excuse me, would you take a picture with my wife?" In which they said sure. And then he asked "Are you NHL players?" They nodded yes. And then he asked "With the Bluejackets?" They froze. With fallen faces they shook their heads no... They were in fact from MINNESOTA... and they were none other than the our own NHL franchise team the MINNESOTA WILD!!!! The look on their faces when they realized we were happy with that answer was priceless. Cause here's the kicker. If you were to try and get within a block of them in Minneapolis MN where they play, you would be doing good. They are so revered and idolized by not just our kids but most any Minnesota hockey loving family that its a mob scene whenever they are around. Its crazy! But in Nashville they were just ordinary guys walking along the street sightseeing. And were they ever happy to see us! They asked about the weather and loved hearing about our boys. It was our own little piece of home walking about in Nashville. It took all of our willpower not to stay for their game that night. But I have no doubt, we will be back Nashville, perhaps this time with two boys in tow, but we will undoubtedly be back. Lets just say we have more than a little fondness for Nashville! 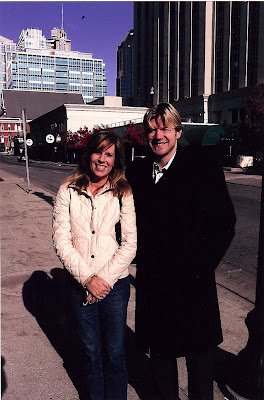 Mark Parrish #21 Captain of the team and a Minnesota native. 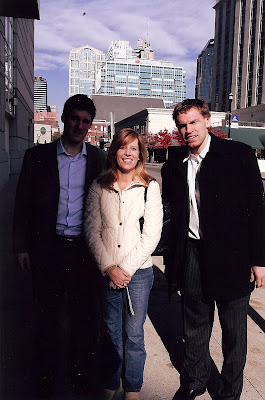 On the left, James Sheppard #15 and on the right Martin Skoula #41 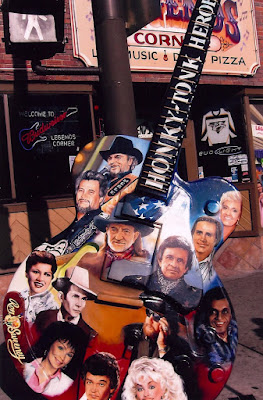 On the left Matt Foy #83 and on the right Aaron Voros. 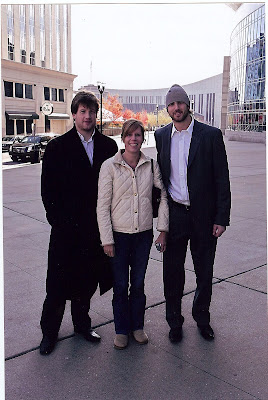 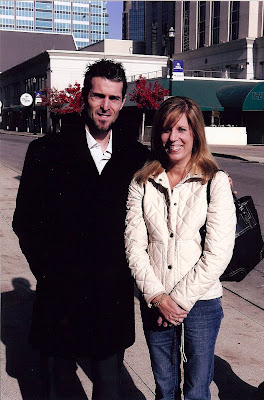