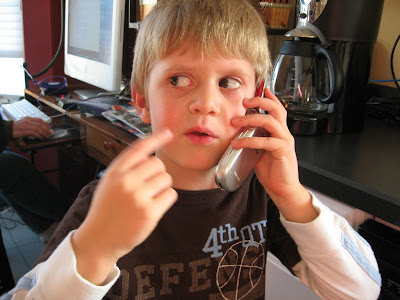 Can you guess what happened just minutes before we left for the hockey tournament last week? It seems that there was a rough game of hockey going on in the basement. And Colton got a stick to the leg or foot. He was crying and sobbing and daddy took him to the locker room (translation: bathroom) to blow his nose. Now this next part? Pretty much only would happen to Colton. I walked into the bathroom just as I saw blood pouring from his face. I instantly thought, oh no, he caught a stick to the face, not his leg like I thought... but I couldn't have been more wrong. In typical Colton fashion, Rick went to wipe his nose AND HIS TOOTH CAME OUT! Who knew just by blowing your nose you could lose a tooth? 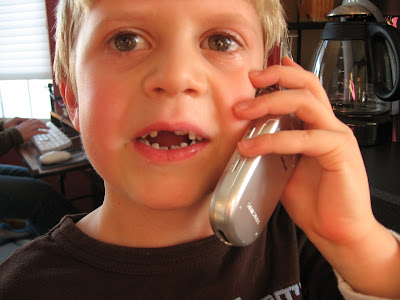 Of course Colton had to call and tell Grandma before we could leave. 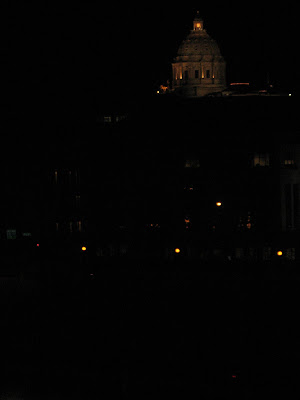 We arrived at our hotel after the first hockey game. Our high school team lost 3-0 to the number 2 ranked team in our state. Its a hard loss, but it softens it a little when you realize how good that team was. Since we stayed in St. Paul, (the capitol of Minnesota in case you don't know :), I shouldn't have been so surprised to open our curtains and see the capital building only a couple of blocks away. But just as I stepped out into the snow on the balcony, the lights on the capitol building went out! Poof! It was instantly dark and I had to check inside the room to make sure the power hadn't gone out. So yeah, one quasi-shot was all I got. 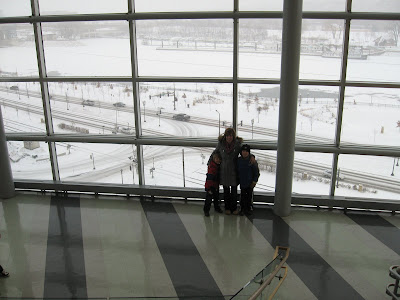 We had some time on our hands the next morning and of course we woke up to MORE SNOW. Its an odd kind of phenomenon, but the Minneapolis/St. Paul area only about 3 1/2 hours Southeast of us does not get as cold as we do, nor do they get as much snow typically... only when we are there apparently! Nonetheless we headed out to the Science Museum. How fun! The stairs we went up and down were musical. Each step you took triggered a different tone. Climbing the musical stairs was certainly more about the fun than thinking about where you were trying to go. It was actually somewhat encouraged to "play" on the stairs. Some would speed up, some would jump up and down on the same step... and some were really creative and went in groups. 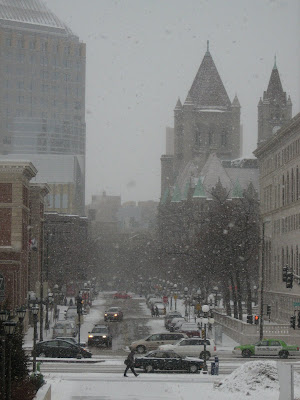 The next two photos were taken at the Mall of America. It seems no matter how many times you go to the mall you cannot do it all. this time we chose to focus on Legoland. They have an area where you can create your own little car and then race your car against others. Then if you keep losing with the car you have designed you can go back and modify it until you find the winning combination. The boys played for almost two hours while Rick and I took turns shopping. 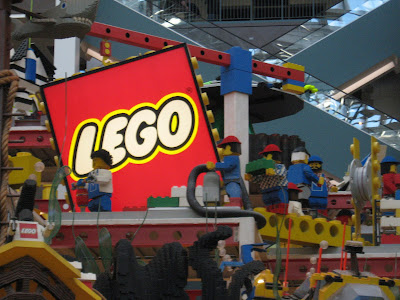 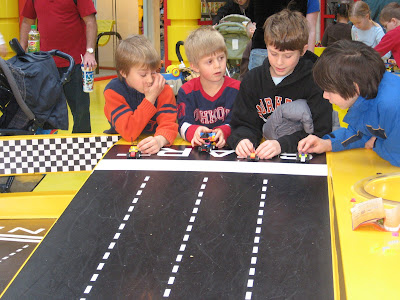 The last three photos were the real reason we went to Minneapolis in the first place. The first one is my little friend Madeline. Her older brother Parker plays hockey with Nolan. She is smart as a whip and she doesn't forget a thing. Plus she always wants to sit on my lap and hold my hand and play games with me! The boys have reached the age where they prefer to be as far away from mom as they can. But when I have such sweetness to keep me company? Oh I at least remember to occasionally look in the boys direction once in awhile : ) 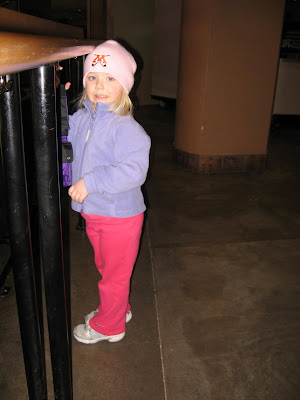 The Xcel Energy Center is home to the Minnesota Wild, our professional NHL team. Its quite a thrill for our high school to be asked each year to attend this tournament. Plus, even though I've never been able to attend a Wild hockey game, it isn't hard to sit in the seats and imagine what it would be like. And the 12 dollars we pay for a tournament game versus the 500 dollars for tickets to an actual Wild game, well that makes me smile even more : ) 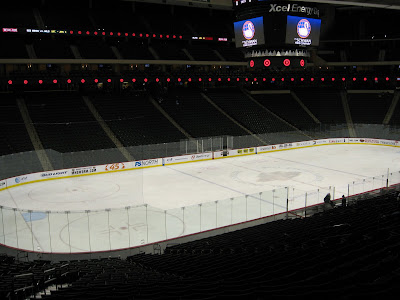 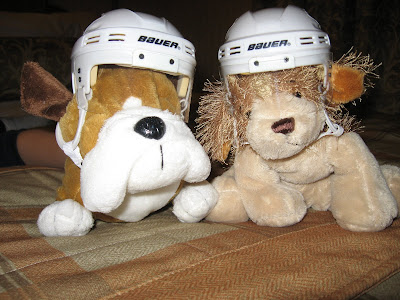