Snapshots of our weekend. 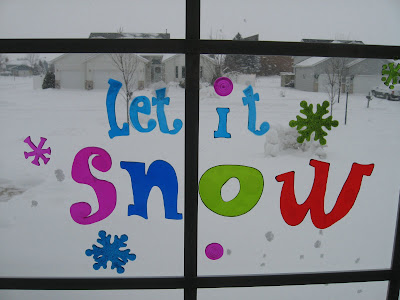 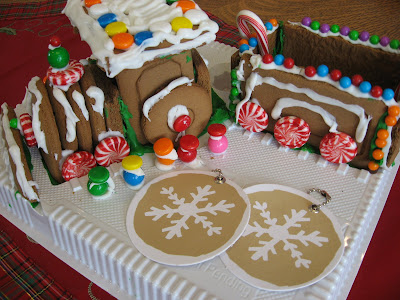 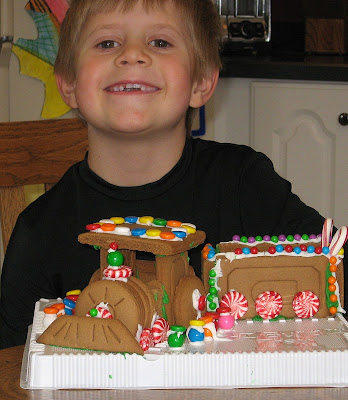 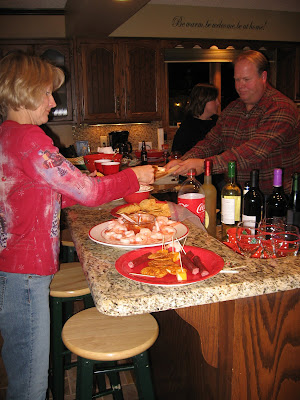 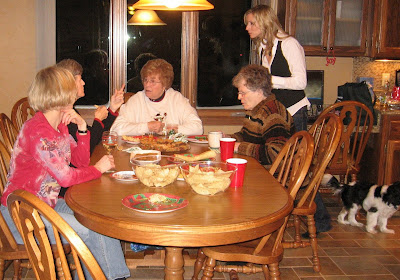 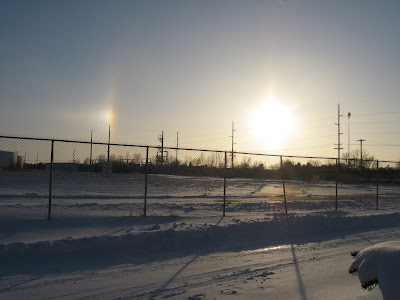 "Let it snow."  Pretty soon we'll start to change our minds.  Please don't let it... snow.   As much as we embrace it for awhile, the reality of too much snow is too much water with no place to go except for where we don't want it to in the spring.  Two storms just weeks apart are hopefully not indicative of the kind of winter we will have.
But the newspaper today reported that 45,ooo people walked the floors of the mall yesterday.  A few snow-clogged streets were not going to deter them from last minute holiday shopping.  And we weren't deterred in our plans either.  Nolan had an early hockey game and Colton and I stayed home to get ready for our afternoon project.  The boys assembled and decorated this gingerbread train.  I'd love to say it was a joyous occasion.  I'd be lying.  I wonder if they'll remember the bickering and quarrelling someday if they see pictures of this?  They were pleased with their outcome when it was finished.  I wonder if that is the part they will carry with them?  Hmmm.  Maybe I should be asking IF they will remember at all?
Lat night we had our annual cousin's party.  My cousin Rob and his wife Jana have welcomed all of us cousins into their home for many years now.  There are 19 first cousins and we are all married with our own children.  Its a big crowd.  But the weather kept some of our cousins from traveling.  Others had different plans last night.  It was a smaller than usual group.  But we have a good time no matter.  We mix in the new stories with a sprinkling of the old.  My Aunt Marlene had to tell the "Guhlke" story.  My aunts last name was Bye before my uncle passed away.  So in her ever so witty way she said to my cousin Pam and her husband Scott (Guhlke)when their son was born "Well if theres one thing I am sure of,  your kid will learn MY last name before he learns his own!  Every time he goes to say Good Bye you know he'll be talking about me!"  Don't you know it.  Pam and Scott worked extra hard with Tyler.  Came time after some family gathering to say good bye.  Marlene says without missing a beat Tyler looked up, waved and proclaimed "Guhlke- Guhlke!"    Insert much laughter here.
The other thing we do at the cousin's party is take lots of pictures.  Usually.  I went to grab my camera last night and barely eeked out the near to the bottom two pictures you see.  It seems in my attempt to remember the camera the thought of changing the batteries got lost in my head somewhere.
And today was hockey game day for both boys.  With the below zero temps and a little sun today we were treated to a sun dog.  I stood in snow up to my knees just outside of the rink and took my mittens off for a few seconds to get this photo.  The sun dog forms when the sun reflects on ice crystals in the air.  I wasn't in the best place to capture it, but I spent a few extra seconds enjoying the beauty of it and the quiet in the moment.  It set just the right tone for ending the weekend.
Posted by Vicky at 1:00 AM