There came a time when the risk to remain tight in the bud was more painful than the risk it took to blossom.- Anais Nin 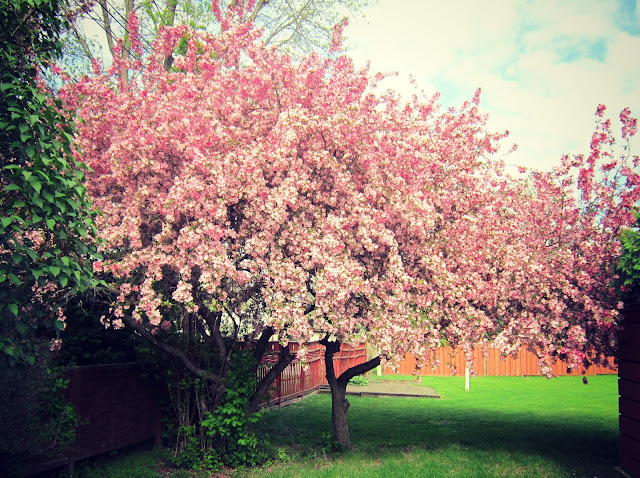 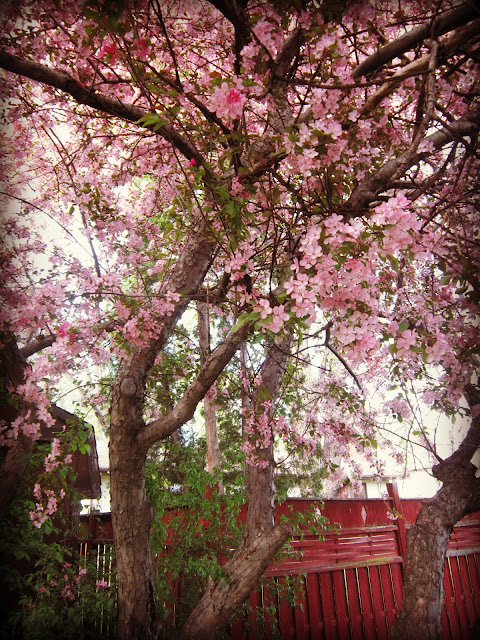 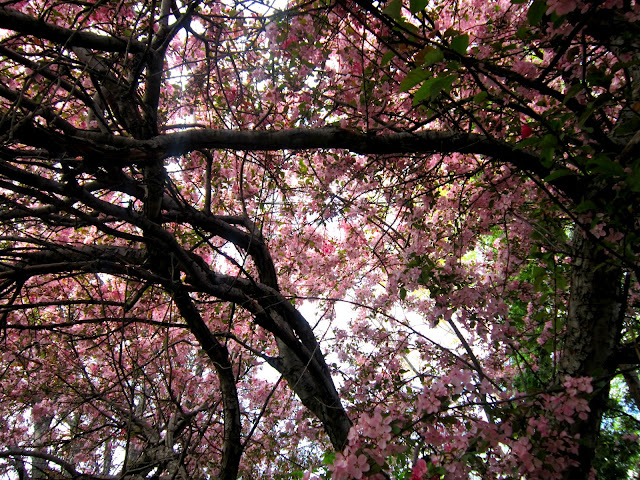 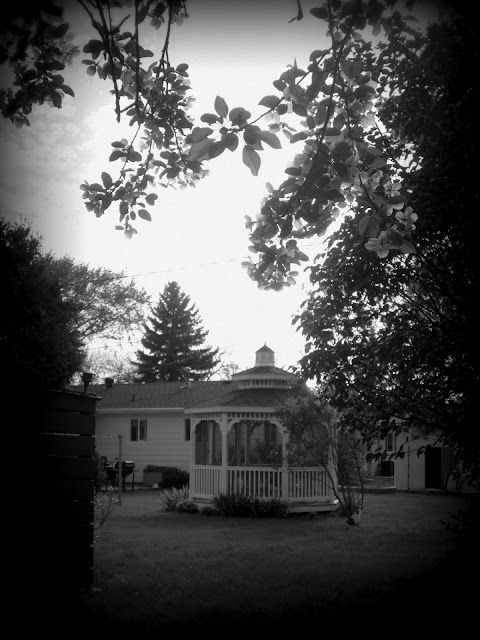 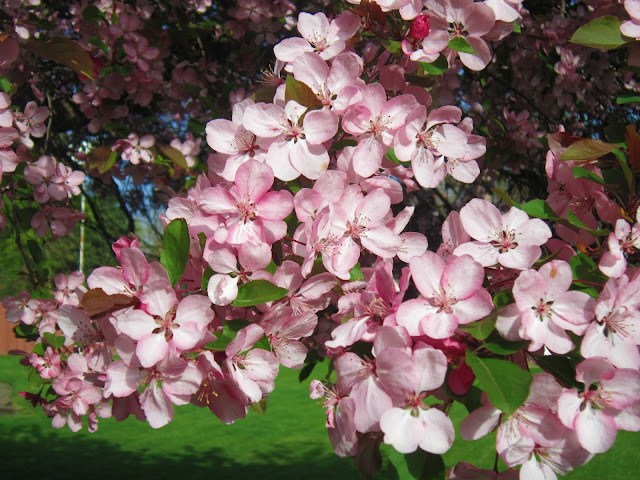 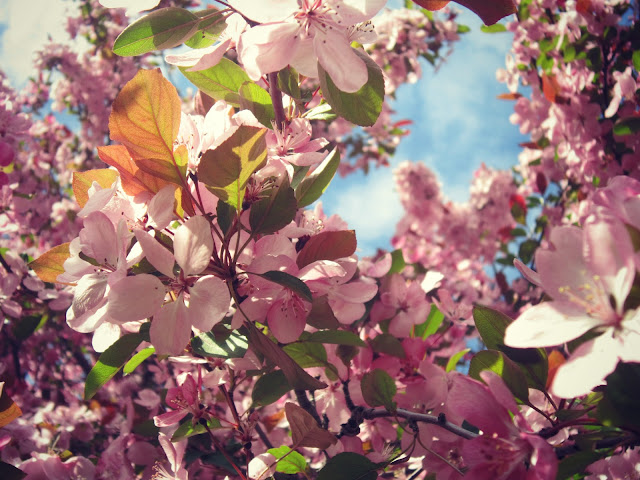 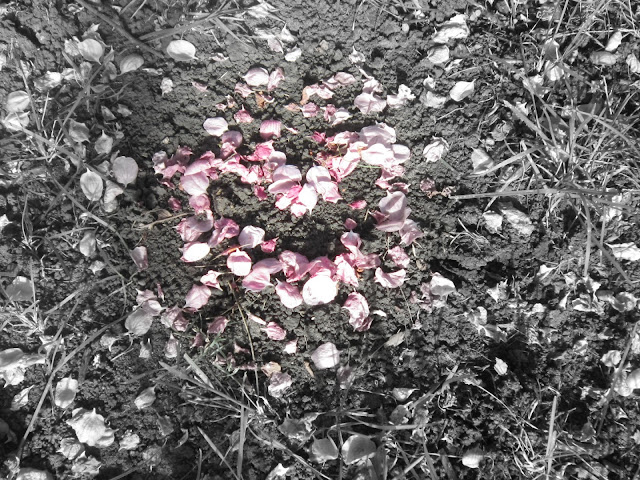 We spent a sunny afternoon at my Aunt Marlene's house celebrating graduation.  The "Cobber" tradition of attending college at Concordia, in our family started with my cousin Tim and his wife Jean in the early 1980's.  Then came David and Rob, Tim's younger brothers.  Then came myself in 1989, (Rick, 1990) and my brother, Lee, in 1992.

And now the next generation has begun.  Tim's youngest, Tom graduates today from Concordia College.  Rob's two sons will both attend Concordia next year.  We'll see if another Westra or Held (my brother's daughters) end up following to keep that family tradition going.

But it was the flowering tree in the back yard that kept grabbing my attention.

So I finally let myself out the back door and snuck around to the tree.

Its fragrance beckoned from around the corner.

The stunning pink against the blue of the sky and the lush green of the grass was irresistible.

Marlene says she debated cutting it down.  The beauty of the tree is so fleeting.

Wonder how much it costs to have a tree moved?  Ha... maybe I'll just send her a few photos and she'll

decide fleeting is worth it.

In my book, fleeting is always worth it.