life outside of hockey

Just a week after a big weekend in the cities, we packed up and left for another exciting weekend of hockey in the cities.  Nolan's pee wee team was doing a cities swing, and had 4 teams lined up to play.
I'd have to say the stories surrounding our weekend of hockey, were equally made up of the stuff surrounding those 4 games, rather than just the games themselves.  I am working on editing some of Rick's photos for another post, but had a few other stories to share first.
Like, Parkers orthodontia appliance nightmare.  Parker's orthodontic appliance fell off his tooth and was left dangling, dangerously from his mouth.  He missed the whole first game.  So we either had to get it glued back in his mouth, or pried loose somehow.  Luckily Cathy was with us and knew what to do... but how without the proper tools?  They tried, gum, tiny screwdrivers, an eyeglass repair kit, denture cream, Urgent care, and one dentist office that refused to see him because it was closing time (Friday at 5).  He couldn't chew, or play hockey, and sleep I am sure was difficult.   Macgyver seriously had nothing on all of the stuff they tried!
But after a zillion calls, someone found an orthodontist willing to come into the office and take the appliance off early Saturday morning. 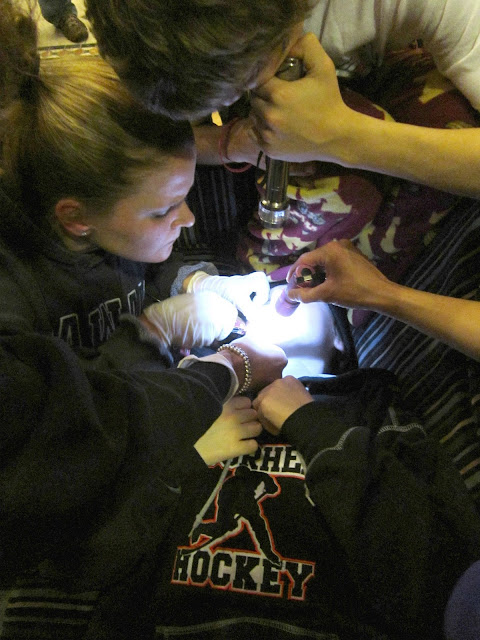 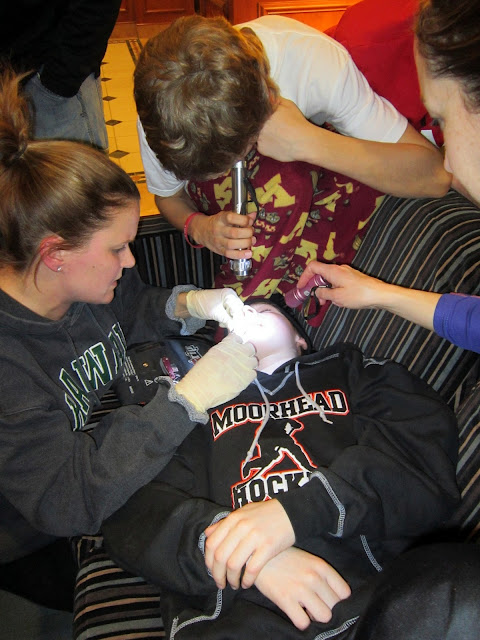 Nolan was his own special case.  Just minutes before we pull into the Augsburg Arena where we play our first game, he announces, "Dad, I need my skates sharpened, oh and my lace broke and I need a new skate lace."
Hmm... what's that saying?  Lack of planning and forethought on your part does not constitute an emergency on my part? Yeah, well, it sort of does.
So Rick starts asking around.  No skate sharpener at the rink. No laces to buy.  No time to drive 20 minutes away to have them sharpened.  But... it just so happens, the Augsburg women's hockey team is playing on the other side of the rink.  And who do we know who plays for them?  Kendall Christian, from Moorhead.
#14 looked amazing on the ice.  Fast and feisty, you can tell hockey at Augsburg is a good fit for her.  We couldn't have been more proud to cheer her on.  Plus she totally hooked Nolan up and someone from the women's team sharpened his skates. 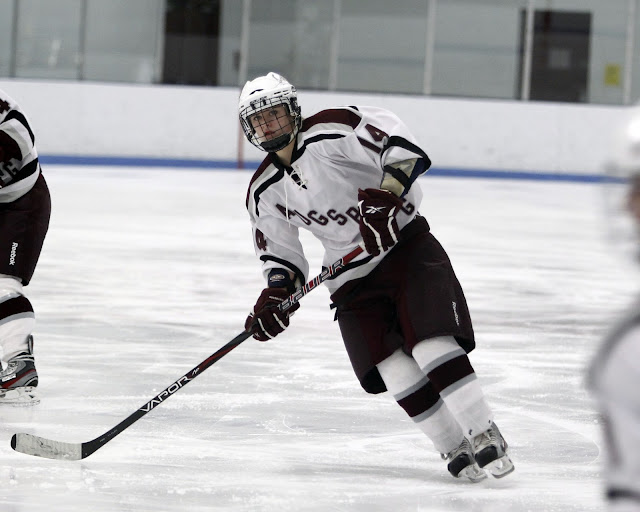 But the other tie we have to Kendall?
Kendall's mom, Lisa, has breast cancer too.  I've been waiting to see her.  She lives blocks from me in Moorhead, but we've yet to sit down and talk.  But she was maybe coming to the game.  We watched and waited, and then, there she was.  Lisa was so happy and surprised to see Rick, and then she saw me.  And I think when you are face to face with someone fighting your same fight, its like Twins speak.  You just lapse into a conversation that most people can't begin to digest.  And you can skip over words and the other can fill in the blank.  And looks pass between you that make your heart ache, for all the knowing they contain.
I've been waiting for a chance just to talk to her.  Leave it to hockey, to bring us together, hundreds of miles from our home.
As if we didn't have enough hockey to play in, not only did we watch part of Kendall's game, but we got to watch the Spuds play.  The played a gritty game and won 4-0. 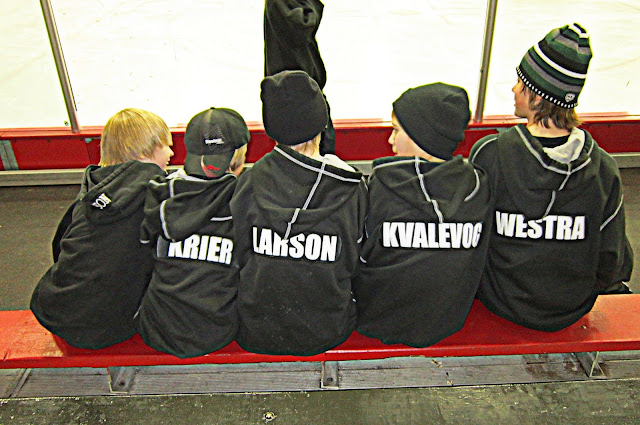 I have so much to catch up on.  I have clothes to wash, groceries and Target runs to make.  Oodles of photos to edit.  Oh, and its chemo tomorrow.  I'm exhausted just thinking about it.  Happily, exhausted.
Its worth it.
These past three days, we played and watched, a lot of hockey.  And our team? Well they continue to struggle.  But sometimes, the life that happens around hockey, is just as important as the game of hockey. 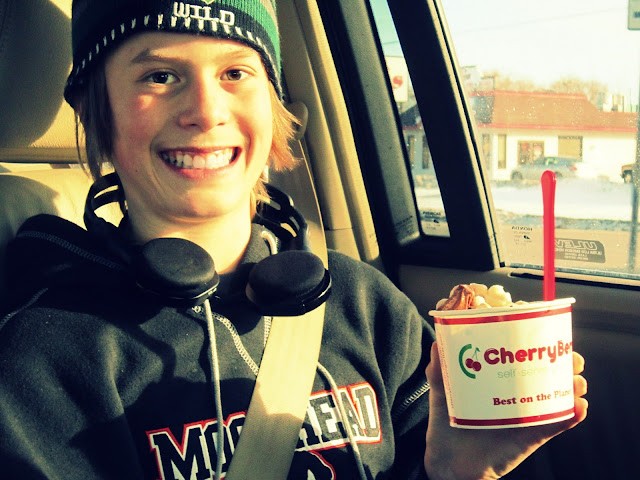