Usually by this time of the year, we are covered in snow. So I celebrated, on the inside, that we've yanked a couple of weeks back from the grips of old man winter.

At 9:30 this morning we jumped in our little blue Prius and noticed it just turned 198,000 miles and it has given us equally as many smiles at all of the gas savings we've incurred. 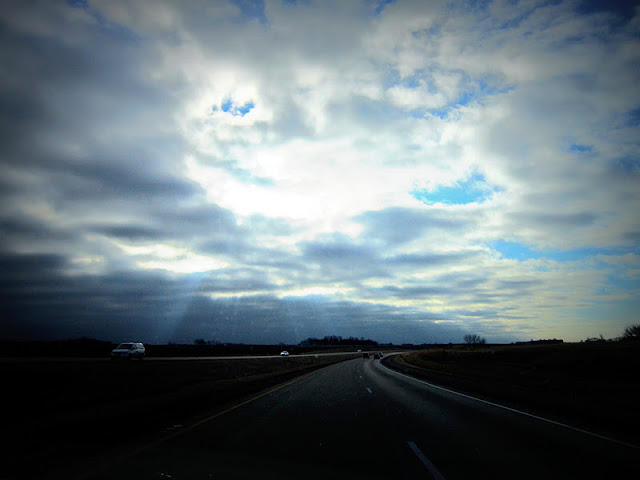 The boys were giddy upon hearing this... or not... they were just watching an old DVD of "The Country Bears."  Shhh, I promised Nolan I wouldn't blog about it, but I totally had my fingers crossed.  I love when they still get excited for the things they did when they were 4. 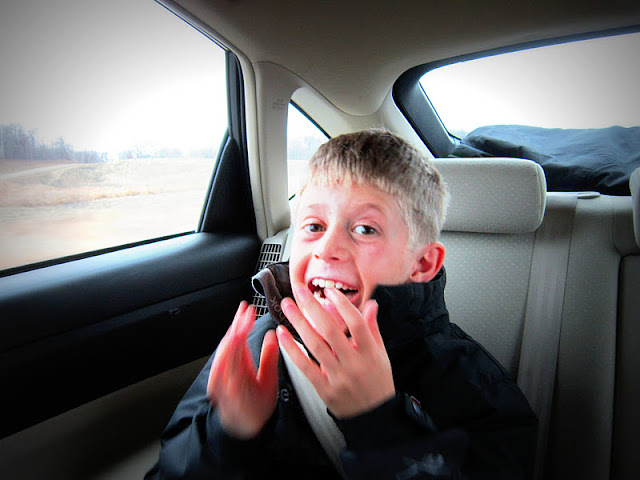 He is trying so hard not to let me see him smile... but those eyes and the way they dance when he likes something- give him away every time. 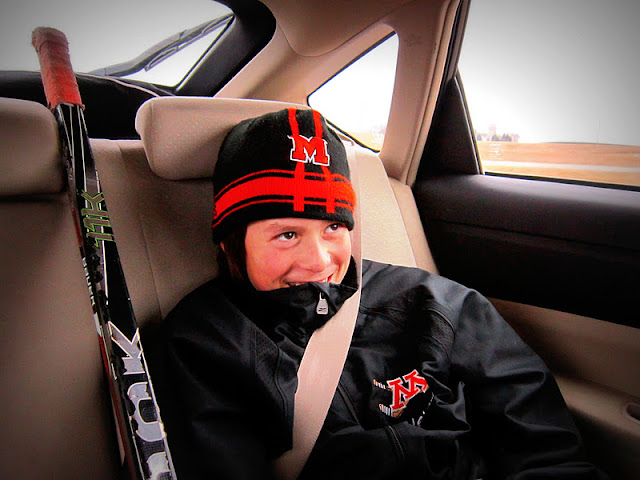 When Rick said we were going to a "Truck Stop" for breakfast,  he wasn't kidding. 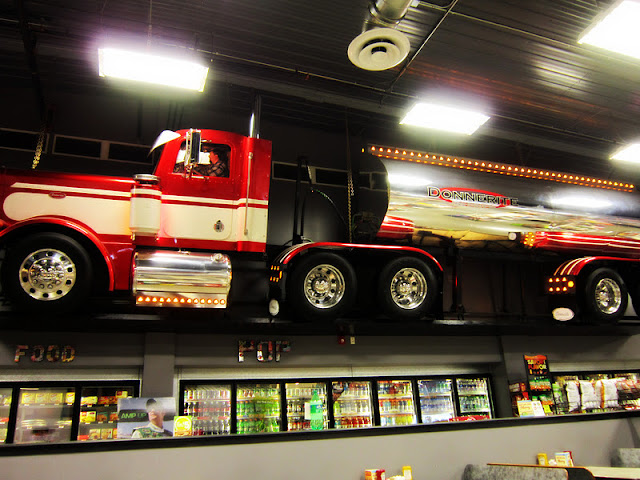 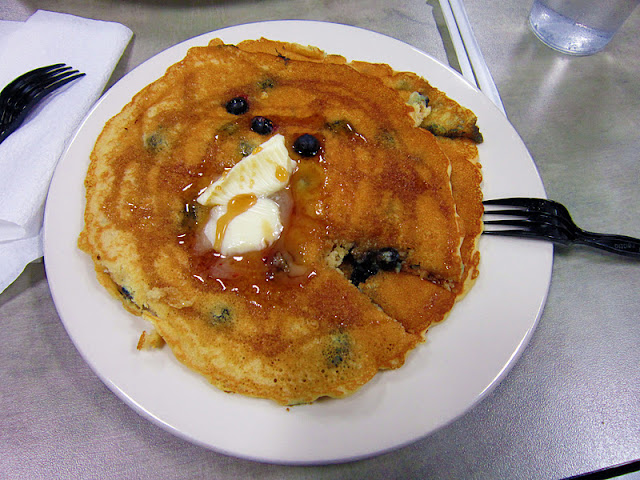 In case you haven't any idea where we might road trip to on a Sunday morning?  Here is a subtle hint... its sometimes called a "barn." 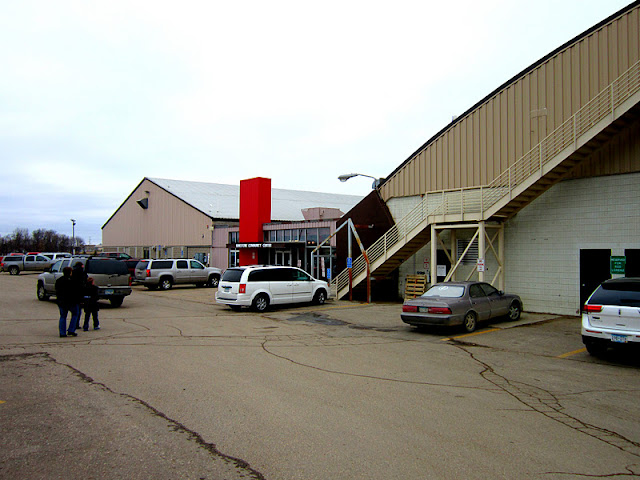 And when you see the rafters inside, you completely understand why.  Nolan's Pee Wee team was playing their first away hockey game in his coach's home town of Alexandria.  The pressure was on for a big win.  As an A-2 team, we are challenged more times this year with trying to match up with A-1 teams.  We have been told not to expect to win a lot this year, but the development of our kids will be worth it. 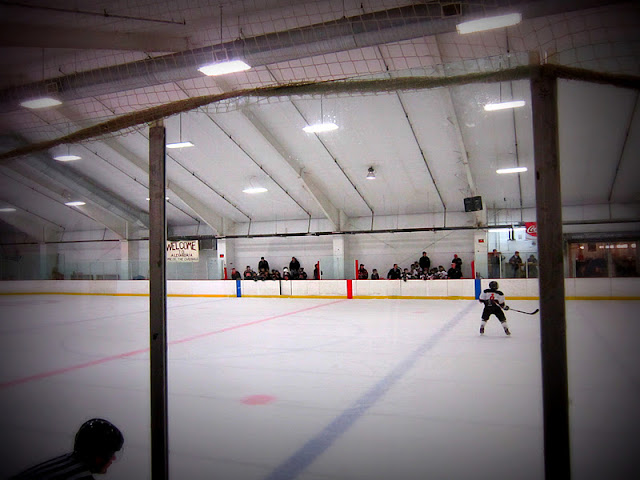 Nolan, below, in black trying to get it past the goalie... but it didn't go... 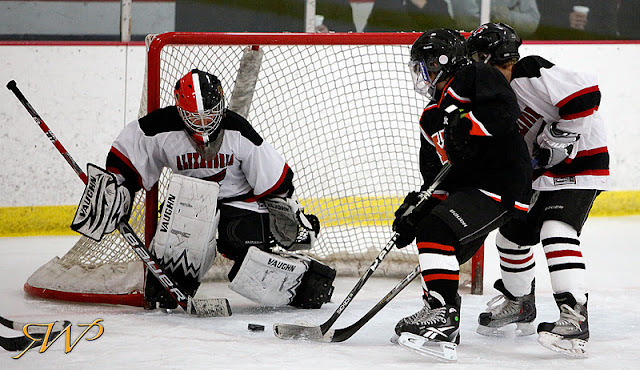 Nolan skating with the puck... 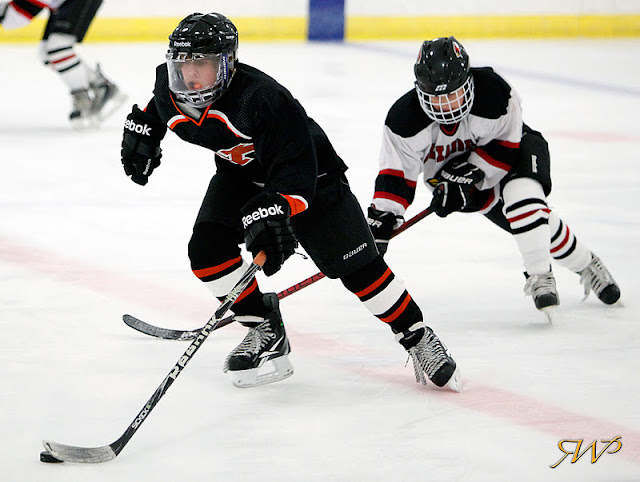 Nolan on the left, found out what its like to play with a defensemen who has a knack for sticking to you like white on rice...  Nolan could not figure out a way around him... yet. 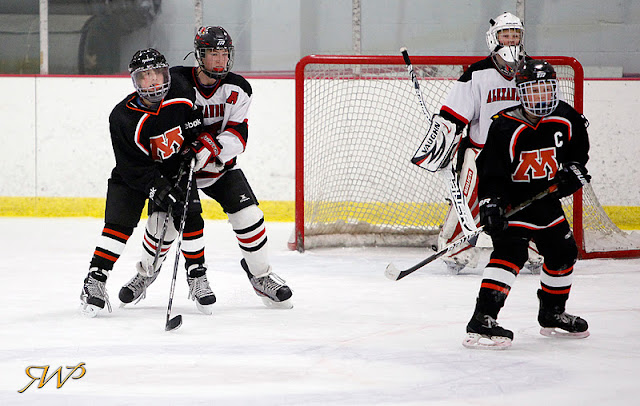 At the end of 3 periods, we were tied 1-1.  Both teams played a fast and aggressive game... but just a little ways into OT Alexandria scored and we lost 2-1.    It was hard to feel too bad when the kids skated with such heart and passion. 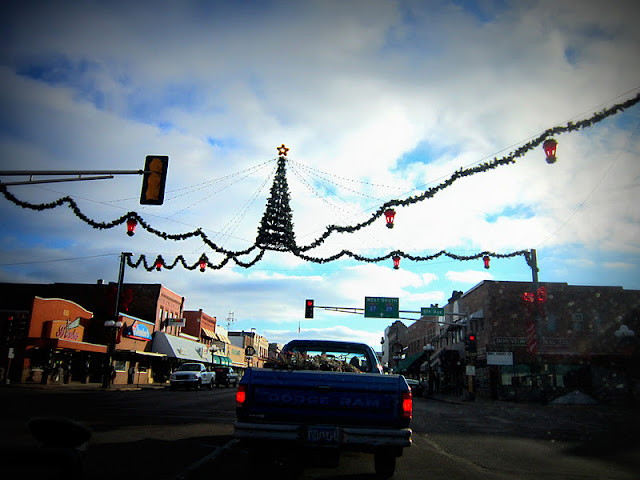 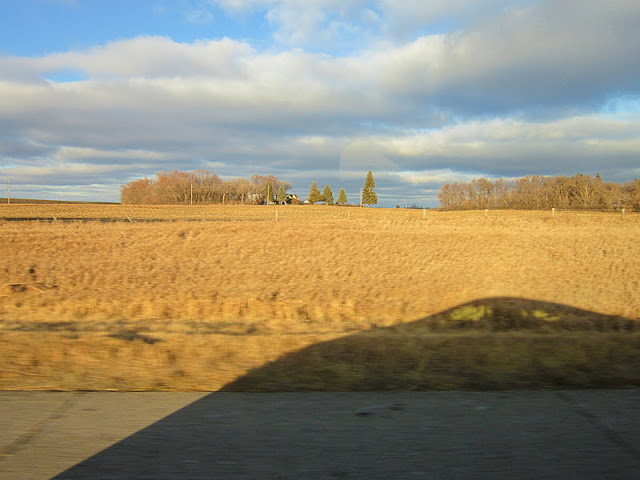 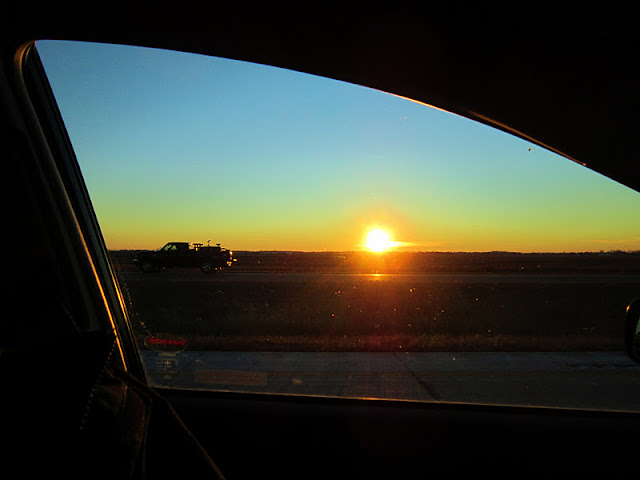 Chemo tomorrow.  Dr. Panwalkar is doing bone marrow transplants all day, so I will see a nurse practitioner instead.  My stomach crawls up in my throat a little as I type this.  Will I ever get used to this as a way of life?
Posted by Vicky at 7:00 AM