Nolan's first Halloween he was just 5 months old.  We had already figured out that earlier, was better, when it came to his bedtime.  So 7 pm was it.  But then daylight savings happened the same day as Halloween and guess what time little guy fell asleep?  That's right, by 6 pm, just as the trick or treaters were coming to our home, he fell asleep and missed the whole thing. 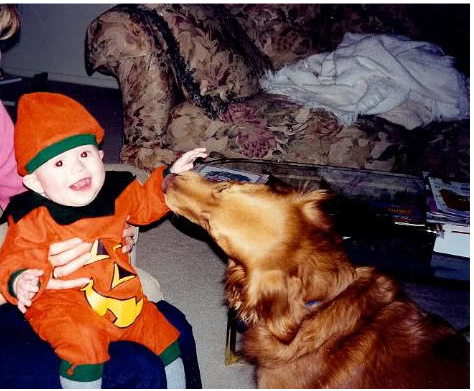 Who would have thought by the time his second Halloween would come around, I'd be pregnant with Colton already?  I was in the throes of all day sickness, and we decided to make a hasty trip to Minnesota, from Idaho where we lived.  Grandpa and Grandma would love to experience trick or treating with one of their grandkids.  But this lion lived up to his costume and roared the whole time we tried to take him.  Pretty sure we never made it out the front door!
Score:  Halloween 2 - Nolan 0 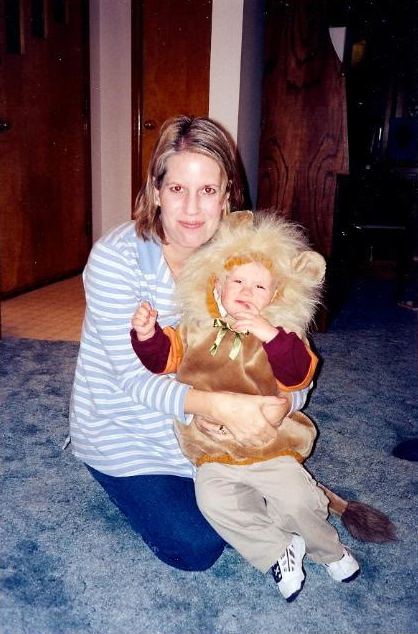 But surely by the time he was 3 and his Aunt let him use his cousin's Buzz Lightyear costume- well certainly he'd be excited to go then? 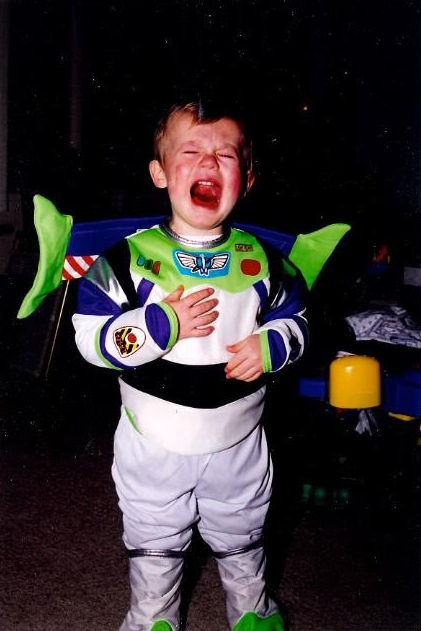 Score: Halloween 3 - Nolan 0
I'm not even sure when Nolan started actually leaving the house for Halloween.  One year we took Colton by himself and Nolan stayed with Grandma after we moved back to Minnesota.
But each year, there is drama and tears before we even get out the door with Nolan. Every. Single. Year.
And Colton?  With all the drama surrounding Nolan, this is the first actual picture I have of him in a Halloween costume.  He has always been completely thrilled and excited to go. 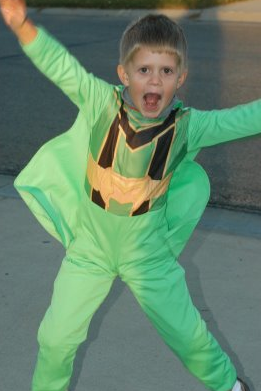 This year was an entirely different story.  There was more emphasis on pumpkin carving then costumes.
So Nolan carved a Pittsburgh Penguins pumpkin, of course. 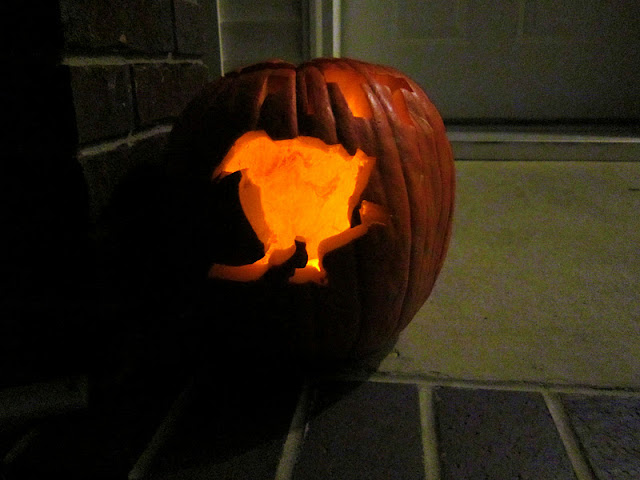 And Colton made a Clone Trooper pumpkin. 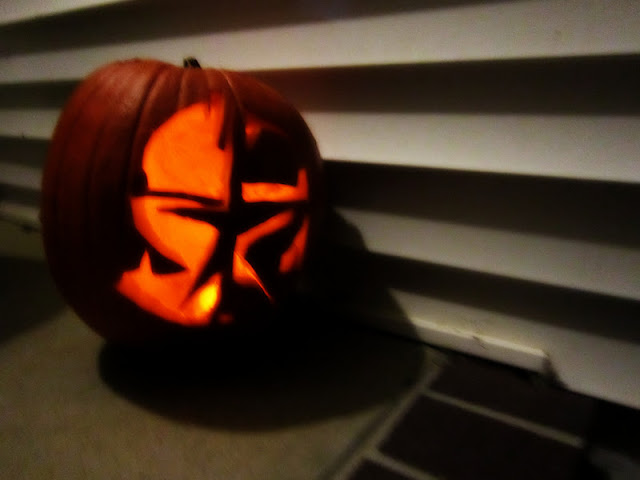 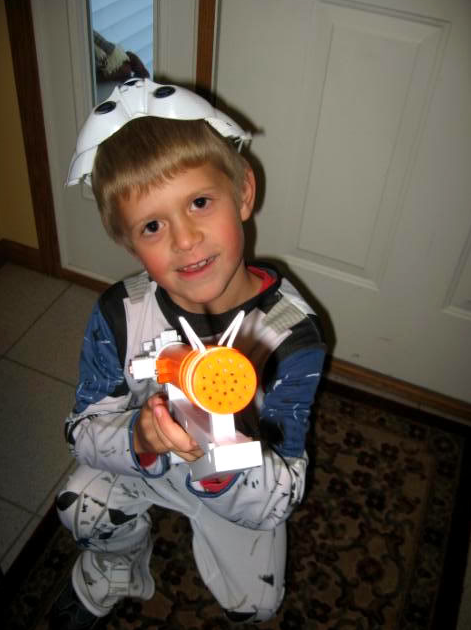 And Nolan, ended up going to hockey tryouts.  So Colton threw on his old clone trooper costume and the two of us went trick or treating.
At the end of the night we realized, it was the first time in 11 years we made it out the door without any tears and drama.
Score:  Halloween 10 - Nolan 1!!!
Posted by Vicky at 9:04 AM