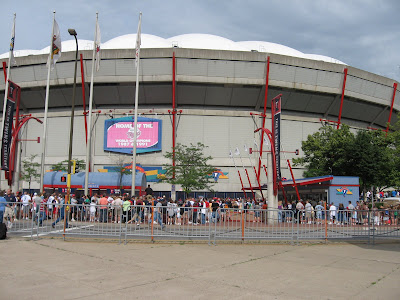 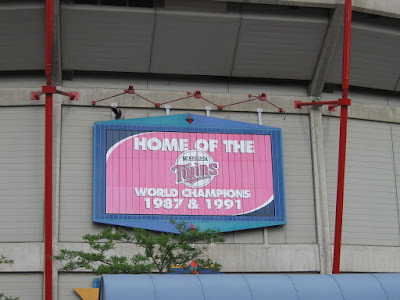 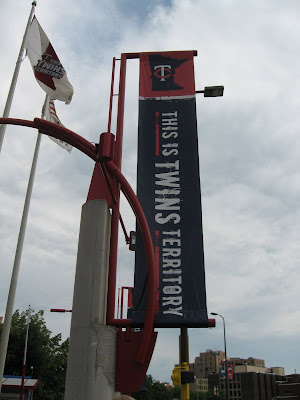 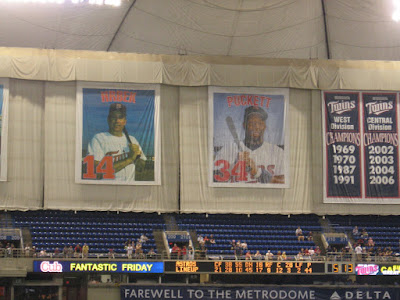 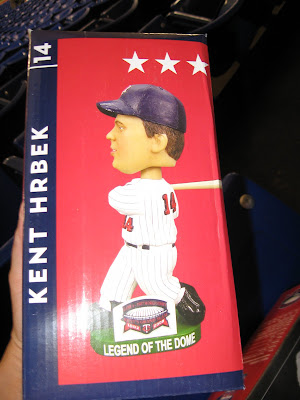 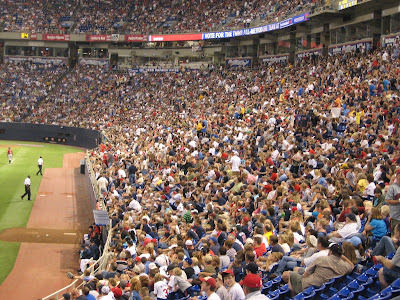 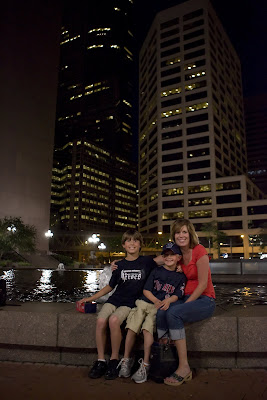 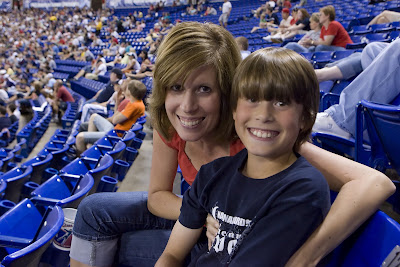 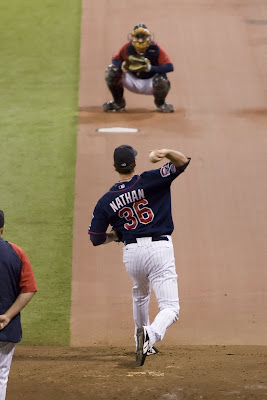 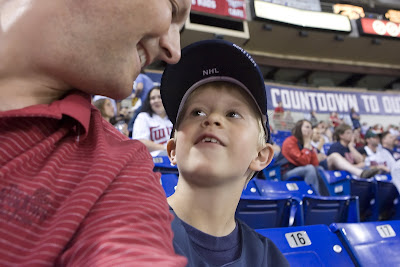 In what is clearly becoming the Westra way, we decided last Wednesday to go to a Minnesota Twins baseball game in Minneapolis this past weekend. We got a cheap hotel room, not so cheap tickets, a day off from activities and a free dog sitter. We left mid-day Friday and 3 and 1/2 hours later we arrived at our hotel.

Nolan and Rick have been to a few games before, but this was Colton's first one. He proudly donned his Justin Morneau jersey that he bought with his Birthday money and was set for the game. We were there so early we made it in time for each one of us to get a promotional Kent Hrbek bobblehead that the dome was giving away as part of the legends of the dome series.

As we sat watching batting practice, Colton looked a little disinterested. Finally out of the corner of my eye I saw Justin's number on the back of his jersey facing us. I pointed to Colton and he let out a yell "Mom, its the REAL Justin Morneau, I didn't know HE was going to be playing here tonight!!" I laughed at the sound of surprise in his voice. He was an enthusiastic participant in the rest of the game.

Nolan also seemed to enjoy the game and provided us with our biggest laugh of the night. As we neared the 7th inning stretch, we told the boys to get ready. So as the music played Take Me Out to the Ball Game, I noticed Nolan had dropped from my line of sight. Colton was singing like a pro as he had just learned this song in Kindergarten, but what on earth was Nolan doing? I finally look down to see Nolan bent over, touching his hands to his feet. HE WAS STRETCHING! He kept it up the entire time, as his father and I sat with our sides heaving with laughter, our literal son was getting in a good stretch!

We arrived home late last night and have been playing catch up again. With a hectic Monday on the agenda, I spent the day getting ready for it. I have much more to blog about, but I'll leave you for now with that visual of Nolan's 7th inning stretch!
Posted by Vicky at 12:00 AM