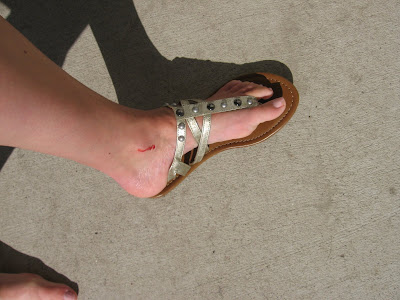 We played hookie from hockey yesterday to go to the pool in the afternoon instead. But I was a little hesitant to get overly joyous when I cut my leg shaving in the shower first thing in the morning. I was going after a part of my leg that has become impossible to get smooth. Plus, its karma, kicking my butt for all the times I teased my mom.

In the summer she'd pick up a razor for the first time, having not shaved for months at a time, because really, in the winter, what is the point? We need that hair for an extra layer of protection from the cold! So mom would attempt to hack at the forrest now growing on her legs and it was truly a hit and miss affair. I'd always find the place by her ankle where no matter how many times she stubbornly ran the razor like a hacksaw back and forth, she'd miss a few long hairs.

She'd get so exasperated with me. In my young mind, since the little blonde peach fuzz I had almost melted off my legs with an easy, breezy light stroke of the razor, I could only smugly think she was such an amateur! My mother has never worn make-up. Never dyed her hair. And without us kids coming along and requiring her to don a swimsuit and get in the lake with us, I am not convinced she would have been the shaving her legs type either.

Her only response to me however, stayed with me a long time... "One day you'll see. Your legs won't always be the same. Just wait. You can be smug now, but one day you'll see things like shaving your legs doesn't come as easily as it once did." Ha, I would think. We'll see. I took such pride in smoothing out my legs, how could I ever become sloppy?

But my mother and I would prove to have many such disagreements in life. The day Elvis died you would have thought we'd lost a family member. We watched tribute after homage after old movie. And it wasn't that I couldn't see how much of an american icon he was. But not having "experienced" a lot of it firsthand, and not having, grown up with him, I couldn't quite get the magnitude of the impact of those "Blue Suede Shoes." Enough already. Didn't she realize Charlie's Angels was probably on. Who cared if it was a summer rerun? Believe me, again, what I heard from my mother was, "you just wait, one day you'll understand!"

So yesterday I got a double dose of understanding. I cut my leg shaving. Not only are the contours of my leg changing, but I can't see them very well anymore! I miss so many of those not-so -peachy- fuzzy ones, more like stubborn-wiry-ones, now. I got my comeuppance. I would share it with my mother, but she has thankfully long since forgotten the basis for most of our disagreements when I was young.

But when I heard the news that first Farrah Fawcett has lost her battle with cancer, and then that Michael Jackson had suffered a cardiac arrest and suddenly passed away, it felt like such a double jab. Did I have to have my words come back and haunt me twice in one day? Can I really be that old? Suddenly, MY childhood idols/icons are passing away? And guess what, MY kids, completely don't understand!! But I did say to my husband last night, at least "Jon and Kate" suddenly sounds so yesterday, don't you think? 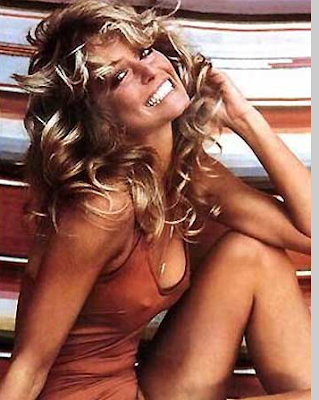 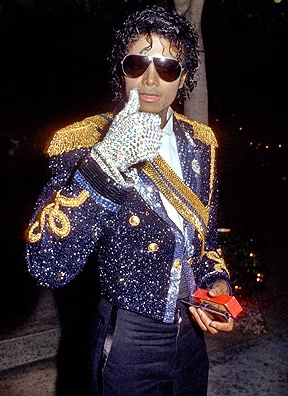