Its not Florida, but you couldn't convince our kids there is any other place they'd rather be right now. We packed up Wednesday and headed to St. Paul for the Minnesota State High School Hockey Tournament. Our Moorhead Spuds earned a spot in the tournament and the kids are all on break from school.

The Spuds played their first game yesterday at the Xcel Energy center against Eagan. The top 4 teams are matched against the bottom 4 teams.  We were on the bottom, unseeded and a bit of an underdog.  I always think its easier to come into a tourney with no big expectations placed on you as a team.  That way you can play to YOUR expectations, and not worry about everyone else's.


The boys were ready hours before the game even started.  Not sure what Colton was trying for, but its the only look he would give me... 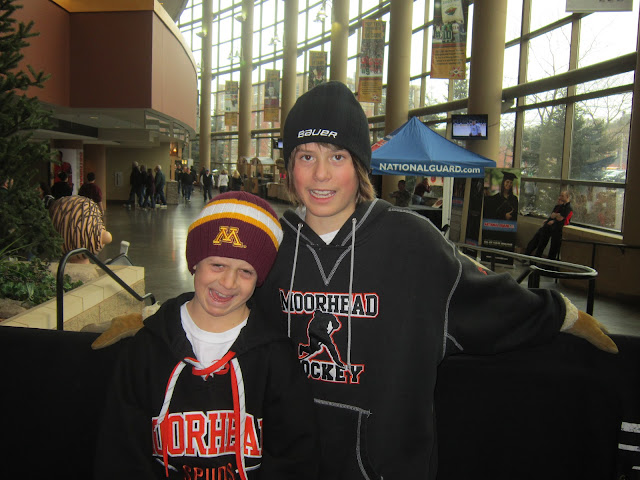 We were spoiled in the seat department... although there isn't a bad vantage point in the Xcel. 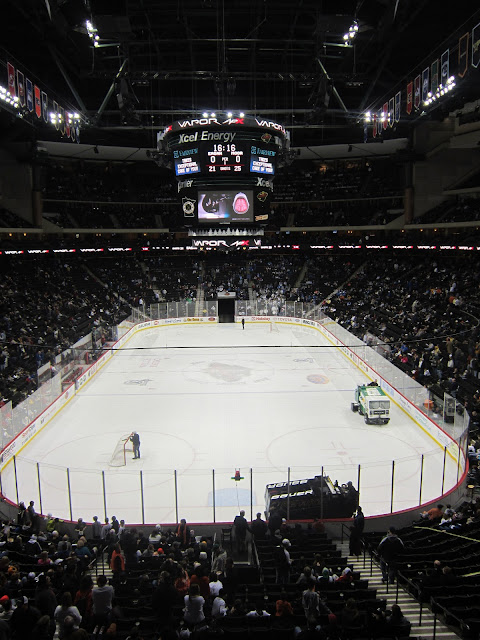 The spuds warming up... 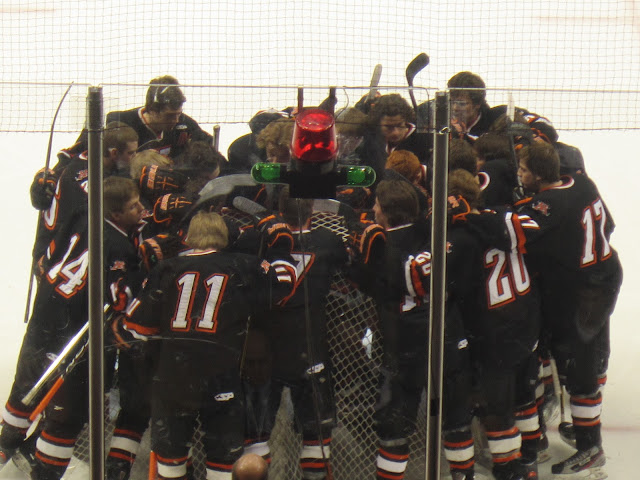 And now the pro shots taken by my hubby... 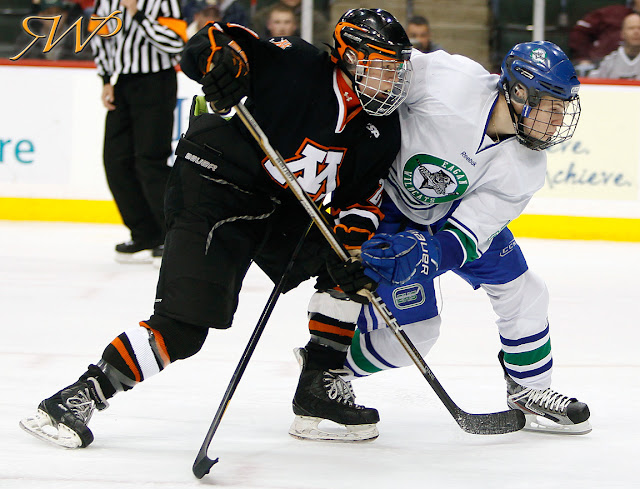 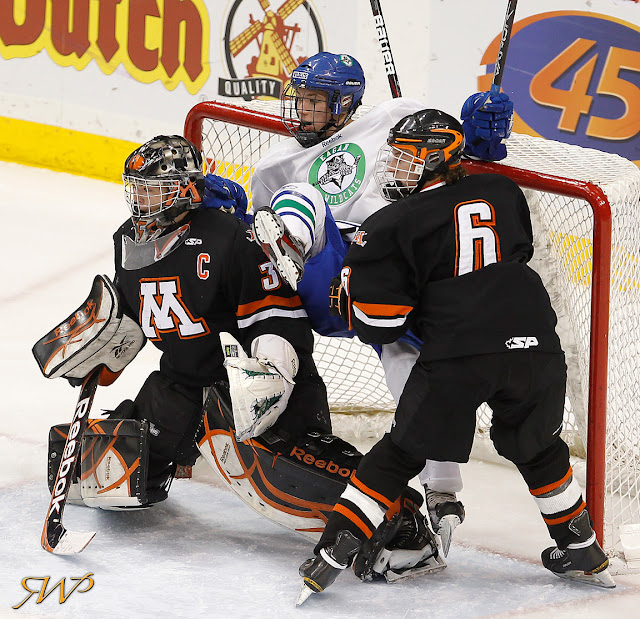 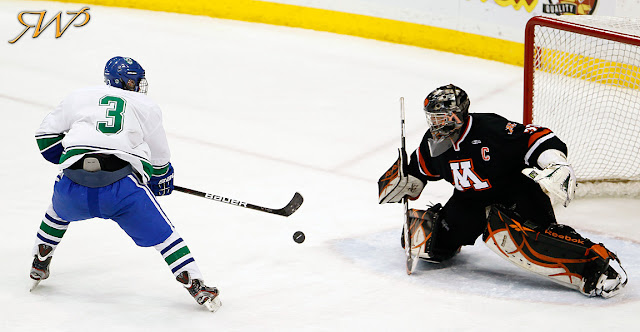 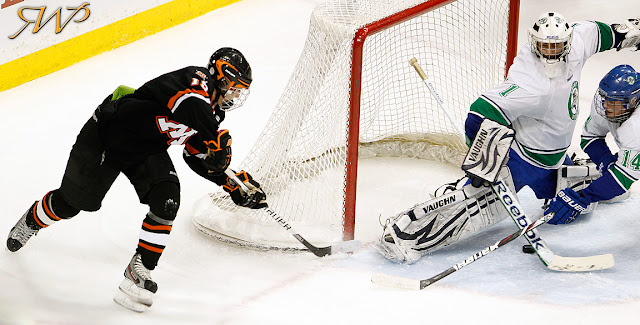 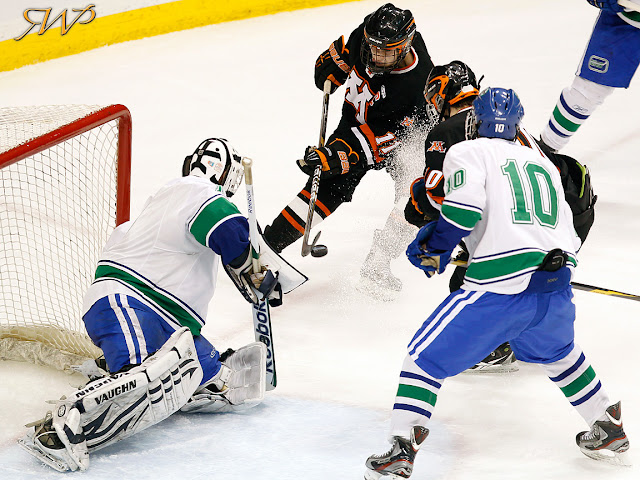 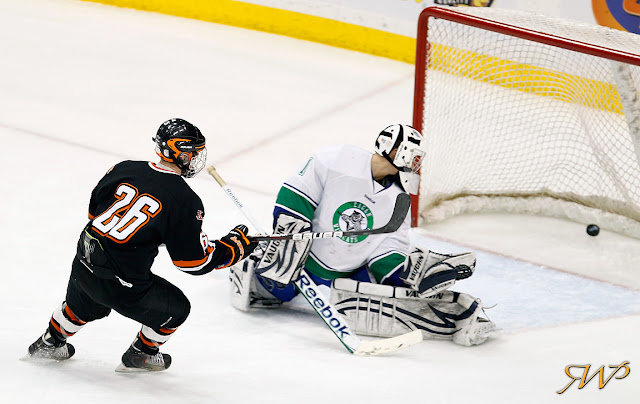 Our goalie, Chance Bitzer, was unbelievably rock solid in goal yesterday.  He kept us in the game, making save after save.  We had a pretty flat first period.  But once we found the back of the net, we went on to win 4-0.  We upset a seeded team and earned a spot in to the semi finals for tonight! 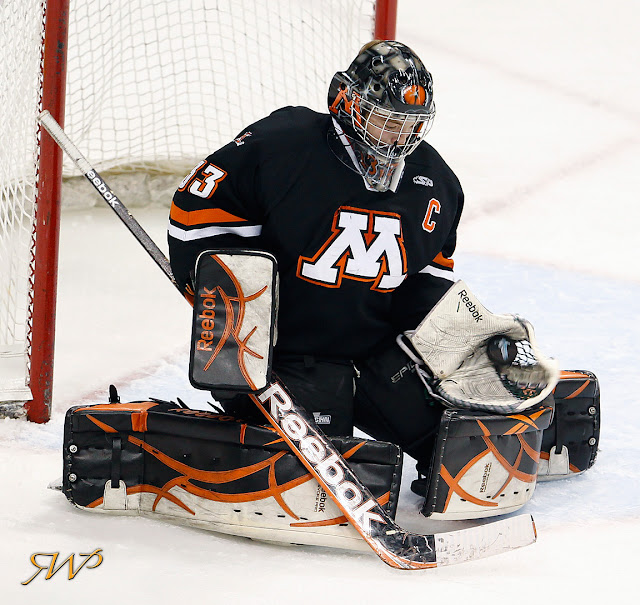 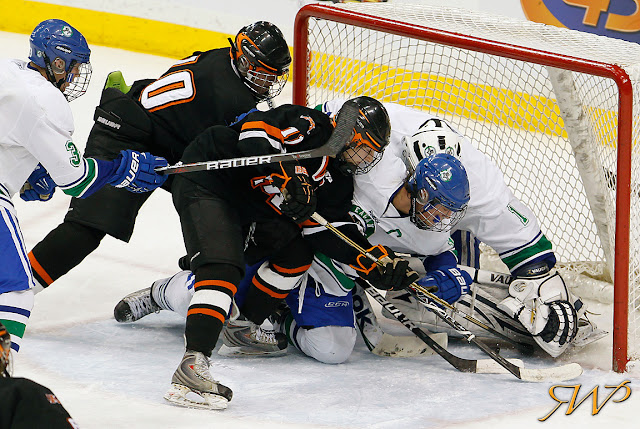 We have a large contingency of fans cheering for our boys.  We believe they can!  No team from Moorhead has won the State Championship Title, even though we've played in the final game many times.  We are due for the big win!!
By the end of last night, we watched as all 4 seeded teams were upset by the unseeded teams, including the number one team in the state! 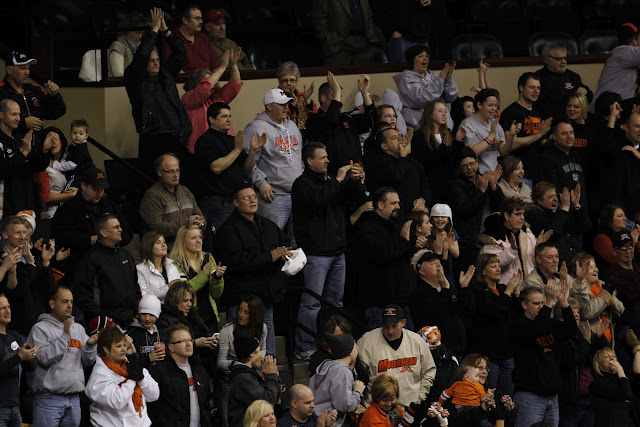 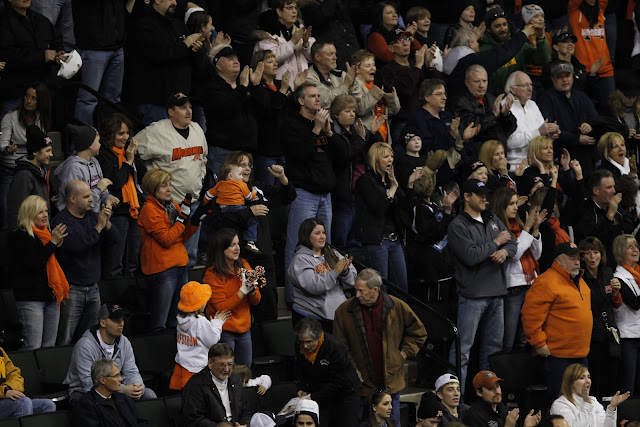 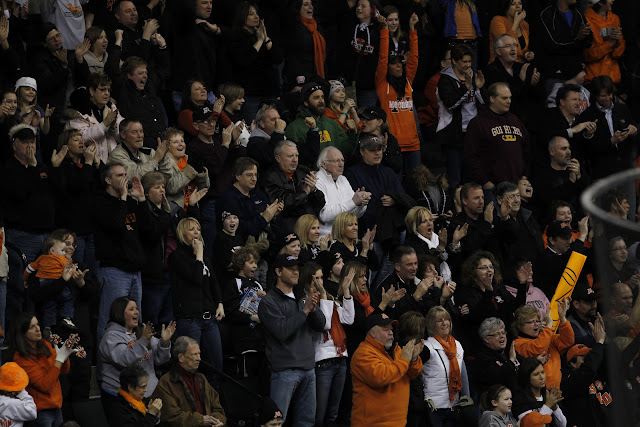 Rick got a shot of us in our "lucky" seats.  For a tired woman and two active boys, this was a treat that saved the day.  I managed to preserve some energy to get me through the whole day, and I was so grateful to not have to fight crowds and wrangle boys all over. 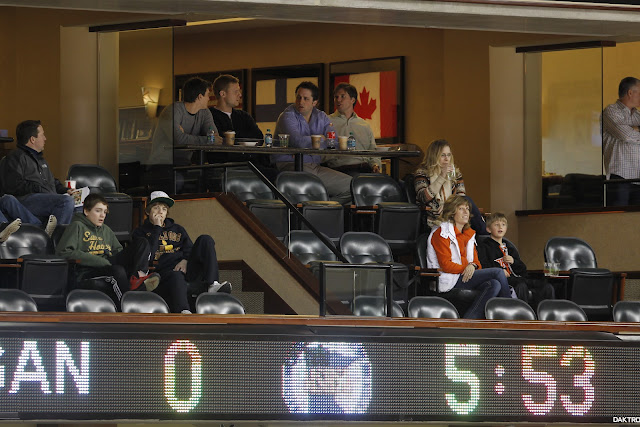 My big boys played with the little boys.  These two swear they are BOTH going to be goalies when the grow up.  Oops, sorry Matt. 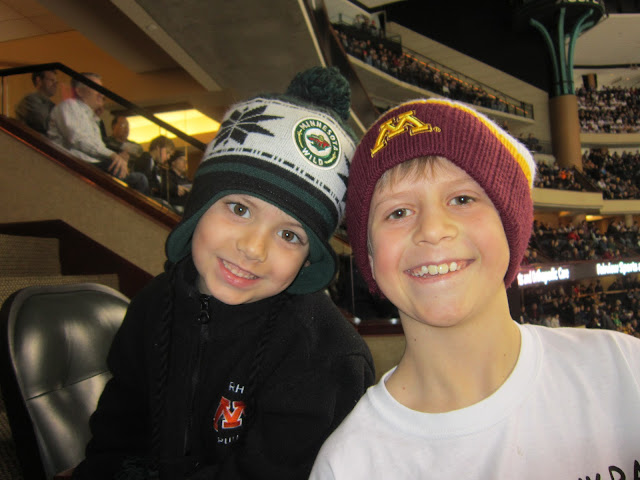 And this cutie?  Was so excited to tell me he skates on 2 legs now.
Thank you to the Cullen's and Mikko, who graciously let 4 boys invade the suite, complete with a knee hockey game, and a  feast of mac-n-cheese. Mikko wasn't necessarily a Spud fan initially, but he did concede at the end they were a worthy team. 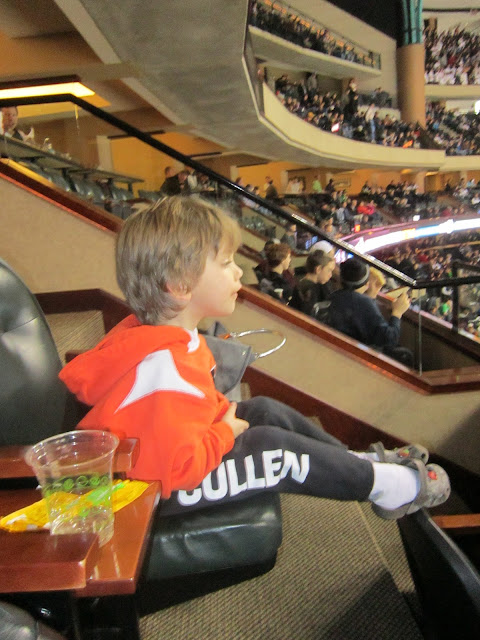 And while we are on "break" I missed 3 calls from the clinic.  Oh well, I'm off the clock for a few days.  I guess cancer will just have to wait...
Its no Florida, but I am inclined to think like the boys... I can't imagine myself any other place right now.
Posted by Vicky at 3:21 PM