Just an hour before I was headed out the door to work at Nolan's Pee Wee tournament on Friday Rick's voice alarmed me as I got out of the shower. "What's that on your backside?" I think I viscerally started to respond before I even looked. I can fly into panic apparently in 1.2 seconds. I scanned the area above my tail bone quickly in the mirror. My eyes lasered in on two perfectly round spots about the size of a dime, black and blue in color. Hmmm, bruises? Right there? I haven't fallen, or bumped into anything, or... have I? I know I will have to call the Doctor. I know I may be late for work at the tournament.

I call the research nurse and she is on vacation. But it just so happens I've met the other nurse and she remembers me. "Maybe your platelets have bottomed out?" Of course, purpura is caused by low platelets. Maybe I'll need to come in and be seen. Or maybe I'll just need a blood draw to get to the bottom of it- oh, no pun intended. But the nurse decides to run it past Dr. Panwalkar just to be sure.

So we start to put all kinds of plans together. I will go the rink until I hear something. I regain my focus and head to the rink ready to help with credentials for teams arriving at our tournament.

Within the hour my phone rings. The nurse has a lightness to her voice when she asks for me. "Dr. Panwalkar says you are too skinny. He is not worried about it- go eat something- go have some Christmas cookies or something." She laughs. When I know he isn't worried, I won't be either. Crisis averted. I breathe.

Thursday night while at practice with Nolan I heard the team had been asked by the coaches to "dress up" the day of the tournament.  Nolan and I dashed out the door to see what we could find for the next day.  The team colors are black and orange and he wanted some combination of those.  He needed the works- shirt, tie, pants, and shoes.  Would you believe we found it all in one store, on sale and in his size in under an hour?  He was so earnest in getting the right fit and look and completely hung on my every word.  It was such a fun experience with him.  While I can't convince him to do cut his hair any shorter, he still cleans up pretty well! 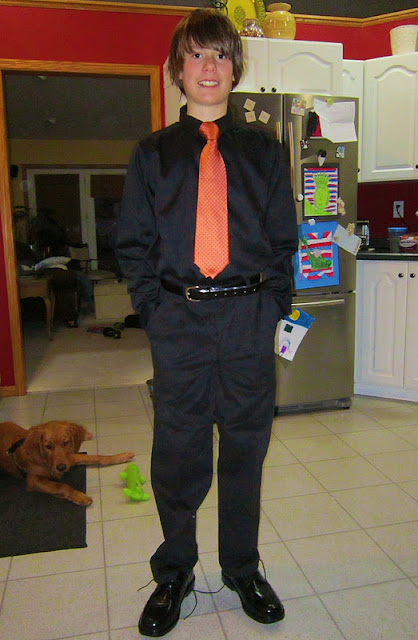 The trophy for the champion.  The tournament is actually named after a high school classmate of mine, Steve Dorsey.  He was crushed by the boards in a high school hockey game and has been paralyzed in a wheel chair ever since.  But he has lived a full life by all accounts and its an honor to see my son play in a tourney with his name on it. 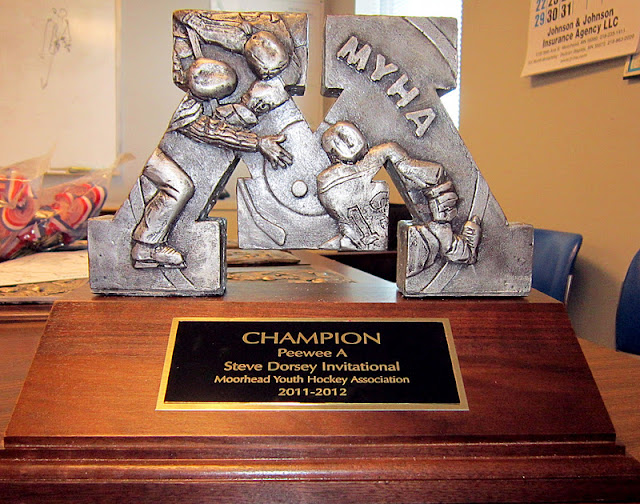 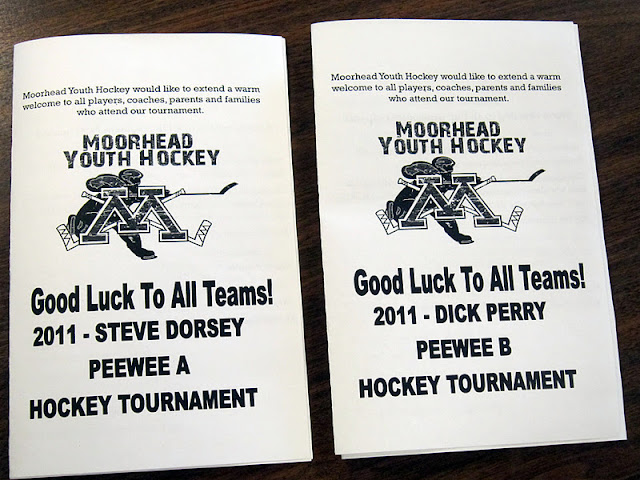 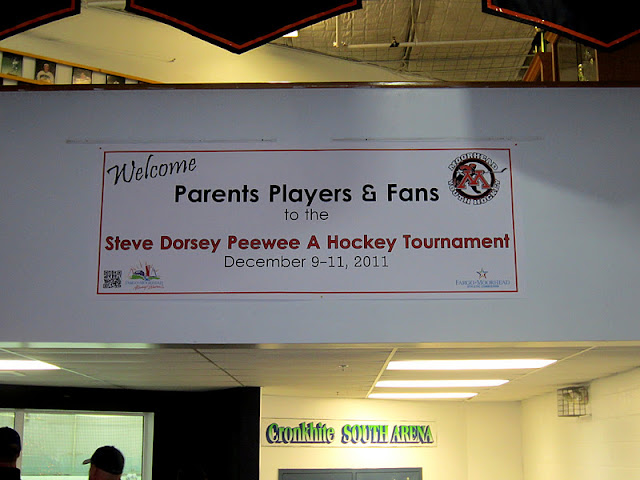 Brady's big brother Ryan plays on Nolan's team.  Another year or two and he'll be ready for his own hockey career to start! 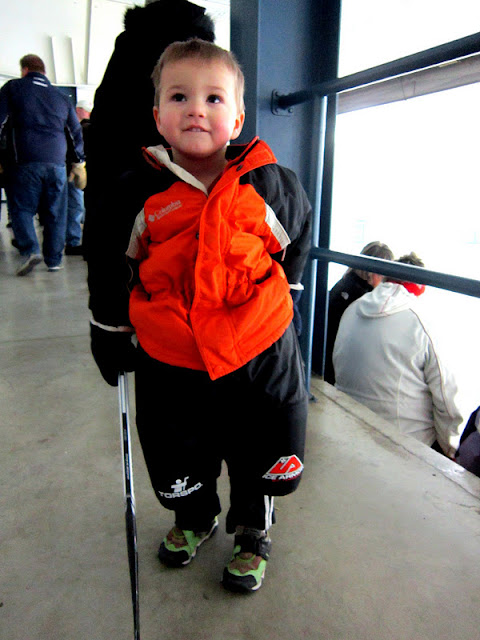 These are Brady's sisters Olivia and Kate.  The definitely gave me something to smile about... 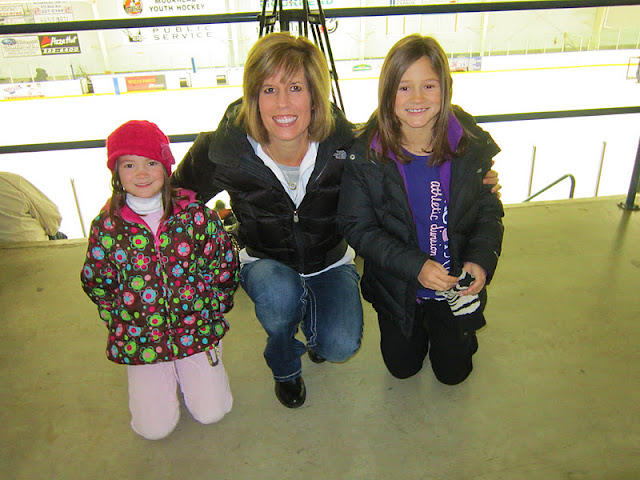 because our boys continue to struggle on the ice.  They are being asked in their first year to step up and play at an A level when they don't have much experience playing at a Pee Wee level. So its been hard to watch and the lessons are unfolding at a fast rate for all of us.  But I am convinced, there is glory amongst the hard and messy in life.  You just have to be willing to dig for it.  Keep digging boys, we know you have it in you.
Posted by Vicky at 7:00 AM