Lewis and Clark, or Clark and Lewis

Friday was the big event. We've been hearing about his "performance" for weeks and weeks. Nolan has gone to school early on occasion to "study his lines." Each fifth grade class puts on their own performance in their music class.  In the performance of Lewis and Clark, Nolan would play Clark.

From the beginning the humor infused in the play provided for lots of laughs. It seems that Clark takes exception to everyone saying Lewis and Clark, and so one of his repeat lines that he shouts out above everyone is "That's Clark and Lewis..." His teacher told us afterwards that he shouted it the first time they practiced it and she both laughed and decided it should stay that way from then on.

While this clip is not the famous "Clark line," it is a sampling of their performance.  Lewis, is being played by Nolan's friend Jack and Nolan is on the left.  The clip ends with a snippet of Lewis and Clark singing.

Untitled from Vicky Westra on Vimeo. 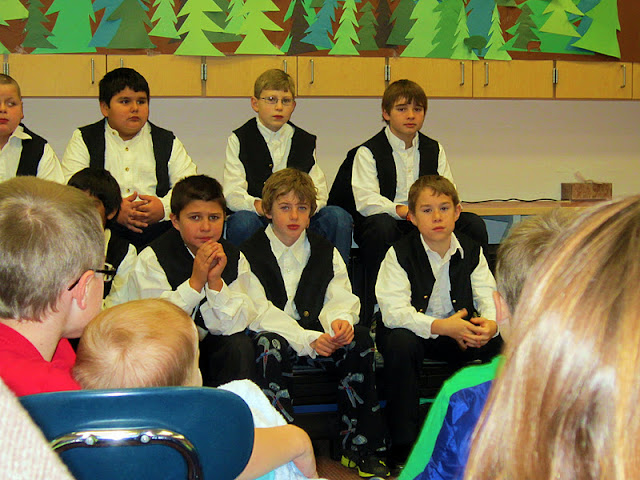 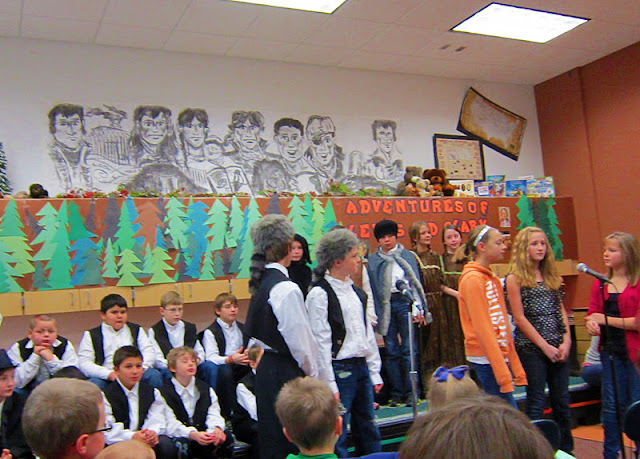 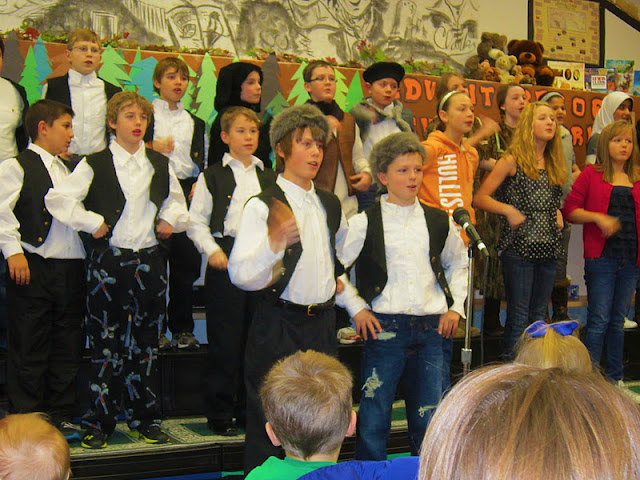 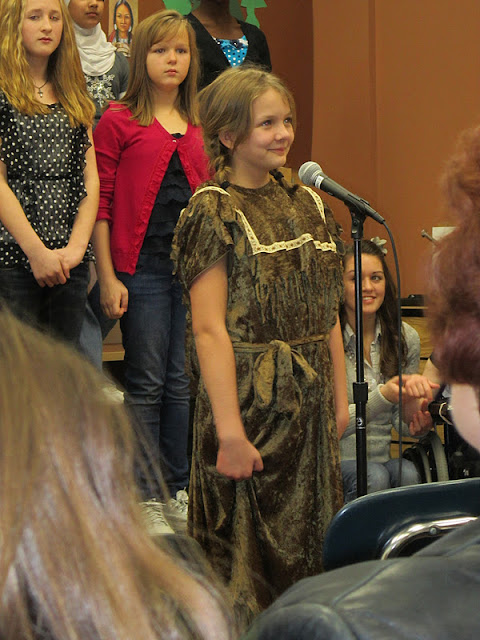 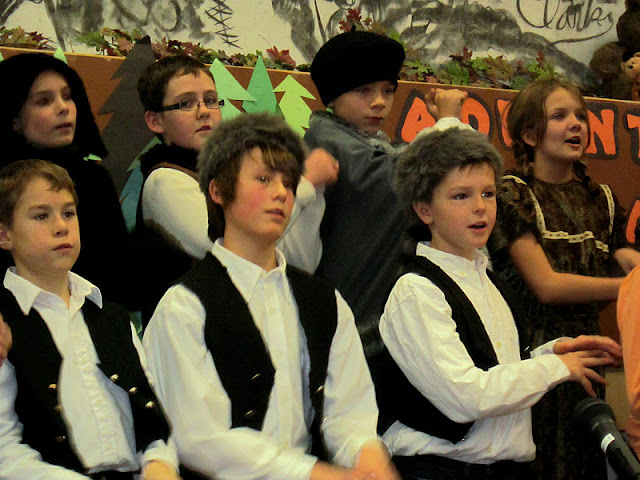 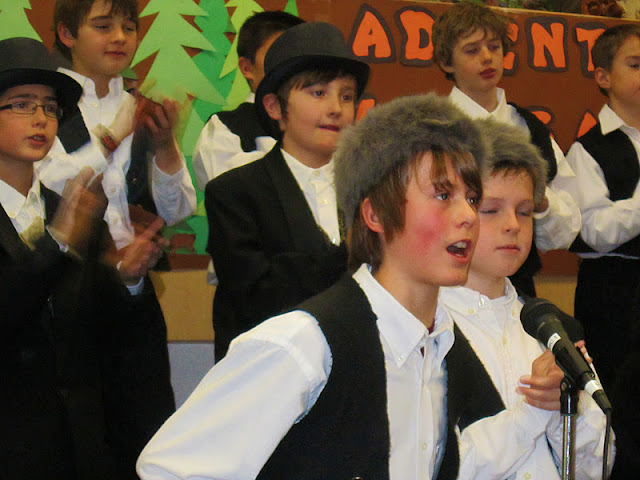 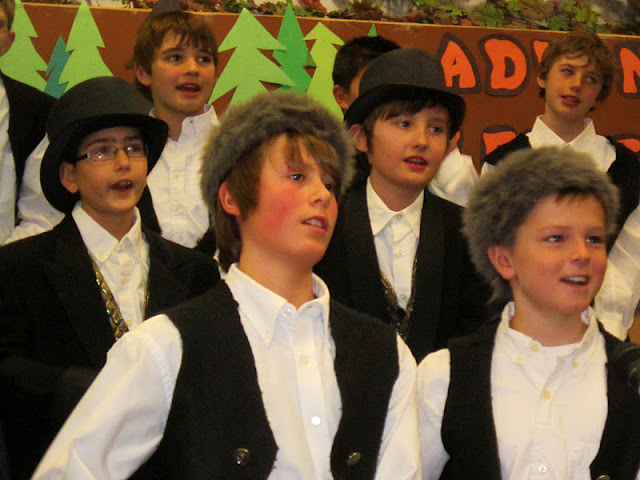 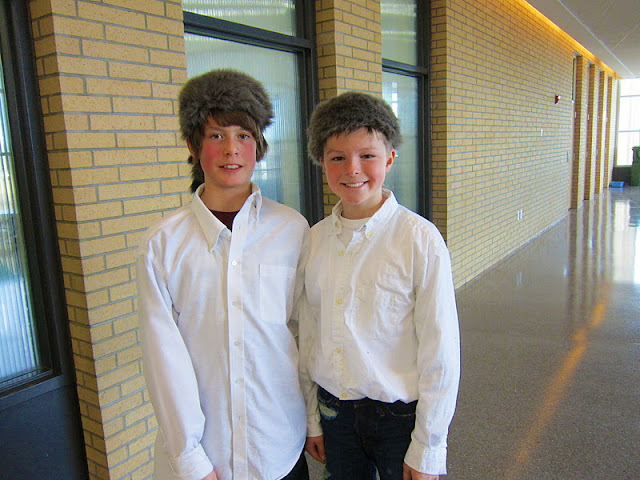 I was still battling nausea Friday morning.  But nothing could keep me away.  I saw a couple of confident and competent young boys, embrace a part they'd been given and give a flawless performance.  Nolan didn't seem nervous, or embarrassed.  He remembered his lines and when to say them.  As soon as it was done, I had only one thought... again please... I want to see it again.
Nolan, you rocked dude!  Mom and Dad were so proud of you and your fifth grade class!
Posted by Vicky at 2:48 PM