In between the games at the Xcel, our own boys played in a hockey showcase in Andover, MN, this past weekend.  We weren't sure what to expect as we were placing our confidence in the boys and a couple of new-to-us coaches and hoping for a good outcome.  The players come from all over the state of Minnesota and are then placed on teams.  Our 4 Moorhead boys were placed on the "black" team.

I think we were all pleasantly surprised at how well every single one of these boys stepped up and performed.  Jack, directly to the left of Nolan, was chosen to be the honorary captain as he had performed well in the practice Friday night.  The boys played well with their new team mates and settled in quickly.  It was clear the black team had a bit of an edge on the white team they played against.

The black team was victorious with a score of 8-2.  Ryan, in the maroon and Gold M on his jersey had a goal and a couple of assists.  Riley in the Titan t-shirt, had a goal and several assists which was enough for him to earn the second star of the game.  Nolan, with 2 goals and a couple of assists, was the first star of the game.  It was clear to me, however, they were all stars of the game as they skated as a team, encouraged each other, and represented the community of Moorhead well. 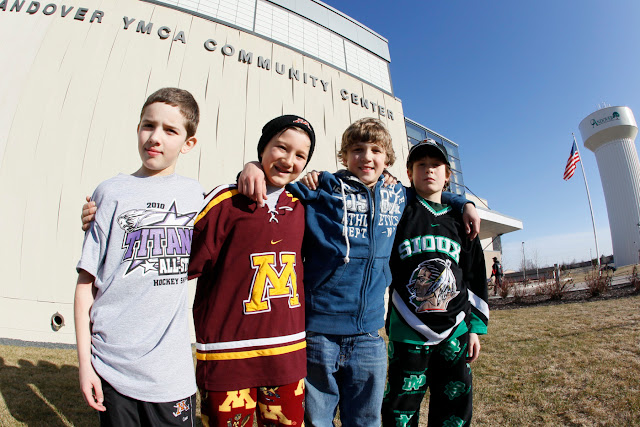 Riley and Nolan with their trophies. 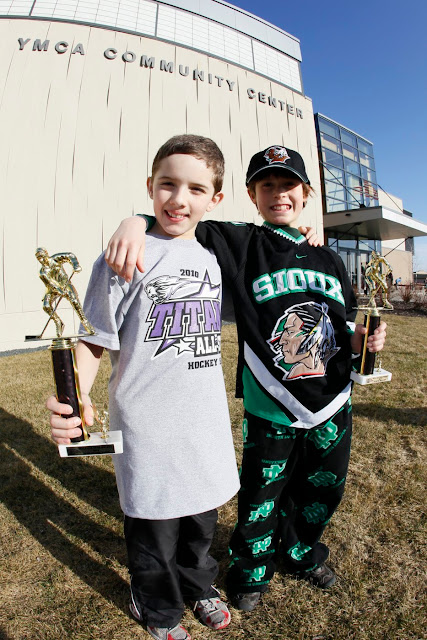 Nolan scoring the second of his two goals. 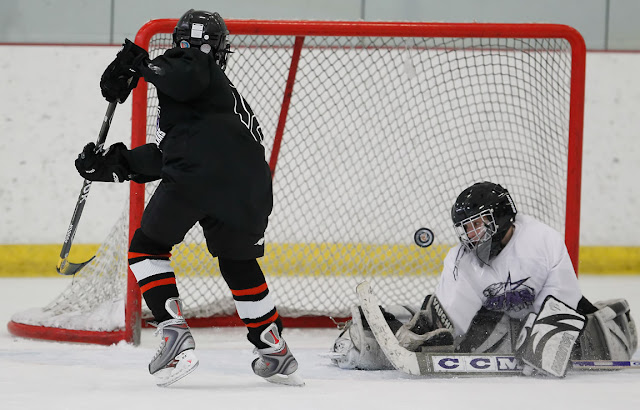