The rumble of the dump trucks is evident again today. As are the overhead helicopters. The sandbags and loads of clay for the levees are arriving by police escort. The war-zone feel has returned.

And yet its different this year. I've been out walking looking for places that needed help. From the places I can get to by walking, the clay levees are replacing the need for sandbags in our immediate area. So instead I'm washing clothes now and doing any major cleaning for when they ask us to cut back on water usage later. We haven't pulled the toilets yet, or plugged anything yet.  Tomorrow we will go to the volunteer center with the kids to see where our help is needed most.

This is what our neighborhood looked like last year. It was sandbag central and all we had to do was walk out our door and go to work. 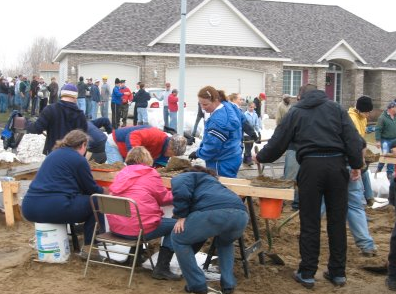 Currently the river is at 28.66. The forecast is still for 38 feet with the crest coming on Sunday. We've been a bit on the fence about leaving. Last year we had to evacuate, but this year we had a trip planned already.

Nolan is playing in a hockey showcase this weekend in Minneapolis and we think we'll go. Its a little unnerving in the event our sump pump goes out, and yet I'm not certain its cause for us to stay. We'll have neighbors keep an eye on the house for us.

Maybe I only feel this way because the sun came out for the first time in weeks today and we broke 40 degrees. Or maybe because the river is being stopped further away from our house this year, and I can't say that I feel as directly threatened.


This was over just a block directly behind our house last year. It wasn't built wide enough at the base and there was a big concern the dike could breach here. We spent a week on this dike working alongside these fire fighters.  The water eventually came within inches of the top of this dike. But it held. 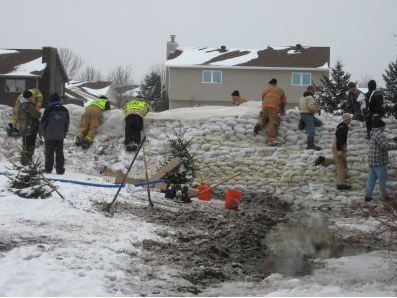 For perspective, this is the river behaving nicely on a typical summer afternoon.  You can easily see the other side and it doesn't get much wider than this in most spots.  We had rescued a wayward turtle in our yard and returned him to his former stomping grounds on this day. 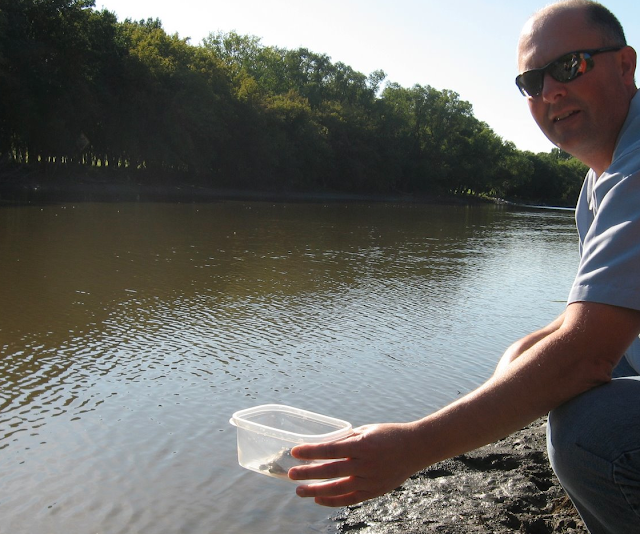 Instead of the sandbag dike, this is the clay levee going in down from our house by the coulee.  Last year the water come over this road and down throughout all of these backyards.  This year only the houses to the north of  this avenue will have to sandbag.  Our house is to the south of this avenue.

Rivershore Drive is notoriously the street that needs to be sandbagged the most. The driveways are filled with palettes of sandbags waiting to be placed.

Traveling along the bridge that divides North Dakota and Minnesota. The river is on the border of the two states and is underneath the highway. A quick snapshot through the window of the car as we passed over.  The water is usually only to the edge of these trees.

Another bridge that crosses back into Moorhead where you can see a bit of the river spreading well over its banks.

Woodlawn park which is completely under water now.