The night the Bruisers came to play

Nolan's travel hockey team had some visitors come play them as the finale to their travel season. As if winning the cup weren't enough, immediately after the championship game Sunday night, the "Bruisers" took the ice in their debut. They were a Motley crew that some swore bore a strong resemblance to some of the dads on our team... but for this night we affectionately referred to them as "the old guys."

Without a single practice under their belts, and most of them not having put on actual skates in years, the crowd held their collective breath as the team took the ice.  From what we could tell, all but two of our kids had Dad's Bruisers on the ice.  Our goalie for the Bruisers, couldn't actually skate, so he propped himself up on the net and somehow made more stops than he let go through.  He also happened to be dad to the Squirt goalie of our team.  We were never really sure he could get back up when he went down, but he was standing on his head and stacking his pads like a pro before the night was over.

To the delight of the crowd, we watched as the Bruisers matched the squirts goal for goal.  If you look closely at the pictures, beneath most of the helmets and mouthgards, you could see smiles as the Bruisers showed the Squirts how to play some old-school hockey.  Until the score tilted in favor of the Bruisers.  It seemed that the Bruisers wreaked havoc on more than just the ice, there were some young egos that were a bit crushed at the thought of losing their last game.

But on the flip side, there were some older egos that were stoked, savoring the thought of the last time they may ever be able to beat their young sons in a game of hockey.  By the time these boys move up to the next level and begin checking, for the most part they will be too good for the Bruisers to even stand a chance. 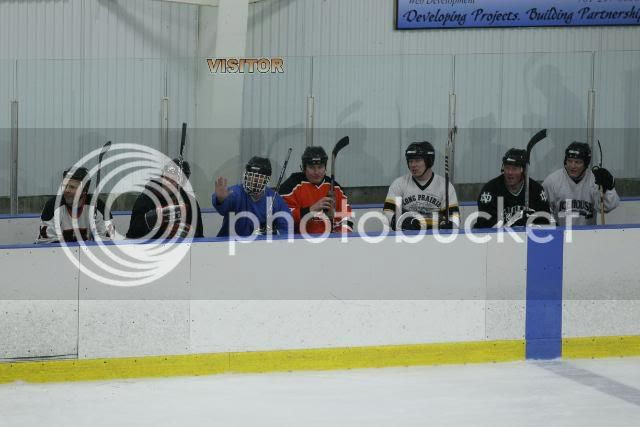 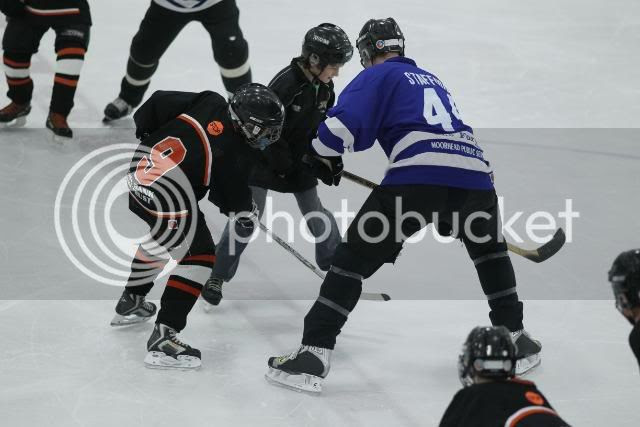 Coach Westra getting a few extra shoves as they battle for position. 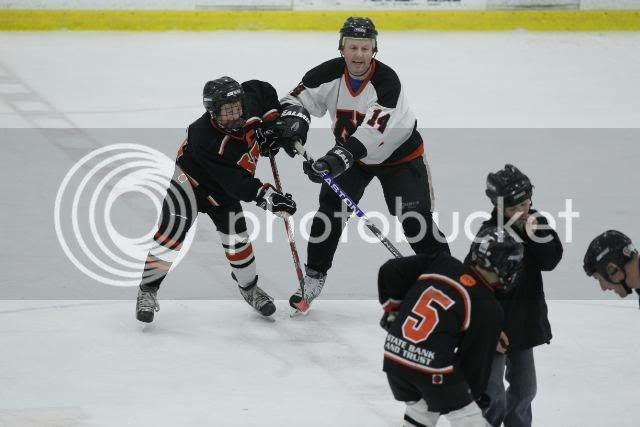 Look out goalie, Nolan's going top shelf... Its okay, I'd duck too! 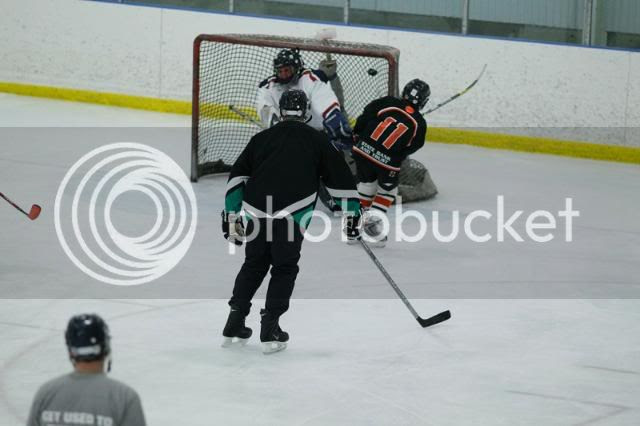 For good measure, Daddy scores too! 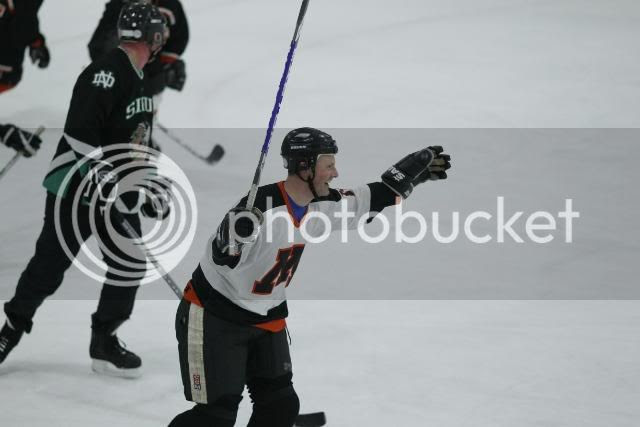 They survived! Now just wait to see what they feel like when they get up in the morning. 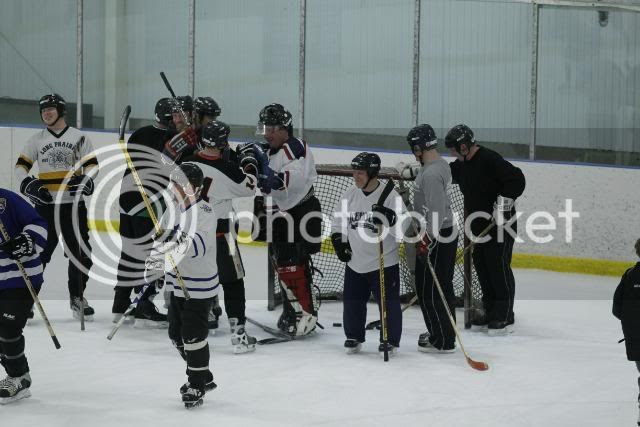