The best presents are the ones you can't buy. They're the ones that burst through your door and take your house by storm when your best friend comes to town for a visit.

He walks in all full of himself in his 3 year old big boy glory and makes you laugh till your sides ache. With the promise of Christmas and presents dancing in his eyes, his magnetic energy draws you in.  And you know this energy well.  It reeks of "boy" and is fueled by trains, and playing games of chase and turns presents into chairs when it needs a quick breather.  And then like a flash he is off again, a whirlwind of motion and noise and chaos.  So you breathe in deeply, as your memory takes in the smell of yesterday... your own were this young once. 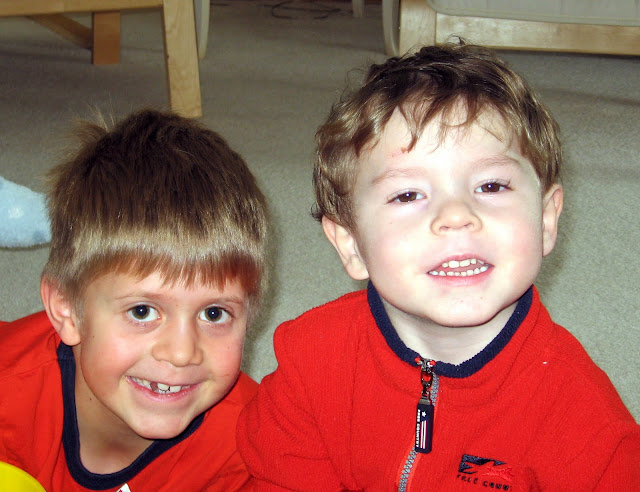 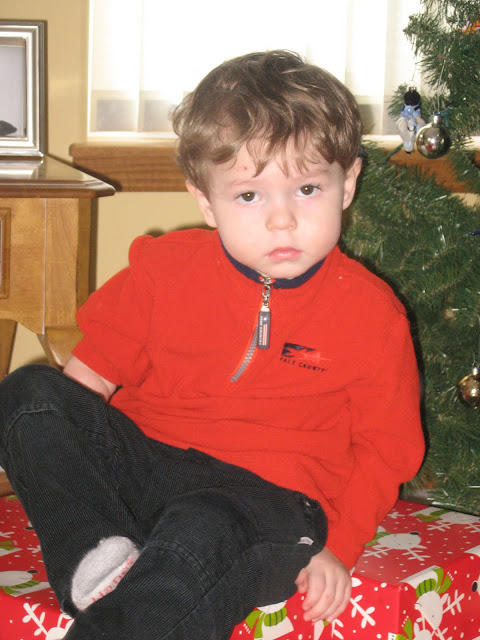 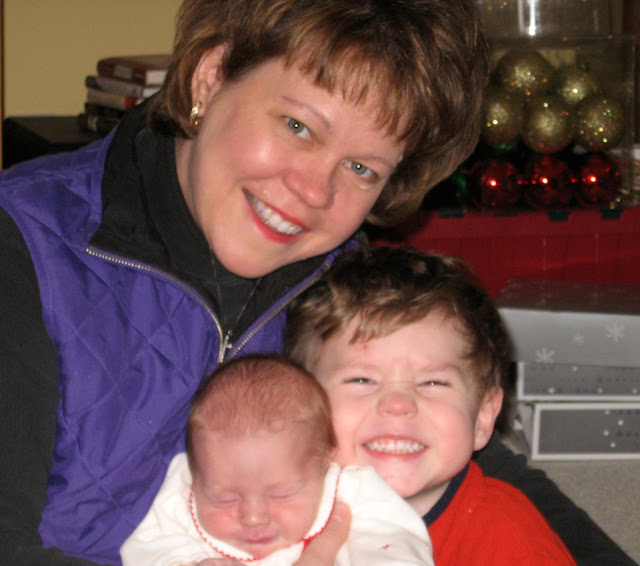 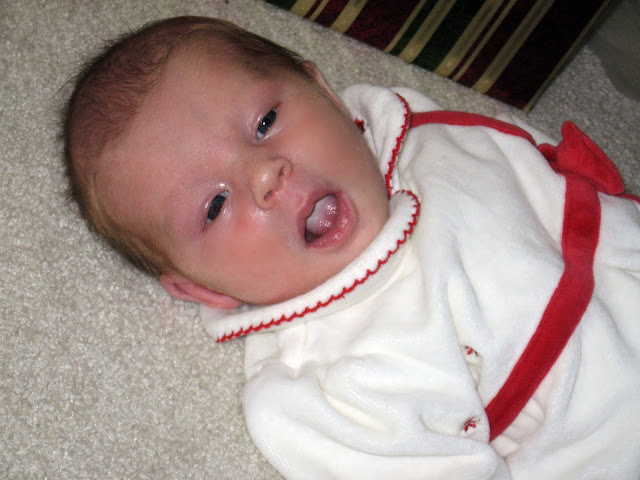 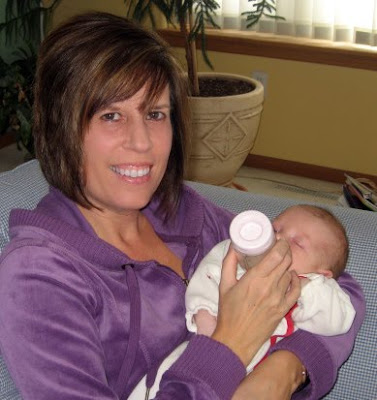 But that isn't all. They bring you more gifts.  The gift of a tiny new miracle.  A baby sister.  Longed for, hoped for, waited for.  Then one November day she arrives.  And she is plunked down into the midst of this family, where it turns out it was a "Brynne-shaped," hole waiting to be filled all along.

She is 4 weeks now and makes those cute "o's" with her mouth and still curls herself into a tiny ball when you hold her up on your shoulders.  You hold her and melt.  And you know what you are really holding is an answered prayer.

Although, her big brother wasn't so sure Brynne was the name he would have chosen for her. His favorite name for her? Colton... and when that wasn't approved? Nolan-Colton. The compromise? Brynne Nicole... with the Ni for Nolan and the cole for Colton...  this time your eyes mist over at the thought of her history forever entwined with your own as she shares in the names of your own two sons.

With the excitement of Christmas Eve looming and my mind focused so completely on later, this visit from my friend and her two kids, caught me so off guard (even though we had talked about it.)  I was filled with the spirit of Christmas when they left.

Its several days later and looking back I can say it became my other favorite Christmas gift.  I don't make Christmas wish lists anymore.  I may toss out an idea or two, but I'm finding the best "gifts" are the ones you wouldn't even know how to put on a list.
Posted by Vicky at 12:05 AM