Playing at "The Ralph"

I could alternately title this one "the other thing that occupies most of our time," otherwise known as hockey. Nolan is a first year squirt and is on two teams this year. On Sunday we traveled to Grand Forks on a blustery/snowy day to the creme de la creme of the hockey world. Ralph Englestad Arena, known to many of us as "The Ralph" is a 110 million dollar hockey facility which is home to the University of North Dakota's fighting Sioux. Some of the accoutrements of the arena include granite concourses, seats made with leather and cherry wood, and full color LCD displays found throughout the venue.  I would venture to say it is a hockey mecca, one that we've made the trip to visit many times to watch the Sioux play, as well as some of our former high school players. Its a very high level of hockey, one our kids dream of playing one day.

So when we found out our squirt team was going to play in an adjoining arena at the Ralph, on olympic ice, our kids were beyond excited. I think it was worth going just to see the boys step on the ice for the first time, proudly wearing their Moorhead "M."

We're discovering hockey at the squirt level is full of newness. Playing on a team, keeping score, skating the full length of the ice, learning the game, trips to the penalty box, all of these things are new to us as parents and new to our kids as players. We didn't quite have it together on Sunday as a team. The game was not much of a contest and the other team won pretty decisively. But I don't think any of us will remember this experience because of the score of the game. I would say for many of our kids, the hockey dream just took flight, having played their first game at The Ralph.

And what do you follow up with after your first out of town hockey game? Why another game in town! We had exactly 90 minutes to get ourselves back to town for Colton's mite game, and then we capped off the evening with... another squirt game!

This week, while Rick is traveling, I will spend every night, and all weekend, at the rink with the boys. And you all were worried about what I would do without my girls to keep me busy... and now you know the rest of the story. 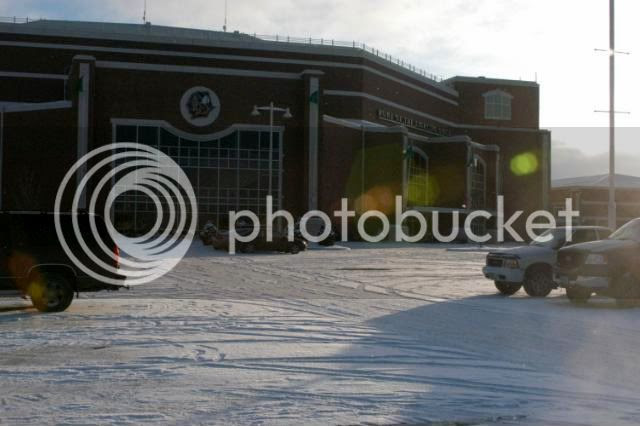 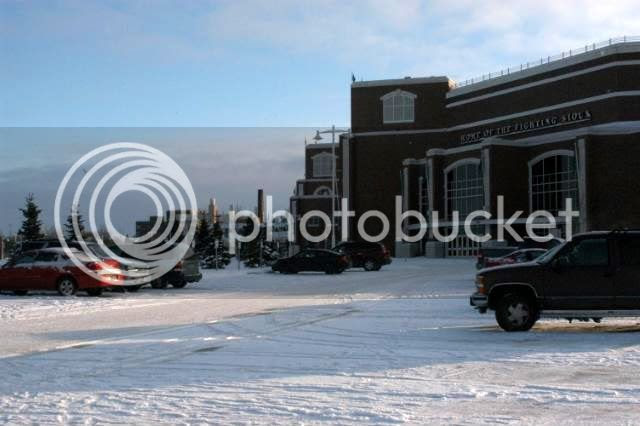 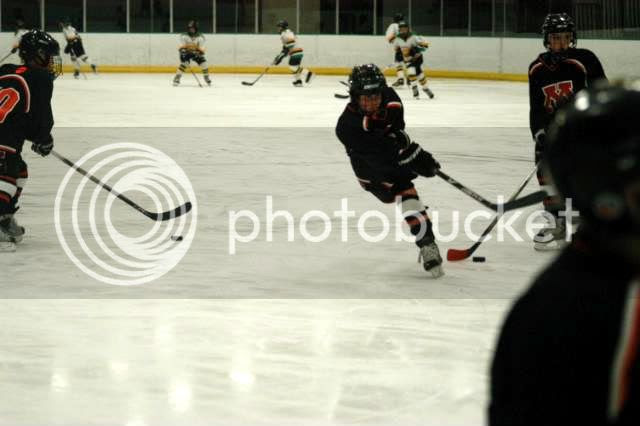 What you do when the hockey game gets a bit uninteresting... pull out a book... 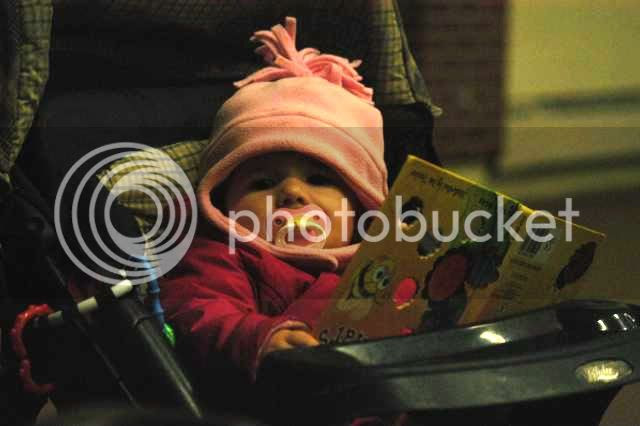 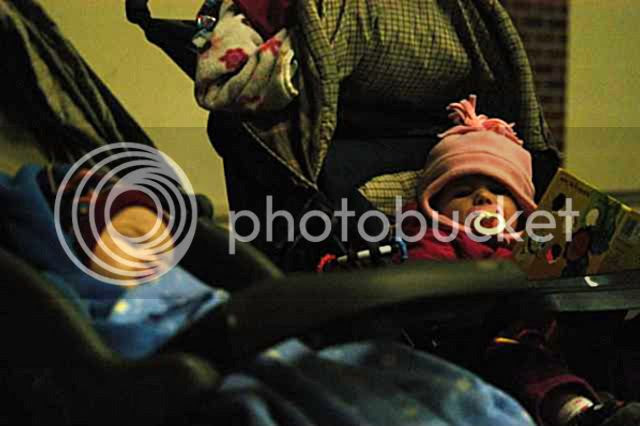 The sun was setting through the swirls of snow. I enjoyed watching the silhouettes it made along the side of the road. 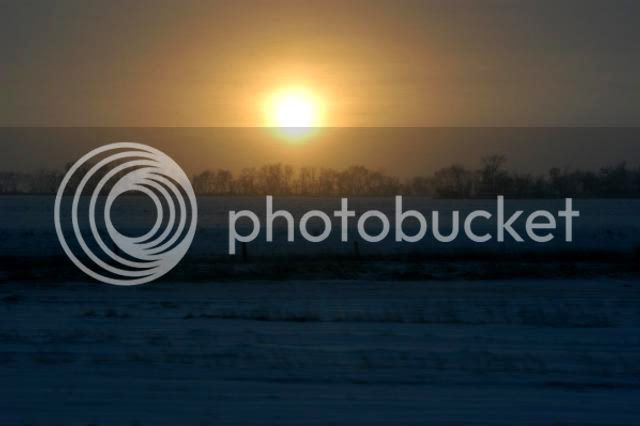 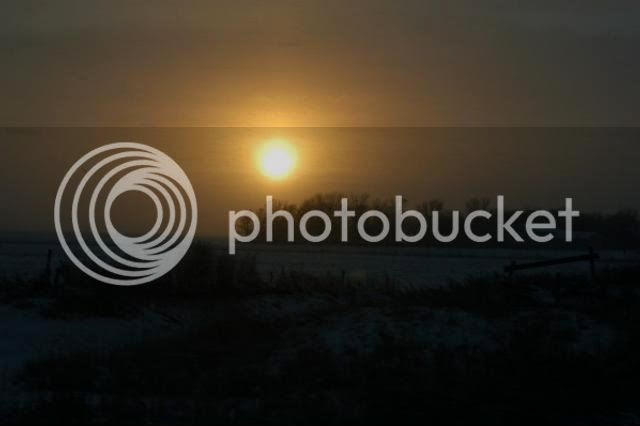 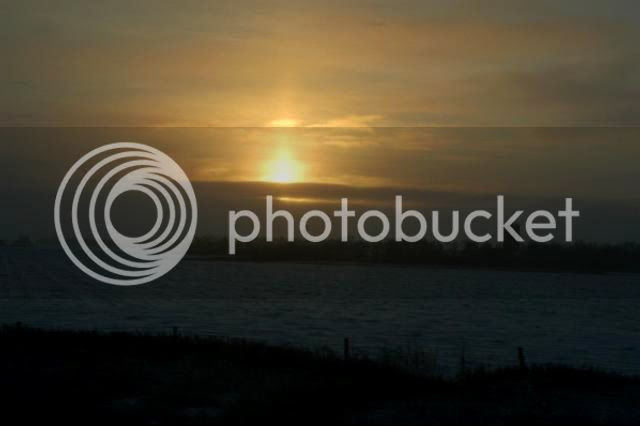 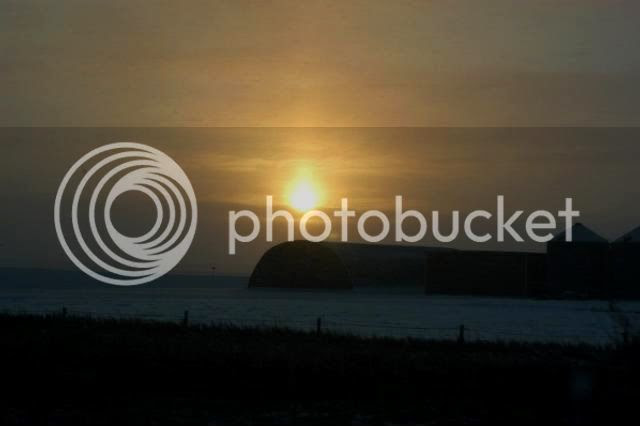 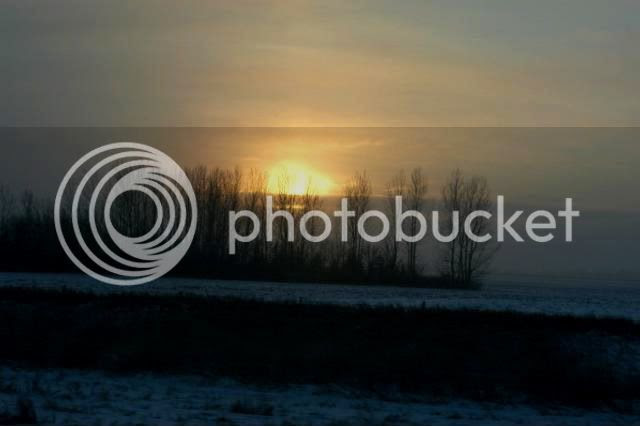 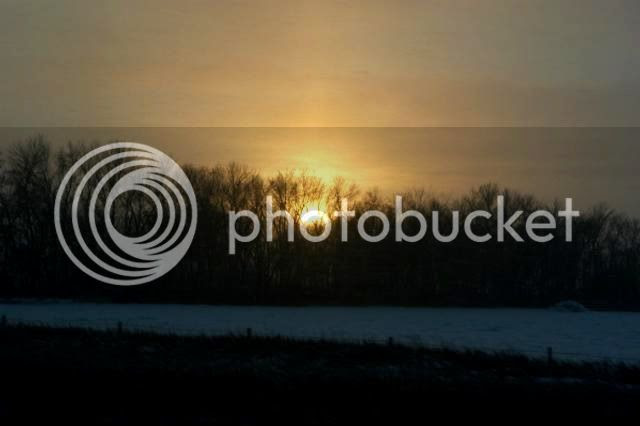 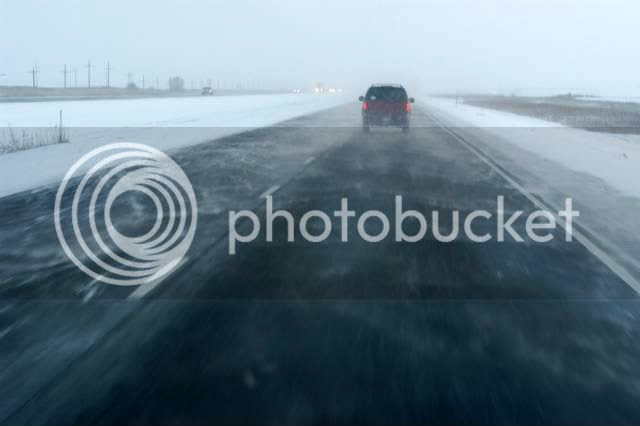