I was taken aback when the words "ghost town" entered our conversation.  Really?  Here in Montana?  I knew instantly we should go.  We would take a new route to Bozeman, traveling the backroads.  As the distance between towns increased and the area grew more and more remote it eerily felt like we were traveling back in time.  Suddenly as we rounded a corner, the first evidence of a "town" popped into view. 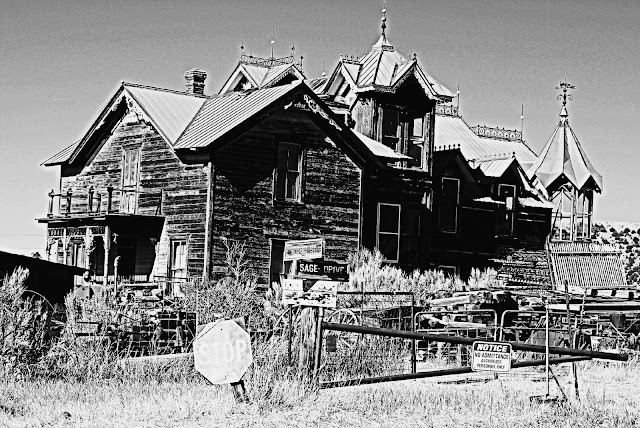 It was grand and imposing. I was channeling my inner Morticia... as I carefully walked through the overgrown sage and tumbleweeds.  How can you not flash back to the Adams Family when you see this house? 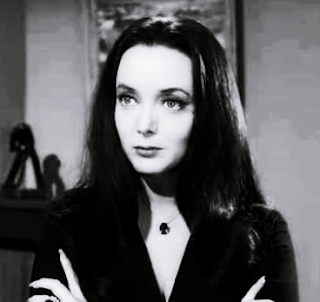 Thankfully it was sunny and bright.  The visible modern day signs let me know it wasn't completely abandoned and neglected.  Oh for just one peek inside... 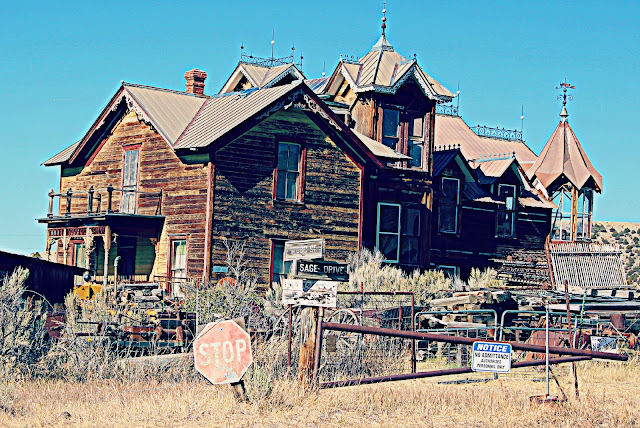 But this was as close as I dared go... 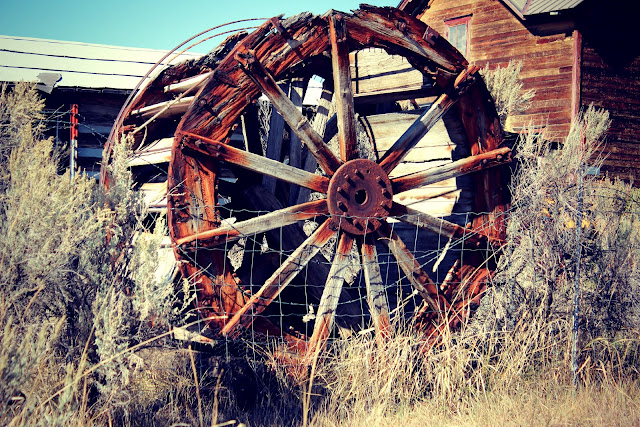 Just a few hundred yards up the road, the town of Nevada City came into full view.  A few other cars had pulled in by this time and we were not the only ones walking about. 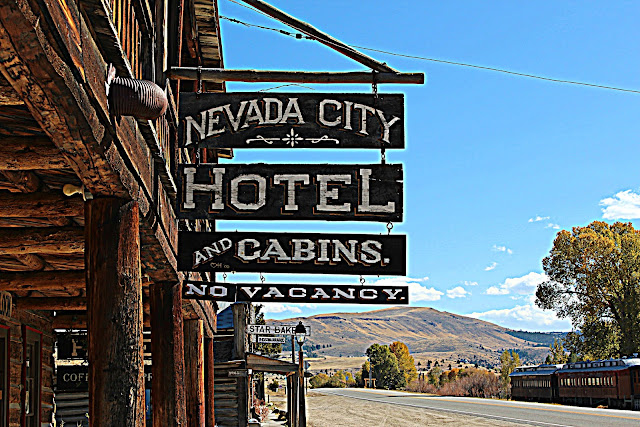 While it was clear that everything was "authentic," signs of tourism abounded.  It was a young woman guarding the entrance to the buildings that told us that Nevada City was technically closed for the season.  But a film crew of college students had rented the place for the day.  While there were several areas we could not go, she did allow us access to parts not being filmed. 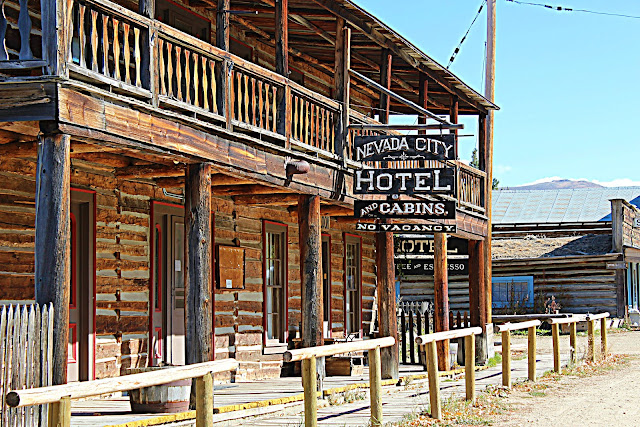 Being surrounded by such rustic buildings, filled with antiques and relics of old, felt a little like Little House on the Prairie meets Gunsmoke. 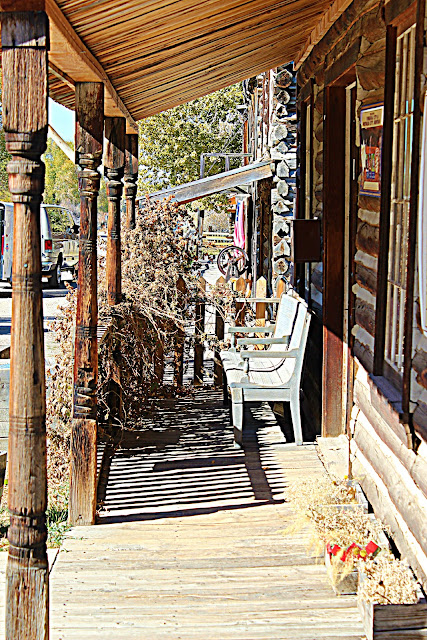 It was when the young woman pointed out the "hearse," of yesteryear that a chill went down my spine. The black stage coach even had a shelf built for a slab of ice... a cool but creepy vibe hung in the air. 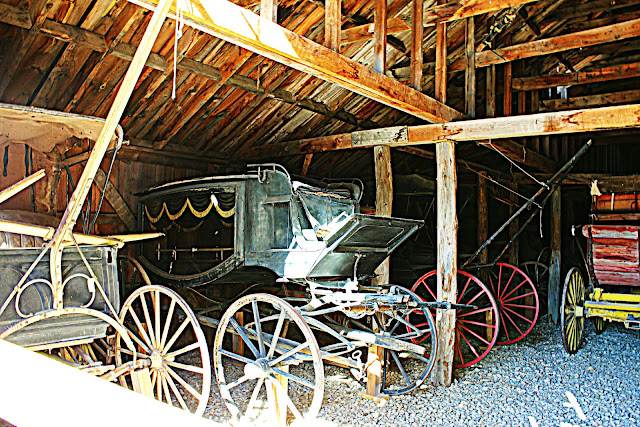 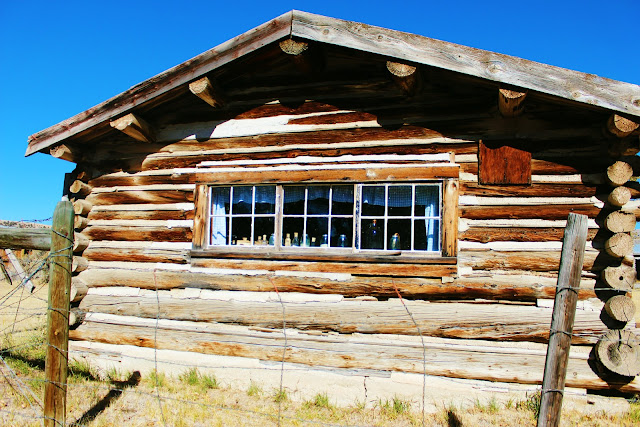 There were Saloons and mercantile stores, amongst sod-roofed houses. 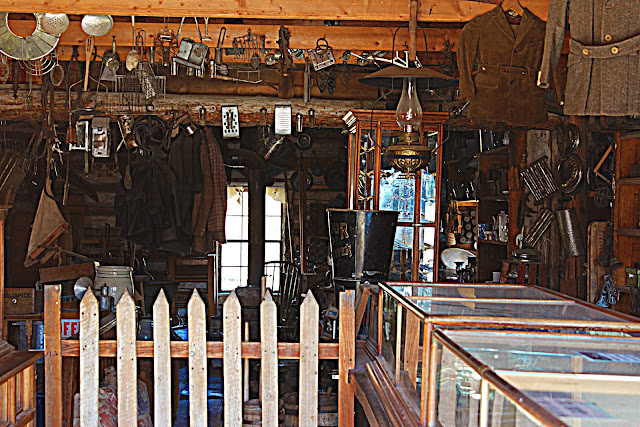 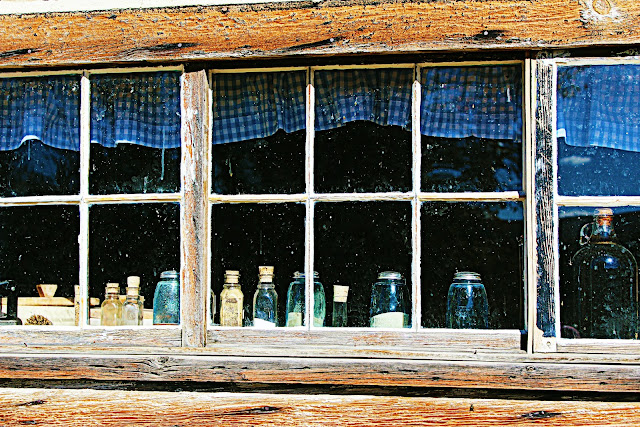 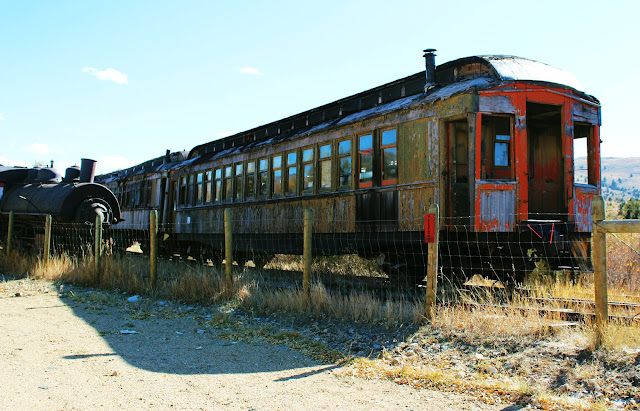 The tour guide told us we needed to come back some time when the buildings were open and we could get the full tour.  It was then that Rick asked her about paranormal activity.  I swear she lit up on the spot.  "Oh yes, if you believe in that sort of thing.  The ghost hunters swear the paranormal activity registers off the charts on their equipment."

Surprisingly we decided to leave just then.  We hastily said our goodbyes and thanked her for a glimpse of life in a mining town way back when.  "You're welcome, oh yeah, and if you are in the area we are planning a fun night for Halloween!"

I'll be thinking of you Nevada City, from the safe confines of my house- a thousand miles away- whew.