Fully returning to me...

After just two quick days we left Yellowstone Park on our way to Twin Falls, Idaho.  Its awe inspiring to realize we covered maybe 5 hours worth of driving the third day,  but the scenery was vastly different round every bend.

We stopped for one last waterfall of Yellowstone Park-  Cascade Falls. 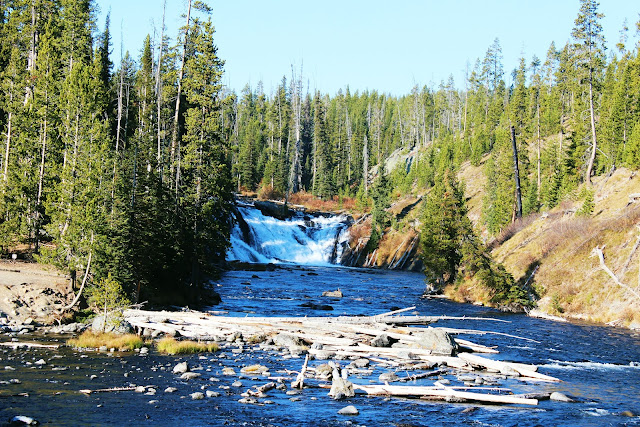 I noticed this spot across a bridge down from where we parked.  I took my time walking.  I shot a few pics and then was drawn to cross the road.  I had to climb down a steep embankment.  Suddenly I dropped below the bridge and found myself in a valley, completely alone.  This wasn't a spot with paths or clearly marked areas for visitors.  But it was breathtaking and tranquil.  And I noticed, my breathing wasn't as labored.  We had descended some in elevation and the difference it made on my lungs was noticeable.  It was both an understated but powerful moment to feel like I was fully returning to the me I knew myself to be. 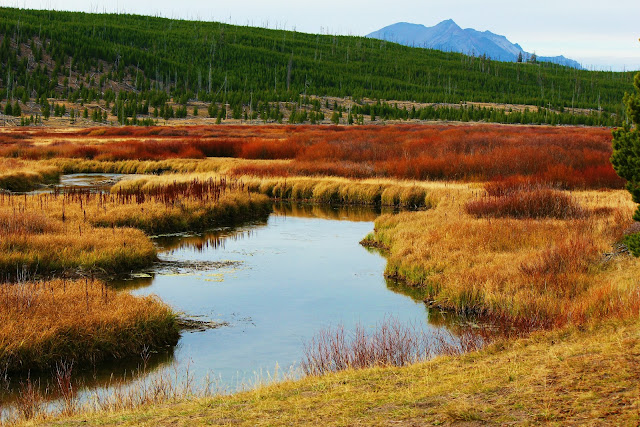 There was a bit of a haze that was following us as we crossed into Wyoming and glimpsed the granite peaks of the Grand Tetons.  I also underexposed my photos a tad, so I did bump up the saturation on these. 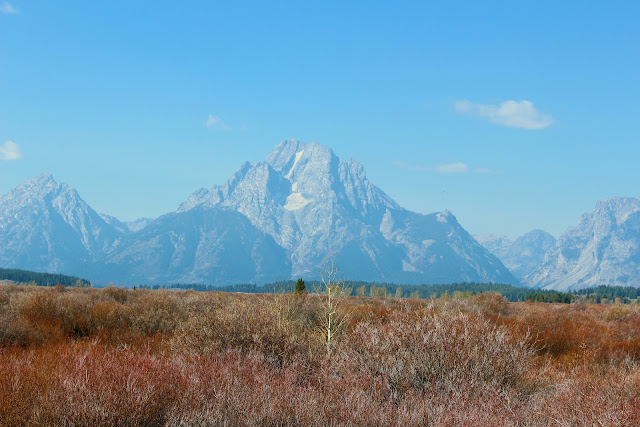 The sunshine was so bright and warm, the air crisp and water so blue and green.  Jenny Lake has always been a favorite of ours. 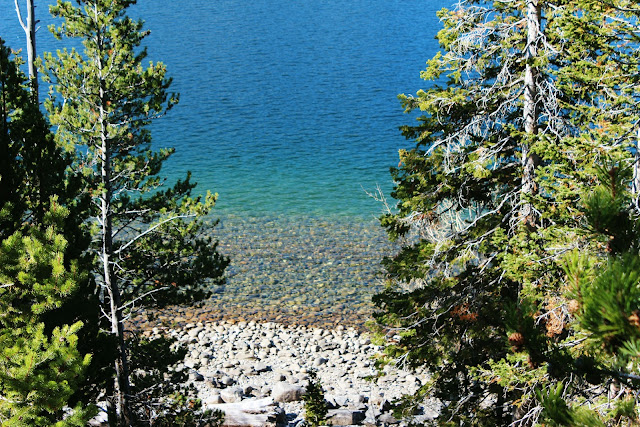 We are accustomed to seeing more snow in the mountains and were surprised that very little snow has fallen yet this year. 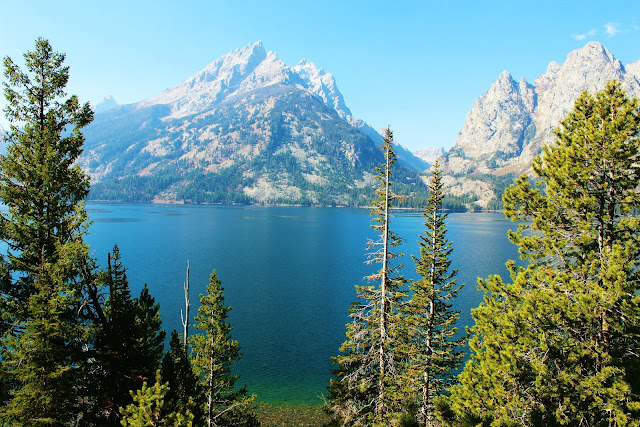 I flew down the stairs this time.  Breathing easy, and longing to be on the rocks next to the water. 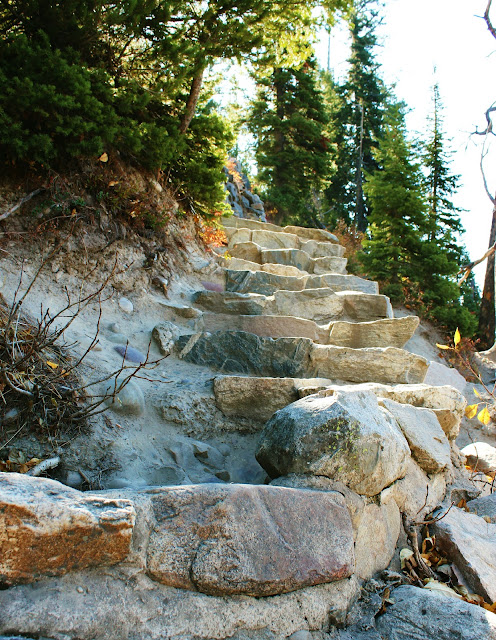 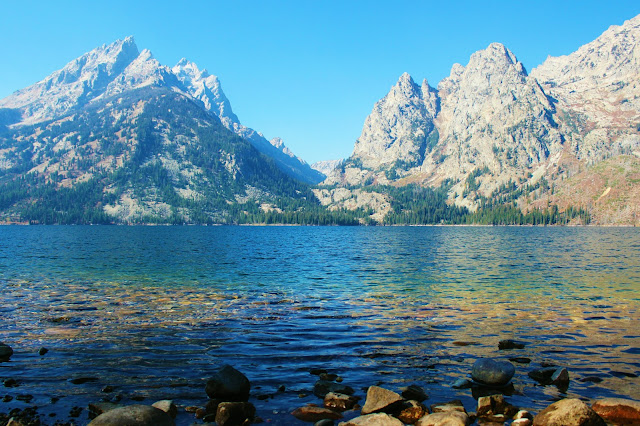 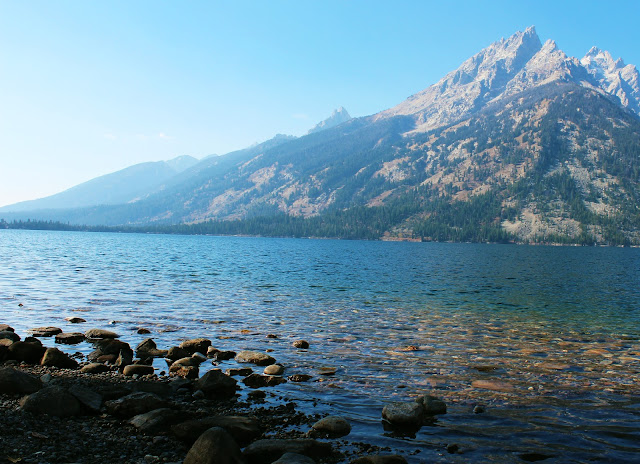 Reluctantly we left the lake and headed to Antelope Flats.  We were in search of "The most
photographed barn in America."  Moulton Barn on Mormon row.  It just doesn't disappoint. 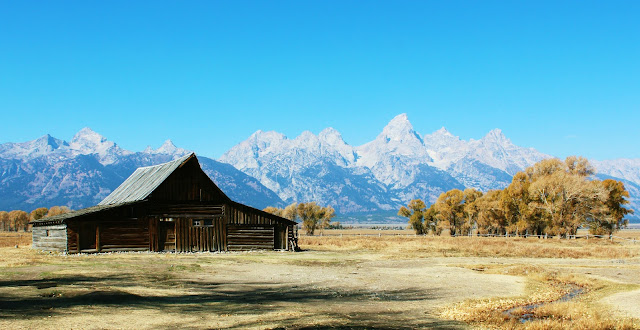 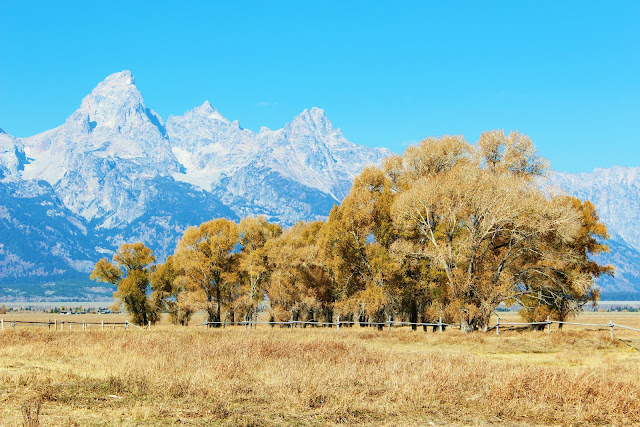 We stopped in Jackson Hole for lunch.  It was in the 70's and we were shedding our jackets and long sleeves quickly. 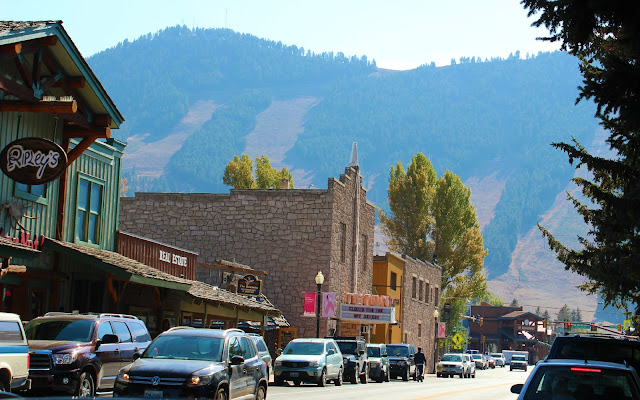 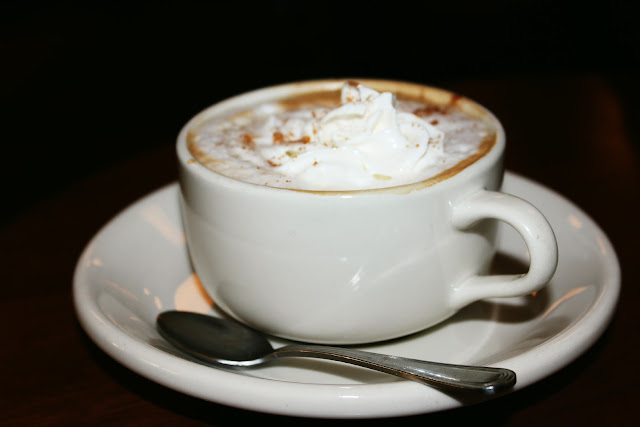 The park in the center of town has elk antlers at its entrances. 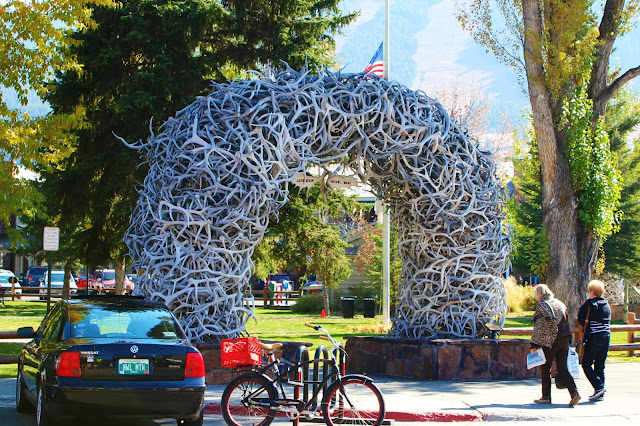 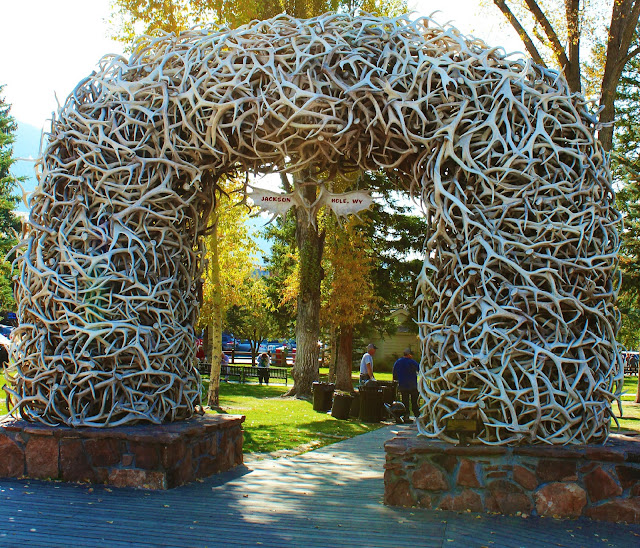 We drove through Teton pass and crossed over into Idaho.  The sunshine and golden light following us as we traveled through Swan Valley along the Snake River, and on into Twin Falls. 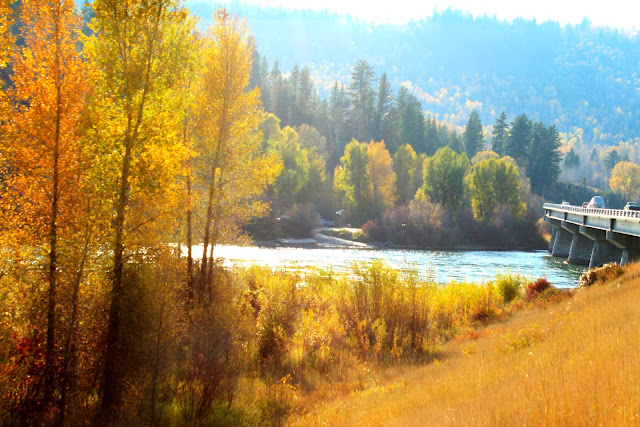