Life's like a novelWith the end ripped outThe edge of a canyonWith only one way downTake what you're given before its goneStart holding on, keep holding on... Stand by Rascal Flatts

Knowing last Monday was our last full day in Yellowstone, we had some decisions to make.  With many of the sights of the park 50 to 75 miles away and speed limits of 25 to 45 mph, you have to plan accordingly.

I got to pick and chose something close- Mammoth.  On our way to Mammoth, were the upper and lower falls. We arrived at the upper falls only to discover a fair amount of stairs to climb to get to an unobstructed view.  We decided to skip the steps and keep driving to the lower falls.   We were not disappointed.

I could hear the water falling over the rocks as we walked up the trail.  It was still a bit of a climb.  But I was surrounded by people with canes, the elderly, and people who were in no better shape than I.

Plus, there is an undeniable energy that fills the air with excitement.  You truly never know what is right around the corner from you.  Its both exhilarating, and awe-inducing.

And- it was totally worth it! 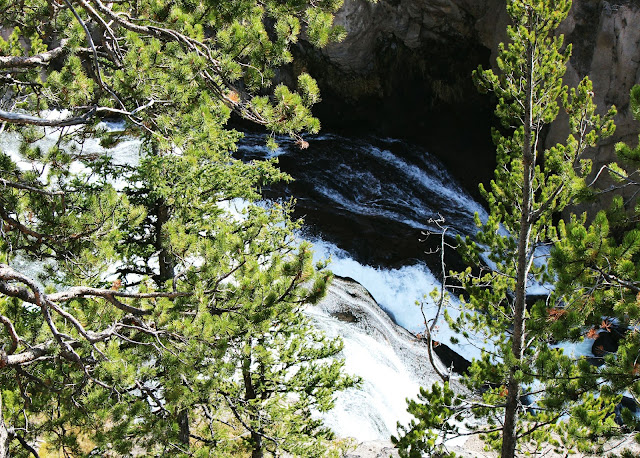 You can clearly see the "yellow stone."  This canyons is also called the Grand Canyon of Yellowstone. 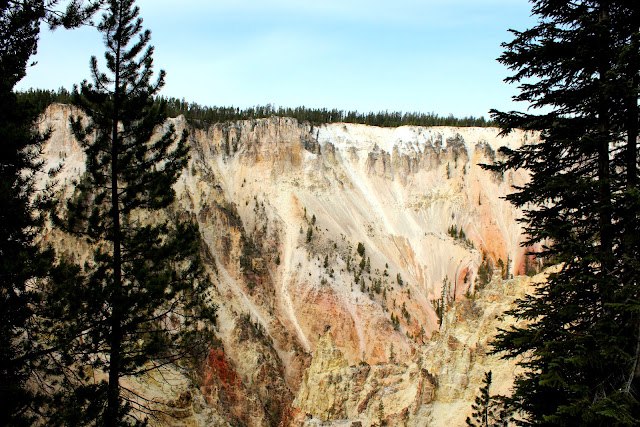 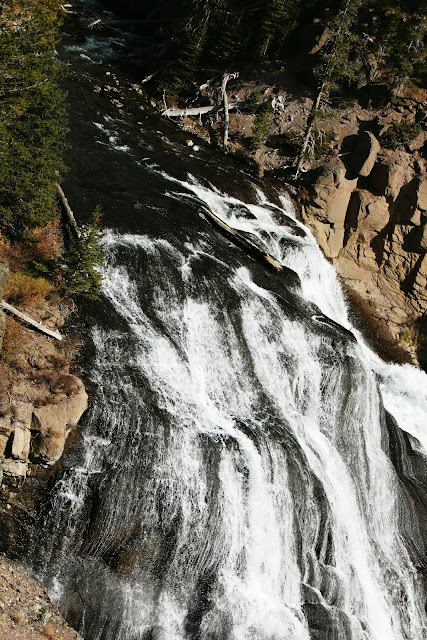 Rick couldn't believe I leaned over to grab this next shot.  I wasn't standing anywhere unsafe and always stuck to the trails as suggested, but it wasn't hard to get some pretty amazing vantage points with a little leaning and bending.  The white part is ice! 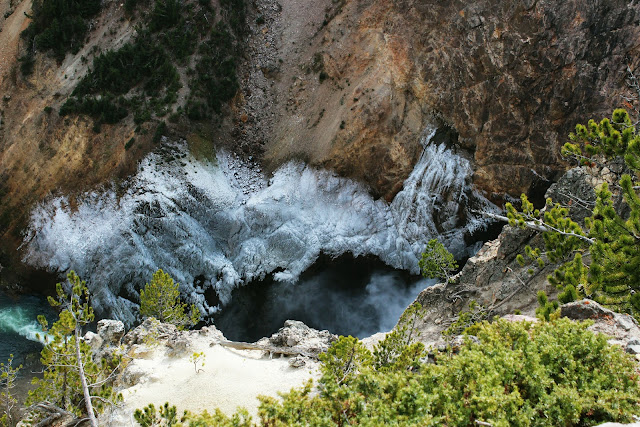 This is what you will see at the end of the trail.  There is almost a hushed silence that falls over people as they first lay eyes on the tumbling water.  The colors were so vibrant.  As dry as the air was, the lodge pole pines were richly green. 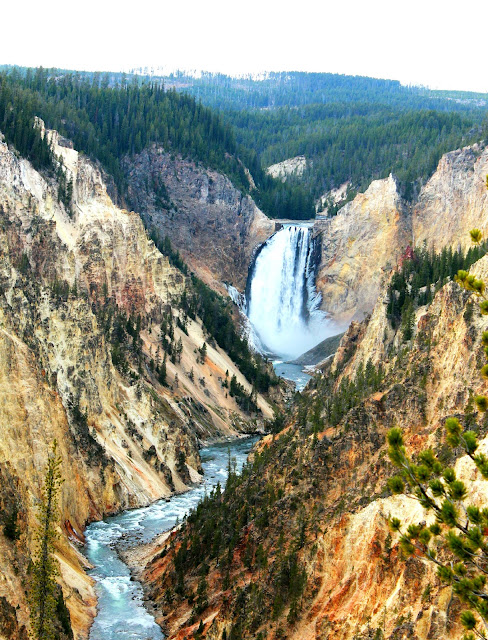 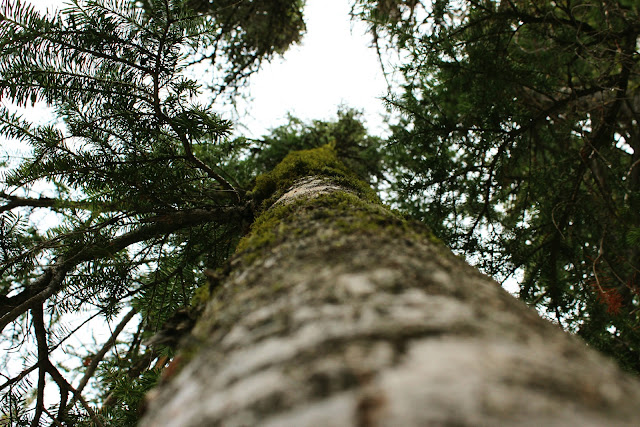 You wouldn't think after such a spectacular start to our adventure, that we could possibly top that, would you?

But you just know we did, right?

In my mind anyway... the coolest thing yet, was just a short drive away.