Ask any hockey fan.  Who is your favorite player and why? You'd hear all kinds of names for all kinds of reasons.  The Minnesota Wild Road Tour came to town yesterday and I would guess some of the names you might hear mentioned could be Justin Falk, Chad Rau, our own Matt Cullen, or Wes Walz. Along with FSN tv announcer Anthony Lapanta, they were all part of the Minnesota Wild Road Tour this year.

I arrived at the parking lot to drop Colton off at 10:15, 45 minutes before the start of the event- and this is the line that had formed already.  The humidity was high, but so was the enthusiasm for the players.  In addition to meeting the players there was a climbing wall and several drawings for an autographed stick and puck. 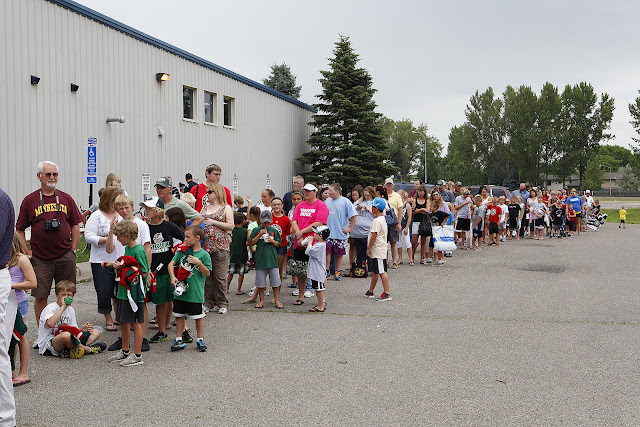 Matt came right from his morning work out and donned a black Moorhead hat with the orange M on it. 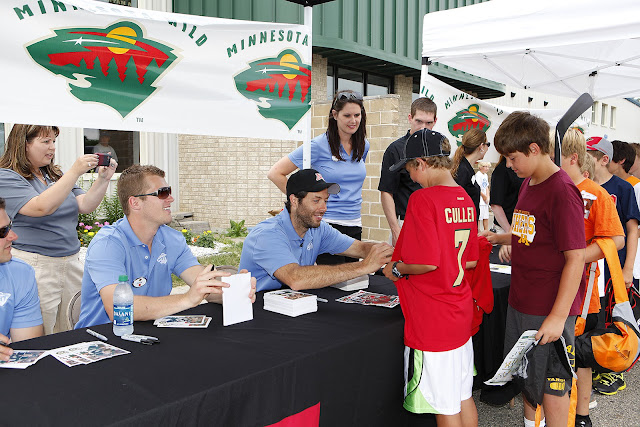 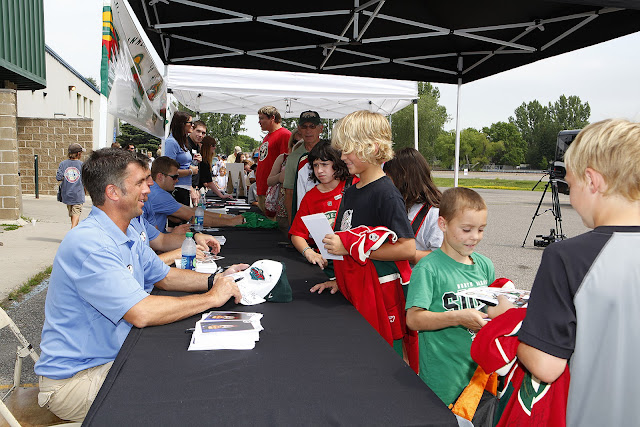 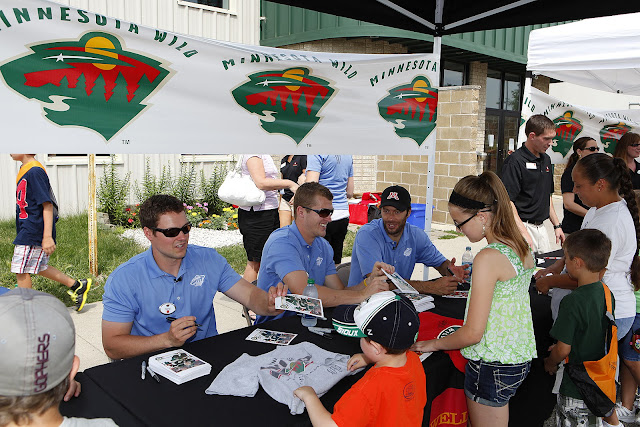 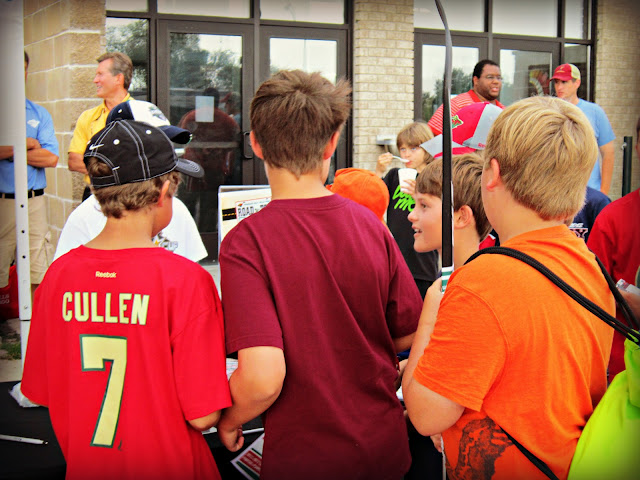 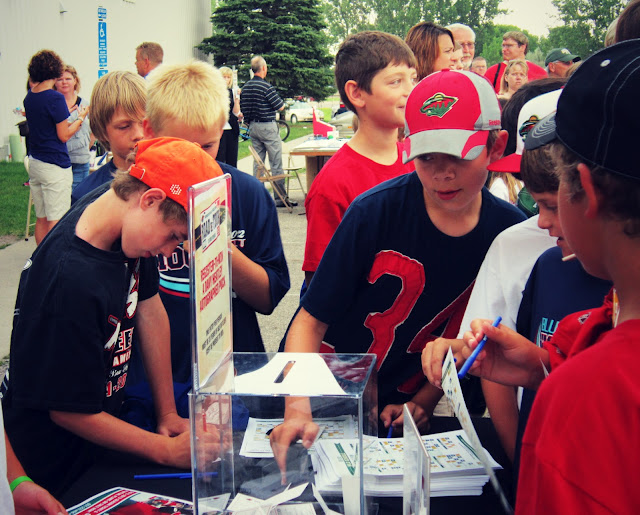 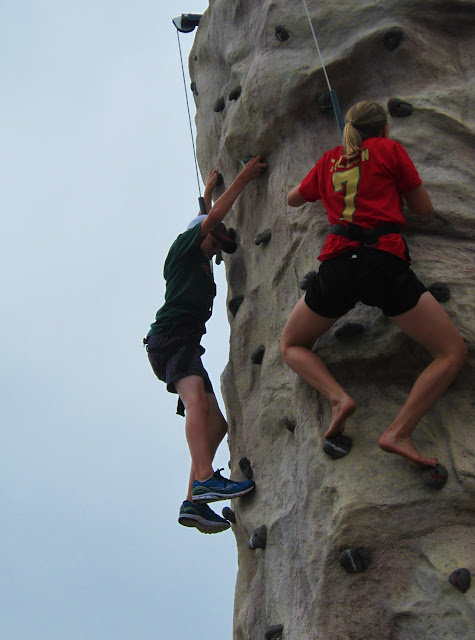 The media interviewed the players before they sat down for autographs. 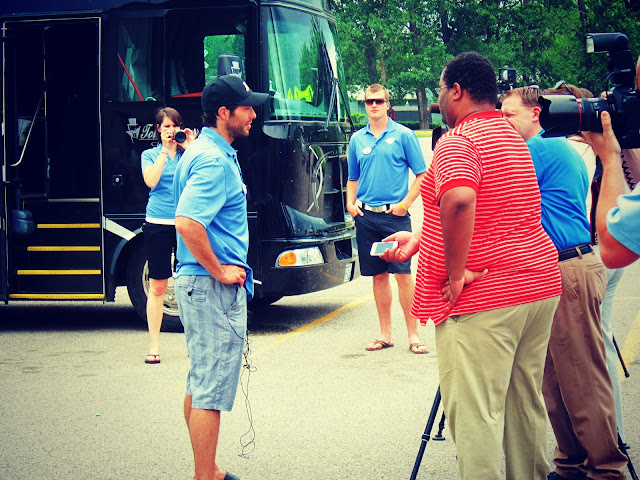 Then, Moorhead Youth Hockey Association President, Steve Iverson, presented Matt with a photo commemorating his 1,000th game.  Rick took the photo of Matt and created the print for him.  Steve didn't have a microphone so it was hard to hear his speech- but the words "hometown hero," were used. 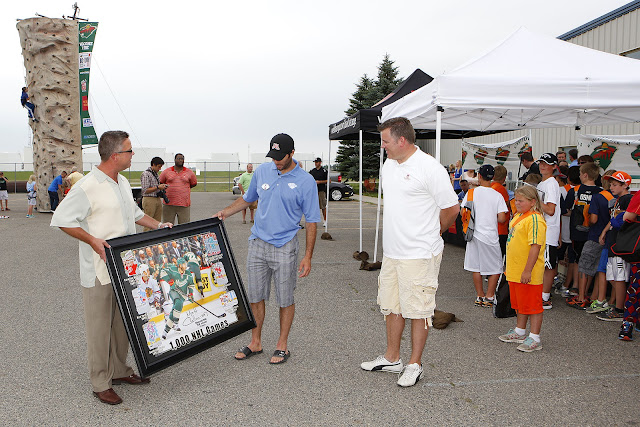 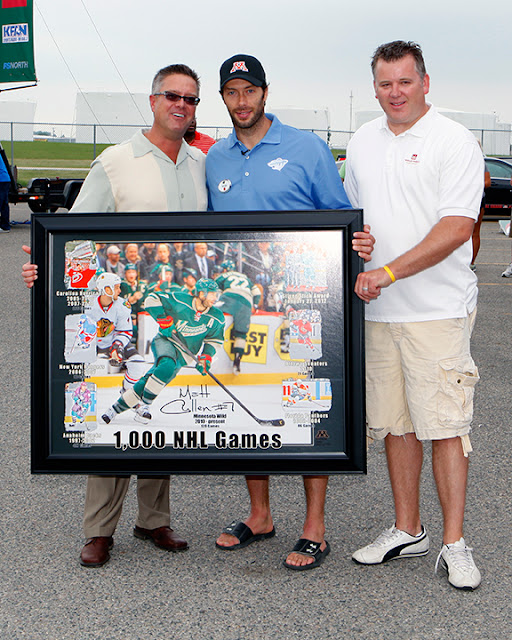 You would think NHL hockey players receive prints, photos, gifts, like this all the time.  That somehow they have stacks of memorabilia everywhere.  Perhaps they do.

But in an extremely genuine gesture, Matt called Rick yesterday while driving his boys to soccer.  After signing hundreds of photos, jersey's hats, etc., posing for pictures, answering questions for hours, he thought to call Rick and thank him.

Matt is an exceptional hockey player.  The kids all admire his NHL career.  Those two things alone make him a stand out.  But to me, his truly distinguishing quality, is Matt's character and the genuine and humble way he conducts himself.

I see the plastic surgeon today.  I will let you know what she has to say soon!  Thank you for all the emails, prayers, and well wishes!

I returned home from meeting with Dr. Antoniuk awhile ago.  She poked and prodded and then re-cauterized the wound and dressed it again- and ouch.  Between the exam and almost back to back cauterizations, I was a bloody mess and am pretty sore. But...

She has a plan! I will go into detail when I can get some of the discomfort under control!  Be back soon!