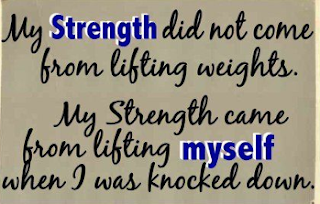 I used this quote from the Fight Like a Girl Club.   But I'm totally gonna talk hockey.

Every time our boys move up within the levels of hockey something gets added.  Speed increases, the game forces quicker decisions, and the ability to gel with new team mates is tested time and again.

This year, the 2012 Pepsi Cup hockey tournament took place over Father's Day weekend.  One of the newest challenges our kids faced was that of checking which made for some nervous, anxious moments.  Each time a crash was heard along the boards, each time our players either took a body check, or delivered a body check, if they lingered just a moment too long, flattened on the ice, our hearts dropped.

Checking changes the game of hockey.  How were our kids going to respond to this challenge?

The nerves were in abundance.  Not only were our kids anxious about what they would face in their competition, so were the parents.  Would the other team be bigger size?  If they were from Canada were they more used to checking than we were?  Had the other team developed chemistry from playing together so long?  The unknowns you face are all part of what make AAA hockey a fun summer experience.

Nolan and Carter ready to go... our new jerseys turned out awesome. 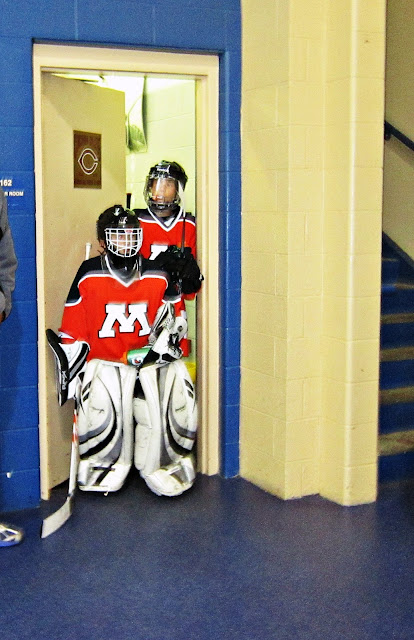 After a closely contested first game, we lost with only a couple of goals separating us.  Our boys came out and played physically aggressive and gritty.  It was a joy to see them relish playing physically in ways they have not previously been allowed to.

We capped off our night with a barbecue at the Fullmer's house.  They graciously invited our families out to their house where we enjoyed being in a beautiful backyard setting down in the trees.  We ate great food, watched our boys explore through the trees and enjoyed each other's company. 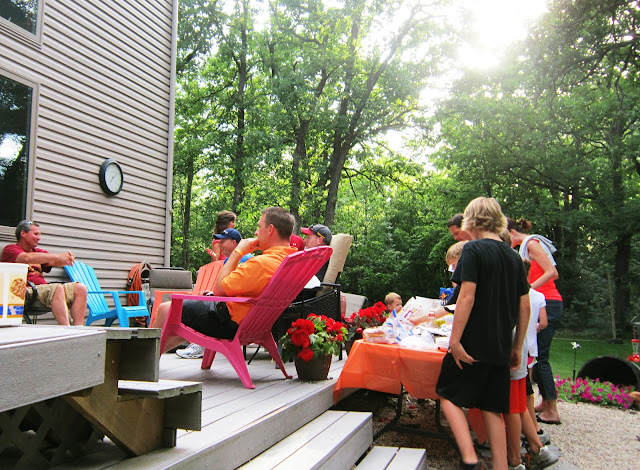 The newest addition to the team was a new coach.  I know my own two boys have looked up to Jordy Christian since they were 2 and 4.  Nolan invited Jordy to his 5th birthday party, and my boy's adoration of him hasn't wavered for the last 7 years.

So when we needed a coach, and Jordy mentioned some time ago that he'd love to someday coach the boys- well the timing could not have been more perfect.  Colton even got to be part of the team as a back up goalie.  We knew Carter was solid in net and Colton was just happy to sit on the bench and help with warm ups. 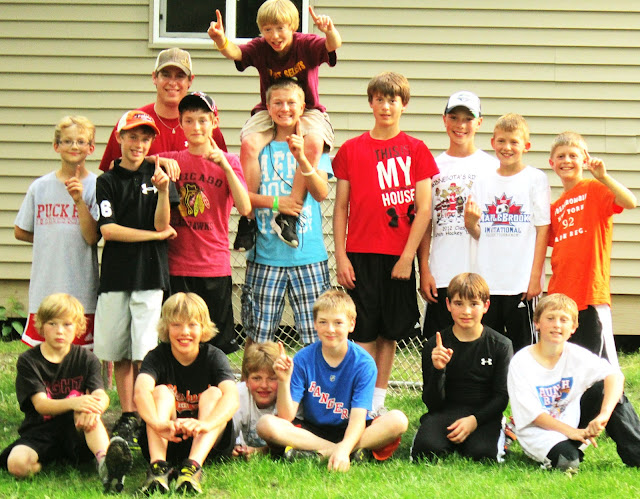 Saturday paired us with a team from Northern Minnesota that we beat.  And our game late Saturday afternoon?  Well with our team up 11-0, Colton was given the honor of playing the third period of hockey in net after all.    He made two saves and we later heard he was awarded an assist on one of the goals.  He was just so happy he didn't ruin the shut-out for Carter.

Sunday morning we faced an undefeated team from Manitoba.  This team had beaten many of the opposing teams by a wide margin.  How would we stack up?

We scored... they scored.

Goal for goal we matched them, and remained tied at the end of the third period.

After 5 minutes of 4x4 hockey, we were still deadlocked.

The game would be decided in a shootout!

I don't think there was a single Dad feeling "cheated" on the entertainment factor of watching their sons play in a shootout on Father's Day.

They lined up.  One by one they went.

(only some of these photos are from the shootout- with 1400 pics taken, I was happy Rick edited these for me to use.) 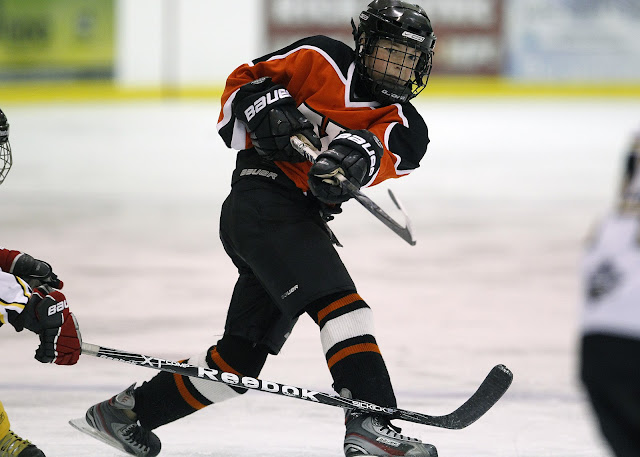 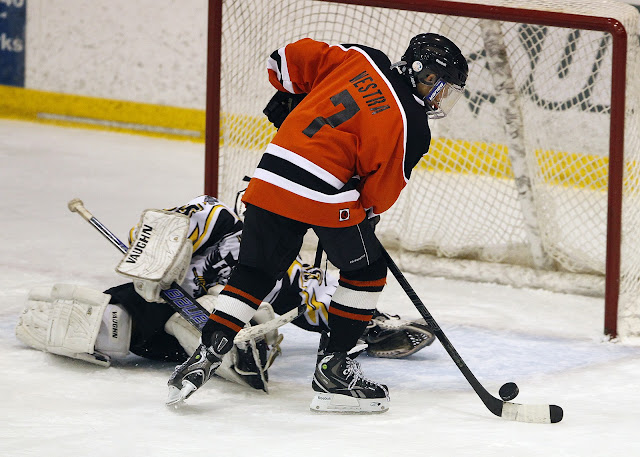 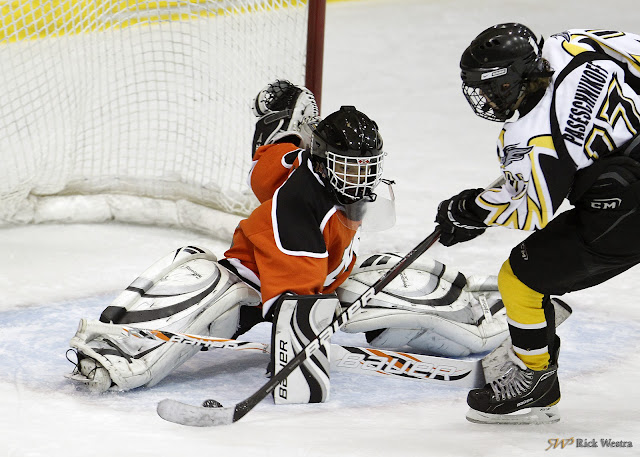 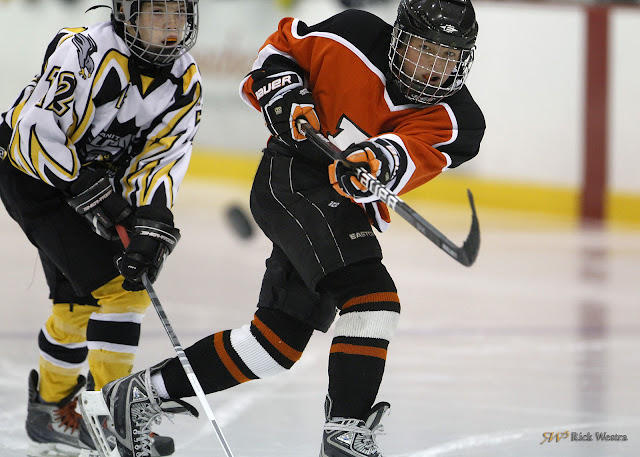 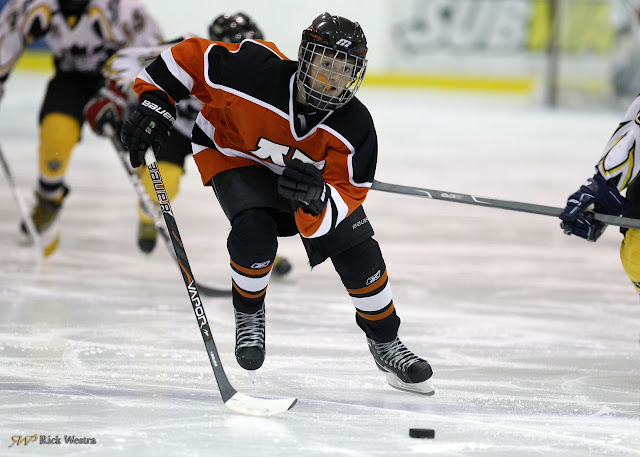 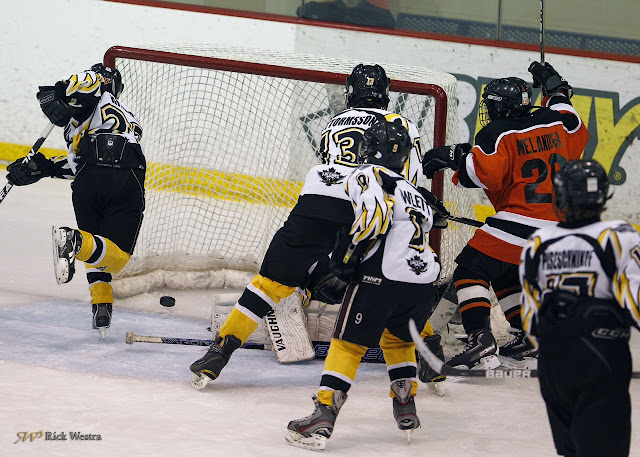 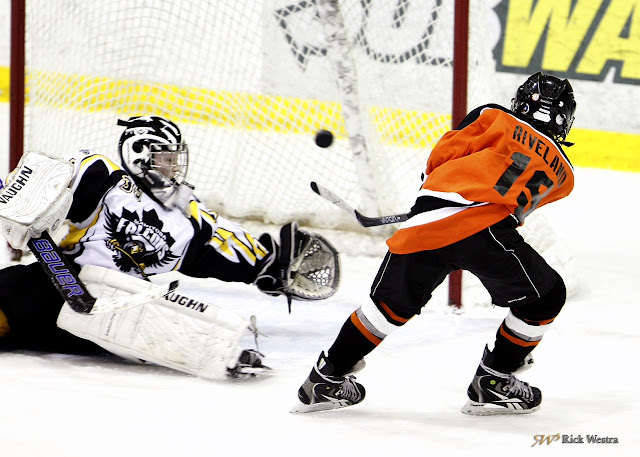 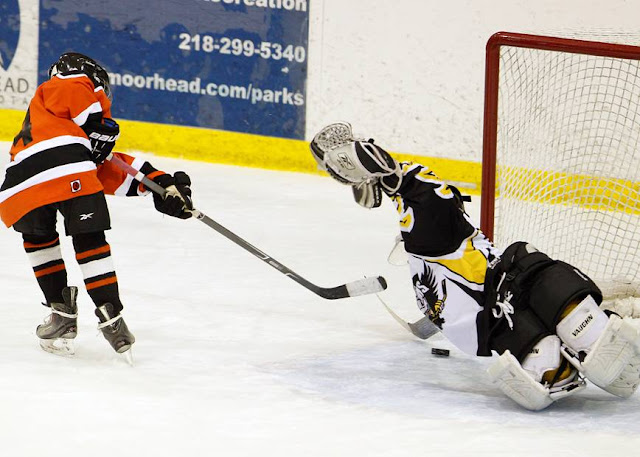 We scored, they missed.  We missed, they scored.

Until finally- we scored to go ahead by one,  and our goalie stopped them!  We won!

We were going to play in the championship game!

Sunday afternoon, the Moorhead Junior Spuds took on the Reebok Nationals in a re-match of their Friday night game.  We'd lost to them already.

But our boys battled back.  Their will and desire to win could not broken by the other team.

was the Moorhead Junior Spuds!

Nolan's face says it all... 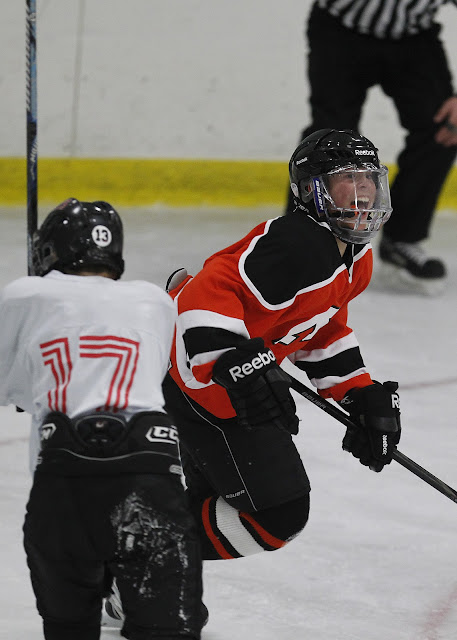 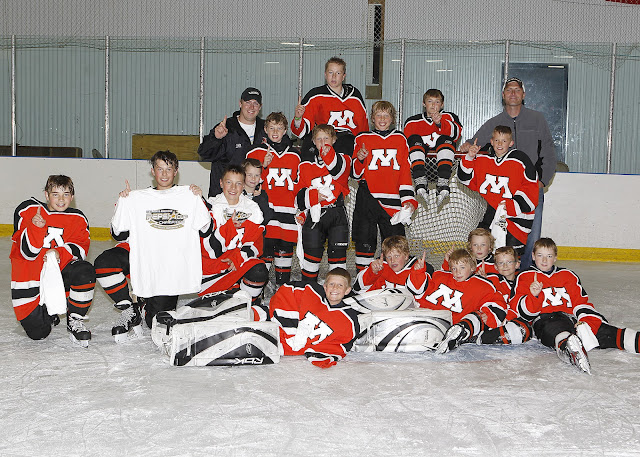 While no trophy was offered this year, I grabbed the one for last year and Jordy and his mom Lisa, and dad Ed, graciously hosted our team at their house afterwards for a celebration. 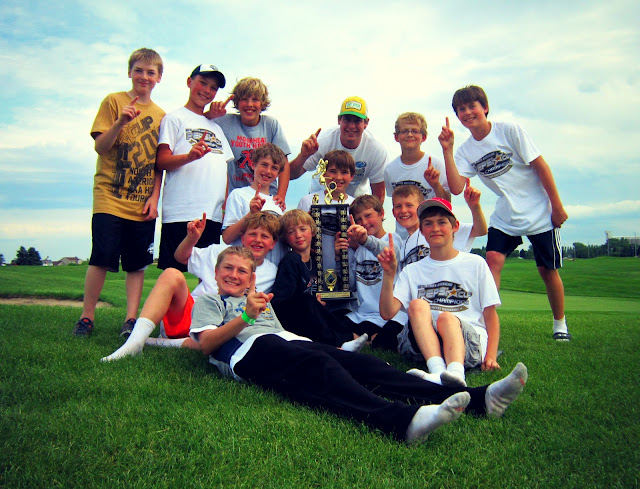 Forgive me for what I may have gotten wrong, and know that I probably left things out accidentally. I really hope to capture the "feel" of it for our boys and to document it for them.

I was proud to see them pick themselves up time and again and keep at it till the very end.

I have no doubt, these are the memories they won't ever forget.