If you followed the Winter olympics in Vancouver this past year this pair might be familiar to you. They are the Lamoureux twins, Jocelyne and Monique. They are the first identical twins to play women's hockey in the Olympics. They both attend the University of North Dakota and grew up in Grand Forks, ND.

For the last week Nolan has been attending a hockey ISO clinic put on by Frank Burggraf. He has a long list of hockey standouts that he has trained. But he emphasizes that hockey is just a game and that his goal is really to turn out "good people" first, hockey players second. He commands respect, and makes the kids work hard, but also encourages them on and off the ice.

The twins, have attended the Burggraf clinic for the past 5 years. How lucky were our boys to not only meet the twins, but also meet the twin silver medals they earned in the Olympics. 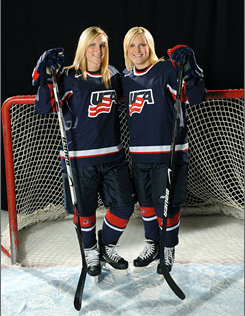 Jocelyne on the left and Monique on the right. 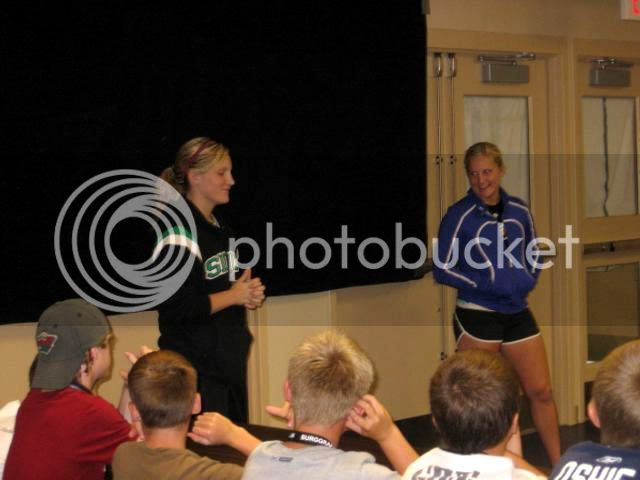 The girls said when they were 8 years old they wanted to go to the Olympics and win a medal... and then they worked hard to earn it.  Hard work, a dream and a belief that they could is what has gotten them where they are today they told the boys.  That and having 4 older brothers who also played hockey and were competitive. 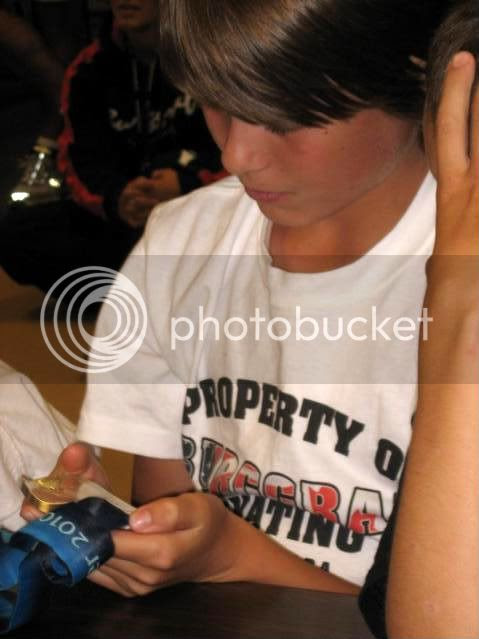 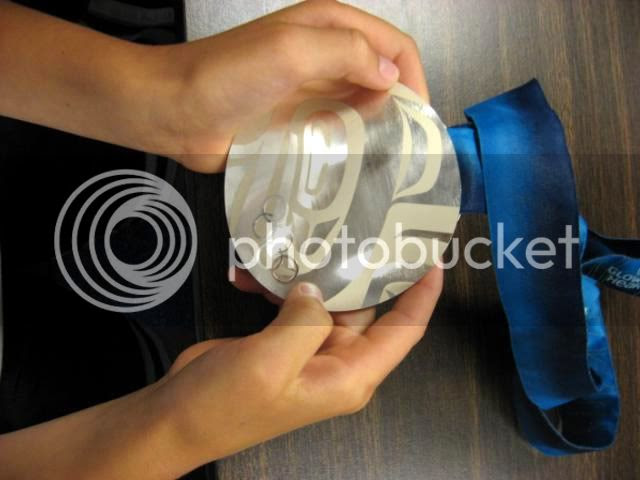 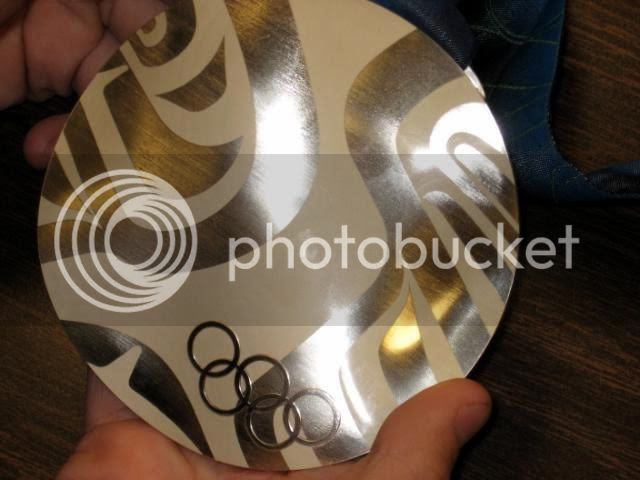 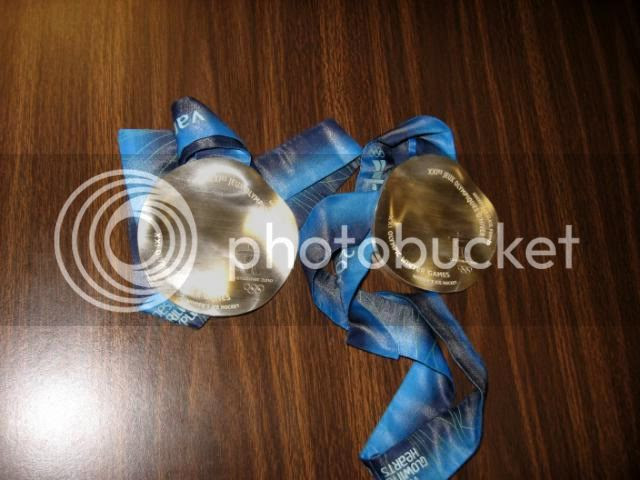 They're heavy.  As solid as they look and I was a little surprised the Lamoureux twins simply handed them off for the crowd of boys and girls to hold.   Although, I guess one never knows, they may simply have handed it to an Olympian in the making.

I am playing catch up again this week. We were so fortunate that Rick's brother Matt, his wife Julie and their two kids came for a visit these past few days. I have plenty of fun things to share.
Posted by Vicky at 3:15 PM