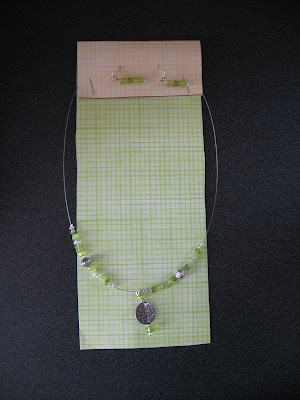 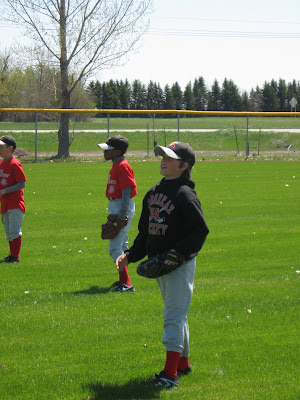 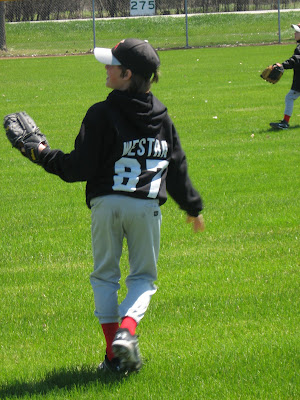 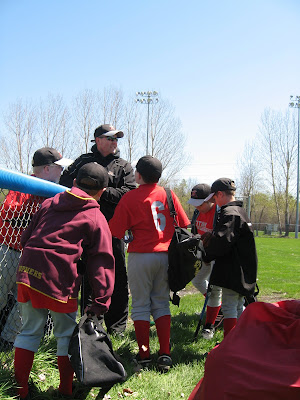 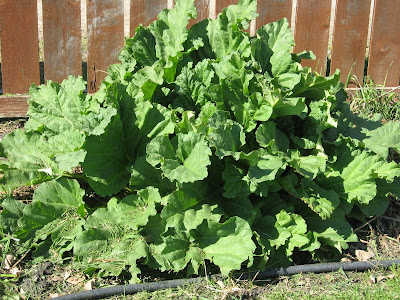 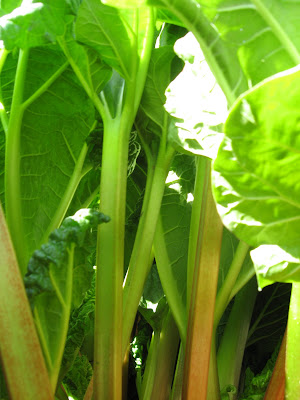 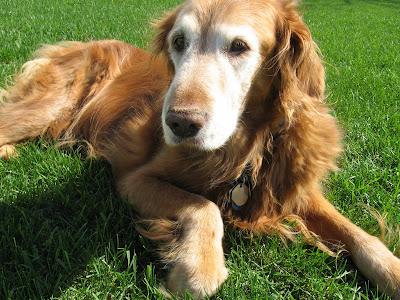 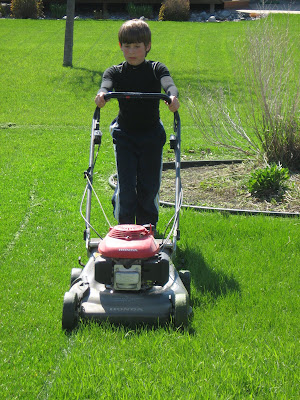 I started off my pre-weekend with a surprise in the mail... a pretty, springy, green necklace and earrings from the giveaway I won over at Just Jules. I love the fact that Jules, makes such pretty Jule-ry and gives it away at unsuspecting times. I had barely put it on and walked out the door and had someone comment on it. Got to love a statement piece!

I did not, however, get to wear it the next day. Instead I wore layers and layers of clothing, including a hoodie for my head and a blanket over my legs and mittens on my hands. Nolan had his baseball jamboree. They took their team photos and then played 3 different hour-long games against, 3 different teams. Honestly, you would have thought we were at a hockey game, for the way we were bundled. The sky was blue and it was sunny, but NOT WARM, due to the strong wind blowing the chilly air.

But the team had fun. You can tell there is a passion to play baseball amongst these kids. And the hero of the day for our team? I think it would have to be Sami, who smacked the ball out of the infield and got a triple out of it and then Nolan hit her home. Yeah, thats right, Sami is a girl, but if you asked Nolan, he'd say she's just one of the guys! So the Titan Machinery Volcanoes went 2-0 and tied 1. I love watching a good baseball game!

By the time we got home in the afternoon, it was warmer. Nolan got his first mowing of the season under his belt. Nolan loves to mow. He has been obsessed with mowers since he could walk. His favorite were the plastic 5 dollar red ones we'd find at Kmart. He'd mow the whole front yard with his little pretend version of a mower when he was three. As he grew, he started taking the real mower out. We wouldn't let him mow, but he'd push it every chance he got. At nine, he has finally earned his stripes and does a decent job.

So after playing in 3 baseball games, and mowing the front and back yard, guess what the boys did next? Went golfing. The boys love golfing! But that is where it all crashed and burned. Or I should say, Nolan crashed and burned. He was a walking zombie and came home early and put himself to bed.

My project was tackling a rhubarb cake. Look at all of my rhubarb above in the pictures. The recipe I used called for a dash of ginger to be added to the rhubarb and I can't say I liked it. Plus it had a lot of steps to it, so I'll go back to some of my standard recipes next time. But it felt good to bake with something out of the garden. Have I mentioned how much I love this time of year? How about you... what do you love this time of the year?
Posted by Vicky at 12:05 AM