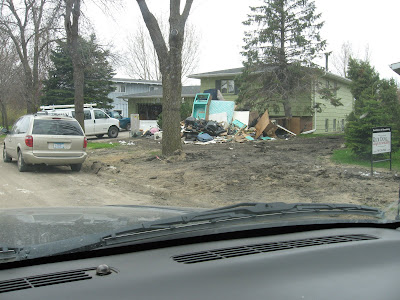 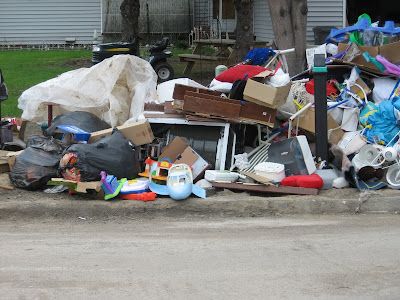 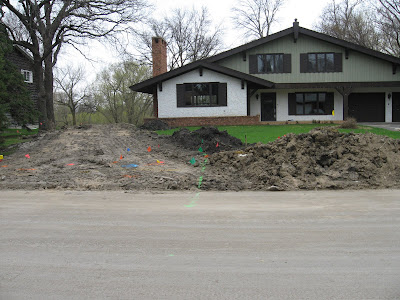 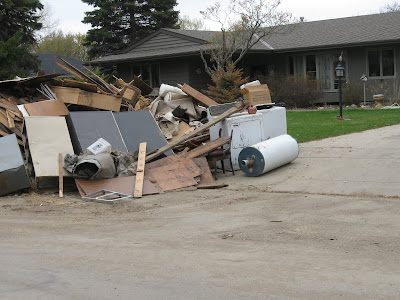 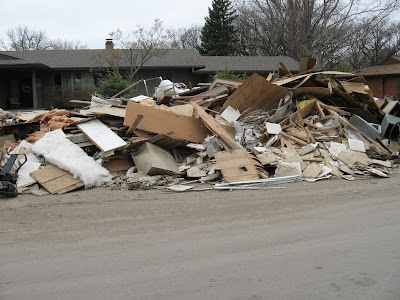 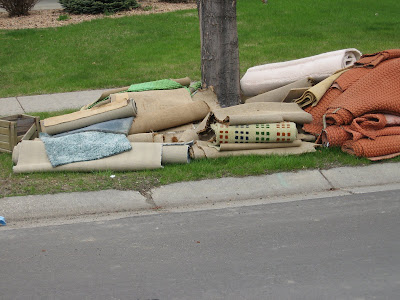 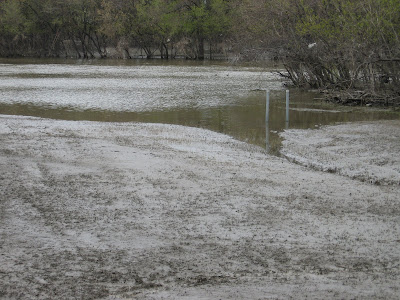 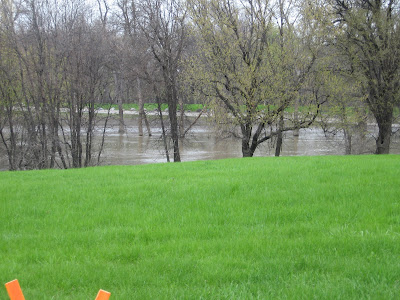 On my way to the clinic this morning to get my Holter monitor removed, I traveled down along the river on one of the newly opened, dike-free roads.  It meanders down along the river, under the highway bridge and connects to the streets that carry me to the grocery store, my mom's house, and even the little clinic I go to.  Its been the first time I travelled it since the flood as the part of the road under the bridge goes completely under water when it floods.

So what I haven't witnessed, is how all the houses along the river fared.  Since its spring clean-up week in our town, you are allowed to drag any and all junk out to the curb.  Its not uncommon to see washing machines, stoves, outdoor furniture in disrepair, couches, and junk in general.

What I wasn't prepared for were the houses along the river that had suffered damage.  I took a SMALL sample of pictures to show you what I saw house after house.  People literally lost a good portion of their house.  At first I saw piles of carpet which may mean an inch or two of water.  But then came the stacks of drywall, the washing machines and the dryers, the beds

And then the one that broke my heart.  The house stacked with all the children's toys.  And cribs and walkers and high chairs.  While we have had tons of people come pick through and take a lot of the items we placed out on the curb, everyone knows the stuff that has been touched by contaminated waters gets left alone.

But the full effect of all that damage, was very sobering and humbling to see.  I know some of these people have battled that river in the spring for years and not lost yet, until this year.  With the dump trucks rumbling past our house carrying the clay material from the dikes away, we otherwise have very little tell-tale signs of what we went through just a couple short months ago.

For a lot of people though, their lives are still in shambles.  The contents of their house strewn all about in their yards, looking displaced, tattered and covered in slimy filth.

I noticed how much the river has gone back down. I took the last two photos from my car as I drove back under the bridge. And underneath the dried river bottom on the grass and trees, the green grass is springing up, lush and unphased. The deer will return shortly along with the rabbits and dandelions, and it'll be hard to tell the area was once fraught with the sheer force of mother nature.


Upon returning home I found the work beginning in my own neighborhood. The trucks are lined up again hauling away the dirt and clay and giving us back our bike path. It won't be long and we'll awake to the sounds of early am conversations between those out for a jog or walk, instead of the ever present dump truck lullaby we've grown so accustomed to. 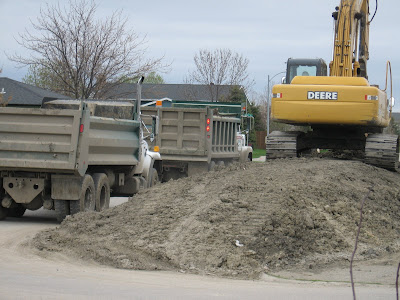 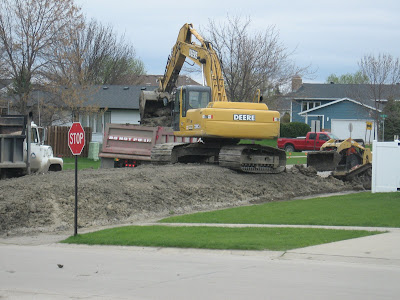