An unexpected turn of events. 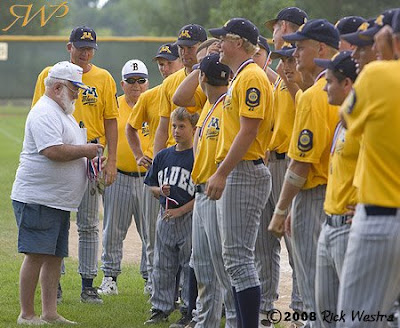 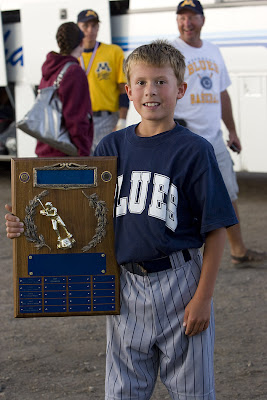 We went to watch the Moorhead Blues play in the Distirct 9 championship game yesterday in Fergus Falls. Nolan got one last chance to be bat boy for the season. Much to our surprise we played a young Dertroit Lakes team that we have beaten before. The bats came out swinging and with the threat of black clouds rolling in the Blues managed to capture the title in 7 innings by a score of 10-0. This is a team that came from a season low of a 21-0 loss to Fargo and rose to the challenge of the district tournament to earn a spot in the state championship. The rules of the state tournament prohibit bat boys under the age of 12 from participating. But Nolan feels dedicated to his team and we are thinking about heading to the Minneapolis area for the first day of the tournament at least. Congratulations Moorhead Blues!
Posted by Vicky at 9:10 AM