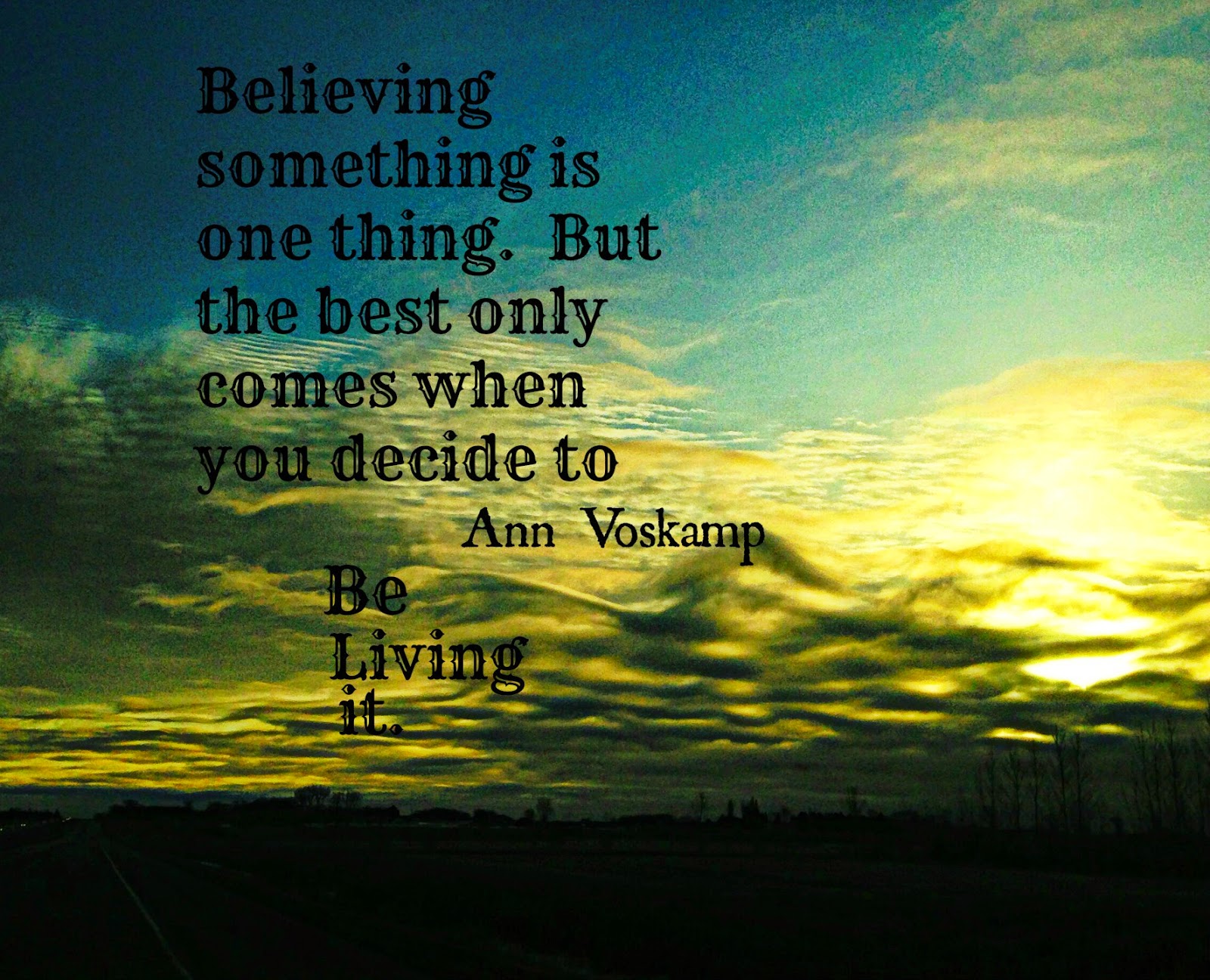 "Believing something is one thing.  But the best only comes when you decide to be living it." ~ Ann Voskamp

The sunrise was spectacular as we left early Saturday morning for hockey.  I had talked to mom to be sure she was okay with me going.  She assured me she wasn't feeling up to moving out of her chair.  She had a queasy stomach and they were bringing her something to help settle it so she could take her meds.  "Go." she said. Quite firmly.

So we headed up north.

We were playing the number 3 team in the state according to some Bantam AA rankings.   How would we match up?

The arena was great.  We loved the wood beams, making it truly feel like a "barn," and yet it was comfortable instead of freezing cold inside. 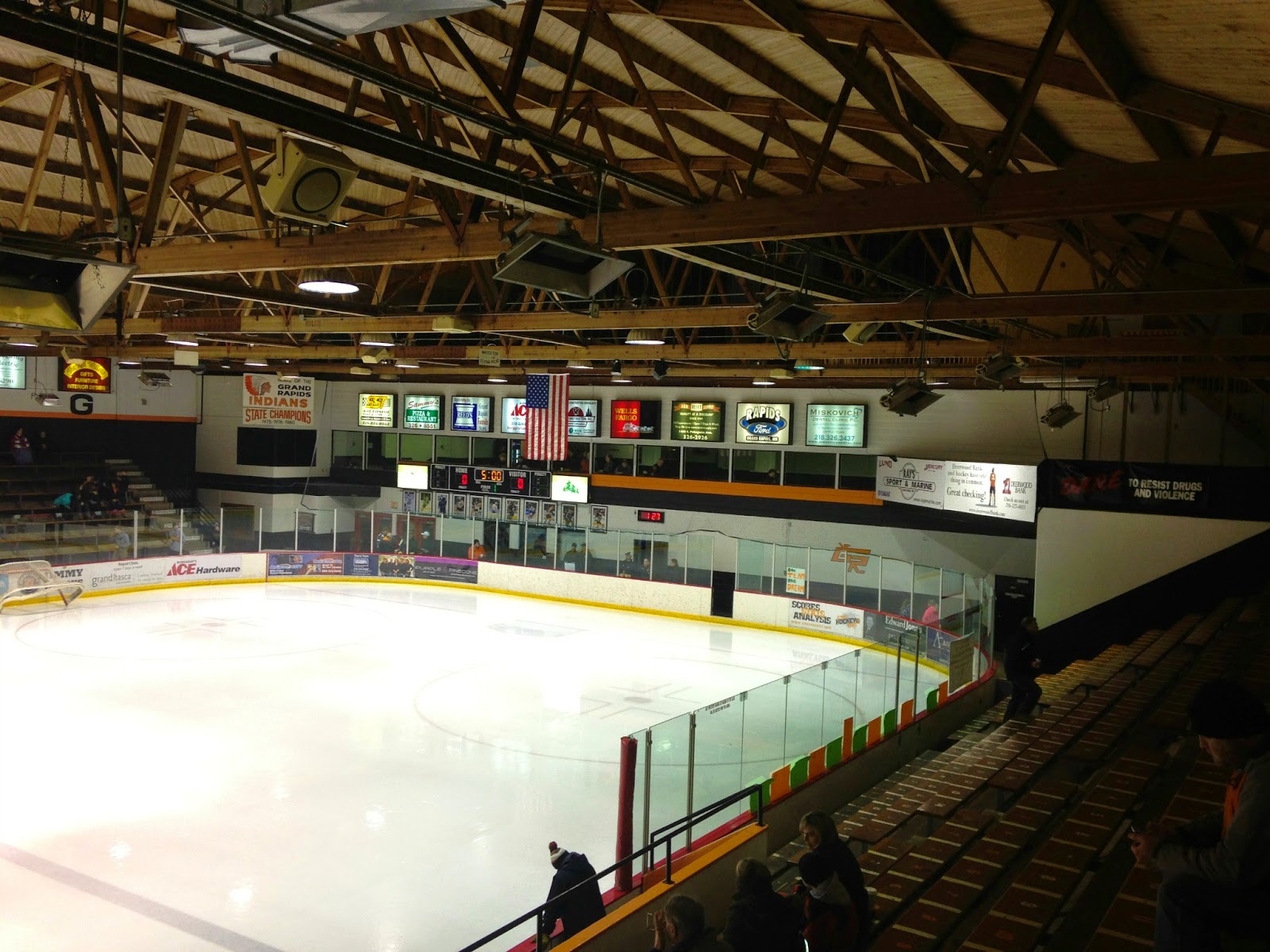 The game got off to a quick start.  My stomach told me right away Grand Rapids was going to give us a good game.  I was clenching my fists, and stomping my feet in nervousness, until the very end.  While #6 put the first two goals in net for us, my own #7 came up with a shot from the corner that none of saw coming- including the goalie.  It literally went in off the goalies back. 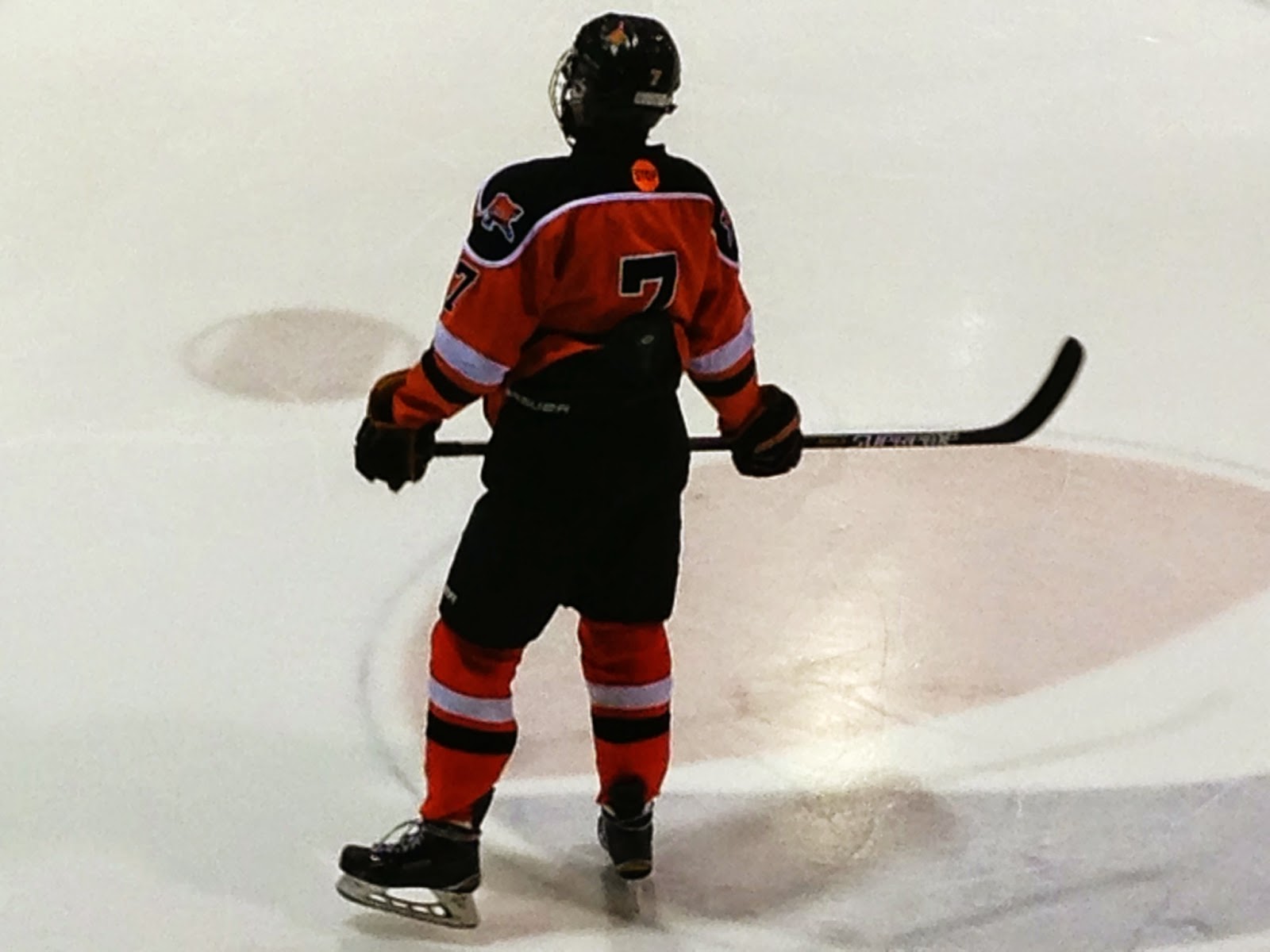 I kept seeing this sign and thought, how did they know that about us?  Okay- so its their sign.  But truly, our team exemplifies this in every way. These boys, are the true definition of team. 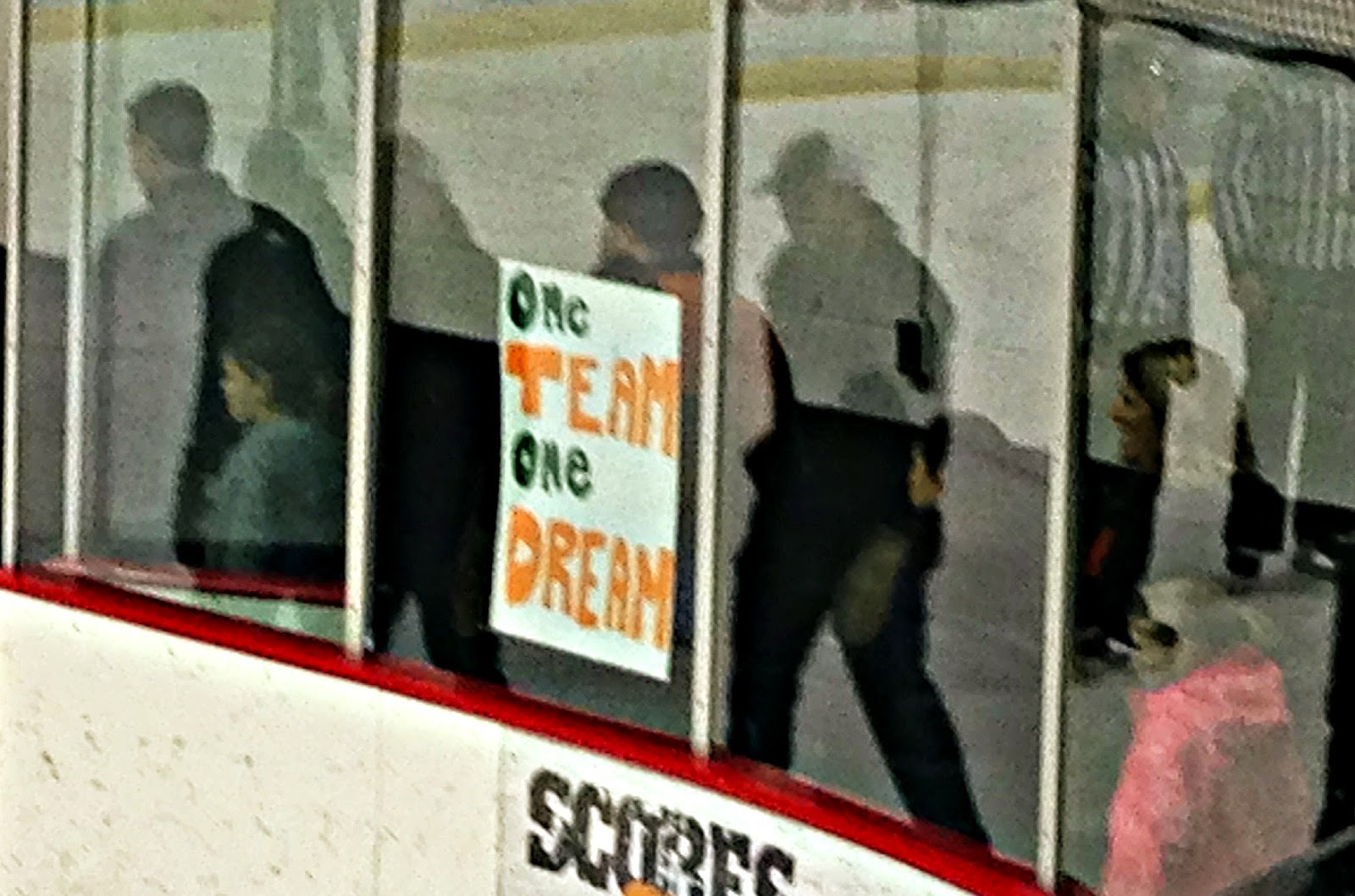 Yet, there's one thing we want, too.  The dream.  See those banners hanging across the rink?  These boys, would like to win one too.

One team.  One dream. 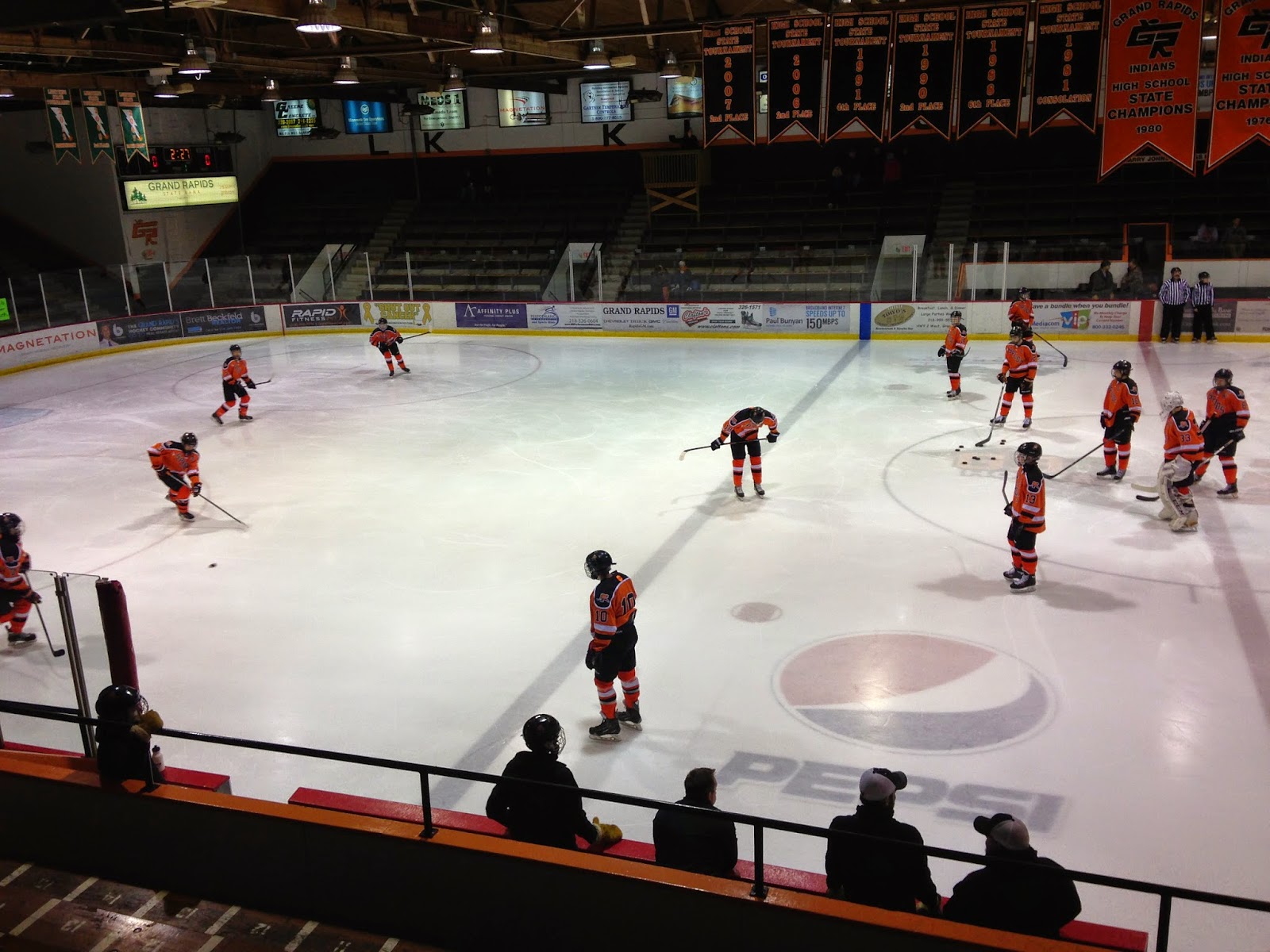 So we left the arena and headed even further up North to Duluth.  Its always a beautiful sight dropping down into the city. 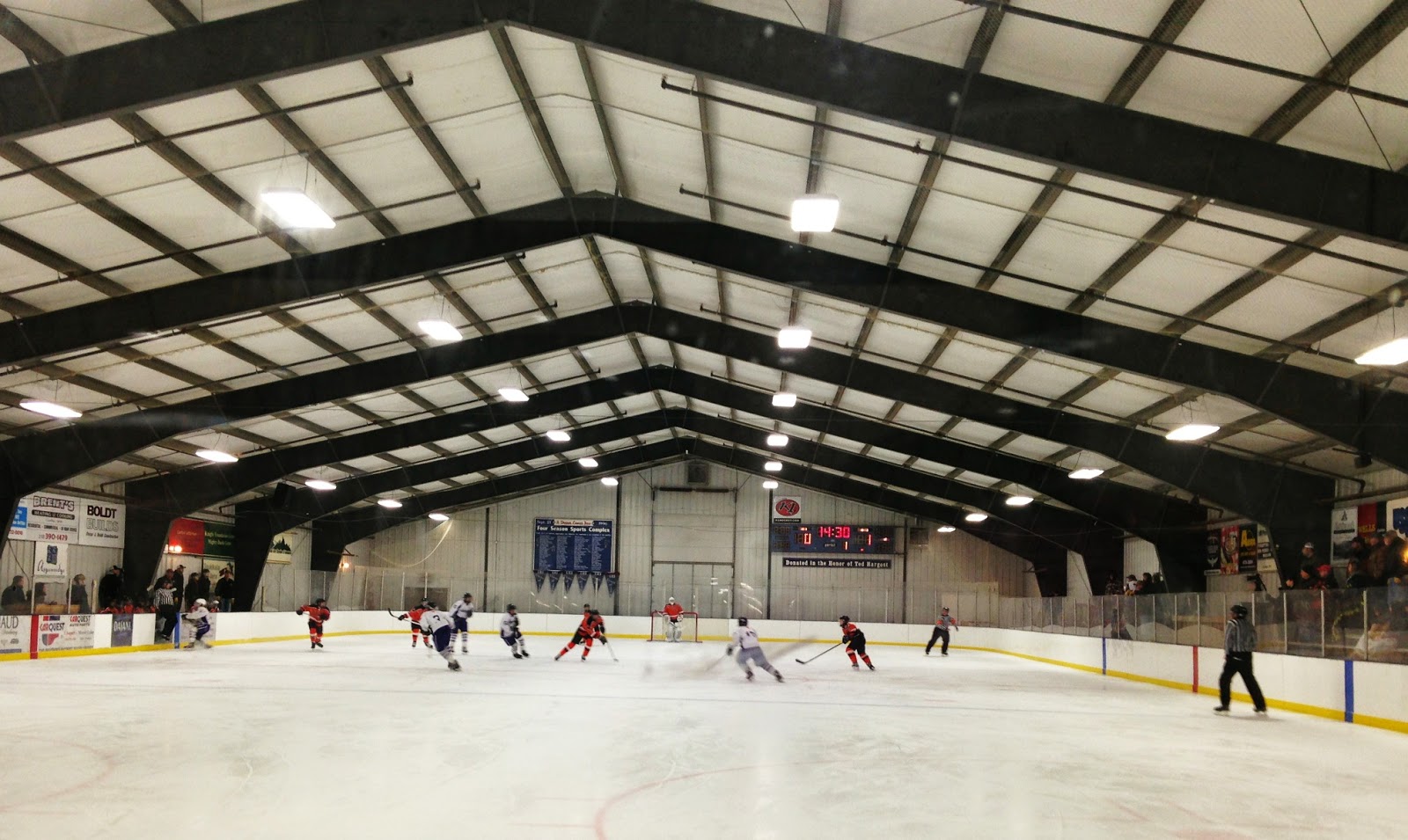 Sunday morning is when I received the phone call.

Mom, had a terrible fall at Bethany.

She was headed via ambulance to the ER.

We made some quick calls, as we were 5 hours away.

Our cousin, Pam, was our saving grace.

Seeing mom Sunday night, was one of the hardest things I've had to lay eyes on in a long time.  She is in rough shape.  She is black and blue, from head to toe.

She has a broken wrist.  Potassium built up in her system to a dangerous level and affected her kidneys and her heart.

But despite everything, her feisty spirit shines through.

I'll be off spending time with mom in the hospital for however long it takes to see her through.

By the way, we won our second game to- 2-0.  #7, with the help of all his team mates, got two pucks past the Cloquet goalie and they won another big game.

"Believing something is one thing.  But the best only comes when you decide to be living it." ~ Ann Voskamp

So many truths in the quote.

"Be living it, while believing in it…"  Amen.