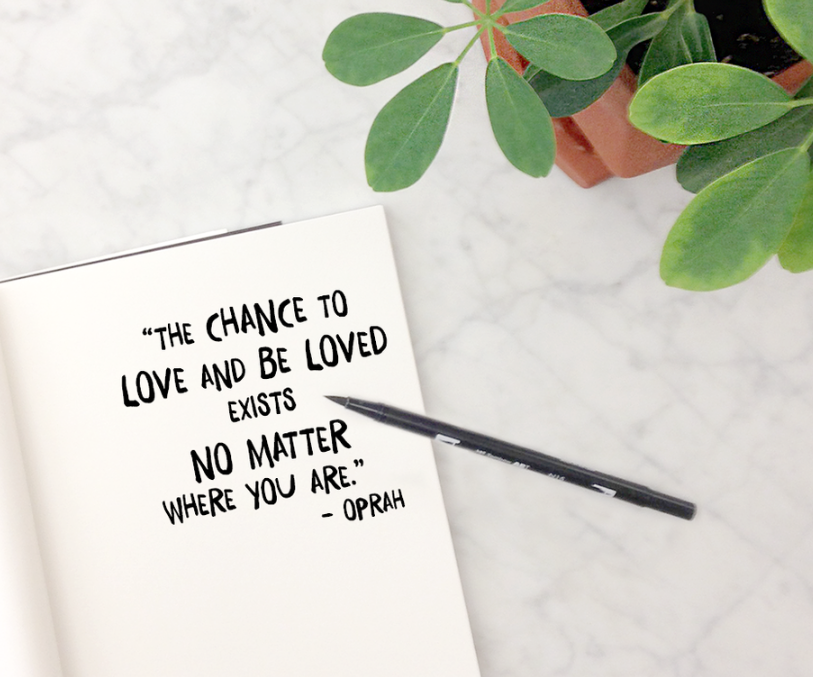 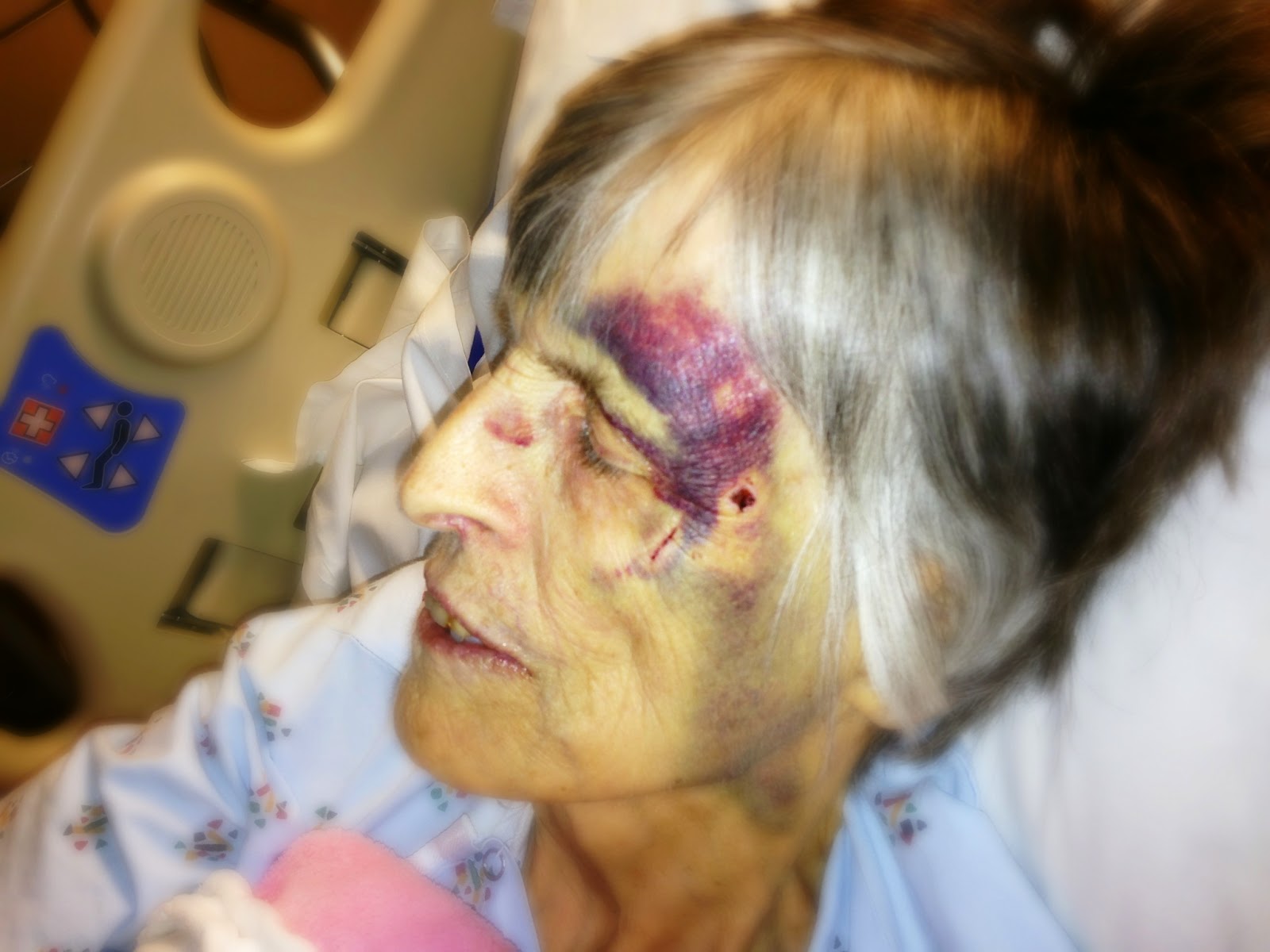 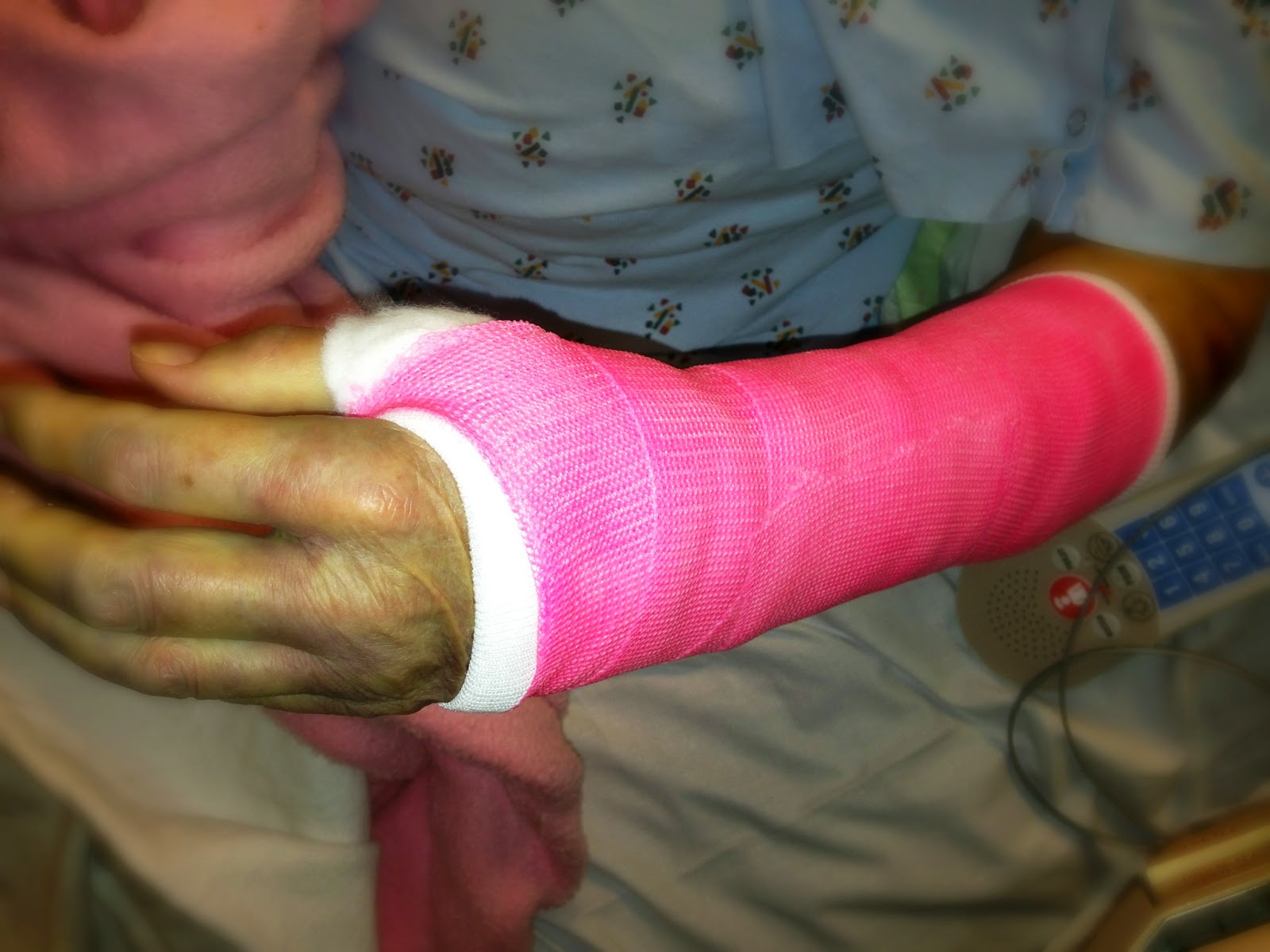 It was the shampoo bottle that got me.  I had stood up well all last week.  Despite how horrific it all seemed ( as shown in the photos above.)  I handled it all, day in and out.    Until I reached for mom's shampoo bottle when we transferred her back to the Nursing Home on Friday.

The bottle was empty.  And she had resorted to using a hospital grade body wash for her hair and body.  She hadn't complained.  Or even mentioned to me she was out of shampoo.

And then I saw the most telling sign… the toothpaste.  Generic.  And for her sensitive teeth- nothing but Sensodyne will do.  In fact, she chastised me last time for not getting the mint flavored one.

But now?  Generic nursing home stuff, was what she was willing to tolerate.

I was so surprised by the onslaught of tears I could not hold back,  as I gathered up her things to bring to her new room on the skilled side.

With each passing day, a bit more of her is muted.  Hushed.  A veil of pain, and loss, of so much, flattening the emotion in her face.  She is drawn, and weak, wincing as she tries to adjust to get comfortable so often.  She can no longer stand on her own.  I haven't seen her walk in over a week.  This is so not my mom.

Mom had the most spectacular team of doctors last week in the hospital.  Several were interns, and residents- still in the process of learning.  A couple of the physicians have seen her before.  And the Attending physician, was compassionate, smart and a great teacher.  They actually saw mom more than once a day, and repeatedly told me to have them paged with any concerns or questions I might have.

When the ring of doctors would form around the bed, the circle would always widen, to include me.  As weak as my mom was, she had an uncanny tolerance for the pain when they came.   She let them examine every square inch of her injuries, her swollen knee, the torn skin, the bruises everywhere.

And somehow, she'd leave them laughing.  Every time.  The Attending told us, they always looked forward to visiting with mom- she was of great interest and concern to them for so many reasons.

So when a room opened in the transitional care unit, at Bethany, her nursing care facility, the doctors determined she was stable enough to go.

But they very softly admonished, she would most likely be back soon.  And so I boldly asked where we are in the progression of her disease.

They felt she was fairly advanced.  That she won't be getting much better.  And when I asked if it was fair to consider talking about Hospice or Palliative Care should she worsen?  They said yes.

I crawled in bed with mom, that night.  And we talked.  She seemed relieved, in a way, to have some validation over what she has most likely been thinking about.

Her heart's desire that night?  Could she please go to the funeral home when she got out, to pick out a casket?  No sense in spending too much money.  Plain and simple would do.

Her wisdom has been made so clear.

"Live for today, and hope for tomorrow," she'll say.

We talked at length that night,  just her and I.

She seemed peaceful, and yet still has a firm grasp on living as fully as she can, as long as she can.

As she began to drift off to sleep, I readied to go.

She ran her fingers over her cast, smiling as she saw the names of her grandsons, her nieces and nephews. We had teased one of her nephews that he should put his old football jersey number by his "autograph."  Instead, he left something, that mom looks at often.

Instead of saying his number, it simply reads "I love you."

We're deeply humbled by the love and support of so many.