What are you willing to give up?

I spent Sunday outside all day.  This blue chair came from my father's childhood farmhouse.  I love that its authentic, and even the blue chipped paint is decades old. 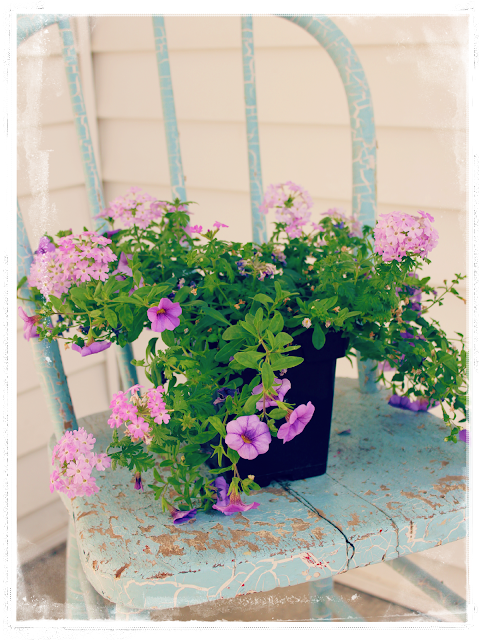 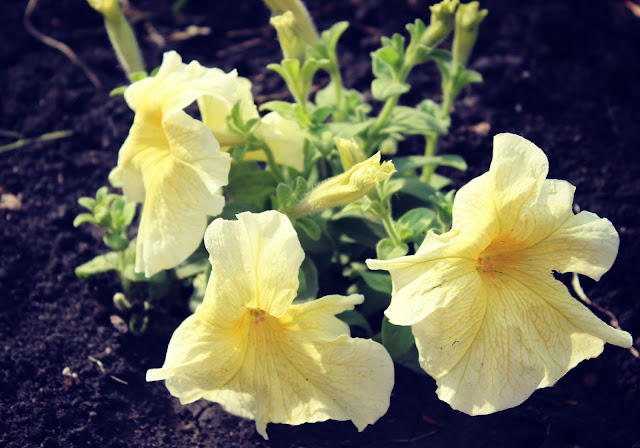 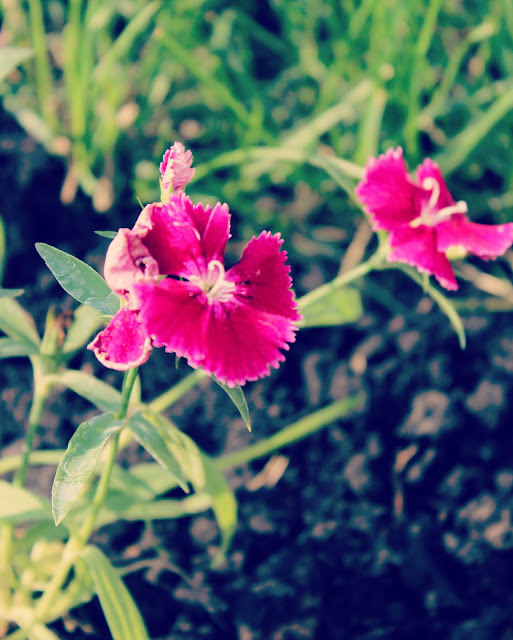 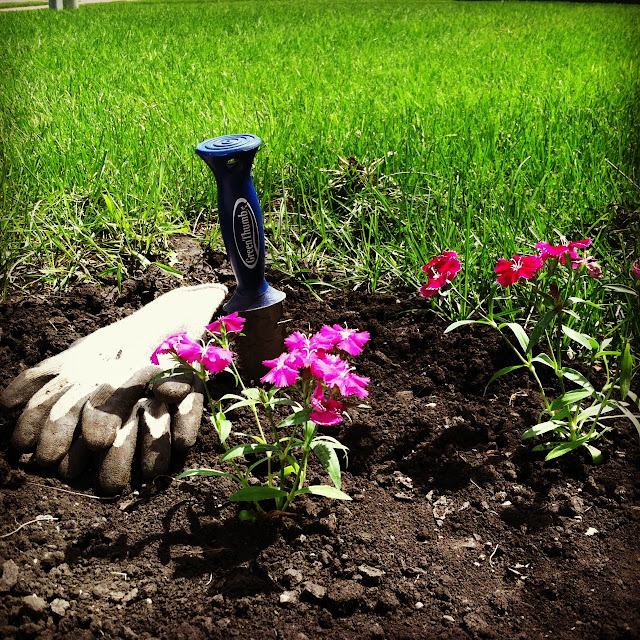 It started sunny today- and I intended to go out and take photos later.  Ahhh, then I saw the black clouds forming as I turned to go, and instead grabbed my camera.  I had two minutes of sun till the grey overtook the skies once again.  No matter how dark, some rays were still seeping through. 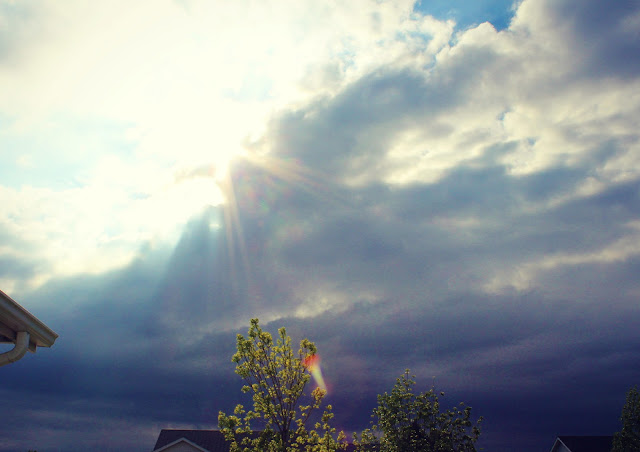 I started the oral sedation meds yesterday that Dr. Foster wanted me to try, an hour and 15 minutes before we left the house.  I expected to feel pretty foggy and sedated by the time I arrived at the door of the hospital.

So as we sat waiting to be called back, I took another pill.  Now for sure I expected it to hit me.

I sat for another 20 minutes before I was called back.  I thought, "this will be the test, standing up, when it usually hits like a ton of bricks."

But no.  Still just a distant calmness which was pleasant, but not the knock-down-drag-down I can't stay awake kind of feeling I expected.

I quickly changed my clothes as instructed and walked back to the mri room.  Its the most awake I've been in that room since the first time I was there unsedated 2/12 years ago.

And then I saw him.  One of the techs I've had several times before.  And when his opening words to me were, "you only have a 9 1/2 minute scan."  I nearly fell over, but only based on his words.

They told me an hour on the phone.  I was prepared to be in the tube for an hour.

He laughed, shrugged and said- nope- I just need you to lay still for the entire 9 1/2 minutes.

I think trying to place an iv in my arm took nearly twice that long.

Finally I was tube worthy.

When I went back to the radiation department, I still wasn't feeling my normal sedated self.

We went over how everything would proceed.  Then the treatment consent was given to us and we were shown the part Dr. Foster filled in.  I don't know if I just psychologically couldn't listen to it all, or if sedation was starting to take effect.  But either way, Rick and I both know, despite the side effects, (hair loss, vision, impairment, ???) non-treatment is clearly not an option.

“It's not hard to decide what you want your life to be about. What's hard, she said, is figuring out what you're willing to give up in order to do the things you really care about.” ― Shauna Niequist, Bittersweet: Thoughts on Change, Grace, and Learning the Hard Way


So the radiation nurse and I agreed to try 1 more pill after sensing I am not nearly sedated yet.  Then I laid down in a darkened room for half an hour.

Now I was starting to relax.  They walked me back to the PET/CT scanner I had been in the week prior.

Then the techs began wrapping my face in warm plastic pieces to make my new mask.  The techs were wonderful about describing each bit to me and reassuring me I was doing fine.

Mask made. Preplanning in the stages.  Day complete!

Rick drove me home and I promptly slept for the next 4 hours.  Sedation finally achieved. Smile.

The spot in the back of my brain that they were going to just watch?

After much deliberation by several doctors, we are going to go ahead and zap it now too.

I am so deeply appreciative of your prayers.  Every little thing that goes so smoothly in the midst of all the mess and the hard,  feels like something one of you has asked Him to see to, and He has.