“I can hear your whisper and distant mutter. I can smell your damp on the breeze and in the sky I see the halo of your violence. Storm I know you are coming.” ― Robert Fanney 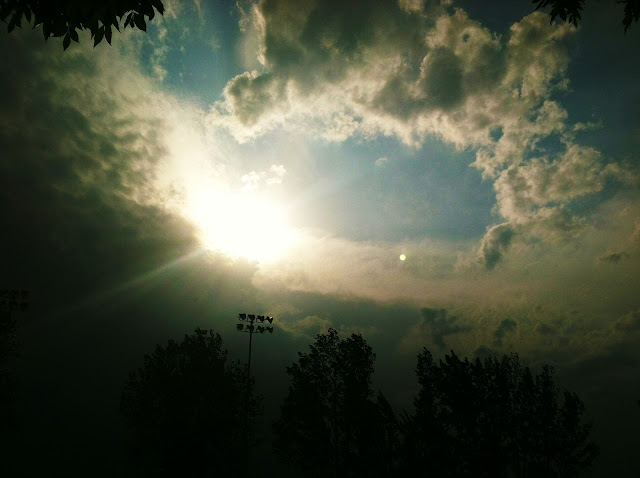 Its been a week of weathering storms. They come on so fast, out of nothingness it seems.  But the beauty in them I think, is that they rise up mightily and leave us awe-struck at the sheer magnitude of natural forces- while we surrender, and ride them out.

Colton had baseball last night.  While we left the house with partly cloudy skies, the forecast was for an 80 percent chance of rain and thunderstorms.

It was just two short years ago when Rick and the boys were fishing done at Grandpa Jim's lake.  The dark clouds hung in the air as they got the boat secured on the trailer up by the garage.  The boys went inside to be with Grandma Carole.

Superman said they saw a lightning bolt several miles off in the distance, and minutes the next bolt of lightning struck a tree merely 20 feet from where they stood.  The towering pine shattered all across the yard.  The roof and side of the garage by the tree scorched black.  All the electricity to the house was gone in a split second.

Both Rick and his Dad made sure the garage was not about to burst into flames.  But both have said their ears were ringing so loud they couldn't hear anything for hours.

Miracles happen every day.  The boys, while visibly shaken, were safe with Grandma and relieved when Jim and Rick entered the house.

The phone call I received shook me to the core that night.  It was a mix of concern and pure gratefulness that it wasn't worse.  A week later, the garage at the lake and the chunks of tree still in the yard smelled scorched. Its a night we will never forget.  Rick and his Dad both lost significant hearing in their right ears.

So last night, my boys were nervous.  Rick and I both went with Colton to reassure him we'd bring him home safely if and when the storms surfaced.

Barely half way through the first game, the dark clouds descended and the radar lit up with all colors of the rainbow.

The games were called and we left the field as rain started to fall.

It was a stormy night.  The boys were shaken.  The dog was riled.  We were clearly not in control of any of it. 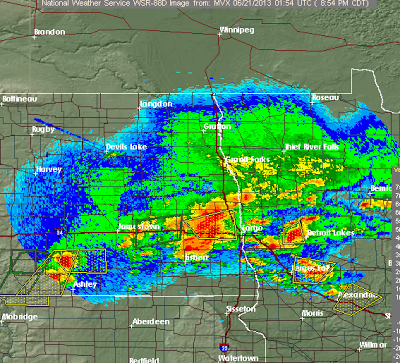 But we awoke to broken branches, dirt strewn about our flower beds, a crisp blue sky and the promise of another new day.

It was our second storm of the week.

The first one arose just as suddenly.  Earlier this week, the bottom of my feet turned red.  Bright red.  They grew hot and looked almost sunburned.  Each day they grew more tender.  Then they started to crack around the heels. I was hobbling quite a bit by Wednesday.

So I searched through my Xeloda education sheets.

And there it was, highlighted in yellow, call immediately.

So I placed a quick call to Dr. P's nurse who listened carefully and said she would be calling back.

I was on my way to help Rick do a baseball photo shoot when she called back.

"You need to come in now," she said.  "Dr. P is out of the hospital until next Friday, but the nurse practitioner can see you."

I've seen Lori before and really liked her.

In a nutshell she recommended I stop the Xeloda.  Even though this leaves my cancer unchecked, my feet would likely only grow worse and at some point open sores/blisters would likely form.  Infection can set in quickly at that point "the storm" is in full effect.

So I will wait until Dr. P's return.  Knowing, I can call or be seen in the meantime if my breathing grows worse, or other lung met symptoms arise.

So I'm riding the eddy and swirl of life's storms around me. Further evidence of how little we are actually in control. But somehow through grace, I'm left feeling buoyed and embraced- the shelter of His mercy firmly overhead, as the storms rage on.