I'd be hard pressed to tell you which day of the three day Cully's Kids events is my favorite. Each day brings its own unique energy and experience. True to form, the day of the picnic was a scorcher and many of us were longing for a turn in the dunk tank.

What makes the picnic so gratifying is that you see all of Cully's Kids having so much fun.  Whether they are in treatment for cancer or wheel chair bound, or using crutches, whatever the disability may be, all of those things take a back seat to fun.  And that fun?  Raises a lot of money for Cully's Kids.


Andrew had such a serious look on his face it made Rick and I laugh.  But that snow cone was firmly grasped in his hands.  Snow cones- genius idea! 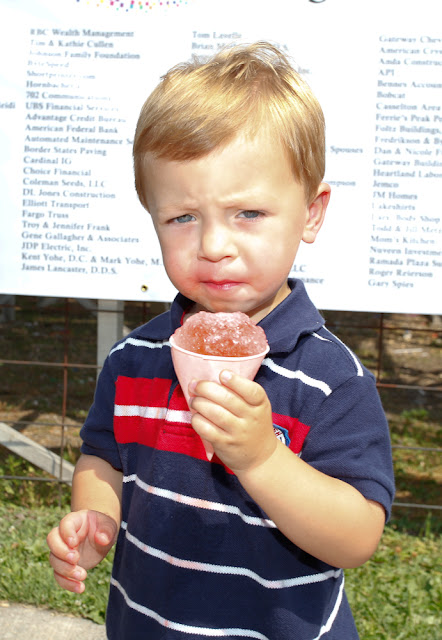 Wyatt was thrilled at the idea of dunking his Dad, Matt. 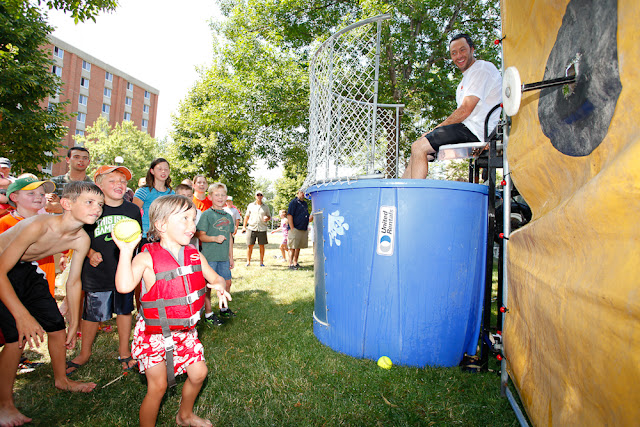 Wendy came to volunteer with Hilary who also works at Sanford. 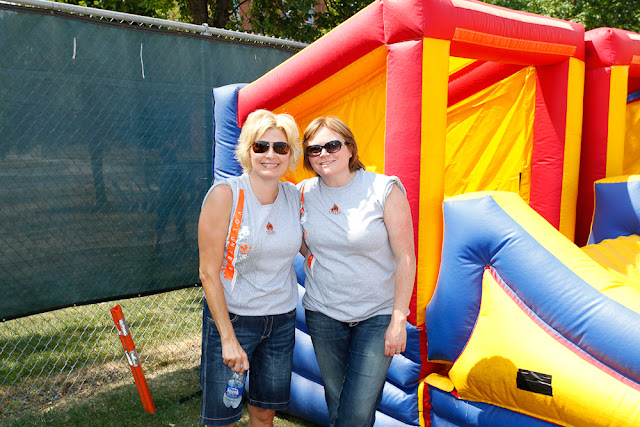 You have to love a woman who willingly gets in the dunk tank for the sake of the kids.  Bridget took turn with her boys, letting them each get dunked with her. 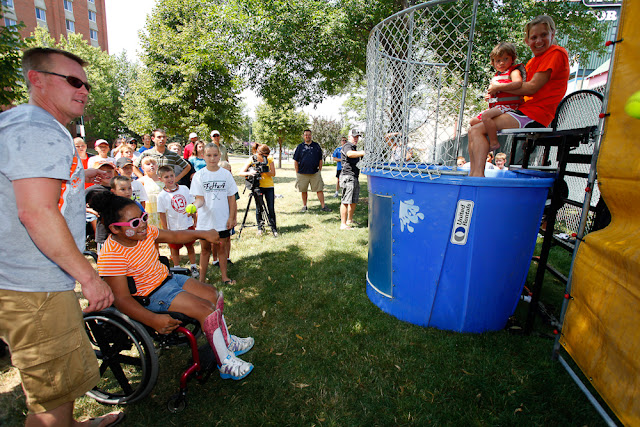 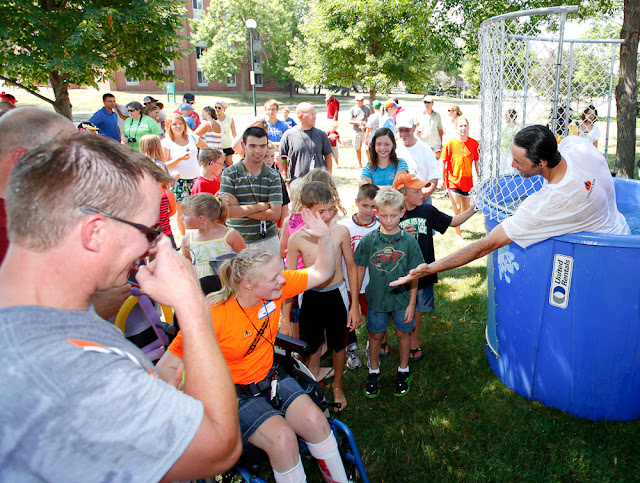 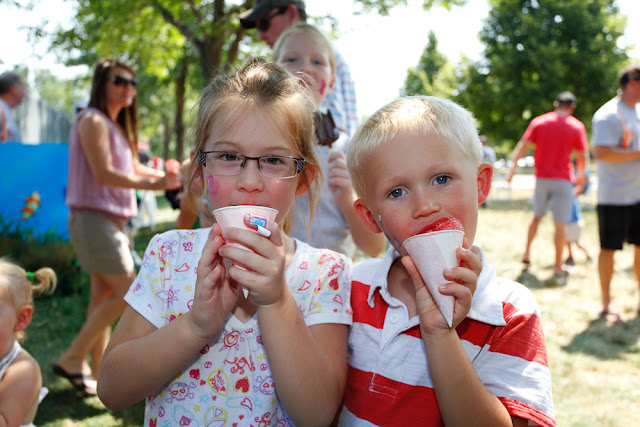 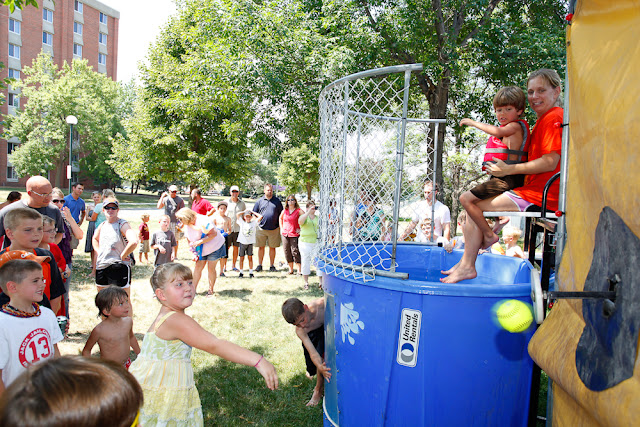 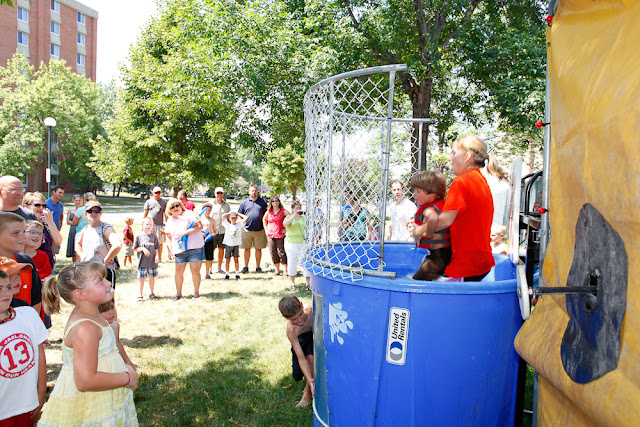 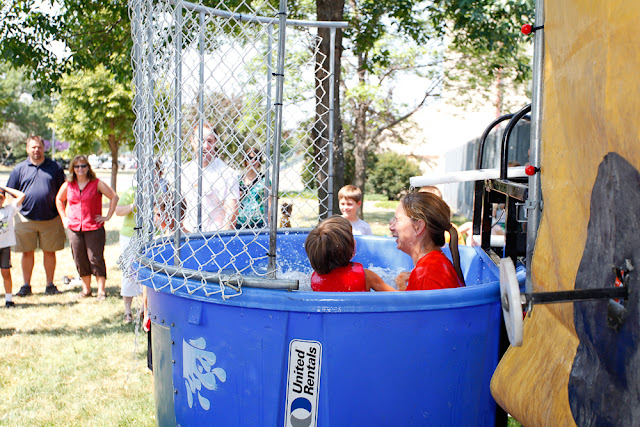 I would guess in the 4 years we have been doing this, this is the largest turn out we have seen.  Just look at the huge number of sponsors who help with the picnic every year. 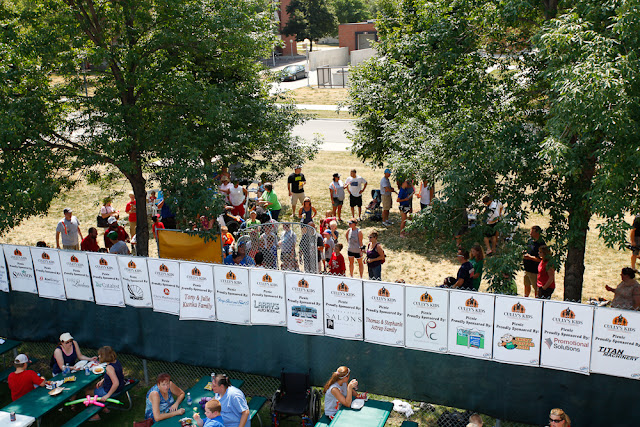 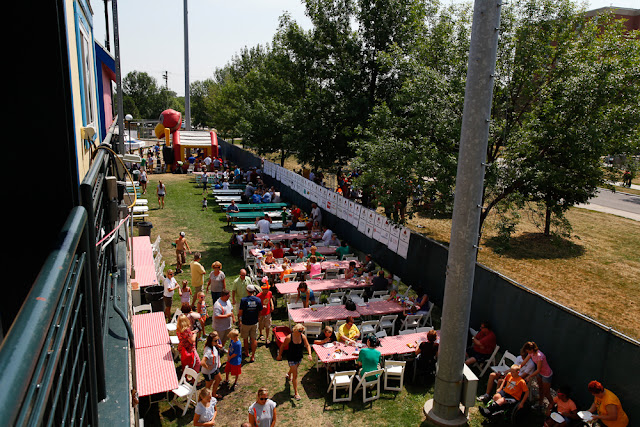 Since we are at Newman Field- home of the Fargo-Moorhead Redhawks, Hawkeye is a favorite amongst the kids.  Brooks attached himself to Nolan and the two of them were dunked many, many times. 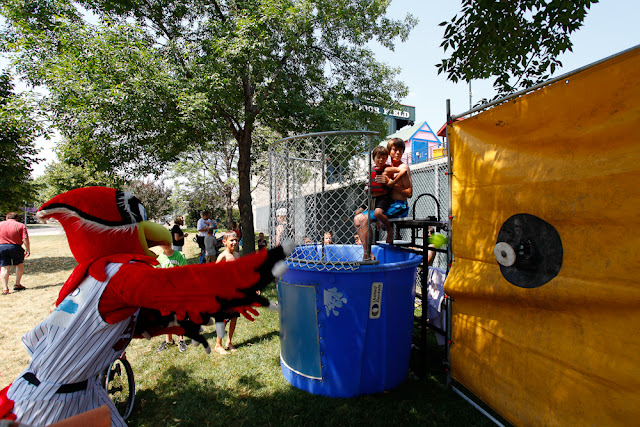 Who do you suppose is having the most fun?  (I think the mom watching in the background may have a slight edge) 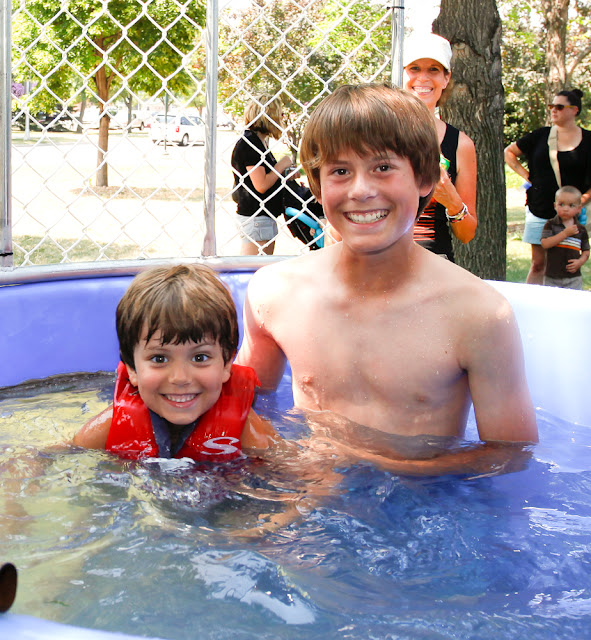 On our way out we stopped to say goodbye to Matt.  He takes the time to ask how I am.  He searches my face earnestly.  He couldn't be any more genuine in caring.  I may be a mom, an adult with cancer- but our entire family feels fully embraced by the Cullen family along our cancer journey.  I may be the "biggest" Cullly's Kid out there.

I talked with Matt's Dad, Terry for awhile.  I told him it dawned on me that day... Matt and Bridget aren't just leaving a legacy- they are fully living it.  And Terry added, "and they are including all of us along with them."  Terry said he had just taken a call from a Dad with a son who plays hockey and was injured and in the hospital.  Would Matt come for a visit?  Terry said, "I'll tell Matt after the picnic, I know he will want to go as soon as possible. That is the part nobody sees.  Matt and Bridget visit, talk, call, these families often.  The event is once a year, but the caring is year round." 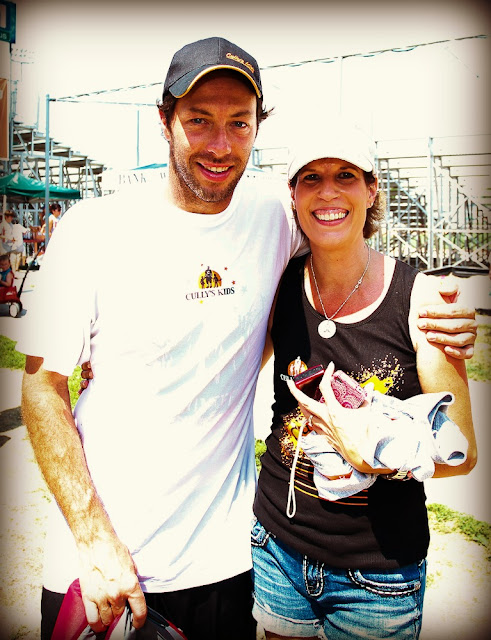 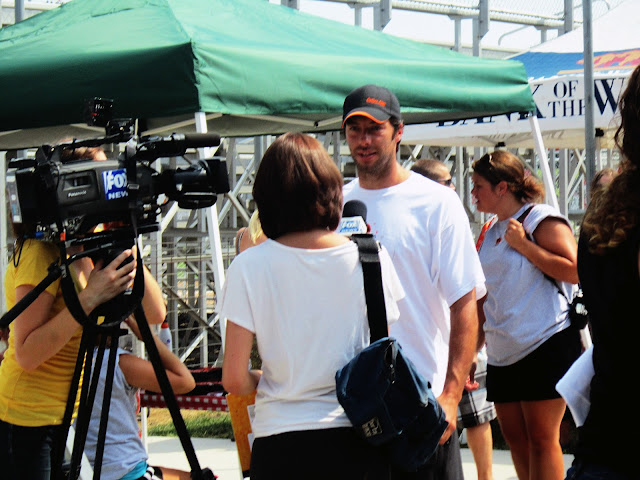 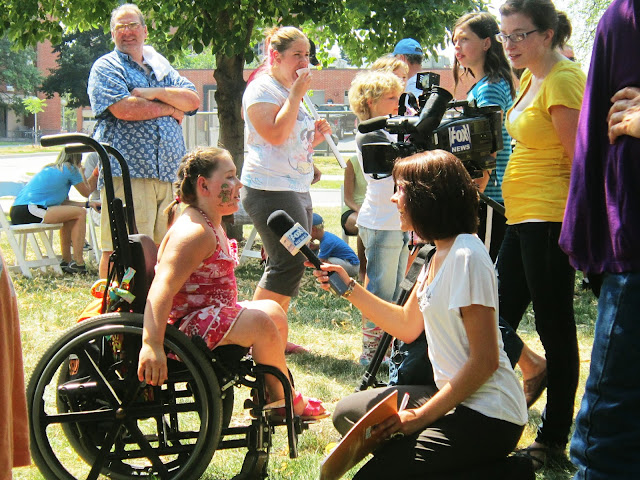 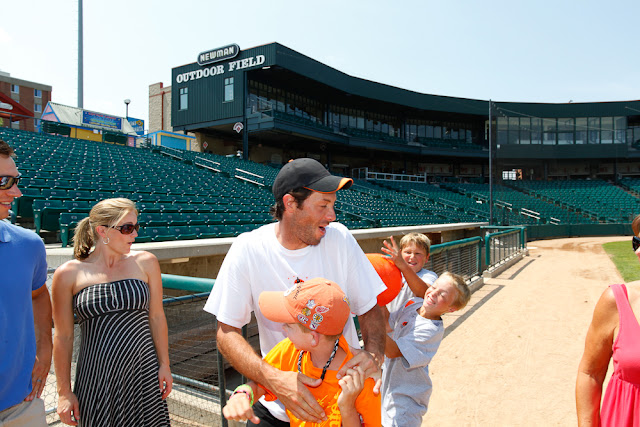 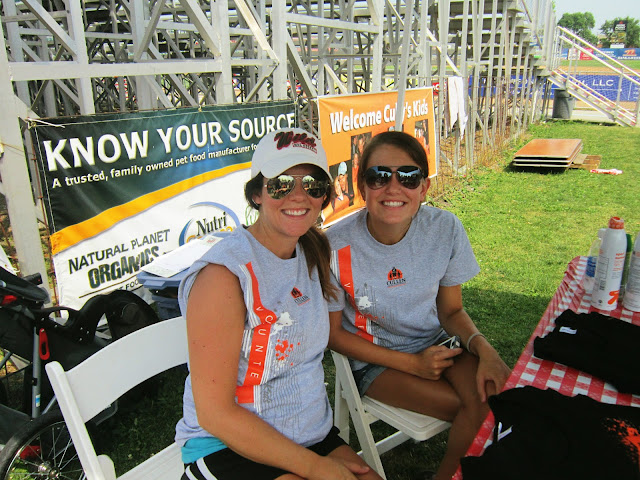 Everywhere I turned was a familiar face.  And these two faces literally made my day.  These are E and L, the two sweet adorable girls I did daycare for two years ago.  They are as cute and as sweet as ever and filled my heart all the way up. 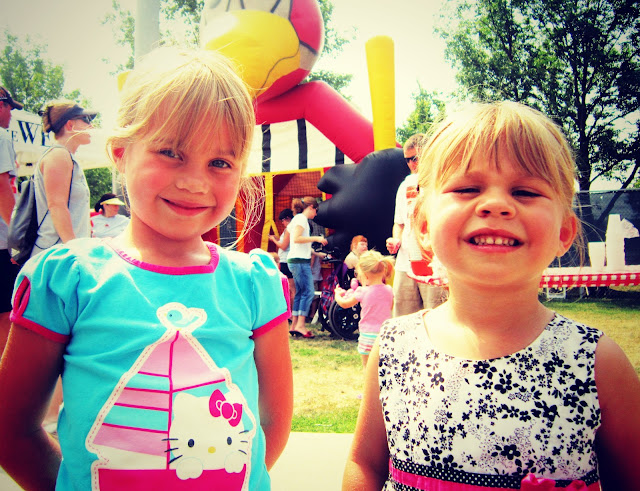 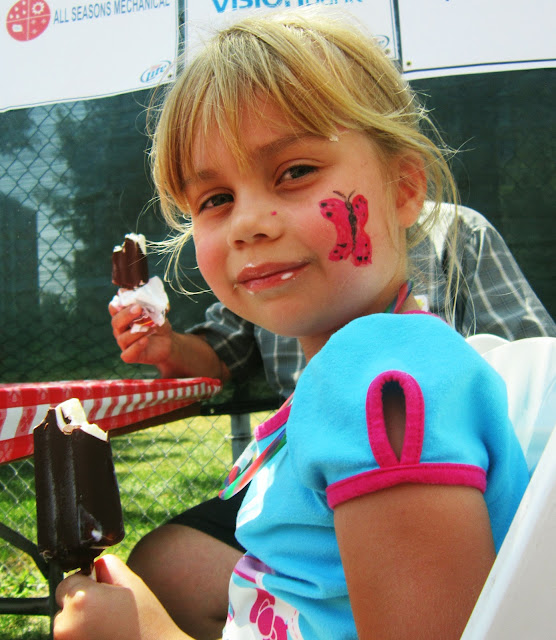 On Monday, for my birthday, Rick wanted to know what he should get me...  my heart was so full, he could not have bought a single thing that would have made me any happier.

But, I've been left pondering some more... what is the legacy I want to leave?  Am I living it right now?

How about you?  Are you living the legacy you want to leave some day?