We're in the Suburban driving somewhere, the boys squabbling in the backseat. We've debated sticking with the truck, even as the tally grows for new brakes, a new windshield and a growing rusted out back panel problem... or sucking it up and getting a newer, older one. He leans in just then and says, "You aren't thinking of trading ME in on a newer model, are you?" I can only chuckle at the absurdity of his question. You'd think I'd be the one who had to worry about that.  It seems I am the one getting "parted out" like an old pickup put out to pasture.  At least one new breast is in the works, and a wig is on standby, ovaries are in question as are lymph nodes.

But he shows me I need not worry, every day, in the littlest, and best ways. Like how quick he comes running home from work if there is too much weariness, too much fogginess, in my voice. "I'll drive the boys, take your meds, you rest. Oh, and I stopped for groceries, I knew we were low on milk." I never even asked.

Just like I don't ask for Dairy Queen any more. But he brought some Friday night just for me, after the boys were in bed. He knows I am mostly dairy free. He knows when we take the boys I usually decline.  But when he brings it home for just the two of us, its like our own private date. Its not like we say anything in particular. We are happy to just be, quietly, sitting together, enjoying an ice cream-sized moment together.

My new found status as a cancer patient has left me feeling vulnerable and sometimes exposed.  I pulled weeds in the flower bed one day, and paid with pain shooting through my back all the next day. Scrubbing floors and vacuuming ditto the response in my back.  I retreat to my heating pad for solace.  We feel too young sometimes to have taken on these roles... me patient, him caretaker.  Its easy to succomb to the demands of these roles however, while forgetting that you are still mother and father and husband and wife at the same time.  Yet, his demeanor hasn't changed.  He soldiers on without complaint.  I feel indebted to his "stick-to-it-tive-ness," as there are no guarantees the ride will get any smoother any time soon.

Its our anniversary today. We were married, officially, 14 years ago today. Unofficially, our hearts married some 25 years ago just after our first date. He had 400 hundred and some odd dollars on the dash of his Mustang, and a wide open night to do with as we pleased. I remember little of where we went, or even what we did, but we spent not a dime, and talked under a bright moon till the birds started to sing at dawn. And we learned that even in the quietness, speaking not a word, our heartbeats had started to commingle. All of these years later I know our commingled hearts will always be just enough to sustain us through the foreverness of him and I. 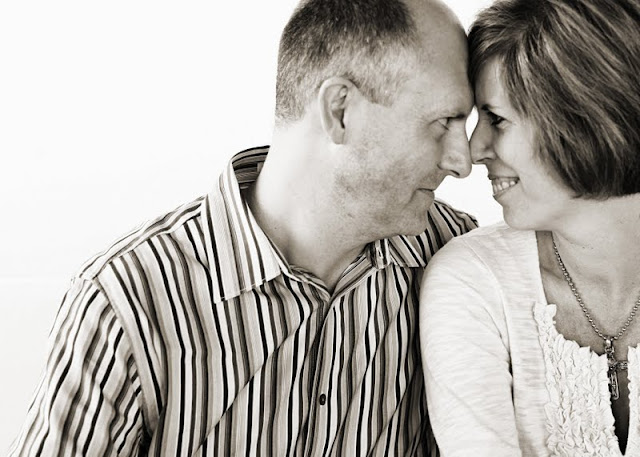 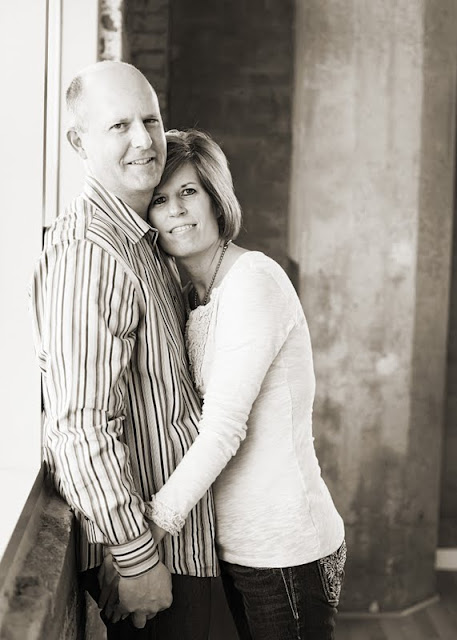 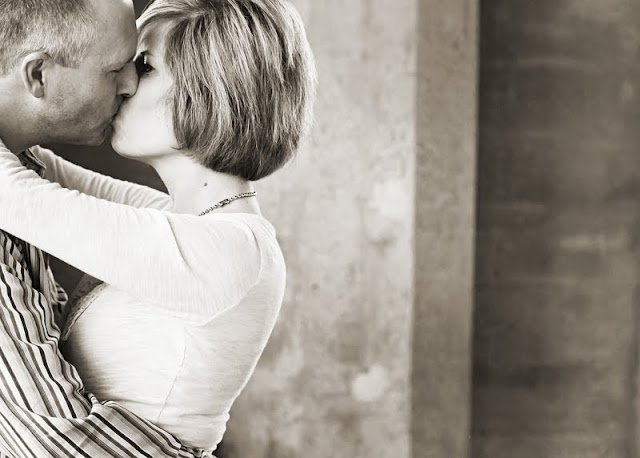 These are a few more of the photos Ria took for us...  I think she got us really well.
Posted by Vicky at 7:00 AM