We made it!  To the state hockey tournament that is...  this was the celebration shot Rick took after the Spuds beat Bemidji to represent our region at the Minnesota State Hockey Tournament in St. Paul next the end of this week.  We'll be attending the tournament for a few days and can't wait to cheer on our team.  We have 7 second place finishes in the State tournament and hope that maybe, just maybe this will be our year. 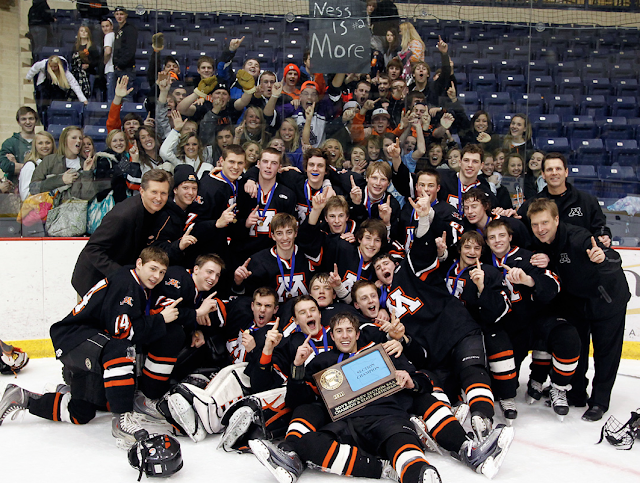 We made it!  The end of our hockey season for the boys officially came to a close this weekend.  What a week it has been!  Colton's team ended up in 3rd place for the Mites. 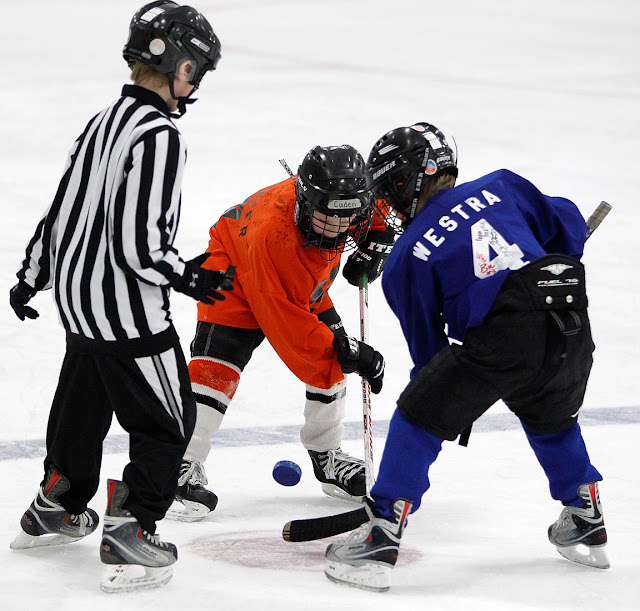 Nolan was the ref for Colton's game again... He reffed 5 games this weekend and hopes to buy something with his paycheck at the hockey expo. 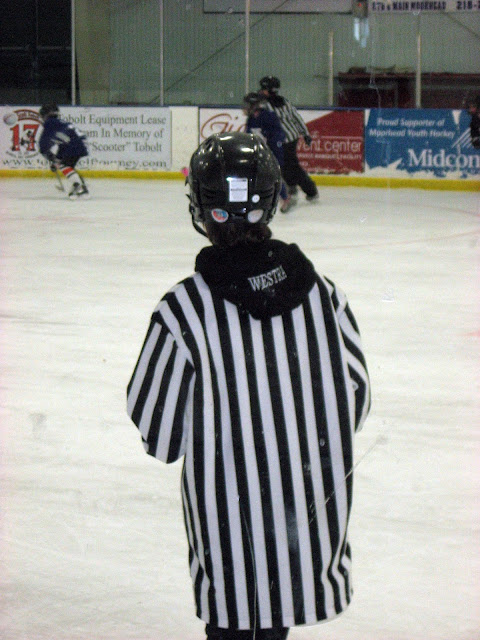 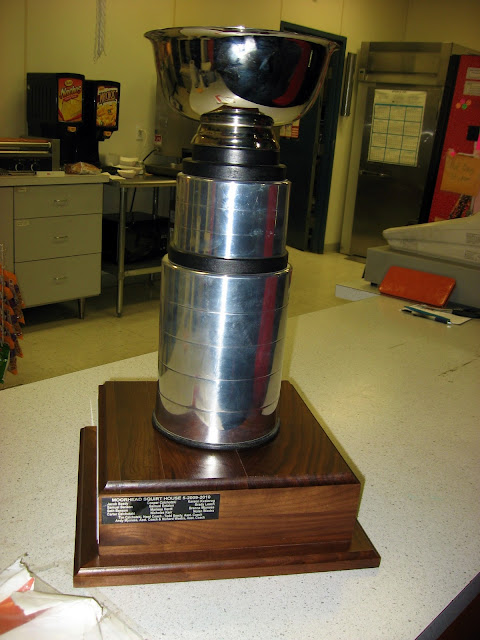 The pit in the bottom of my stomach proved to be telling.  Nolan has been reluctant all year to play goalie.  But it was his turn and he didn't want to let his coach down.  He put on a brave face, but he was in tears by the time the 3 goal went past him and they were down 3-0.  It wasn't meant to be.  The black team suffered their first loss to the yellow team and they took second place.  But we didn't get too down.  We felt that seeing Nolan's friends get a chance to have their name on the cup was pretty exciting.  It was a good lesson - joy divided = joy multiplied.  Or, that which we focus on, expands in our life.
We made it!  Well okay, you got me here.  You would think this photo reflects the spring thaw- and you'd be wrong.   Its still cold (8 degrees) and snowing.  The only thawing was from the sun beaming down on the roof... but I reveled in the blue sky regardless. 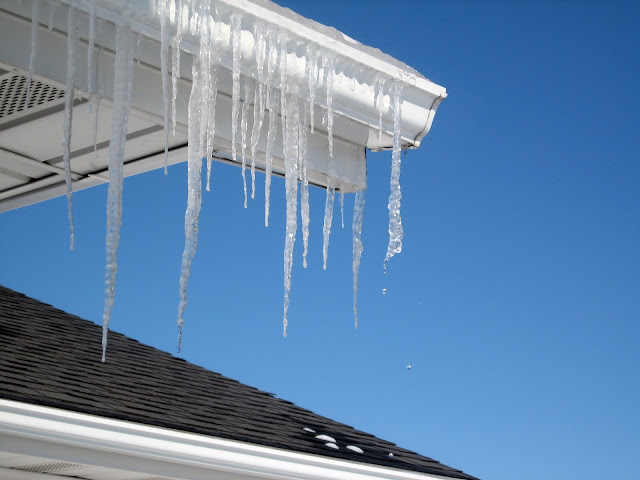 Plus if it were really spring?  This big guy wouldn't be living in my yard right now.  We've seen his tracks around for weeks now, but yesterday we finally saw him up close. 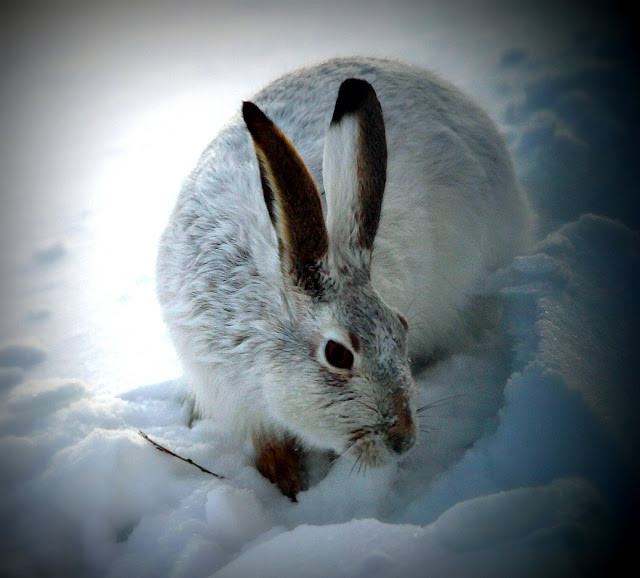 He is really quite big and white and if it weren't for his ears, he'd be hard to see in the snow... 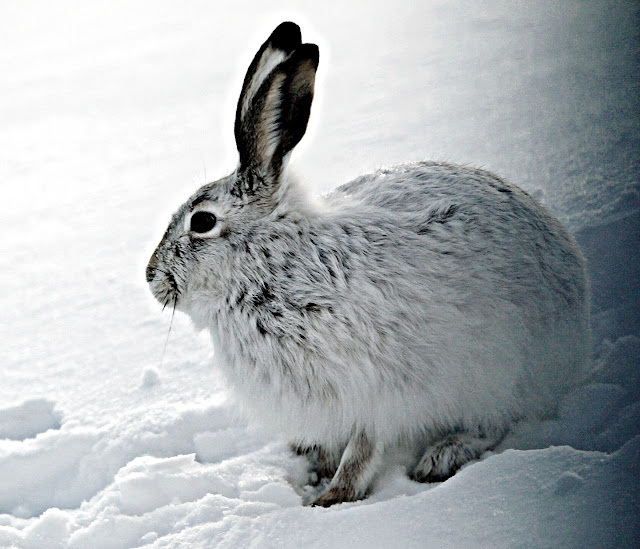 Yep, he made it too.  So far he is thriving and seems to have survived a harsh, long winter.  But Jack?  Watch your back!  The only other animal we have seen inhabiting the back yard? Well his name is hawk...
Posted by Vicky at 1:09 PM