The Moorhead Squirt A team made their debut last night against rivals from across the river, Fargo Flyers.  The Flyers came into the game 9-0, and have been skating together as a team for some time.  Conversely, our team, has only practiced 3 times together.  We had no idea what to prepare ourselves for and watched in nervous anticipation. One of our coached predicted we would lose, 8-2, if we were lucky. 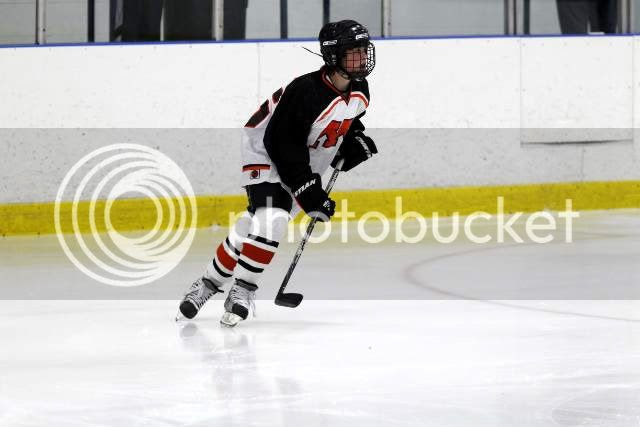 The goalie is tucked into the net with the team surrounding him... they are pumping each other up. 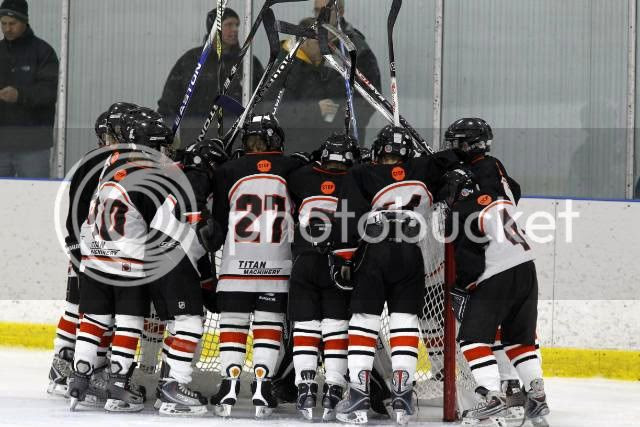 Nolan making a move for the puck. 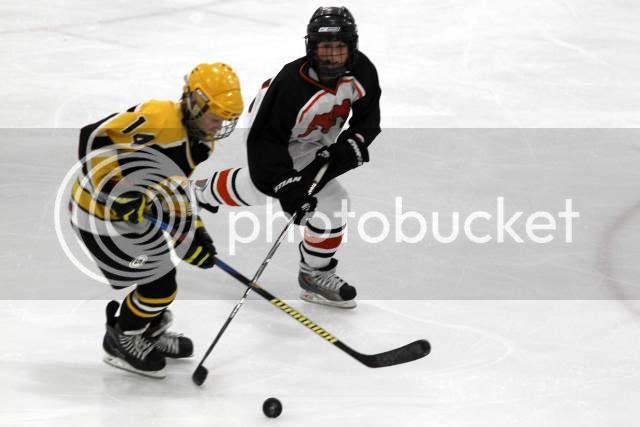 Nolan taking a practice shot warming up our goalie 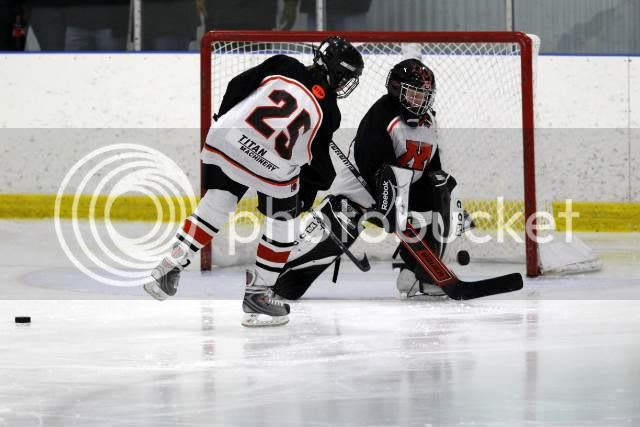 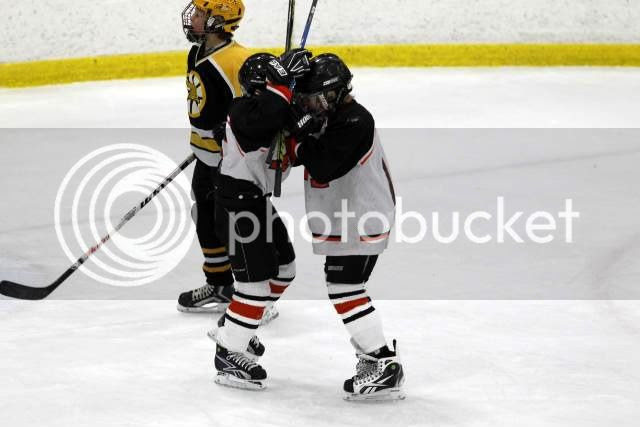 Heading into the last few minutes of the game... time out on the bench... 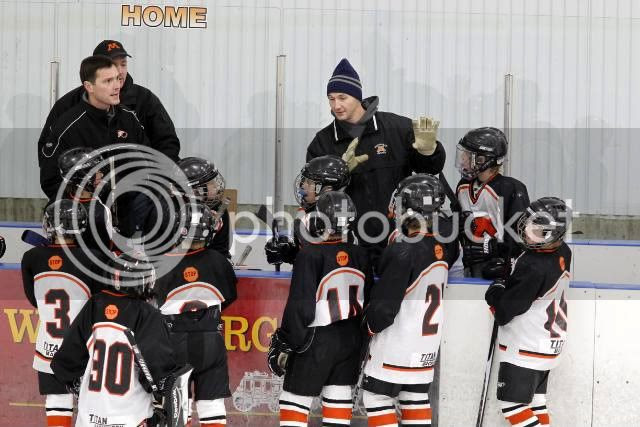 We lost.  4-3.  But I've never seen so many smiles after a game that ended in a loss.  We didn't get blown out.  They boys played with heart.  They passed the puck to each other.  They were physical and didn't back down.  Watch out Flyers, we'll meet again later this year and we're coming for you!
We played our second Squirt A game Sunday afternoon.  Again, we played a team that had been playing already for awhile.  Our boys ramped up their effort, and won decisively, 8-1.  It should be a fun season!