This weekend we were treated to some great hockey by both of the teams our boys play on.  Nolan's team played an undefeated team on Saturday.  Nolan scored the game winning goal, his first goal as a Squirt A, as we beat Brainerd 3-2. Sunday they played a Detroit Lakes team that is perhaps more of a B squad, as we beat them 11-2.  Nolan had one goal and one assist in that game as well.  Its good to see him skate with some confidence and fit in with his team.
Colton's team was short on players, so got to skate double shifts.  I lost track of his goals as he had many scoring chances in his cross ice mini-game.

Even though these pics are from last week, anytime you get to play goalie for your team is pretty special. For one thing you get to bring home the stinky, um, awesome, goalie gear for a week of practice before your game. If you are extra lucky, one of your coaches was actually a top-rated goalie back in the day and has lots of pointers for you.


Colton getting geared up by his Coach/dad. 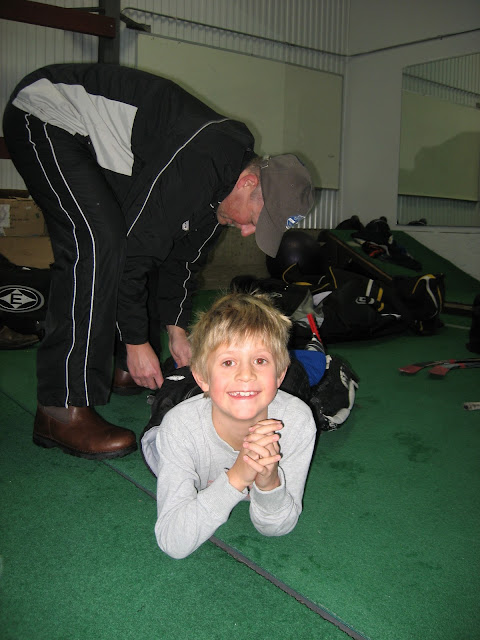 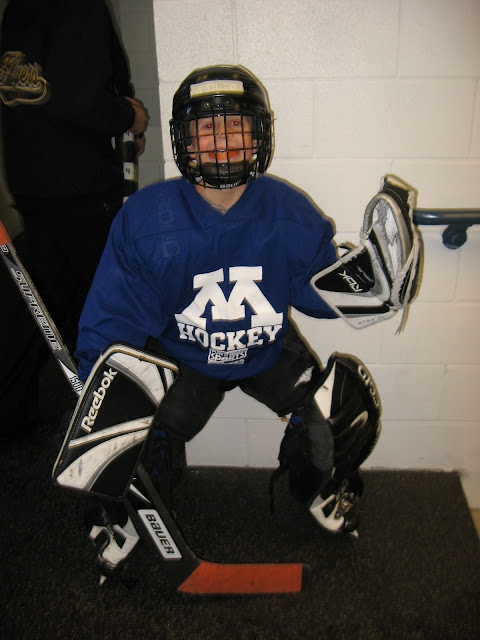 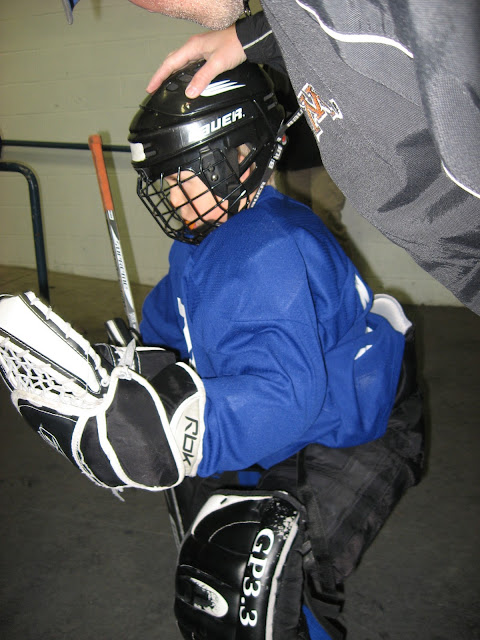 Waiting to take the ice... yes there are always this many people at the rink. 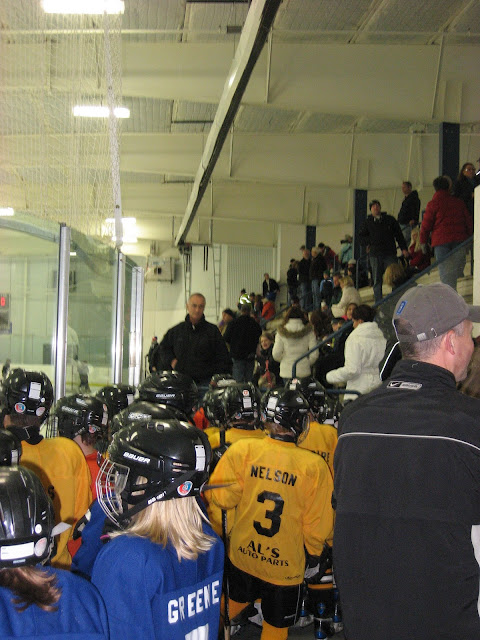 The point where my camera batteries die.  Colton getting advice from a "real" goalie. 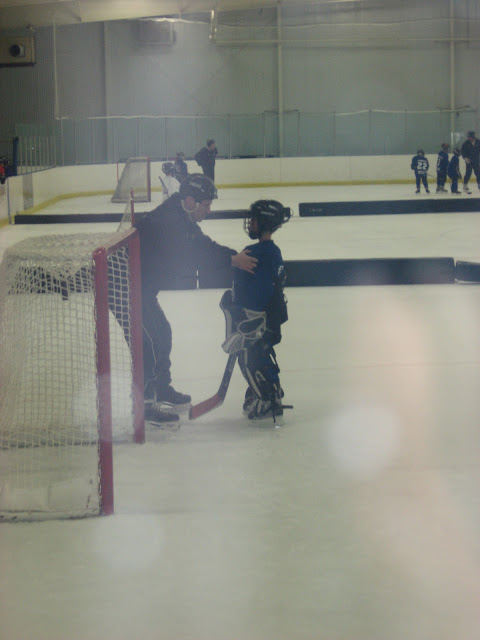 Colton is a very "cerebral" player.  He is skilled in his moves, but he is not very aggressive when he skates.  Playing goalie, is actually a pretty good fit for his demeanor.  The bigger question will be whether or not mom and dad can handle the pressure if he decides to pursue playing in goal.  YIKES!
Posted by Vicky at 10:05 AM