What are the odds?  I can never fully wrap my brain around the statistical odds of not one, not two, but three professional hockey players, all hailing from the same home town.  Not just any town, but our home town.  Three players, three different teams, one small hometown.  Plus, any day now, we fully expect a 4th player to get called up by the Edmonton Oilers.

It was a complete fluke when Rick asked for a press pass from the Wild last summer in June to shoot photos.   His thinking was, if the Wild are playing Carolina, Anaheim, or Ottawa, he would have access to shoot photos of at least one of our guys playing on one of those teams.  A week later we heard the news that Matt Cullen had been traded from Carolina to the Minnesota Wild!

The Wild media guy made good on his word last week. On Wednesday, the Anaheim Ducks came to play the Wild and Rick, with a full media pass, drove down to the game.  He got some great hockey action shots and left excited to return again.


Matt Cullen, #7, of the Minnesota Wild.  Matt Cullen drives through center ice against the Anaheim Ducks in the first period. 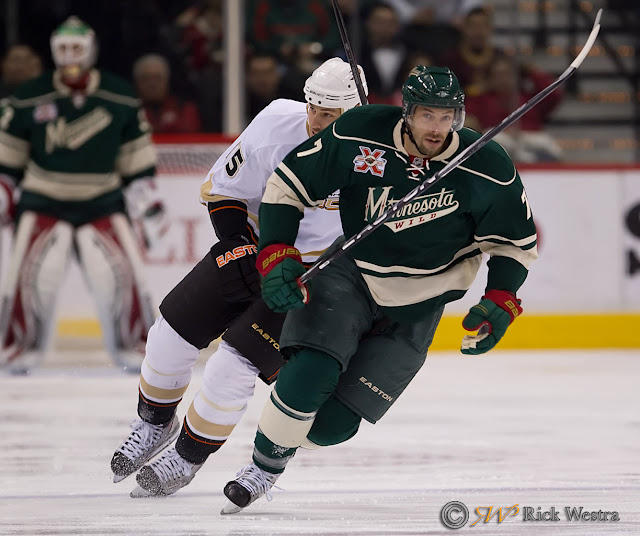 Jason Blake, #33, of the Anaheim Ducks.  Blake curls in towards the slot looking for a pass from a teammate against the Minnesota Wild, Wednesday, November 17th at the Xcel Energy Center. 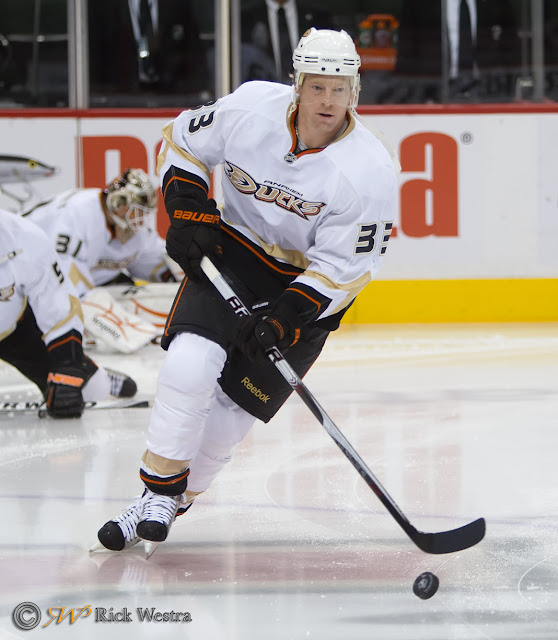 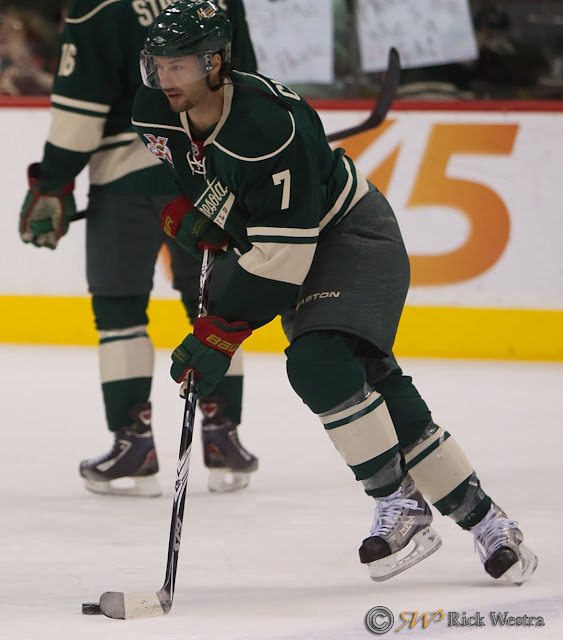 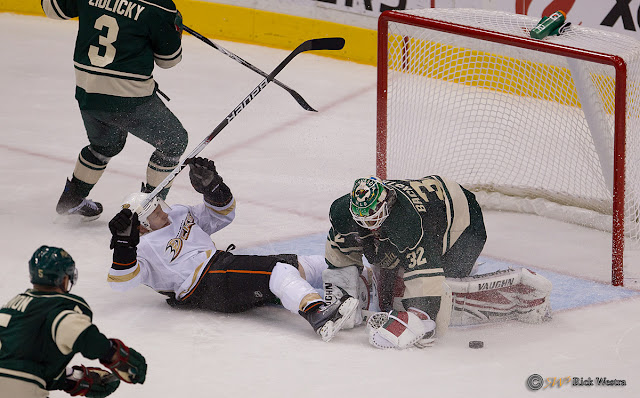 Martin Havlat, the intensity in his eyes is undeniable. 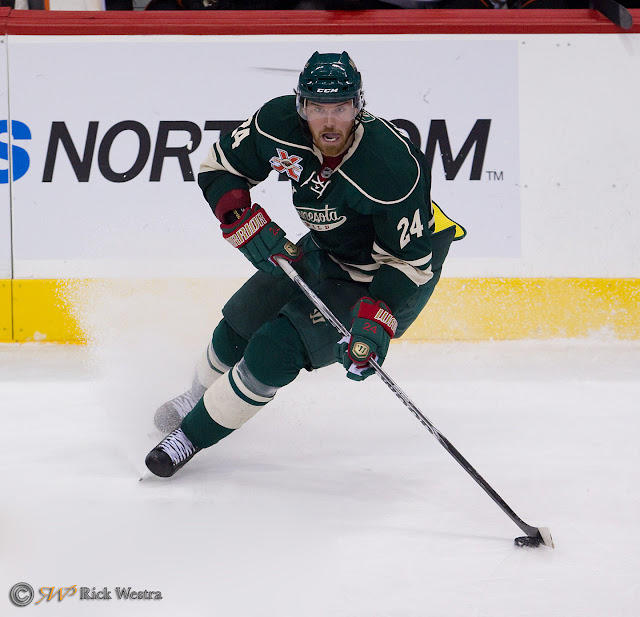 George Parros, #16 for the Ducks, taking aim at Rick as he stood on the bench shooting photos during pregame.    He came at him full speed then stopped short, sending up a spray of ice...  pretty sure he smirked as he skated away. 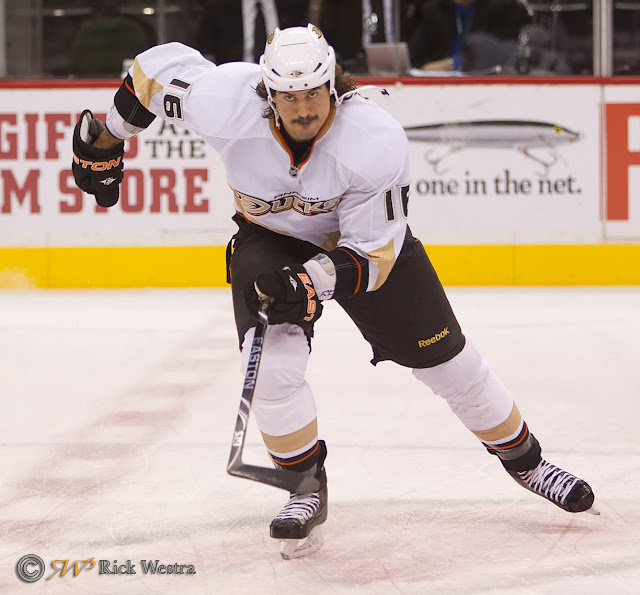 After the game, the players got a few minutes to chat with family that came to see them play.  Jason allowed Rick to stay and snap a few photos of him sharing a few personal moments with his family and friends. 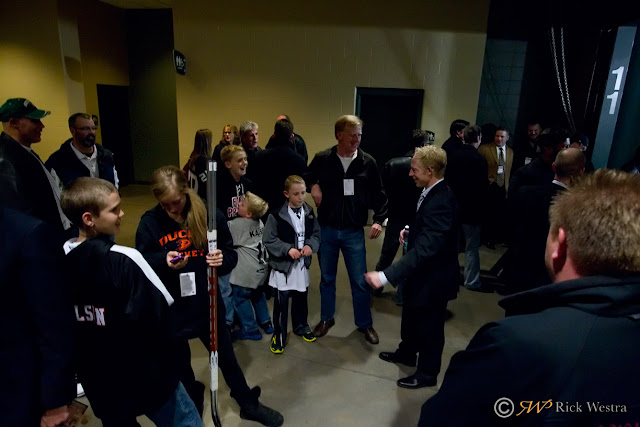 For more hockey news and all of Rick's action shots, check out his site at Spudsports.net.
The Wild won the game 2-1 in overtime.  Our hockey fever is officially ignited!
Posted by Vicky at 4:07 PM