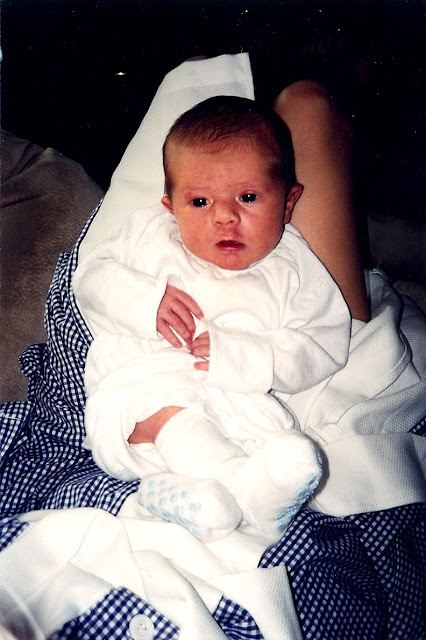 Where did my little boy go?


Ten years ago today Nolan first graced us with his presence.  One thing we can all agree on, he has a flair for the dramatic. His arrival into this world could not have been any more of a cliffhanger than it was. I am convinced my grueling labor and delivery fraught with emotional turmoil was symbolic for the unexpected rollercoaster that is our son.

To this day, he is intense, persistent, kind, unrelenting, demanding, loving, spirited, loud, smart, funny, caring, passionate and has boundless energy.  But that smirk on his face?  Is the biggest indicator of who he is.  Its the devilish grin at the edges of his smile on an otherwise angelic face, that give him away.


You can't help but love him. He has many friends. Many. He does well at school. He is a really good athlete. And he has a soft heart.  He struggles each year with who to invite to his party.  He doesn't truly want to leave anyone out.  Like the year he came home wanting to invite "Taylor" to his party. He kept asking if it was okay. I kept saying yes without understanding what he was asking. So I asked his teacher. I'm not kidding when she teared up. It just so happens that Taylor, is the girl that sits in a wheelchair. She can't talk although she does make vocalizations. She clearly would not have been able to bowl.

Nolan didn't care. His reasoning was that if he were the one in the wheelchair, he would want someone to invite him to their party, so why shouldn't he invite Taylor to his? She could watch and just be part of it, couldn't she? So I called Taylor's mom. And she was both excited and disappointed. They were going out of town. But she was thrilled that Taylor had been asked, and she thanked me. I assured her it was all Nolan's doing.

I have an entire journal filled with "Nolan" stories. If ever there were a book to write, it would be about my journey with Nolan. No story however, comes close to topping his story about God and the sunburn.


When Nolan was three he had gone to play the Sunday golf game with his dad one April day. It was unusually warm that day and got up into the mid 60's. It was just warm enough to catch us off-guard and Nolan experienced his first sun burn. He howled when I gave him his bath that night. He could not fathom how that red got on his skin. We put some ointment on it and put him in bed and he was much better in the morning. 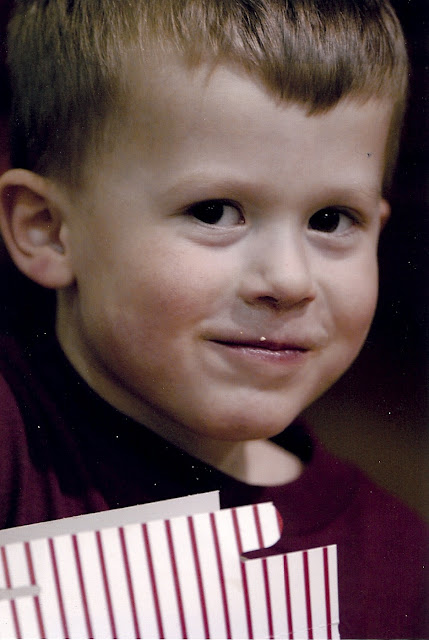 A few days later after his bath he came to me. We'd had one of those days. I was in bed, emotionally drained and exhausted. Its hard to be three. Its even harder to be a parent of a child who is three. I was startled to see him creeping into my room. His eyes were downcast. His voice was somber and serious. "Mom, he said, his voice filled with resignation, "I think I'm dying." I got up from the bed. My mind started to spin.


I said, "Nolan, what have you been doing? Did you get into something? DID YOU PUT SOMETHING IN YOUR MOUTH?"  I was so unprepared for his confession.


"What Nolan, tell me what you put in your mouth?"


"I ate grass once," he said. "I eat dog food all the time. Oh, and I licked the bottom of my shoe. Yesterday I tasted the side of the car and its pooey mom, don't ever put your tongue on it!"


By now I am trying to hold my sides that are jiggling from the laughter trying to escape.


"Now my skin is coming off. Mom, I'll probably be going to heaven tonight. Don't be sad.  I'll miss you!"


I am leaning over inspecting what I realize is his skin peeling from the sunburn and hugging him at the same time.


"Oh Nolan" I managed to choke out.


As I go to get some lotion he tells me he has to use the bathroom. I holler at him to close the door.  He is in there a long time then suddenly comes around the corner and he is smiling. "Mom! I've got it," he says. "Do you think God goes potty? Because if he does, and he closes the door, I'll just sneak down from Heaven when he isn't looking and give you a hug so you won't miss me too much."


And with that he ran back to bed. 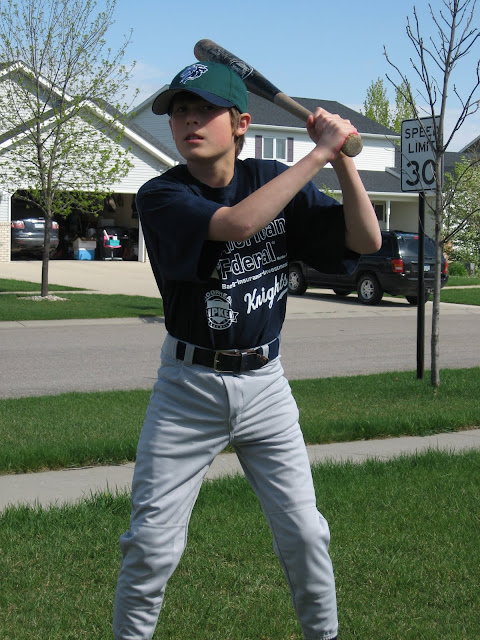 He is a keeper that one. He tries our patience, and manages to find our last nerve. But the joy he brings, the laughter, the unique way of being in this world. He is more, and with that, we are more too. I can't wait to have the rest of this journey with him.