My baby brother turns 40 today!   Its more of a stretch to call him 40 and baby in the same breath, but some things will never change, regardless of how stinkin old 40 is!

The following is a small selection of photos I found from his previous birthdays. Growing up it was only at the special occasions it seems, when the camera came out.


That is me in the photo below and I was already assuming my protective role with him at the tender age of 3. 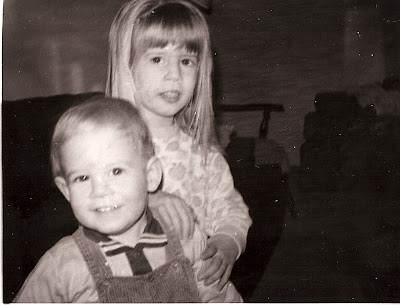 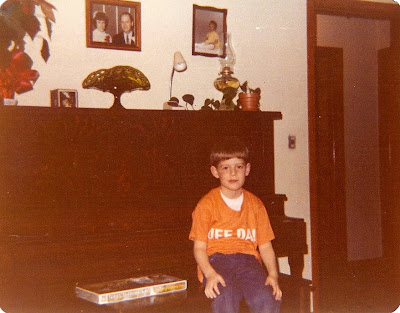 True to our Scandinavian and Minnesota roots, notice the Minnesota Vikings football sweatshirt for Lee's birthday in 1977. It takes a hearty soul to not only survive Minnesota winters, but to endure being a fan of the Minnesota Vikings. When Lee moved to Pennsylvania there was some talk of him becoming a bit of a Steelers fan... but his girls have apparently straightened him out and last I heard he is back in the Vikings fold. 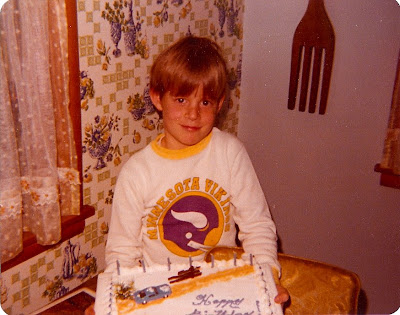 This photo is from 1979 and I don't know which is more vintage, Lee, or the wallpaper and giant wooden fork and spoon in the background? 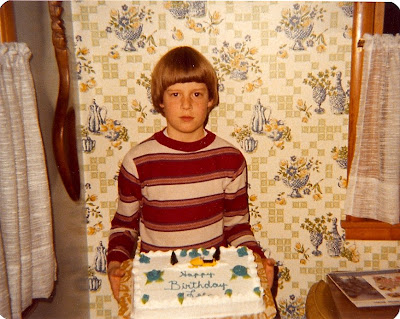 1981 is the last year of birthday photos that I found. I don't know if Lee was truly digging the bass... Perhaps, but what I am really digging, is the Star Wars blanket on his bed. Vintage Star Wars, we're talking vintage! 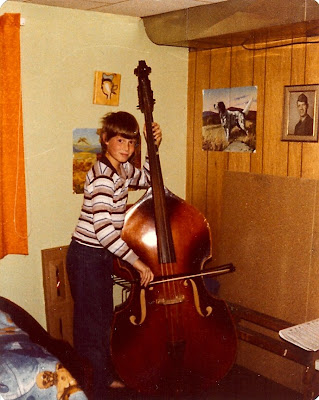 A big gap of time exists in the photos I have. I hope mom has them tucked away somewhere. But I think I raised him well. Fast forward a few years (okay, a lot of years) and the next picture is of Lee becoming a dad. While there are many things I could share with you about my brother, like when he played football in high school and his team won the Minnesota State Football Championship which is an amazing feat, I am certain the day each of his daughter's was born would be what he would tell you made him the most proud.

My favorite story of when Madison was a baby, was that both Lee and his wife Kelly were still teaching elementary school in Houston. And eventually Kelly's leave ran out. But in an effort to continue to keep Madison at home, my brother took a couple of weeks off to stay with her. He called me one day, from the mall, he and his baby girl, were going shopping. 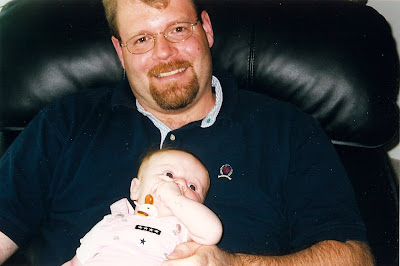 After Alex's arrival Kelly hit the ground running juggling two young girls. It was Lee who called saying how he has lost the car keys and couldn't find his wallet and that two girls suddenly felt like 10. What is more obvious however, is that he adores those two young girls. Rumor has it he even recently learned how to do ponytails in the girl's hair. 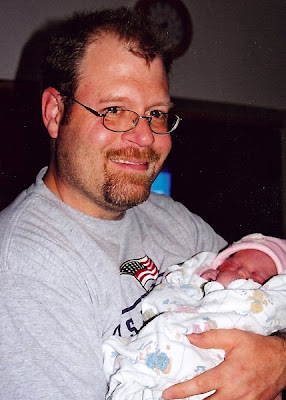 Happy 40th Birthday Lee! You may be 6 foot 4, a father of two, losing a bit of hair on top of your head, and turning 40, but you will always be my baby brother! 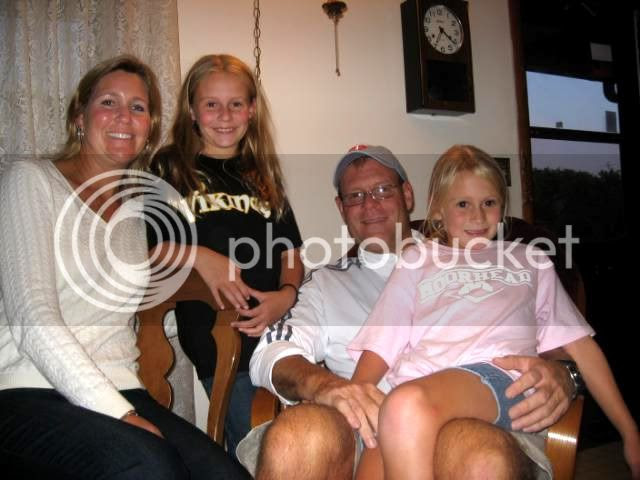 You remember having a rotary phone.

Your first musical purchase was an 8-track tape.

Schoolhouse Rock played a HUGE part in how you learned things like grammar, math and history. (A big hint here is if the only way you can recite the Preamble to the Constitution is by
singing it.)

You tuned in regularly to the adventures of the Bionic Man and Woman, Wonder Woman, and/or the Incredible Hulk.

This rings a bell: "My name is Charlie, and they work for me."

You tuned in regularly to the adventures of the Bionic Man and Woman, Wonder Woman, and/or the Incredible Hulk.
Posted by Vicky at 7:09 AM