“I look out the window and I see the lights and the skyline and the people on the street rushing around looking for action, love, and the world's greatest chocolate chip cookie, and my heart does a little dance.”

This was the view out my hotel room window.  We were on the east side of Midtown Manhattan in New York City. 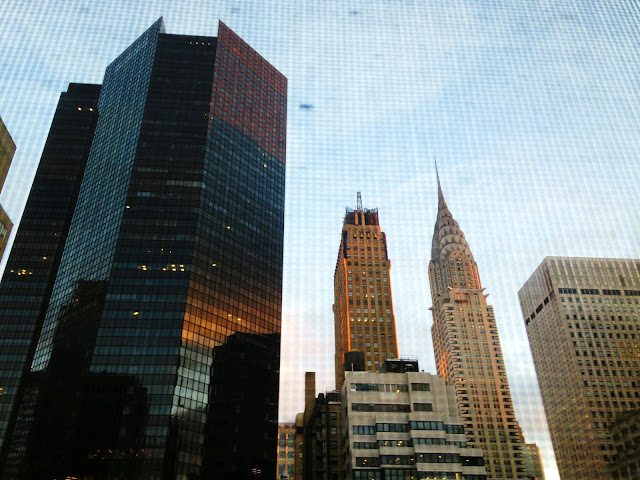 We had a good chuckle when checking into the Tuscany, where we were staying.   We weren't presenting, at the conference, and so the woman checking us in said she saw that it seemed our group all had the standard corner rooms on different floors.  But when she went to check me in she said, "Ohhh, but apparently Vicky is a VIP, and she actually gets a suite!"

So we ran right up to my room, laughing at the thought of ME being a VIP.  So the suite was really cool!  I had a fun sitting area with a sectional couch, a big tv and a corner table and chairs.  There were two huge walk in closets, one set up with an ironing board, iron, and tons of hangers.  The bathroom had a brand new tiled shower with several heads that were so therapeutic, I didn't want to get out.  I would venture to say, those of us with Metastatic Breast Cancer, were the VIP's given the fancy rooms.  I would have to say the Pfizer and Avon Foundation, was very generous and accommodating to our needs. 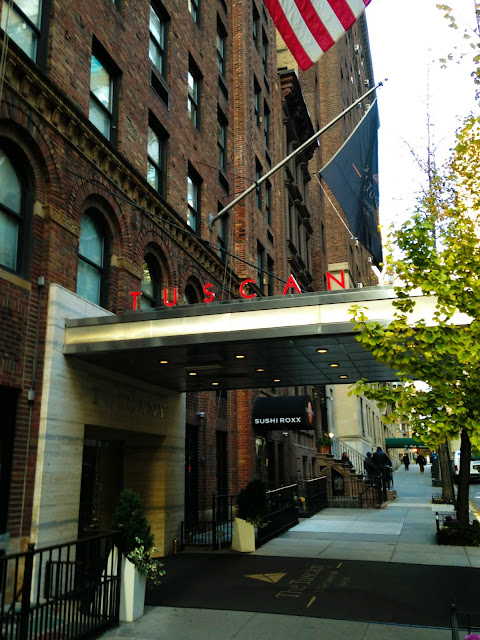 We met each morning down here in the lobby for coffee.  The modern decor was seen throughout the hotel.

And yet, just next door, was a classic brownstone where someone resided.  I loved the hotel being tucked into a neighborhood like this one. 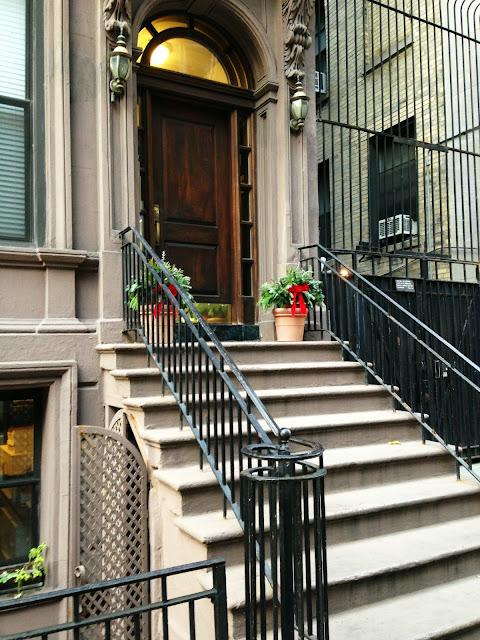 So with the whole late afternoon stretching out before us that first day,  we were off after throwing our bags in our rooms.  It was drizzling outside, and yet the temps in the mid 40's felt warm.  I was so enamored with every little thing, I could have stopped and shot photo after photo, despite the fact we were on our way to find something to eat. 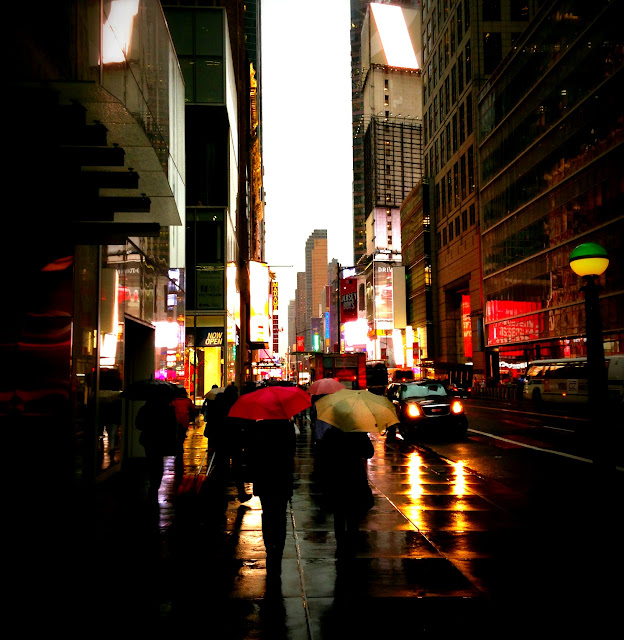 But first we spent some time in Time Square, trying to take it all in. 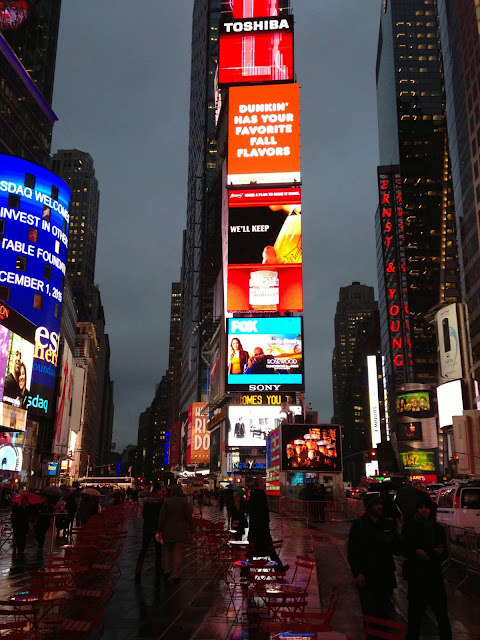 And the something to eat?  Did not disappoint!   How about hand made gnocchi?  So yummy. 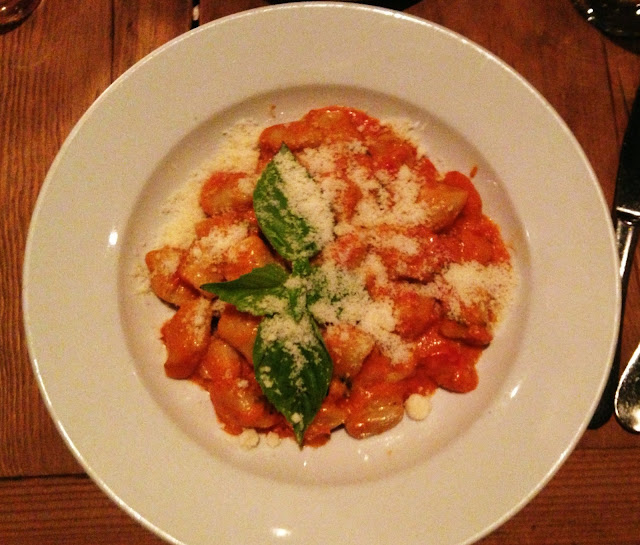 To finish off the meal we shared a vanilla bean panna cotta for dessert. 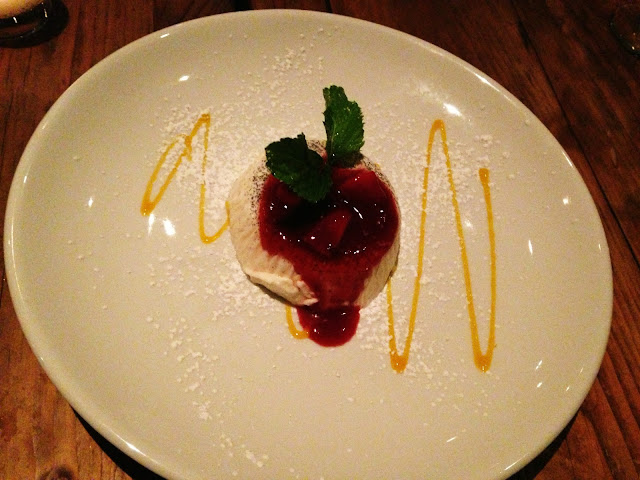 And then we were off again.  Headed out to find our next big adventure. 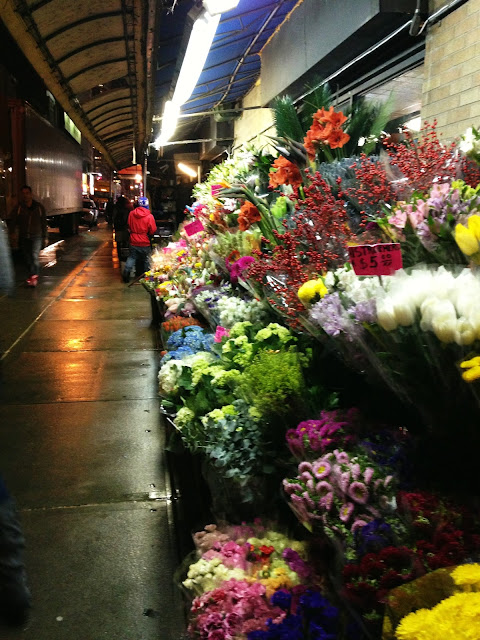 And suddenly around the corner, there it was!  The Gershwin theater, where we would see Wicked, that night!

Jenna did such a great job getting our seats! 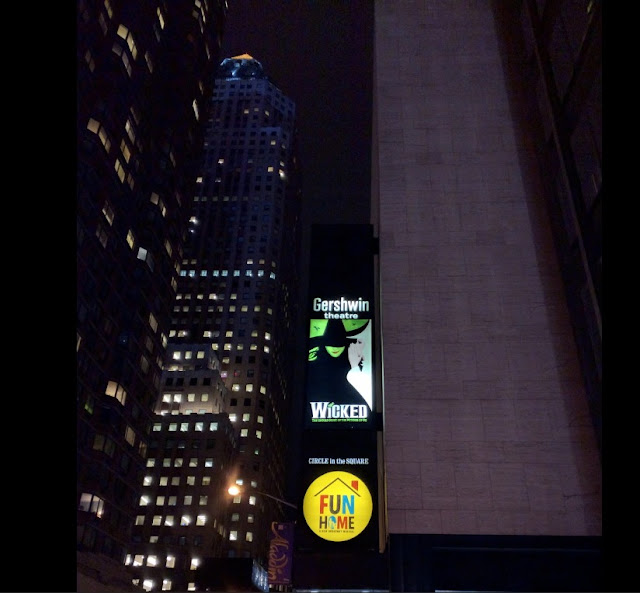 We couldn't take many photos, just a few before the musical started.  But when it did, I was completely entranced!  I could easily go see it, again, and again. 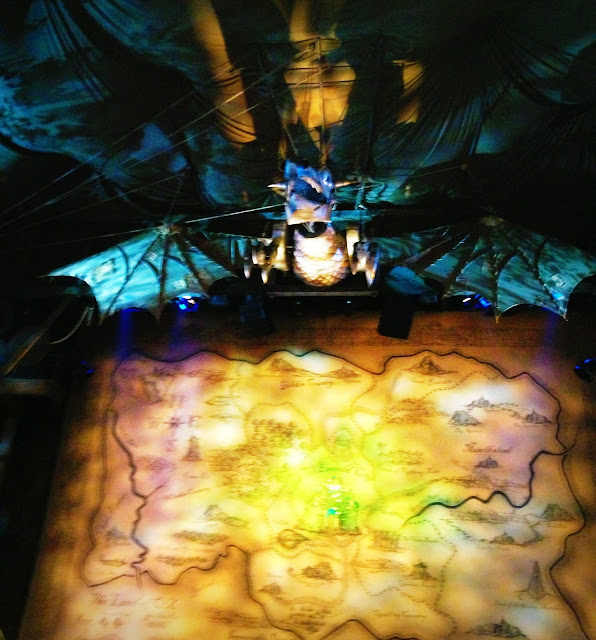 But in true New York style?  Who would have guessed, the biggest adventure was still awaiting us just around the corner?

As we exited the building,  numerous taxi's were waiting, as well as a bunch of  bicycle pedi-cabs.  It was the young driver of one of these that won us over.  He felt he could get us back to the hotel in 10 minutes!  So why not?  We climbed in, and quickly figured out we'd better hang on!!  We had no earthly idea of the path he would forge- right through the middle of traffic!  He didn't pick a lane- he would zoom all the way to the left across ALL the lanes of traffic, and then as we shifted all of our weight trying to hang on- a car would start to move into our path, and next thing we knew- we were careening sharply back the other way.  His turns were wicked sharp, and left us clinging and lunging and squealing and laughing till our sides hurt!  We'd try to squeeze in our shoulders as we seemed to be in the direct path of taking out a mirror on a parked car, but he'd veer off sharply just when we thought we were toast!

So TWENTY minutes later, he pulled in front of our hotel and took this photo of us.  I haven't laughed this hard in soooo long.  It was the perfect ending to our night.  And we had SO much more to look forward to.  I collapsed in bed, and happened to see that I had walked 9,999 steps that day- 1 step short of 10,000 (4 miles) which is a small miracle for me.  But then, who could have anticipated how much more would happen the very next day? 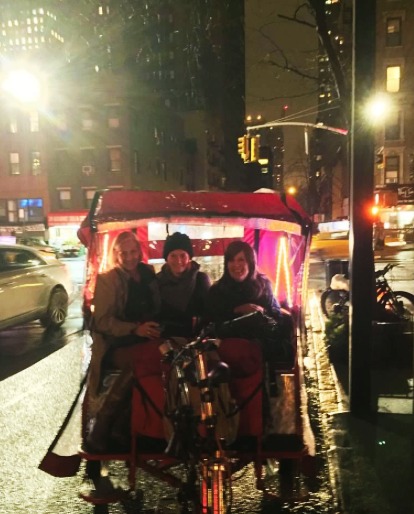 Dr. Panwalkar met with me Tuesday, and brought Ravi, a 3rd year med student with him.  Dr. Panwalkar took his time in responding to my question about what treatment to try next?  He said he'd need to give it some thought, and mentioned one we've done before... but it was evident he needed to mull it over.  So in the meantime, I agreed to give the weekly taxol another try to see if I could tolerate it any better- and I'm still doing the Perjeta and Herceptin, along with it.  I have scans in a couple of weeks and will see Dr. Panwalkar right after Christmas.

So Dr. P walked us out of the exam room and then grabbed my arm before I turned, "I won't see you before, so Merry Christmas," he said.  It caught me off guard, and without saying a word I reached up just as he leaned over and hugged me, as I whispered, Merry Christmas to you, and yours, Dr. P."  And with that, he was gone.  It was the part of the appointment, I hope stays with Ravi, when he is someday seeing patients of his own.

So I'm feeling pretty yucky, but hope that it will pass in a few days.  We have a big weekend of hockey, and I hope to make it to the boy's games.