Jesus Calling, Sara Young, "Trust Me… and don't be afraid.  Your routines are not running smoothly...  Let Me lead you to the rock that is higher than you and your circumstances.  Take refuge in the shelter of My wings…"

Spring resides IN my house, but outside?

(Thank you to Nancy for the beautiful tulips!) 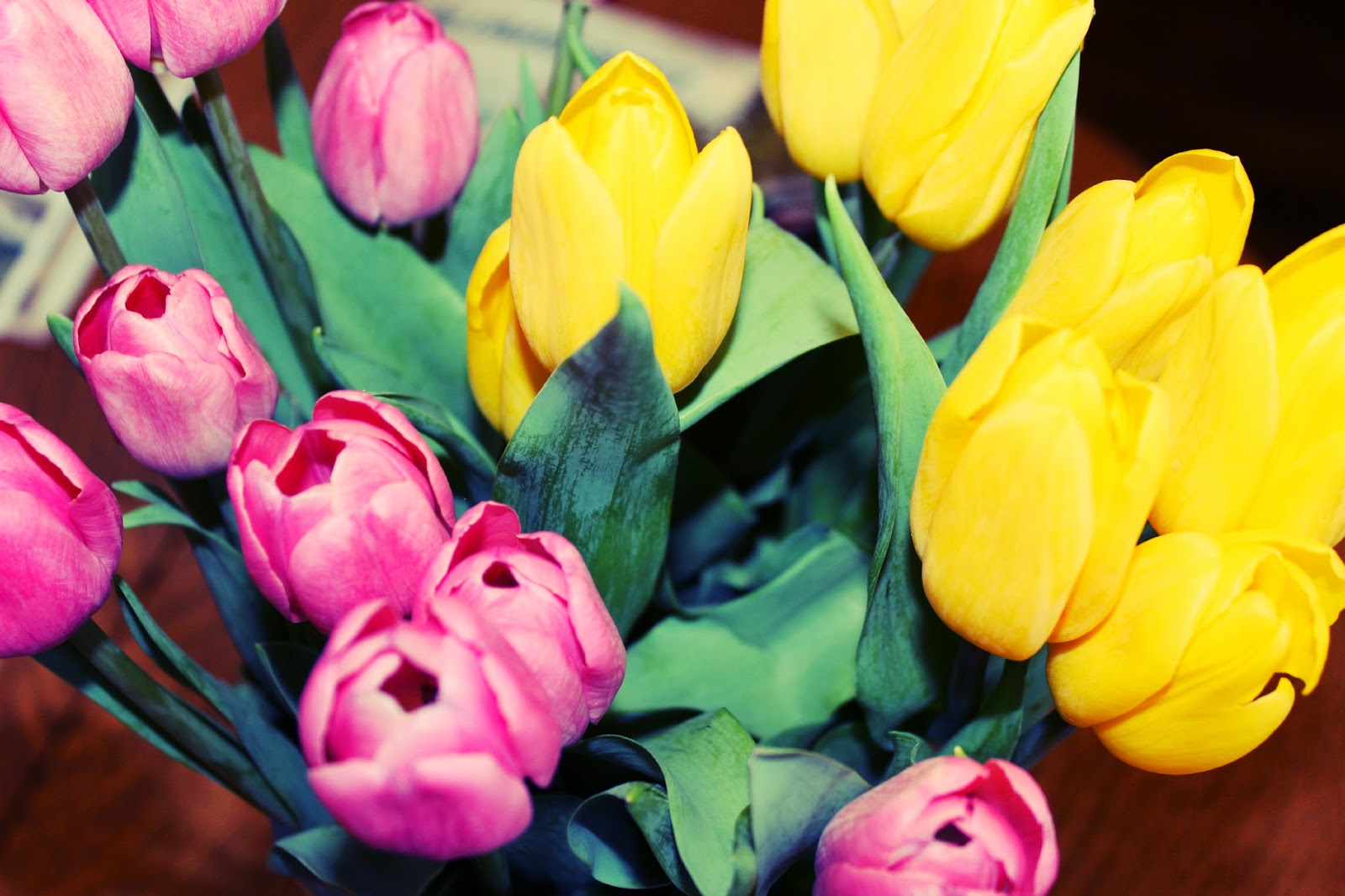 Not so much spring… this story is getting old. 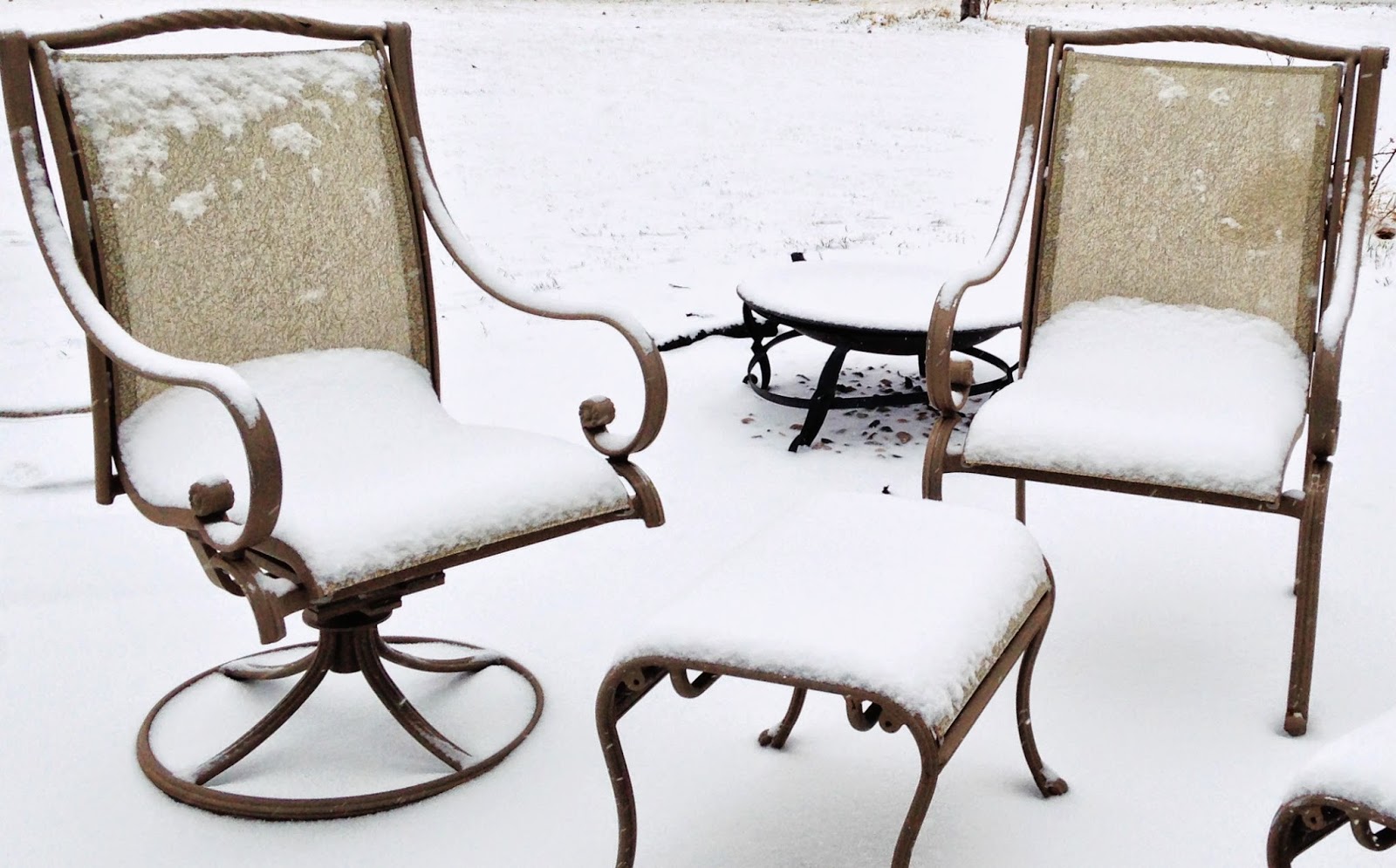 Thankfully, the hockey has been great.  Nolan's new AAA team was undefeated in their first 3 games of this past weekend's tournament, which put them in the championship game last Sunday.

Nolan scored just a couple of minutes into the game and we got off to a quick lead. 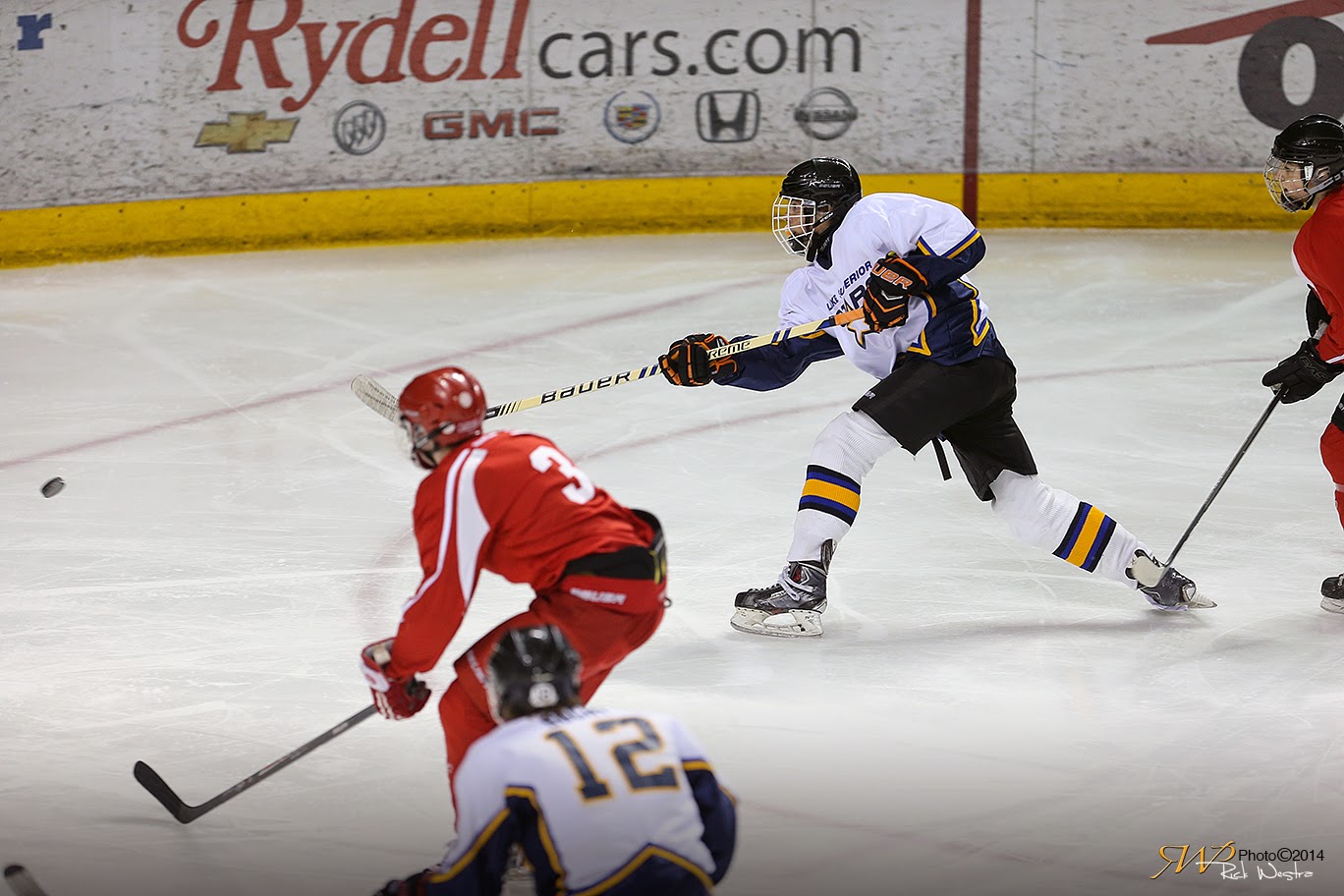 Here he is celebrating with his team mate. 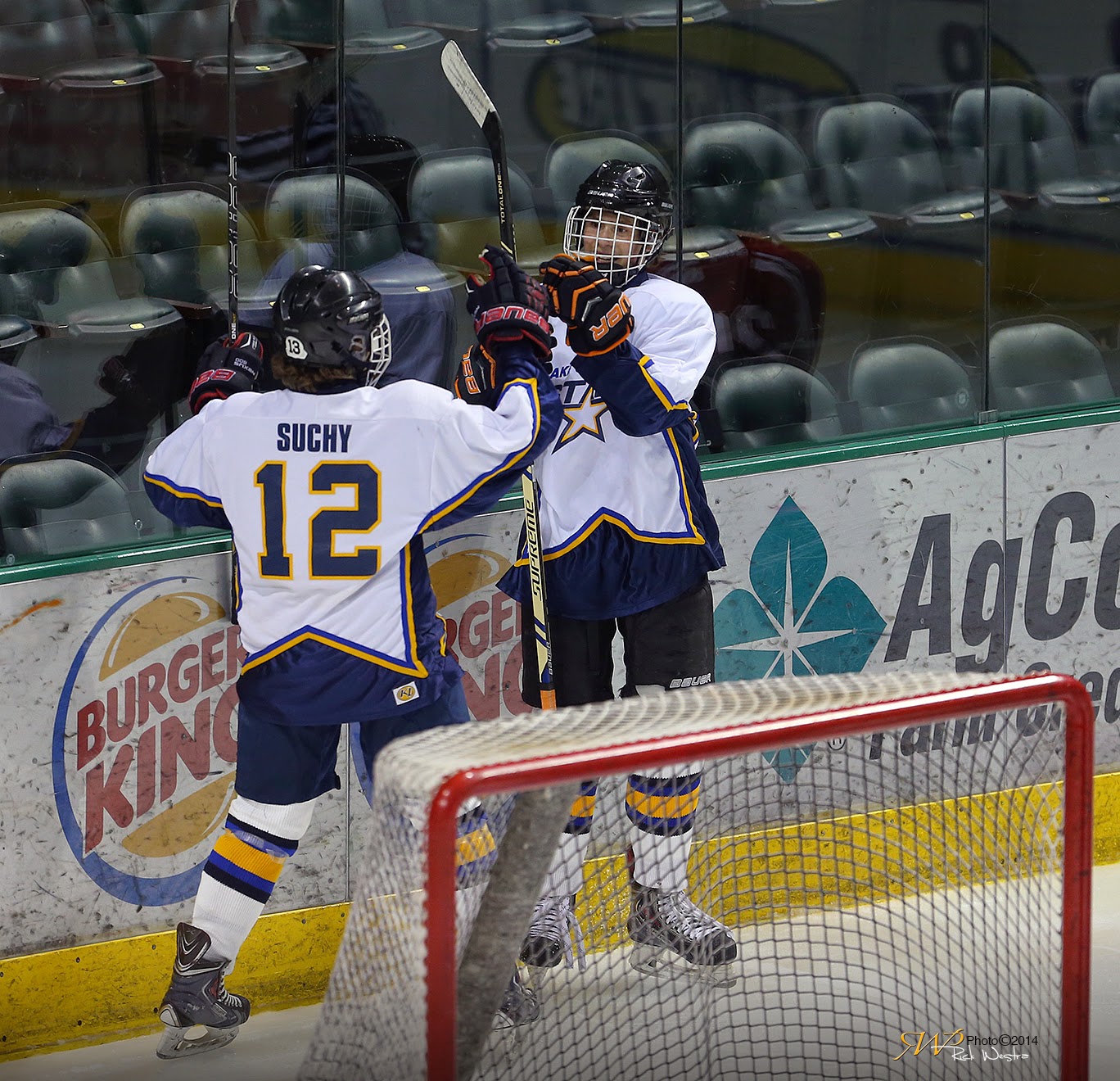 Then he quickly buried another in the net for a 2-0 lead. 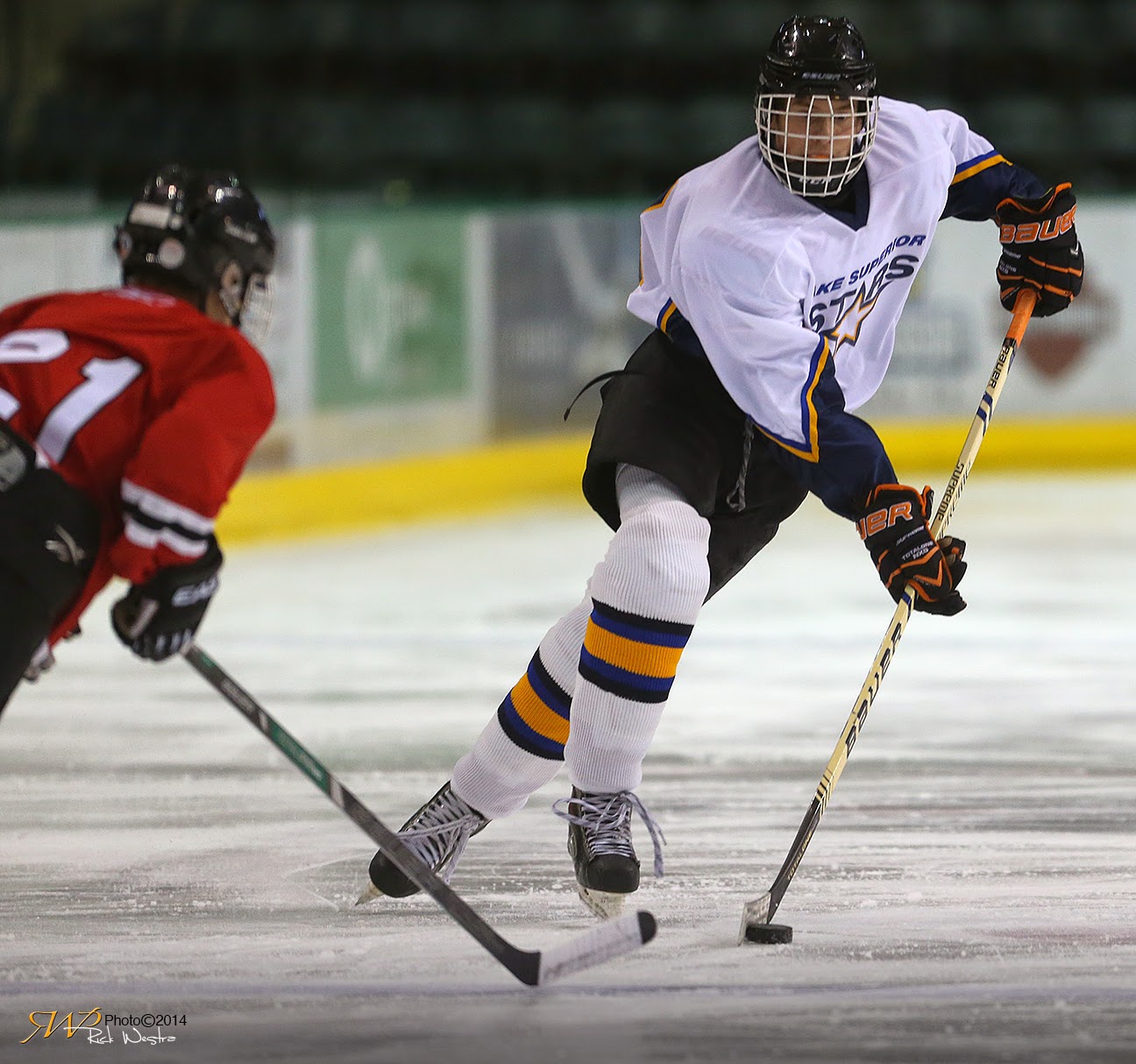 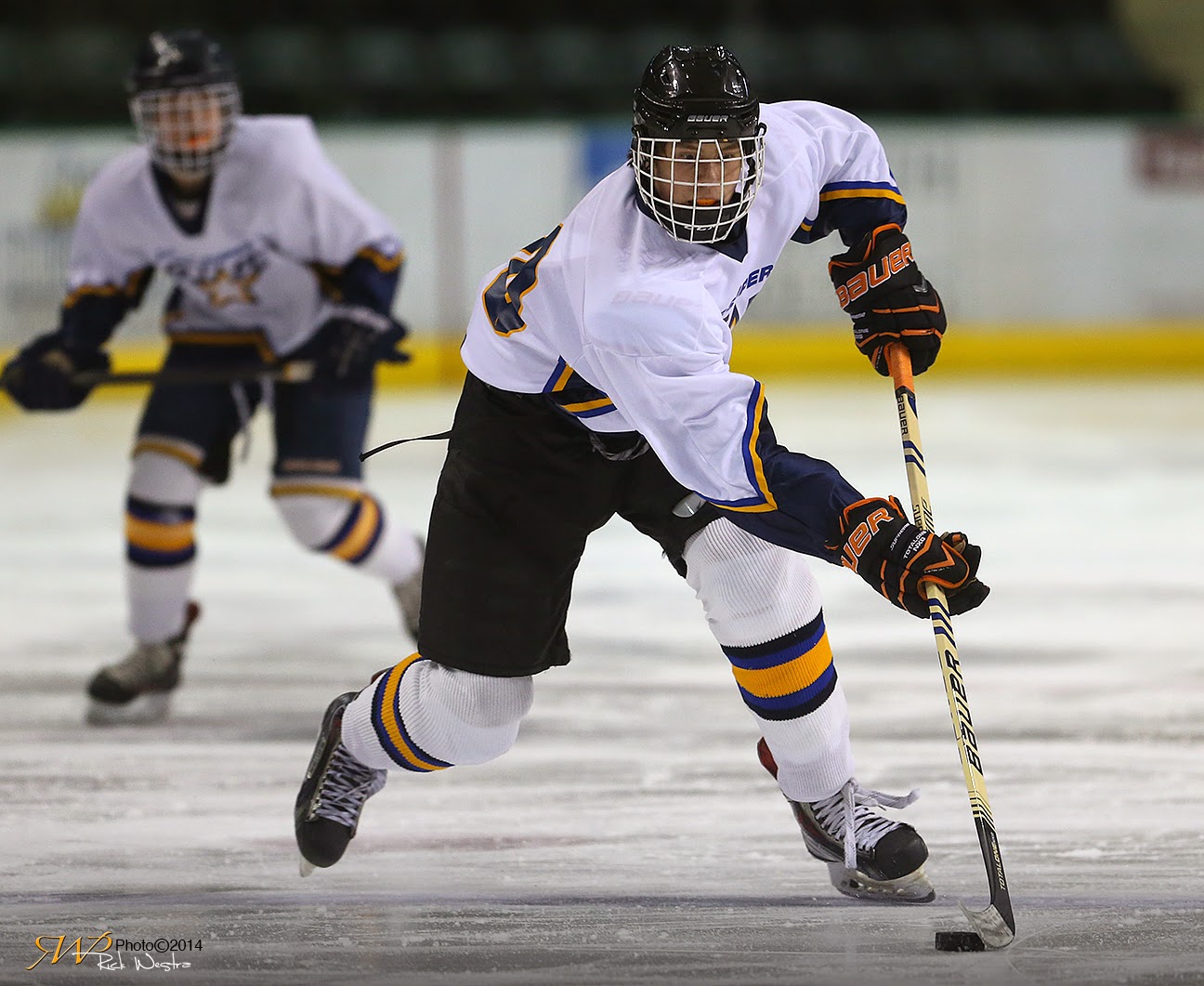 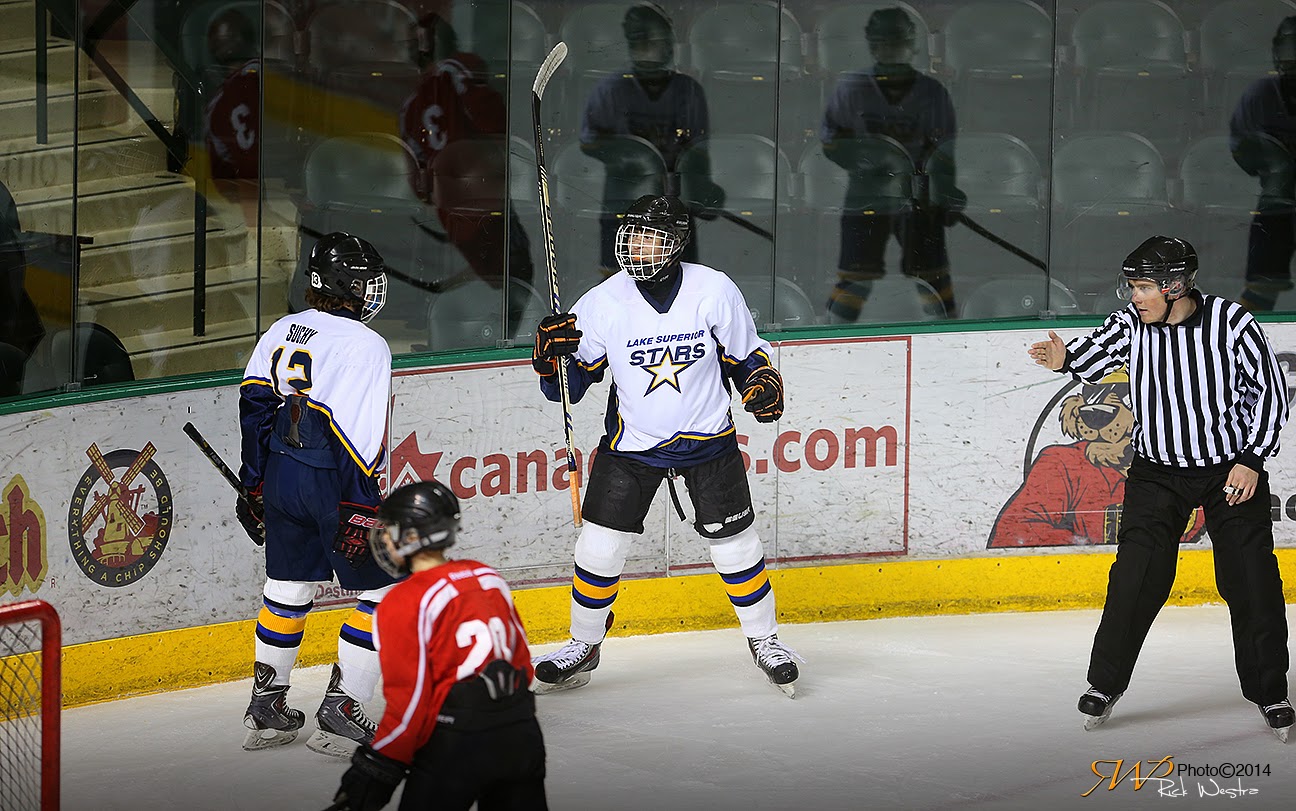 But then, the other team scored a few goals too.  Nolan closed the gap with his third goal of the game, and got a hat trick.  But, with minutes left in the game we were down 7-6.  One quick time-out and we pulled our goalie for an added attacker.  We just couldn't bury it in the net.  They scored an empty netter, and we ended with second place. 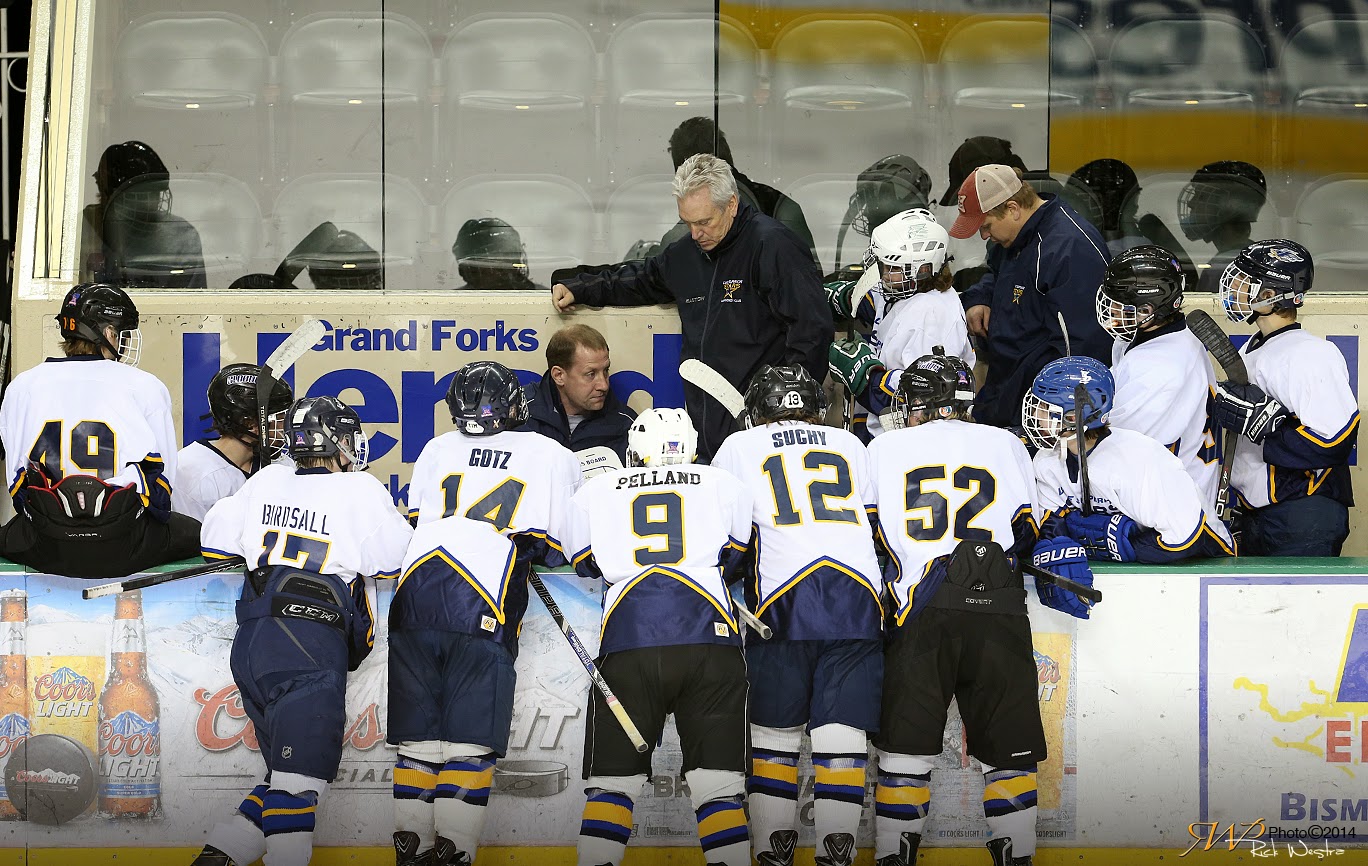 It was on the ride home Nolan told us about his injured arm.  He had gotten his hand bent back by a defensemen he hadn't seen coming his way.  By Monday morning it was swelling and painful.  He went to the athletic trainer at school who suggested we get him in for X-rays the next day.

We were so well taken care of at Sanford Orthopedics Sports Medicine.  Dr. Noonan wasn't able to clearly delineate whether Nolan had fractured his growth plate or not, based on the X-ray we had done.  We decided to put the cast on his arm to immobilize it, and stop all activity with the arm for the next couple of weeks.  We will re-visit, and do a new set of X-rays the end of next week.

This is one sad boy, who bravely played hurt and scored his third goal with an injured arm, in the hopes of winning the game.  The next few weeks will be a tough lesson in learning to adjust in not having the use of his arm, and not being able to play hockey like he so loves to do.

Yet, in the grand scheme of things, we are grateful parents, who know how much worse this could have been. 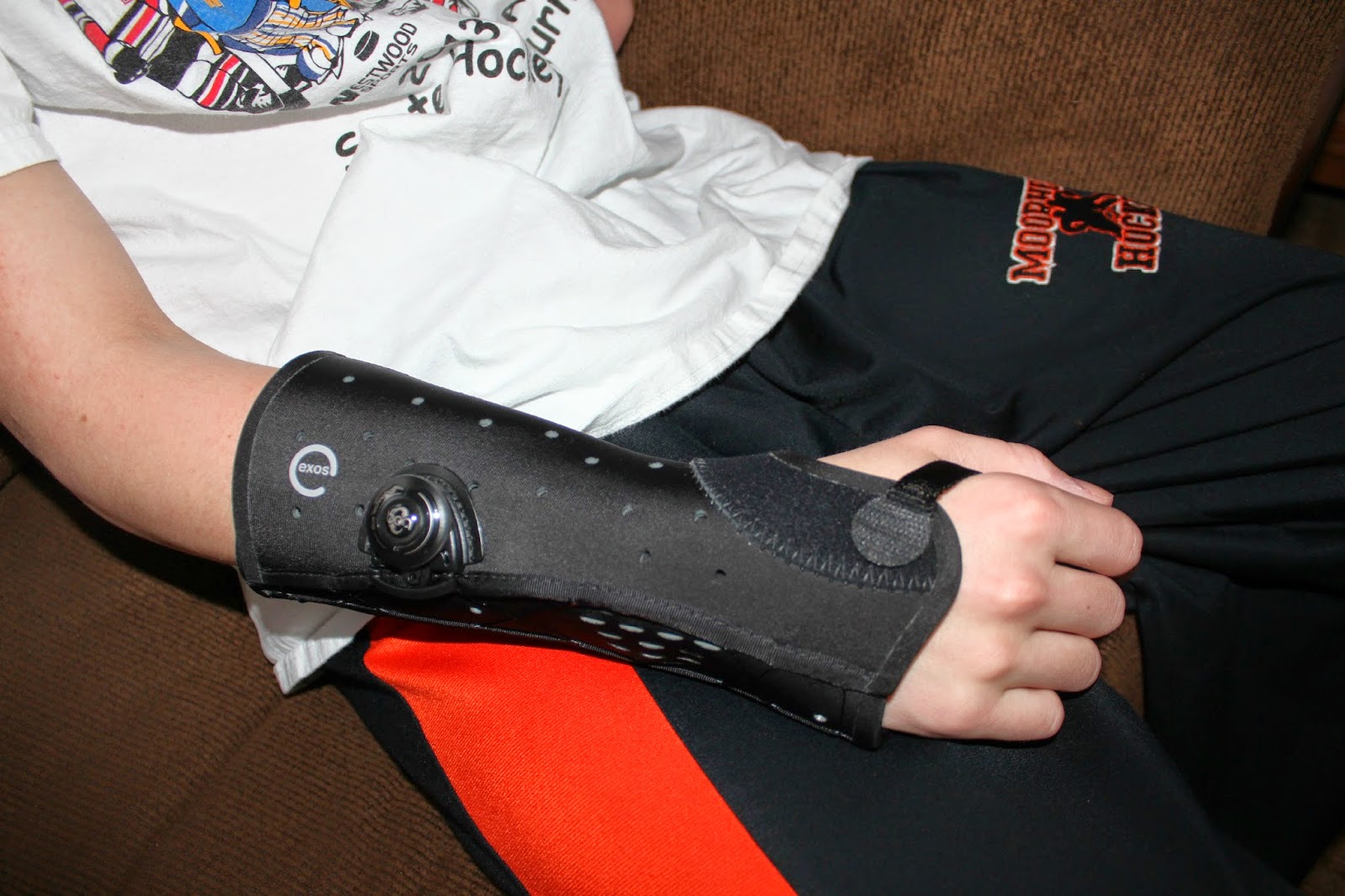 Sara Young- "When you are shaken out of your comfortable routines, grip My hand tightly for growth opportunities. Instead of bemoaning the loss of your comfort, accept the challenge of something new.  I lead you from glory to glory, making you fit for My kingdom…"