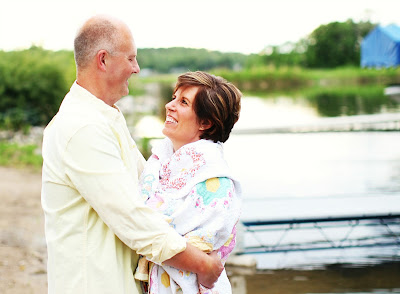 Strength does not come from physical capacity. It comes from an indomitable will.
Mahatma Gandhi

I'm sitting in one of the new exam rooms in radiation oncology Friday morning.  A part of me still can't believe I scheduled myself to find out my brain mri results on Friday the 13th.

But in keeping with embracing what is, I decided not to yield to superstition.

So as Rick and I sat making small talk, Dr. Foster opened the door and greeted me, "Hello, Mrs. Westra."  I smile at the formality and fight the urge to look for Rick's mom, the only Mrs. Westra I think of when I hear that name.

Dr. Foster proceeds to go over the last 3 months of history with me.  He asks lots of questions and then asks to examine me.  He listens to my lungs, my heart, and runs his hands over my neck and under my arm checking lymph node status.  He, too, asks for my help in making sure he is feeling the enlarged, but tricky node, under my arm.

He then says "well I will go confer with my notes, and be back to discuss treatment options with you in a few minutes."

Ohhhhh shoot, I think. These are the exact words he had used last time.  I sit back down next to Rick and throw my hands in the air.

I'm surprised by the level of peace I feel.  Whatever news he has to share about my brain mri, I feel prepared to embrace it.

It seems like a long time before Dr. Foster returns.

He sits down and instead of bringing up my mri, grabs a copy of my last PET scan as I confusedly look on.  As he brings the report forward, in an almost offhand way he says,

"Oh, your brain mri looks good.  Some shrinkage and some spots have disappeared.  So that's all good."

And my world just pauses right there.  I almost want to ask him if he is sure because this is the thing that has been on my mind the most.

But he is clearly moving onto something else.

He proceeds to ask me in more detail about some of the notes on the PET scan.   He shows me that the radiologist who had read this report had mentioned an area in my skull that he was interpreting as metastases.  But Dr. Foster didn't interpret the findings on the scan in the same way.  So he went to another radiologist, who after seeing the scan, actually agreed with Dr. Foster.  They both felt what they were seeing was not metastases at all.

I can see the enthusiasm Dr. Foster has for this conclusion.  He has clearly gone out of his way, and taken his time, to research all of this in his own time.  This I think, is part of answered prayers.

He then proceeds to bring up my lung mets.  I smile as I tell him, that was in fact one of the discussions I had wanted to have with him.

I also have been doing my own research.

Basically, there are two routes we could go, and Dr. Foster presents them both.

We could do 15 targeted radiation treatments to my right lung with the hopes that we would knock the mets back.

Or we could opt for a more aggressive approach.  We could try to obliterate those mets, with 5 targeted shots of stereotactic radiosurgery, just like what we did to my head.

Each session would last about 45 minutes and I would have to lie still, my arms back, over my head, with a bean-bag like form placed around me so I don't move. Fortunately he mentions Xanax being involved as well- thank goodness.

I do however, find myself smiling again at the "obliterating tumors" images prancing through my head.  When I ask him what he would go for if it were him, or his family, he doesn't hesitate to say "aggressive treatment".  Inability to swallow and or esophageal distress are part of the side effects, along with risk of exposure to my heart, and burns on my skin are the main risks involved. I shudder as I recall the lidocaine solution I used to swig by the mouthful to numb my burning esophagus and the eventual oxy I needed to take.

He then goes on to say the other spot that we should probably consider treating, is my lymph node under my arm.  It simply hasn't responded to chemo and it is time to consider radiating that spot as well. This treatment would take 15 rounds of radiation.  The major risk factor is Lymphedma, or swelling of the arm, but he considers my risk low since I've not had any surgery or lymph node removal previously.

I'm still trying to digest all of this.  And trying on "indomitable" for a bit, to see if it fits.

Thank you to all of my prayer warriors, I feel the presence of those prayers working in and around me and they continue to honor and humble me so.